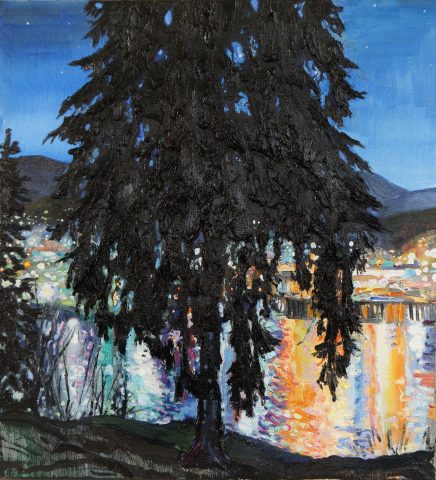 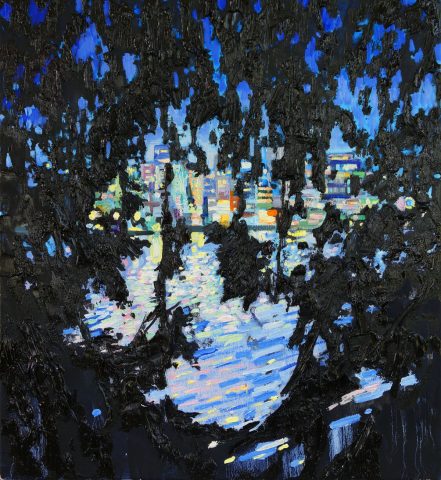 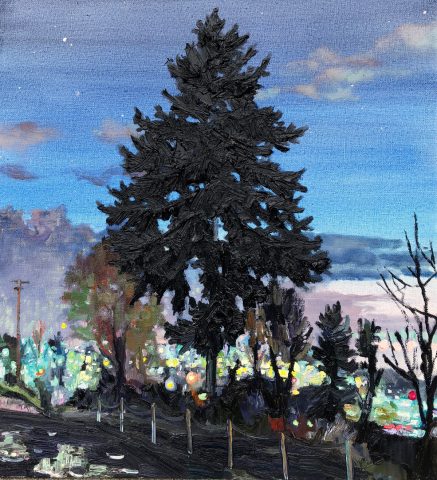 Jeremy Herndl was born in 1972 and received his MAA from Emily Carr University of Art + Design in 2011 and his BFA from NSCAD in 1996. Since 2010 he has participated in exhibitions at the Surrey Art Gallery, Open Space Art Society, Two Rivers Gallery in Prince George, BC and GoCart Gallery in Visby, Sweden.

The recipient of many grants and awards, Herndl most recently received the BC Arts Council Research and Development Grant (2018) and the Elizabeth Greenshields Foundations Grant (2017).

His work is in the permanent collections of the Surrey Art Museum, University of Victoria, Alberta Foundation for the Arts and the Department of Foreign Affairs and Trade, among others.

Jeremy Herndl’s most recent body of paintings focus on a series of evening paintings that explore the veil between the natural and the human world. These landscape paintings are somewhat autobiographical but at the same time are about a collective experience. Herndl feels that landscape is really about humans. He seeks to reflect those who work and live in each landscape and wants to create an emotional rapport with place.

“My research focuses on contemporary ideas about nature. This includes research into phenomenology, ecology and indigenous concepts of singularity with the natural world and its inhabitants. Historical Western ideas of nature have been problematic from dualistic thinking to the colonial-covetous gaze and ultimately the devastation of natural processes that sustain life.

My practice aims to recontextualize the tradition of landscape painting into a conceptual framework that engages with time, labour and an attitude of receptivity and service. My experience of painting from life is that after a long period of looking and responding, I become alert to incidental changes of light, colour and shadow. Places and objects, when observed over time, are mutable and I attempt to index the changes. With this kind of deep attention and study, a kind of empathy and rapport evolves between the painter and place and the painting that unfolds in a nexus that chronicles this interaction. In this way, I seek to serve the agency of place, engaging with ‘nature’ not as something other or outside of the self but inclusive of it.” 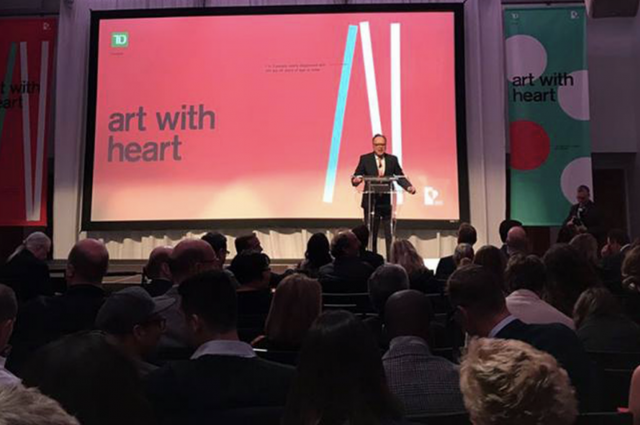 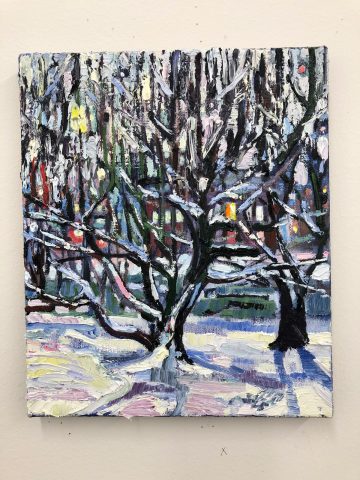 Jeremy Herndl is currently in Vermont for a 6-week artist residency at the Vermont Study Centre. 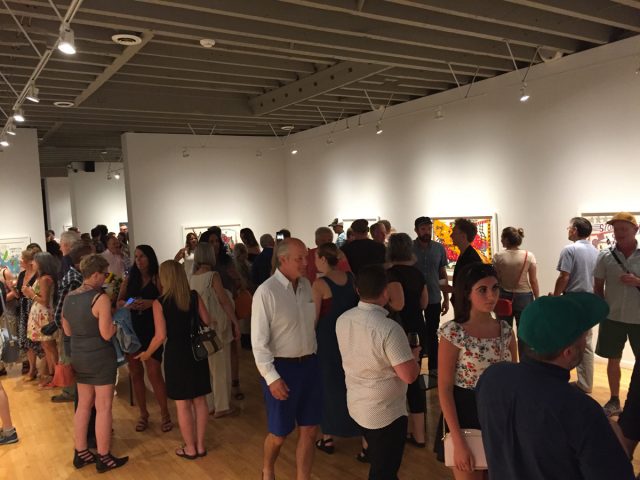 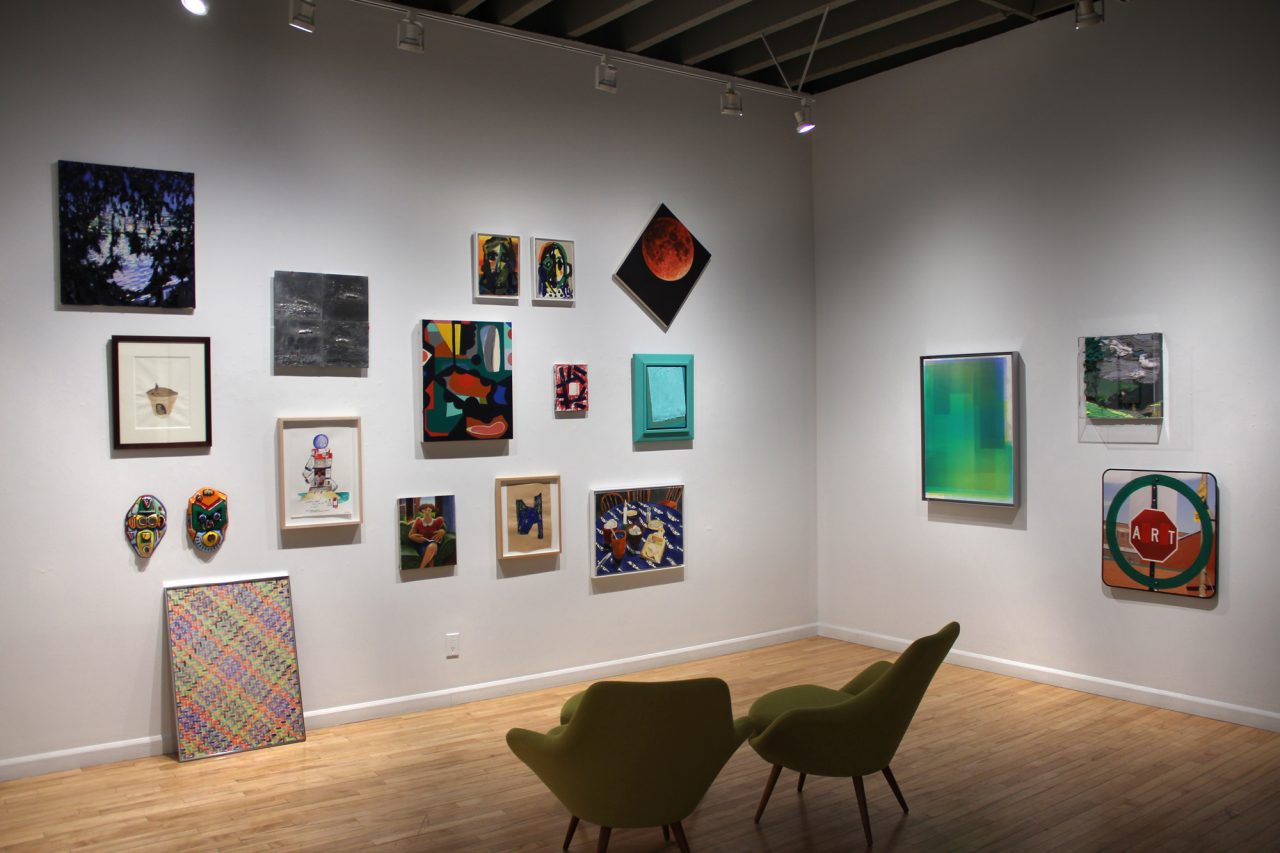 “Small Gems II” – November 30, 2019 – January 4, 2020   For the month of December in our middle gallery, we have hung salon-style “Small Gems” by gallery artists. Often small works of art are overlooked during exhibitions. The artwork included in our show represents new additions to the gallery as well as gems […] 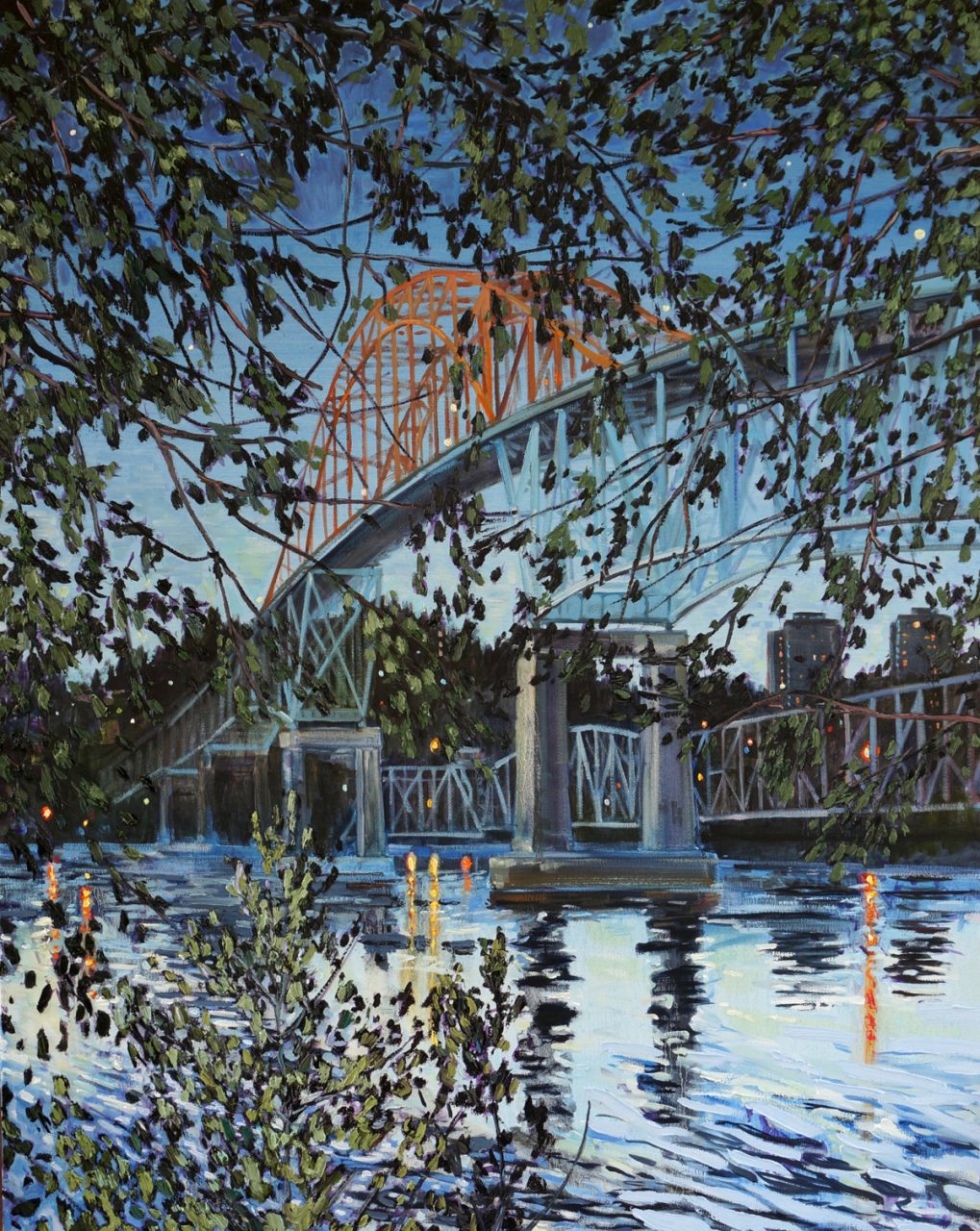