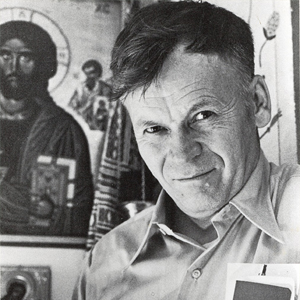 William Kurelek (1927-1977) is known for his illustrative narrative paintings that were influenced by his childhood on the prairies, his Ukrainian-Canadian roots and his conversion to Catholicism.

Kurelek, the eldest of seven children, was born on a grain farm in Alberta to Ukrainian-born parents. As a young boy they moved to a farm north of Winnipeg, Manitoba, which was influential in the development of his childhood and a source of inspiration for his future work. Eventually he enrolled in the Ontario College of Art in Toronto where he studied the Mexican muralists Diego Rivera, David Alfaro Siqueiros and Jose Clemente Orozco. Mostly self-taught, Kurelek travelled to Mexico to study under a master painter and became aware of broader social issues, poverty and social issues.

During the early 1950s, Kurelek began to suffer from depression and emotional problems. He travelled to a psychiatric hospital in London, UK where he was treated for schizophrenia. During his treatment he was encouraged to paint, making self portaits, trompe l’oeil paintings of stamps, coins and fabric fragments and illustrative, detailed surrealistic paintings.  His mental illness also brought about a spiritual renewal where he began taking Catholic correspondence courses and eventually was baptized in 1957.

After Kurelek’s time at the hospital, he began working for F.A. Pollak Limited, a high-end framing shop and restorer in London. Here, he learned the art and craft of constructing intricate frames, which would serve him well when he returned to Canada. In addition to his unique paintings, Kurelek is recognized for his beautifully crafted hand-made frames for his paintings.

In 1959 Kurelek moved back to Canada and settled in Toronto. By 1960 he was represented by the Isaacs Gallery and became quickly recognized for his unique style and his nostalgic recollections of youthful life spent on the Canadian prairie. Often apocalyptic in subject and shocking in content, his paintings also elude a wonderful charm, warmth and a needed social commentary of a changing time in Canada.

After creating over 3,000 paintings, he died from cancer at the age of 50 in 1977. Prominent Canadian collections have Kurelek’s work including the National Gallery of Canada, The Museum of Modern Art and the Art Gallery of Ontario.

MGG specializes in the acquisition and sale of artwork by William Kurelek.  If you own a William Kurelek and would like assistance in determining its value, please contact Michael directly HERE or call 519.439.0451.

Why the bleak beauty of William Kurelek's art resonates now 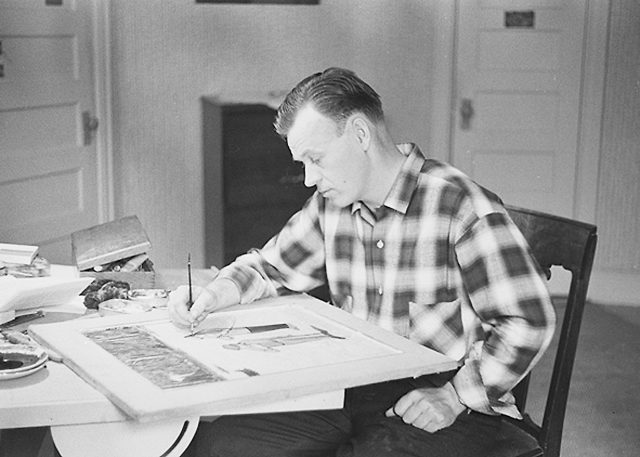 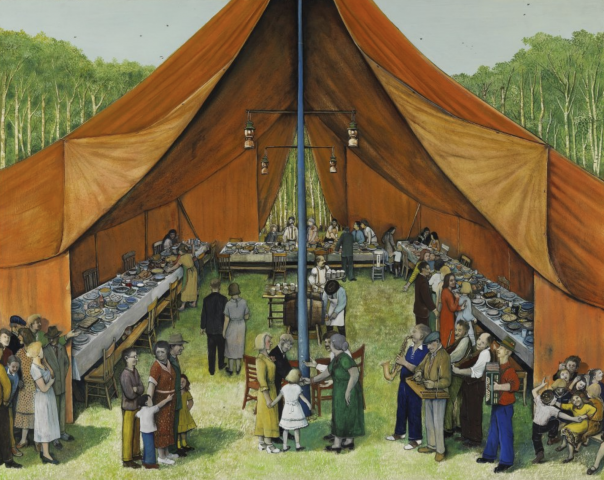 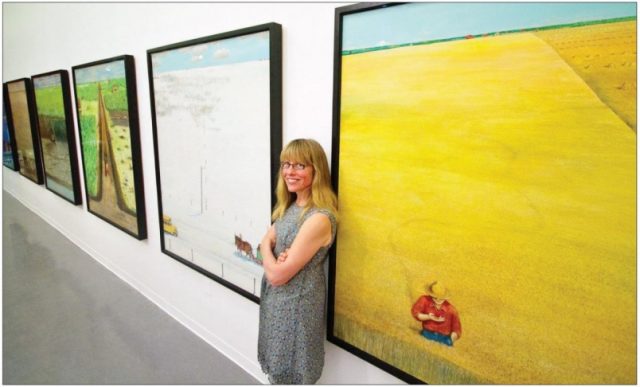 William Kurelek's The Maze is a documentary about the life of celebrated Canadian artist William Kurelek, dramatically told through his paintings and his on camera revelations. The film takes an intimate look into the life of one of the 20th century's most fascinating artists and his struggles with attempted suicide and a self professed "spiritual crisis". Based on a film by Robert M. Young & David Grubin.  Produced & Re-imagined by Nick Young & Zack Young.