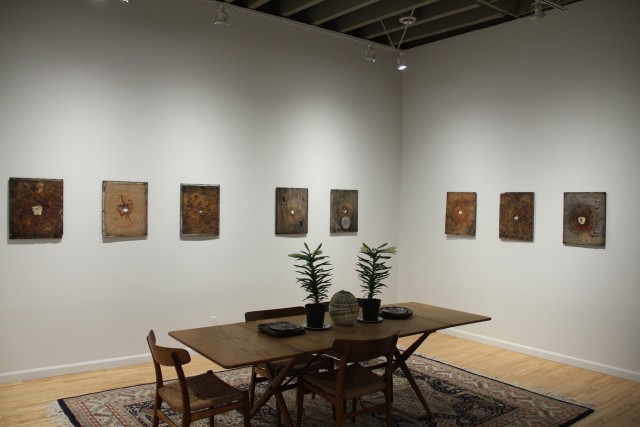 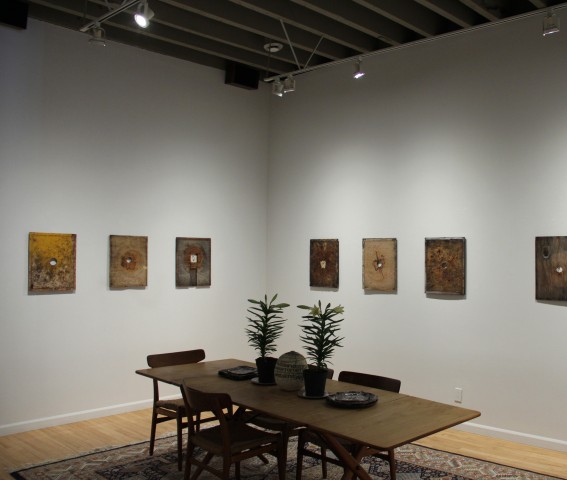 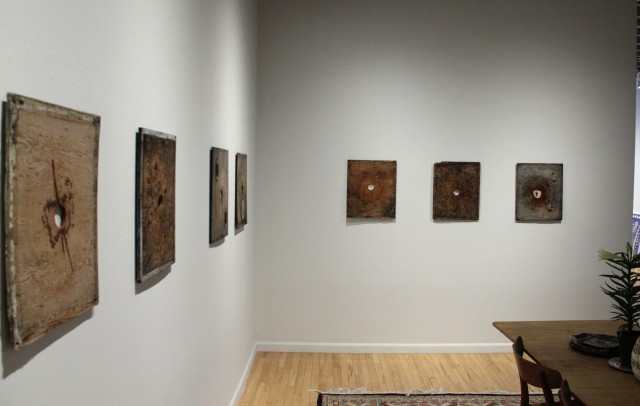 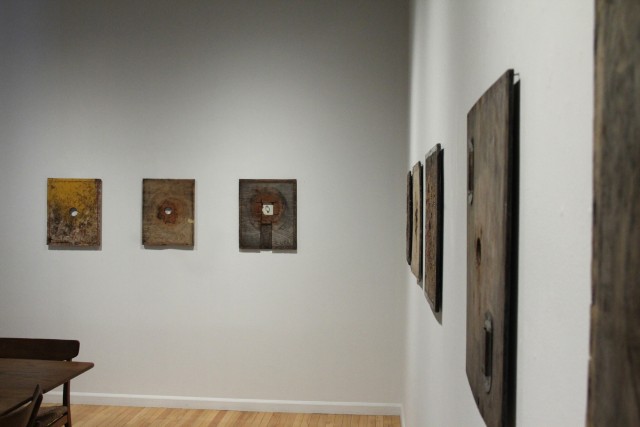 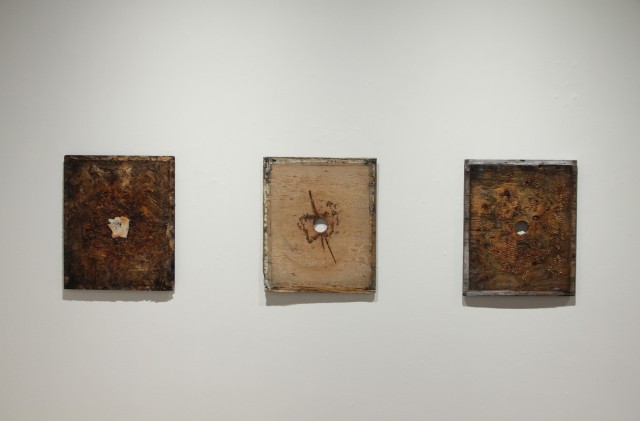 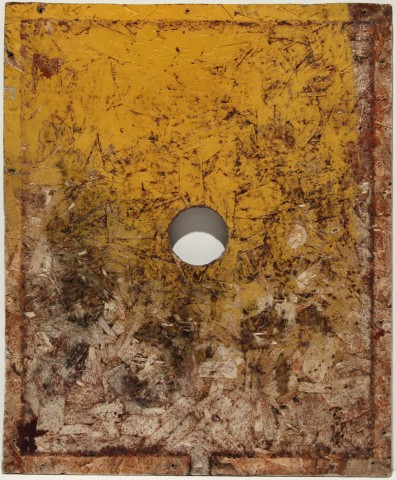 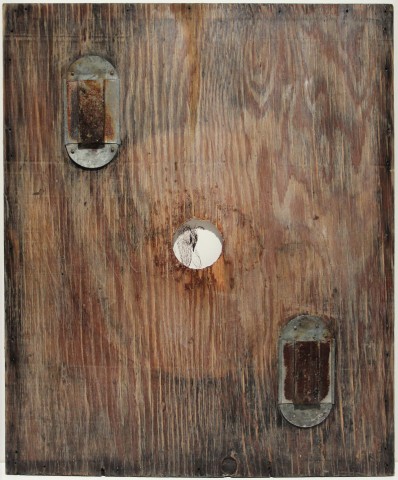 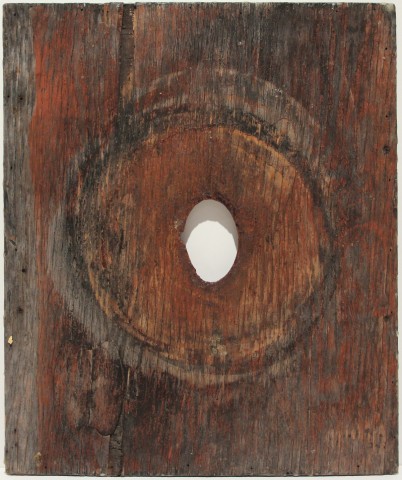 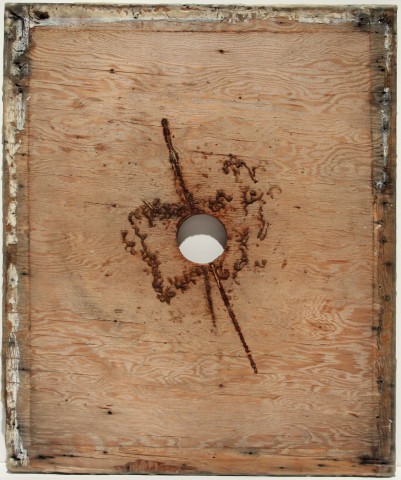 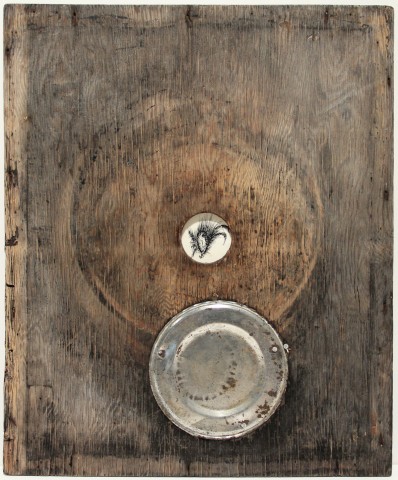 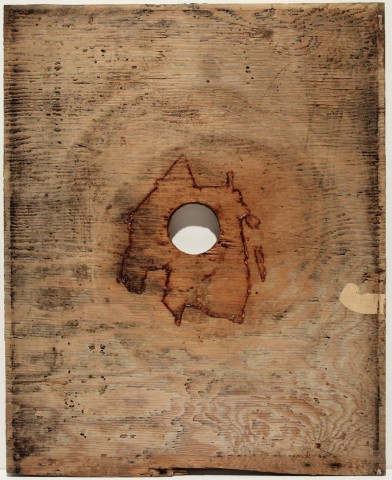 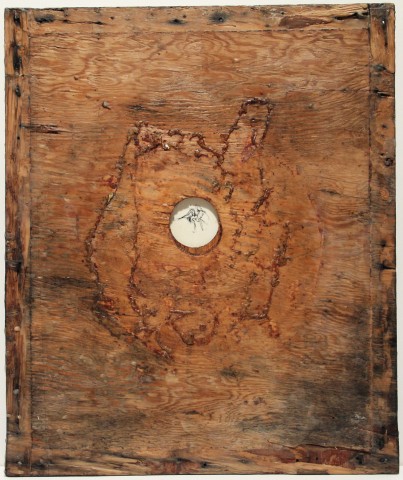 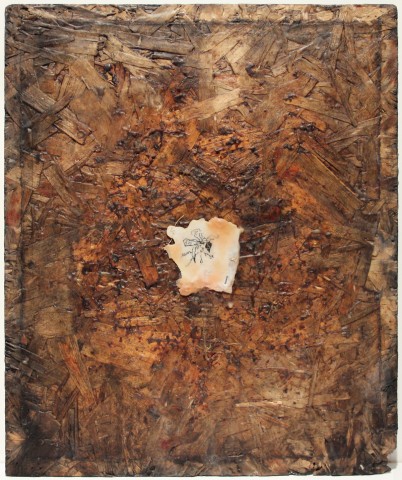 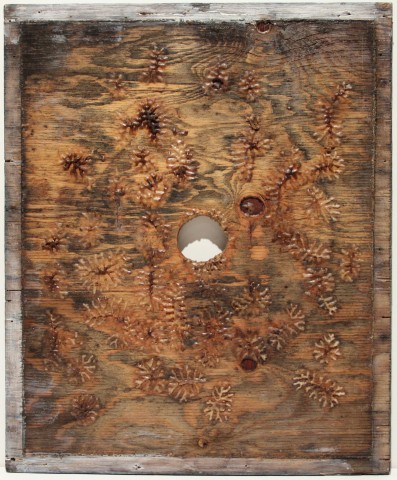 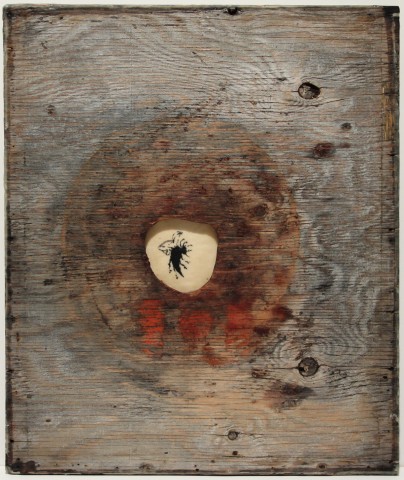 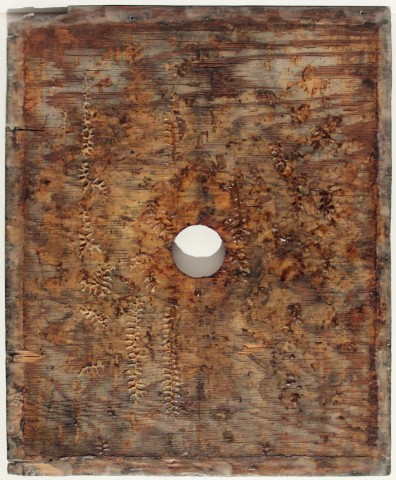 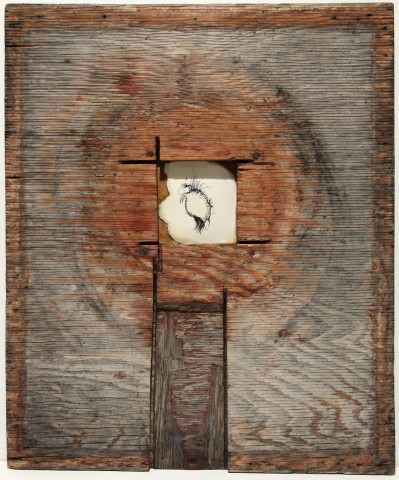 From 1990-2012 Aganetha Dyck has been collecting Feeder Boards – wooden boards used by the beekeeper when a hive of honeybees are in danger of starvation due to the lack of nectar, pollen and propolis.

The beehive’s regular lid is removed and replaced by a wood board that has a hole cut in the centre. The beekeeper inverts a 5 gallon pail containing sugar syrup over the hole which creates a sipping site for the honeybees. As soon as the nectar and pollen begin to flow, the bees ignore the sugar syrup and forage the fields for nectar, pollen and propolis.  At this time the beekeeper removes the pail of sugar syrup and often discards the Feeder Board or stores it for the next year.

Dyck has observed, selected and collected over 200 Feeder Boards in the 22 years of working with live honeybees.  She would at times discover a special board and select it for the studio for further contemplation.  Dyck chose boards that specifically had been altered by weather, humans or animals.

Through an intensive cleaning and alteration process, Dyck decides which marks to leave on the boards and which to scrape off leaving only marks reminding her that these boards gave sustenance to the honeybees – who in turn gave sustenance to many of the world’s living beings.  The addition of her delicate drawings of bees add another layer of introspection and respect.

She thinks of these boards as containing poetry, sites, messages, mysteries, or a form of codes for humans to consider – Feeder Board codes to be cracked in time.

Born in Marquette, Manitoba in 1937, Aganetha Dyck’s work has been exhibited in galleries and museums across Canada and in England, France and the Netherlands. Her work can be found in the collections of such prestigious museums as the National Gallery of Canada, the Glenbow Museum, the Vancouver Art Gallery and the Yorkshire Sculpture Park in Britain.

Aganetha Dyck is known for her transformation of commonplace objects such as shoes, buttons and figurines into things which are simultaneously metaphysical, delicate and sometime humorous. She shows us that the “exotic” can be found in the most mundane and everyday of things, if one examines them with an open mind. In one sense, she doesn’t transform an object as much as she liberates objects from familiar contexts, thus imbuing them with greater meaning. Her work is about ideas and thoughts, yet it always remains accessible and alluring to the viewer.