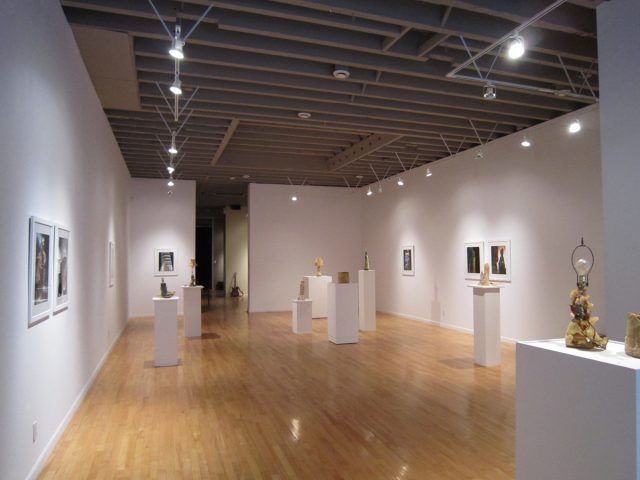 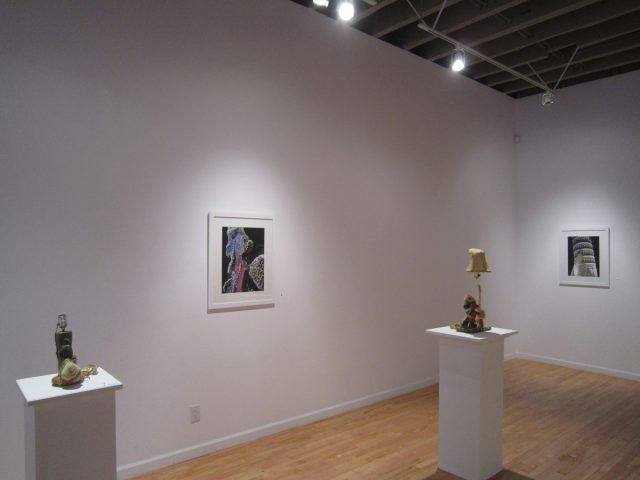 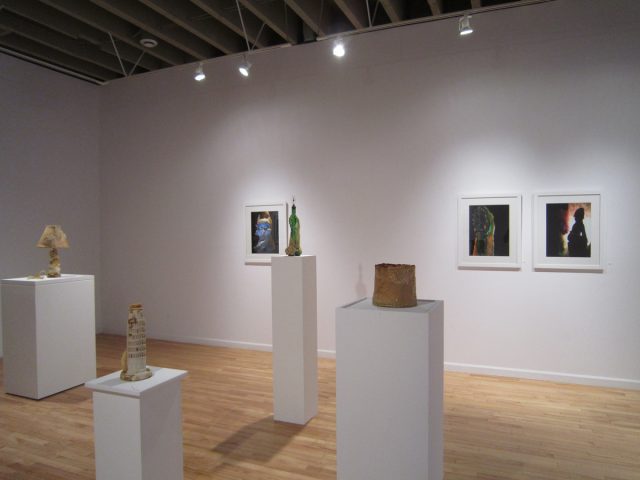 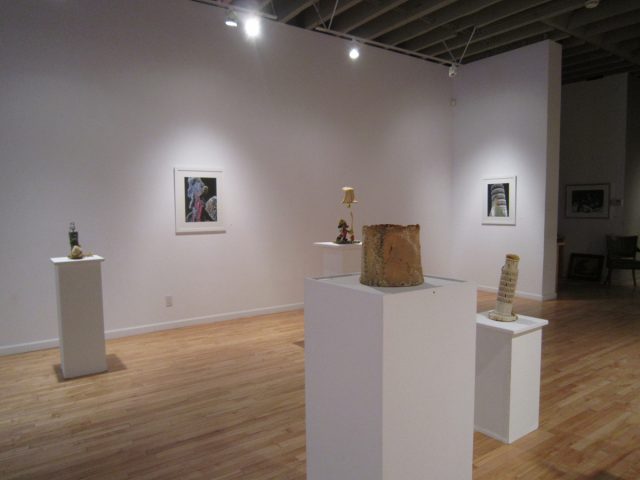 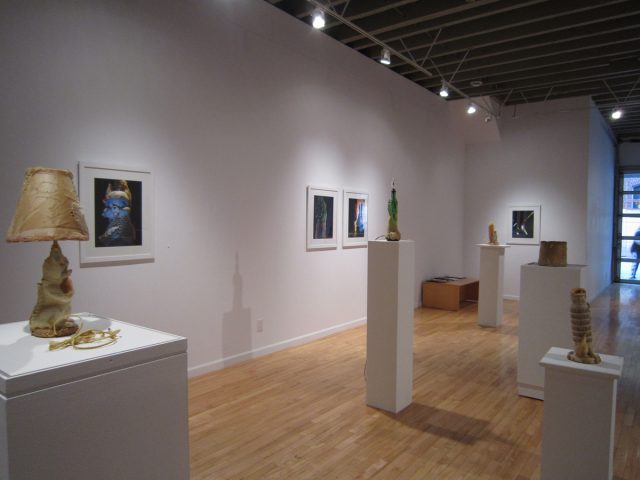 In early 2010, shortly after Aganetha Dyck was diagnosed with a serious bee allergy, photographer William Eakin arrived at Aganetha’s Winnipeg studio carrying a few small lamps from his personal collection. Bill asked Aganetha if they could collaborate by giving the lamps to the honeybees. The resulting bee altered lamps would be Aganetha Dyck’s work; Eakin’s photographs of the lamps after the honeybees had worked on them, would be his work.

Because of Dyck’s bee allergy, they agreed that Bill would go to the hives and Aganetha could “supervise at a distance” using binoculars and cell phones to communicate. Needless to say, Dyck continued to travel to the hives, dressing for the apiary and duct taping shut any possible bee entry in her regulation ‘Sheriff’ bee suit. Aganetha Dyck’s husband Peter Dyck and beekeeper Phil Veldhuis (who runs an apiary of 1150 beehives in Starbuck, Manitoba) also generously assisted with this project.

During the two beekeeping seasons of 2010-2011, Dyck and Eakin worked together, travelling to the hives once or twice a week. While at the hives, Dyck altered the hive placement and re-placement of the lamps and supervised the addition or removal of honeycomb. Bill opened and closed the hives and documented the collaboration with his camera. Together, Bill and Aganetha discussed the work as the seasons progressed, making collaborative decisions on “where the honeycomb best fit the lamps and shades”. The honeybees often had their own agenda and made many of the working parts of the lamps obsolete or encased the cords in honeycomb.

Our exhibition features Aganetha Dyck’s 7 lamps and their accompanying lampshades with William Eakin’s surreal photographs of the finished honeycomb-encrusted sculptures.

Aganetha Dyck, born in 1937, is interested in environmental issues, specifically the power of the small and inter-species communication. Her research asks questions about the ramifications all living beings would experience should honeybees disappear from the earth. Dyck began her career working in a range of sculptural media that included wool, cigarettes and buttons. Since 1991, she has been best known for her collaborative work with live honeybees, transforming common objects into ethereal and delicate sculptures. Dyck won the Governor General’s Award in Visual Arts and the Manitoba Arts Council Arts Award of Distinction in 2007.

William Eakin was born in 1952 in Winnipeg, MB. After studies at the Vancouver School of Art and the School of the Museum of Fine Arts, Boston, he returned to Canada to freelance in the film industry, working at the National Film Board and the CBC. For three years he worked with the Inuit artists of the Arctic community of Baker Lake and oversaw the production of their annual print collection. He has taught at the University of Manitoba School of Art and the Department of Visual Arts, University of Victoria. Eakin received the Duke and Duchess Prize in Photography and has work in the collections of the Canadian Museum of Contemporary Photography and Winnipeg Art Gallery. A compulsive collector of everyday objects, Eakin’s photographs are an inquiry into the value of ordinary things.