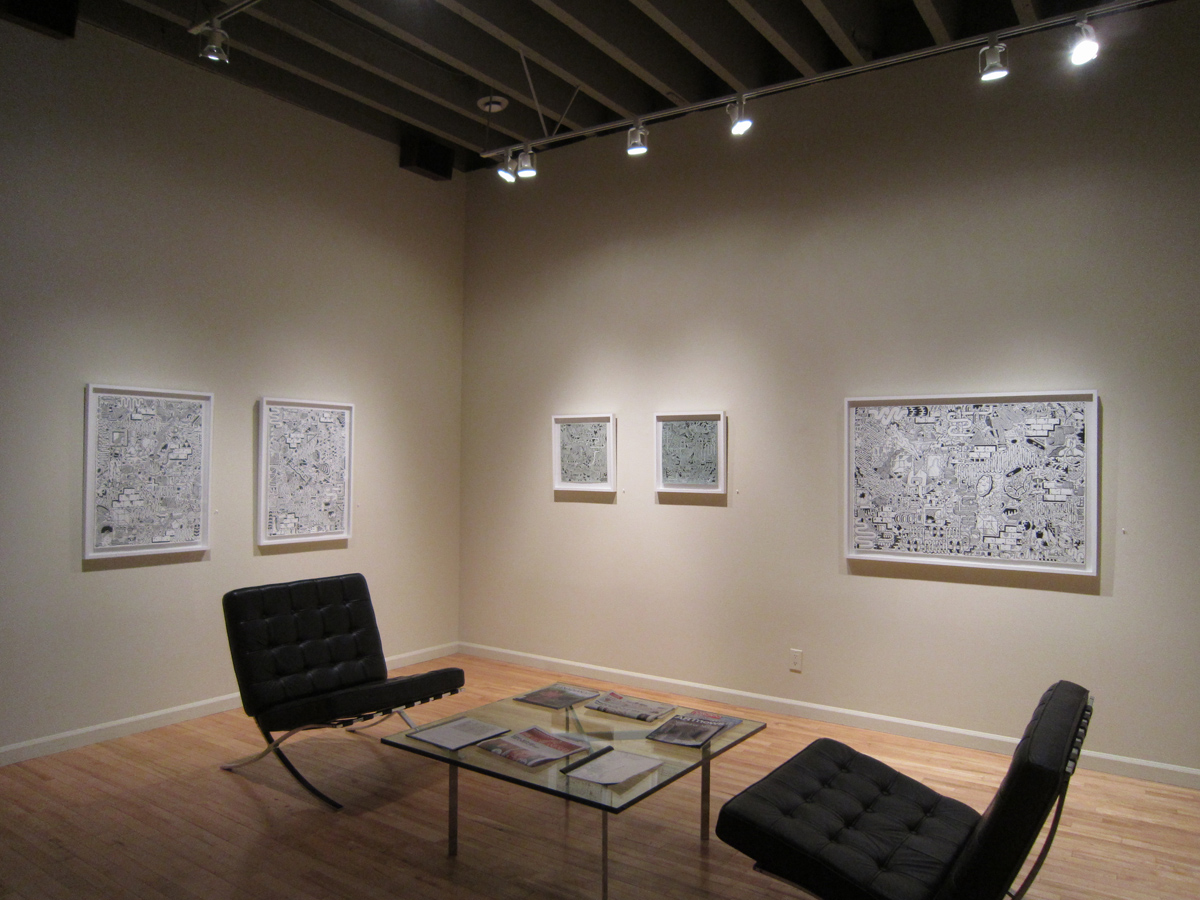 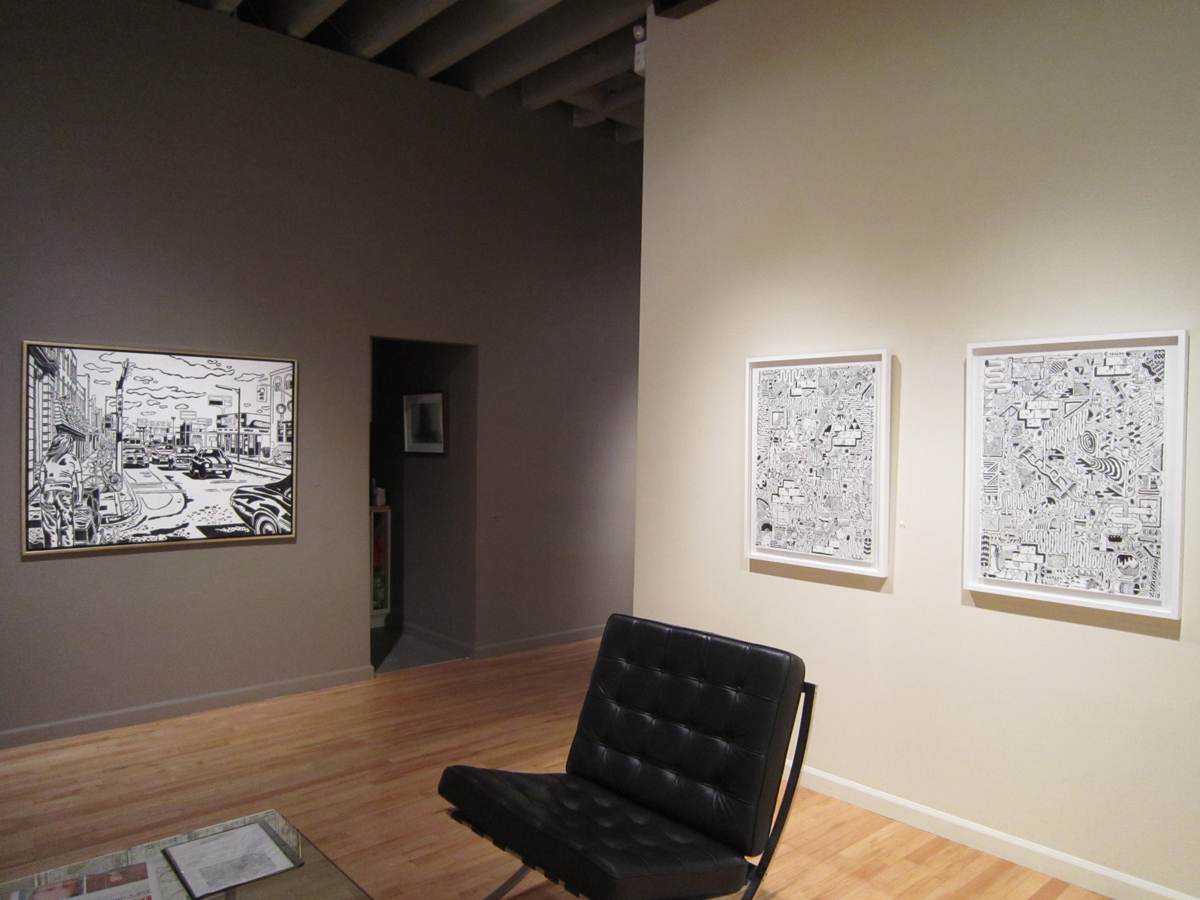 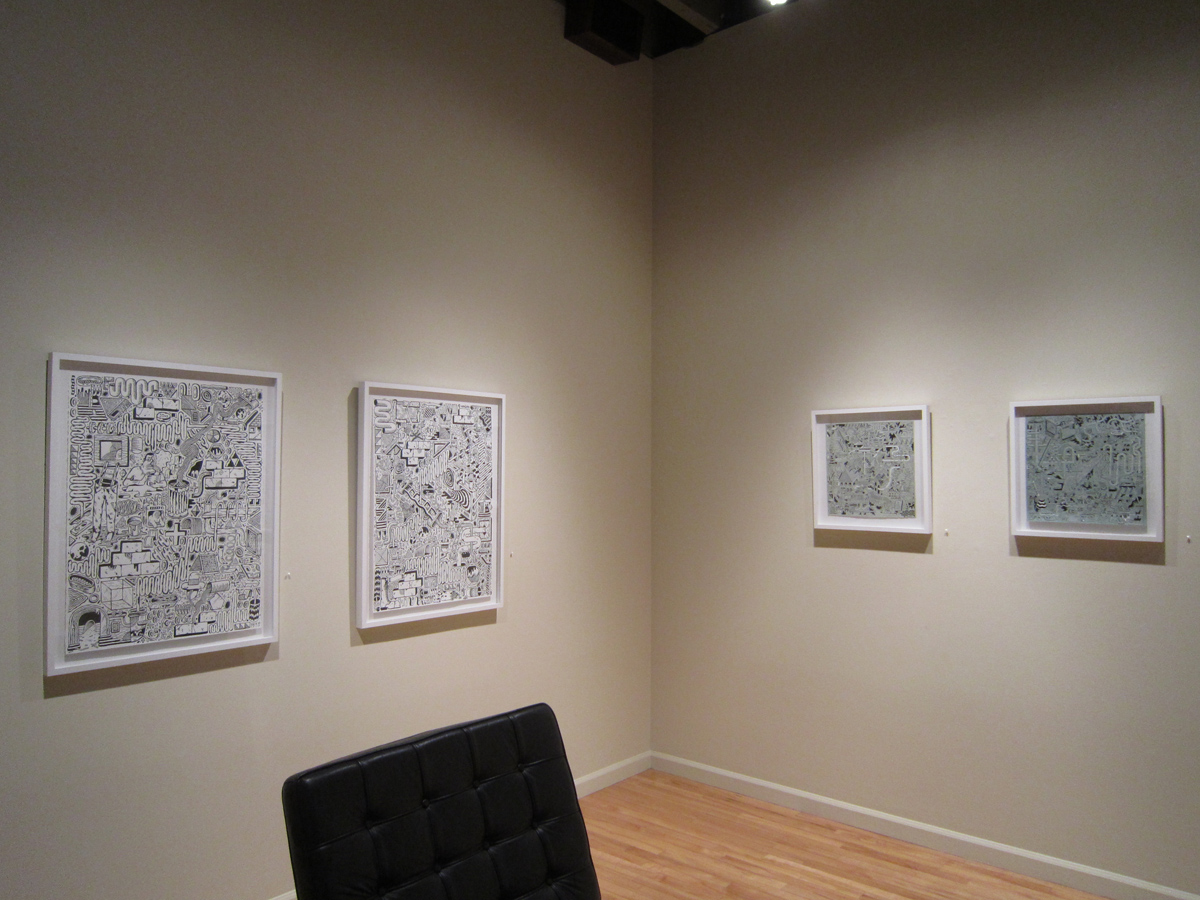 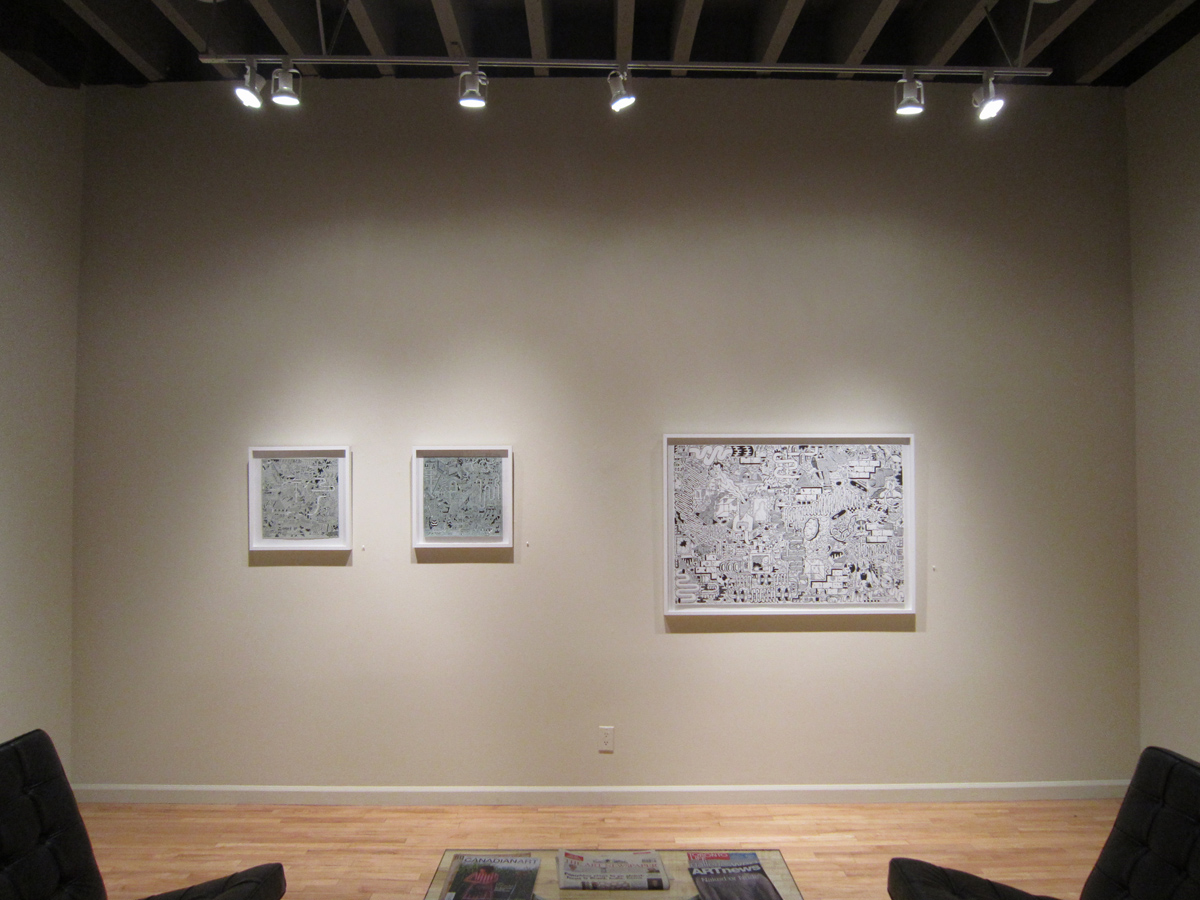 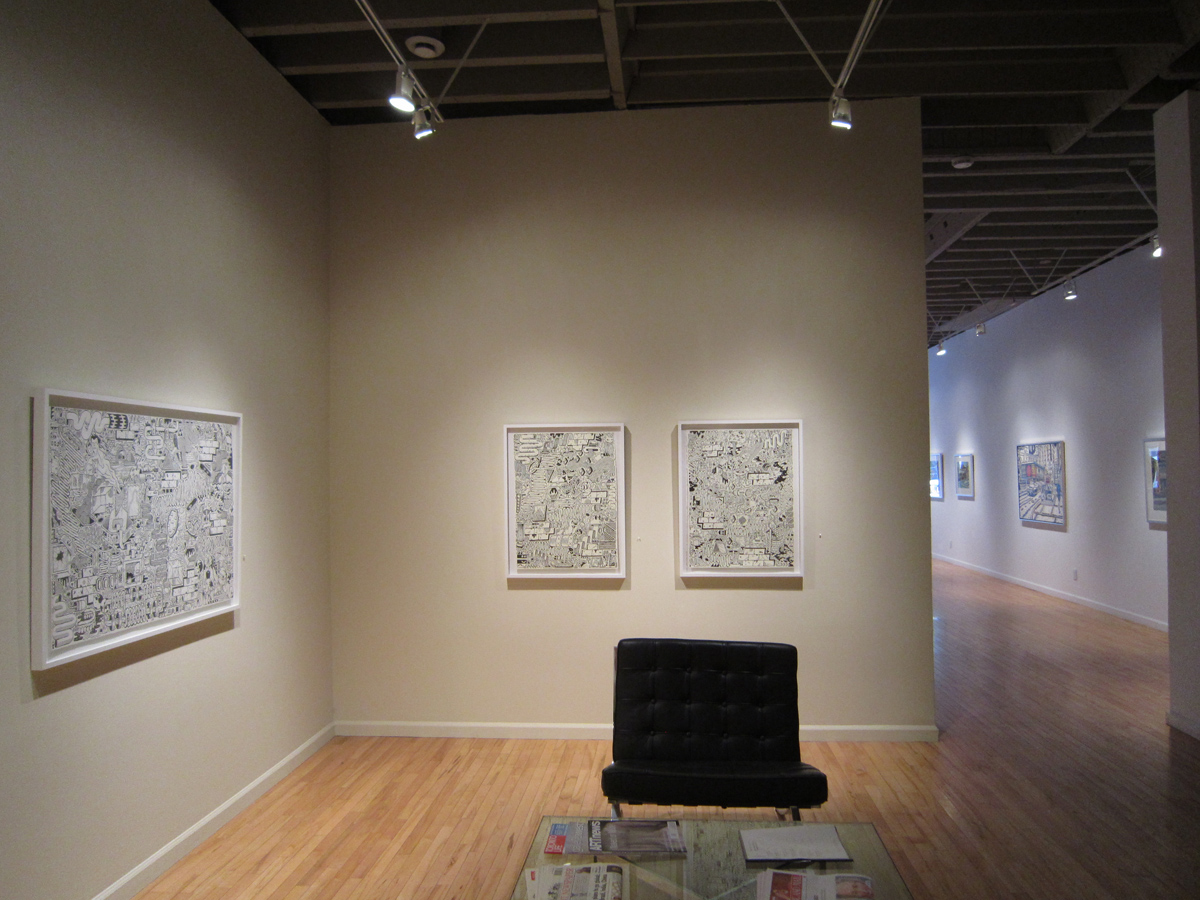 This is Billy Bert Young’s first solo exhibition with the Michael Gibson Gallery.  In November 2011 he was part of the 7 person group show “Not Bad For London” where he exhibited his intricate India Ink on Paper drawings.  This solo exhibition, “Inner Varnish”, presented in the intimate middle gallery, features new drawings that push the boundaries.

Through the rhythmic compositions, Young creates an overwhelming narrative filled with abstract and architectural signs and symbols.  The drawings are an eternal maze where your eye is greeted by mutants, mystics, and ghosts that intermingle with psychedelic television screens, reflective mirrors, tubes, coils and ladders.  Though not intended to “tell a specific story”, the drawings explore the complexities of the human condition through humour and playful icons.

Billy Bert Young was born in London, Ontario in 1983.   He graduated from H. B. Beal Secondary School and in 2008 received a BFA from the Nova Scotia College of Art and Design with a major in printmaking.  During his time in Halifax he exhibited work in several group and solo shows.   In 2008 he moved back to London to be close to family and to work with local artists that had influenced his work in the past.  Since then he has made collaboration a main component of his practice; creating zines, drawings and murals alongside fellow artists such as James Kirkpatrick, Jason McLean, Jamie Q and Peter Thompson.

In November 2011 Billy Bert Young’s intricate drawings were included in the groundbreaking “Not Bad For London” exhibition at the Michael Gibson Gallery.  The exhibition was reviewed in Border Crossings Magazine, Magenta Magazine, Akimbo and the London Free Press.  His drawings are in private collections and the permanent collection of Museum London.