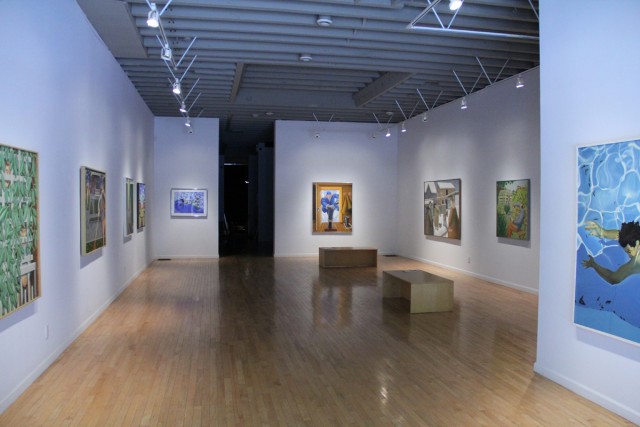 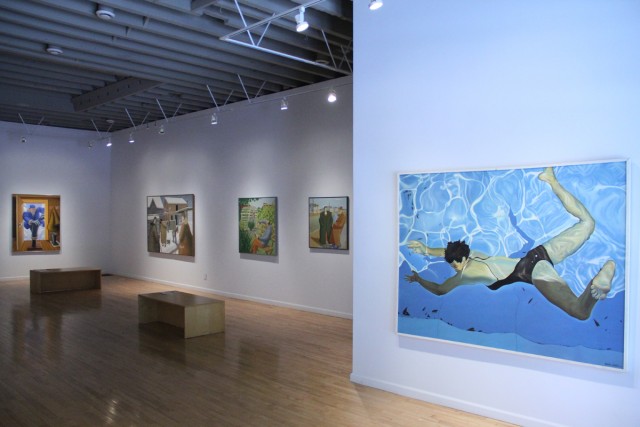 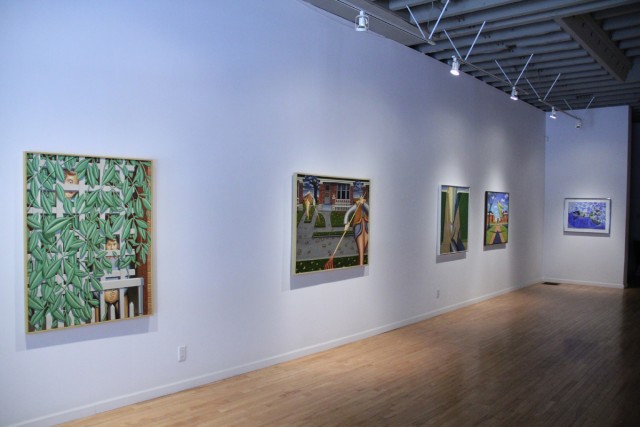 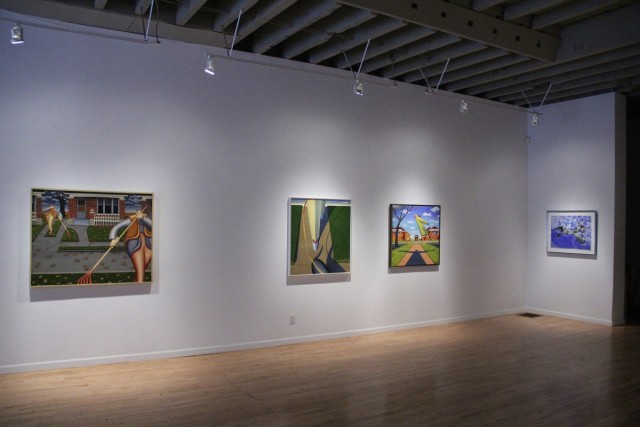 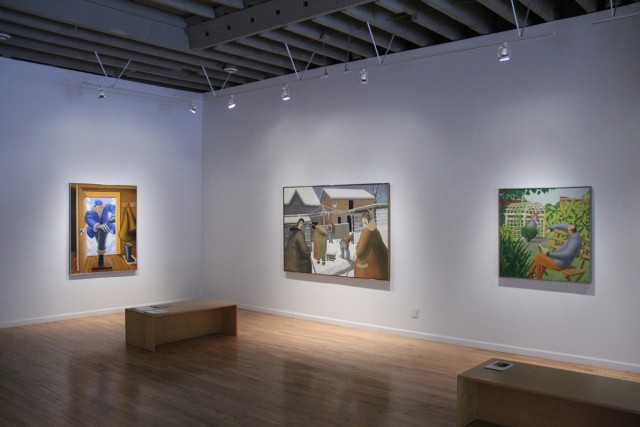 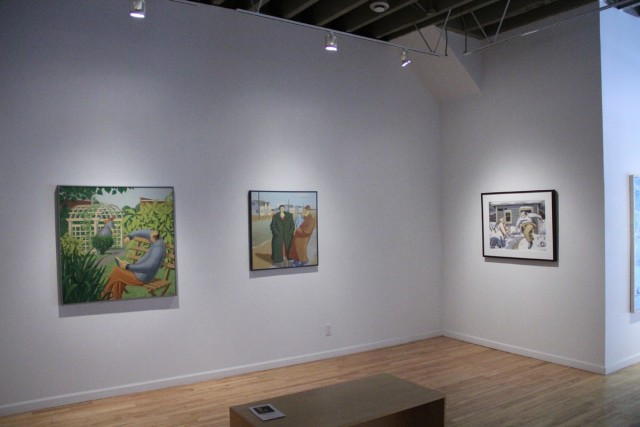 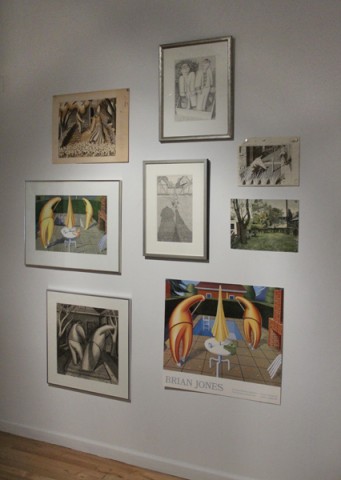 On June 1, Brian Jones would have turned 65 years of age. We are honouring Brian during the month of June with an exhibition focused on his beloved “Neighbours” style. These paintings depict people during moments in their everyday lives – walking the dog, shovelling snow, swimming in the pool or raking the leaves.

We have combined available works for sale with paintings from both public gallery and private collections that range in date between 1975 – 1998. The exhibition follows the development of his “Neighbours” style from early Stanley Spencer influenced paintings through to Jones’s famous anthropomorphic whimsical style.

Many of these paintings have not been in the public view since the mid 1980s. Many thanks to Museum London, McIntosh Gallery and the private collectors who have lent their Brian Jones paintings for this exhibition.

Brian Jones was born in 1950 in Chatham, ON. Upon completion of his training at H.B. Beal Technical School in London and after a brief apprenticeship with Jack Chambers, Brian became determined to pursue full time painting. From the very beginning, his work depicted people during moments in their everyday lives. His paintings have a strong narrative quality and tell stories of common experiences from life in Canada during the 1950s and 1960s.

Initially, Jones painted in a surreal and then photo-realistic style. He gradually learned to manipulate his images to great effect by streamlining the figure, adding brighter colours and simplifying his shapes. This would eventually be known as his “Neighbours” style.

Brian Jones won many grants and awards during his lifetime, including the Queen’s Silver Jubilee award in 1977; OSA Best Oil Award, 1985, and the “Young Achievers” National Award 1982.

He is represented in major public collections including the Canada Council Art Bank, Museum London, McIntosh Gallery, Confederation Centre Art Gallery, Province of Ontario, City of Toronto Archives and in Corporate and Private Collections throughout Canada, the US and Europe.

Sadly, after a brief illness, Brian Jones passed away in 2008.