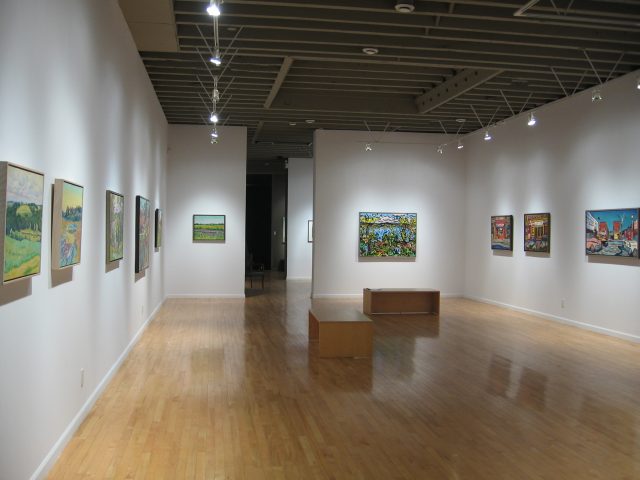 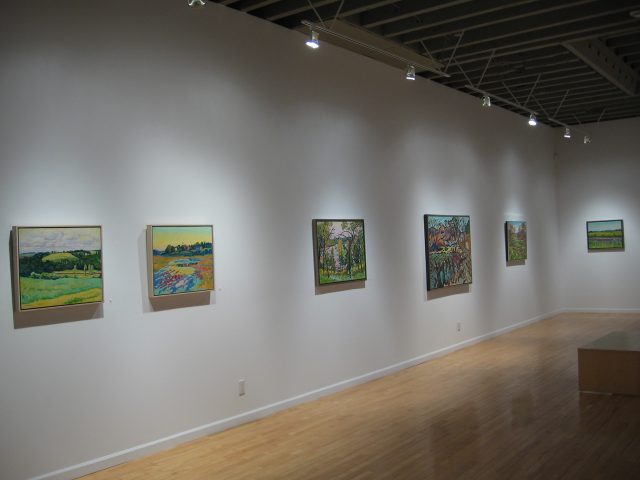 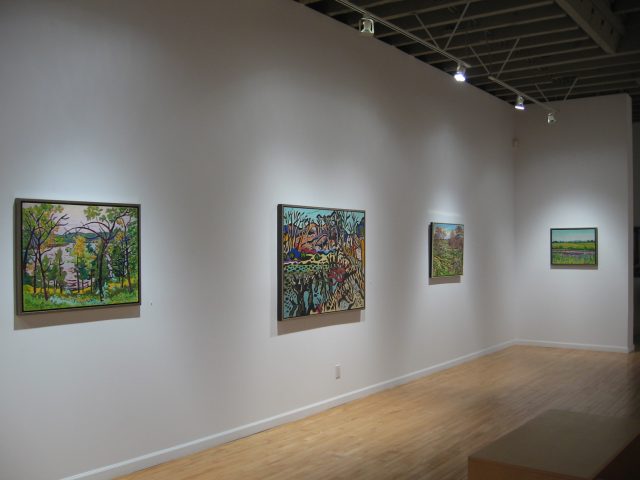 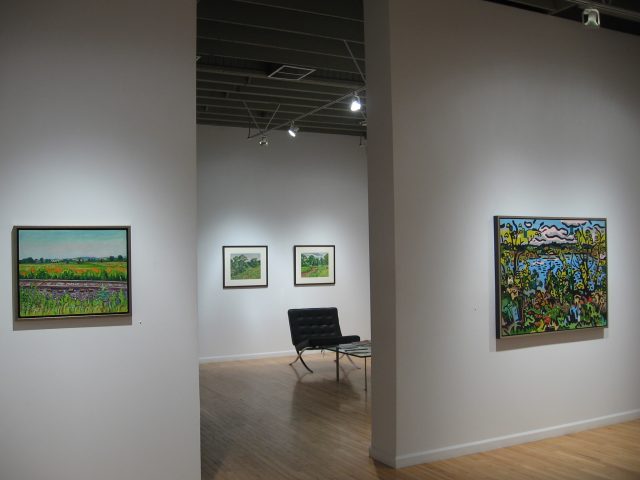 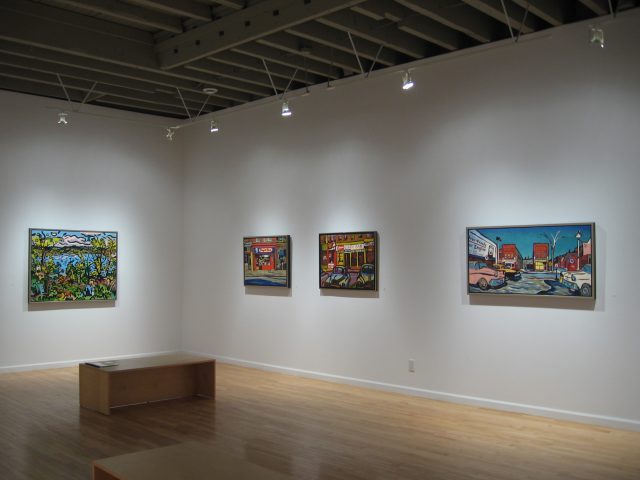 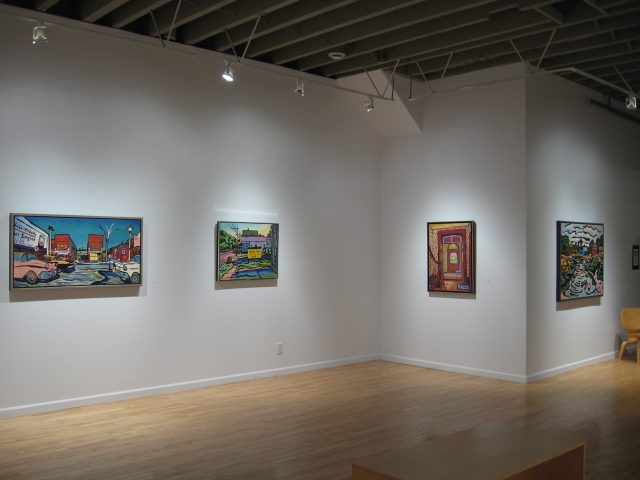 The Michael Gibson Gallery is honoured to now represent the Estate of Clark McDougall (1921-1980). The period from 1952 – 1964 shaped Clark McDougall’s artistic career. The oil and watercolour paintings featured in the exhibition range in style and subject matter – from realist watercolours of North Yarmouth to Clark’s popular black enamel abstract paintings from the early 1960s.

Clark McDougall was born in St. Thomas in 1921. At the age of 16 Clark left high school determined to become an artist. He would ride his bike north of St. Thomas into North Yarmouth and paint watercolours directly from nature. He taught himself proper technique from library books and sought advice from local artist William St. Thomas Smith.

In 1950, at the age of 29, Clark traveled to Montreal and Quebec City where he first experienced the paintings of Henri Matisse. He now realized that colour and line could be used in a completely different way. By 1952-3 Clark was working as a “Fauve” painter, where his colours were intensely vivid and non-naturalistic.

A coronary in 1957 forced Clark to now paint from photographs in his studio. His painting style changed where the outline became very important to the structure and design of the painting.

Clark’s unique “black enamel” style set him apart from other regional artists: His first exhibition of these paintings was in 1968 at the 20/20 Gallery, London; In 1976 the Volunteer Committee at the London Regional Art Gallery commissioned a painting, “Site”, to commemorate the building of the new gallery; and in 1977 the Vancouver Art Gallery organized an exhibition “Clark McDougall: Paintings since 1953”.

Regardless of the style, however, Clark had a highly individual way of interpreting his beloved landscape of North Yarmouth. Clark McDougall passed away of a brain tumor in 1980 at the age of 59.

In 1987 the London Regional Art Gallery mounted a large retrospective exhibition of Clark’s work. His paintings are in countless corporate collections as well as the Vancouver Art Gallery, Museum London and the Canada Council Art Bank.