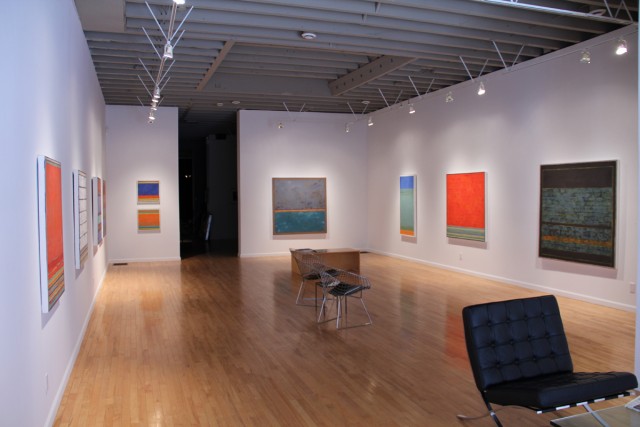 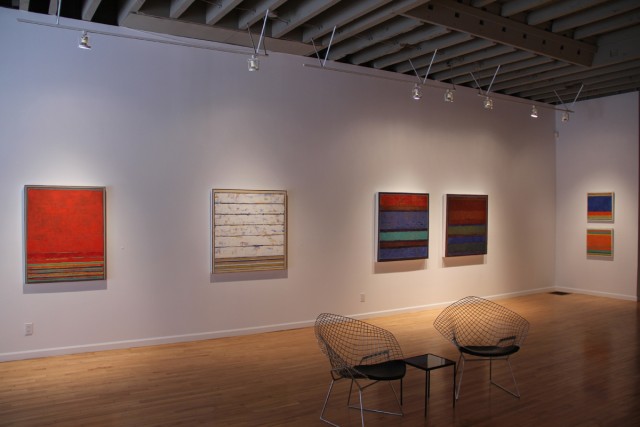 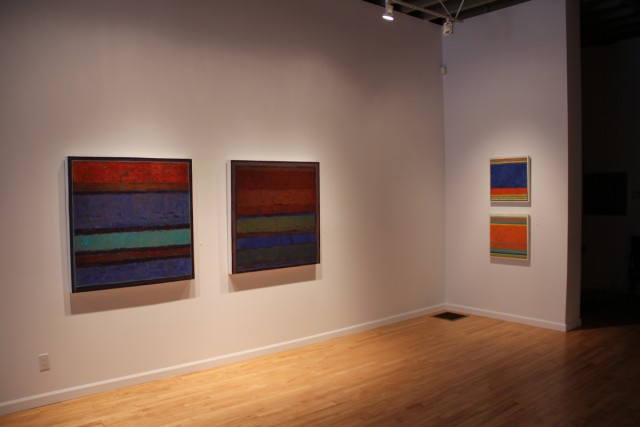 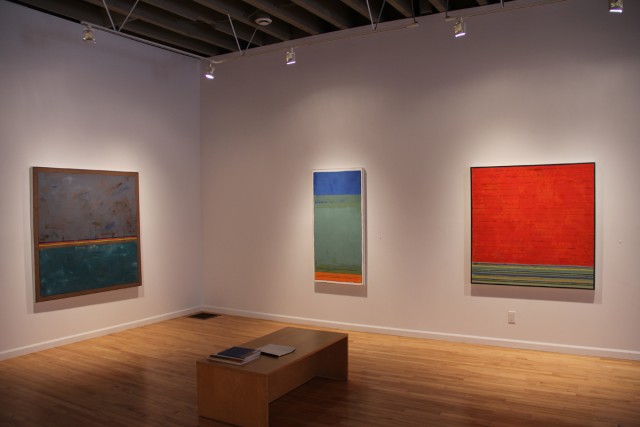 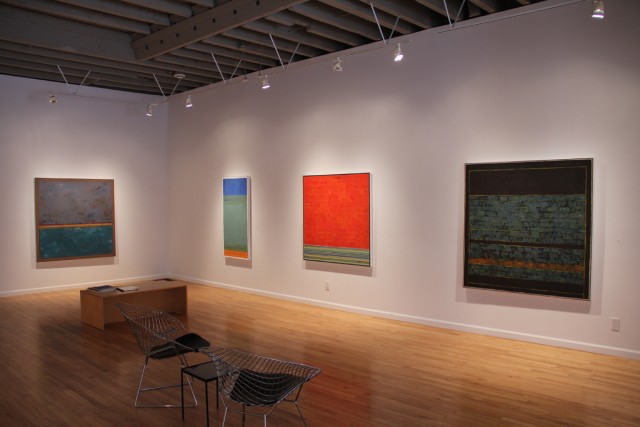 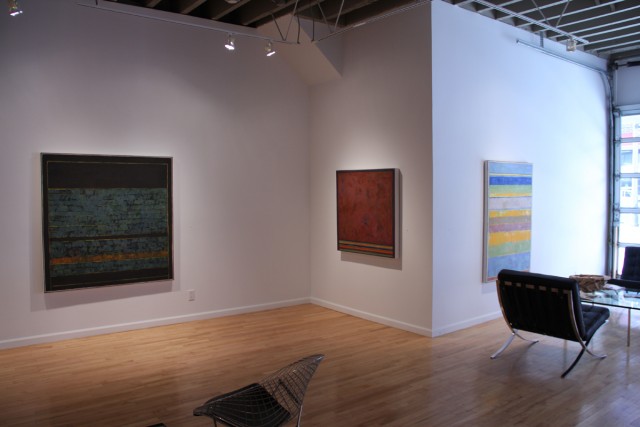 This is the first exhibition we have had for David Sorensen since his passing in early 2011. On a recent trip to Montreal we had the unique privilege of visiting David’s studio. With careful consideration we have selected key paintings that were painted in the last eight years of David’s life from his “Horizon Series”.

We remember David fondly and feel that we know him better by exploring his colouful, expressive paintings. As David stated in 2009, his horizon paintings create the “experience of a vast and calming imaginary place: the horizon, a kind of passageway to a state of mind.” Through his paintings, we are able to share in David’s vision, one filled rich with colour, texture and light.

Born in Vancouver in 1937, David Sorensen first studied architecture with Arthur Erickson and then returned to study at the Vancouver School of Art with Jack Shadbolt and sculptor Bill Reid. Shadbolt, who studied with painter Hans Hoffman, invited the renowned American art critic Clement Greenberg to the school to discuss abstract art. These discussions along with an earlier trip to Europe to see the Abstract Expressionist paintings of Rothko, deKooning, Pollock and Kline influenced Sorensen’s decision to become a full-time artist.

In 1962 he visited Mexico, where he had his first solo exhibition in Mexico City in 1964. Sorensen was attracted to the work of Quebec artists Jean-Paul Riopelle and Armand Vaillancourt and moved to Montreal where he taught, painted and exhibited frequently. Sorensen, now Professor Emeritus, taught visual art at Bishop’s University from 1981-2000.

Over Sorensen’s long career he had countless exhibitions across Canada and has shown his work in Switzerland, France, Italy, Japan, China and the US. In 2005, the Musee du Bas Saint-Laurent in Riviere-du-Loup, QC curated a 45 year retrospective of Sorensen’s work. In 2007 (and 2010) Sorensen exhibited large works at the Mexican Embassy Gallery ‘Espacio Mexico’ in Montreal and had paintings from his Horizon Series sent on a tour of museums and cultural centers throughout Mexico. Most recently in 2012, the McClure Gallery in Montreal curated “The Ultimate Horizon,” an exhibition that featured David’s final paintings.

David Sorensen passed away in Montreal in February 2011.