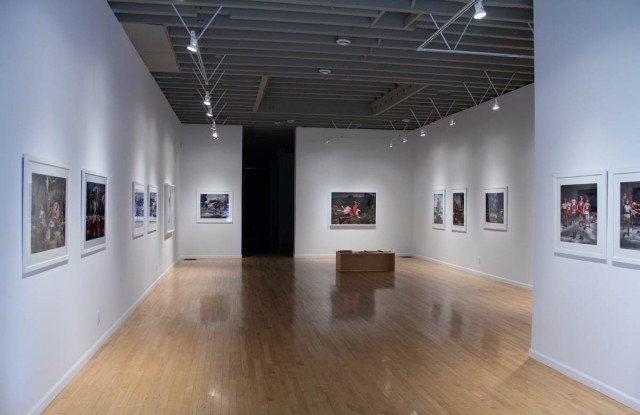 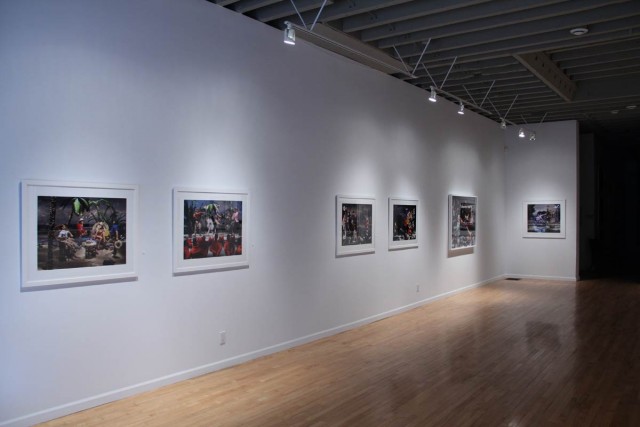 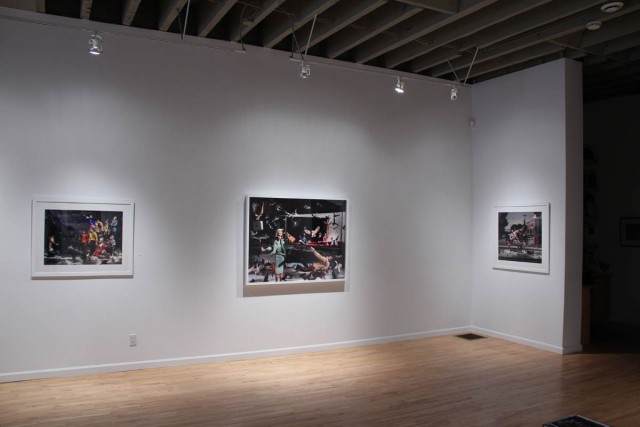 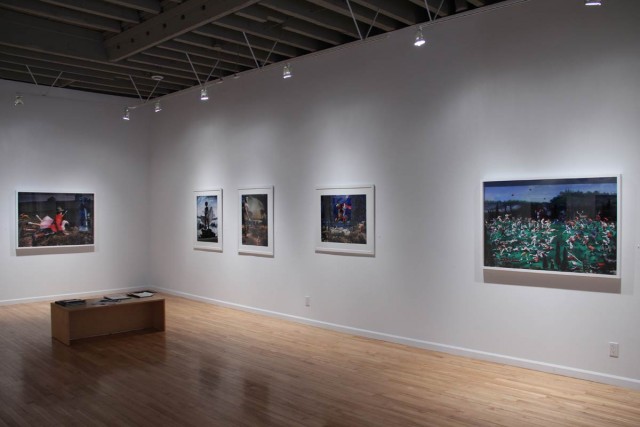 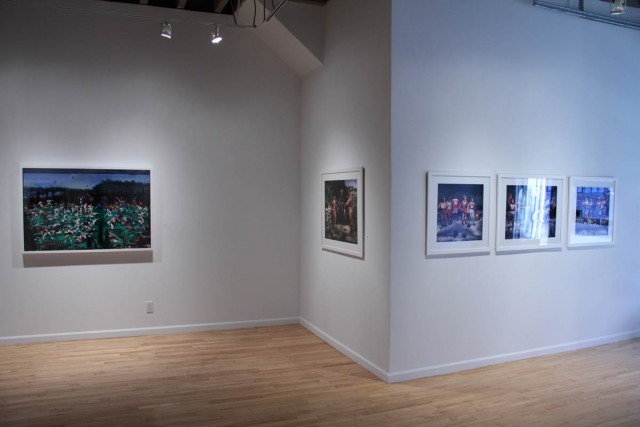 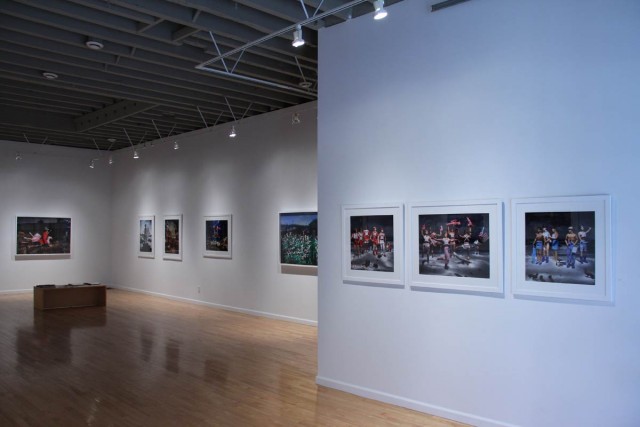 This exhibition is the Canadian premier of Diana Thorneycroft’s heavily anticipated new series Canadians and Americans (best friends forever…it’s complicated). The photographs are created using the same formula popularized in Diana Thorneycroft’s 2007-2010 Group of Seven Awkward Moments photographs (vignettes with famous landscapes in the background with action figures & dolls acting out the narrative in the foreground).

Now, instead of focusing on awkward Canadian moments, Thorneycroft examines the unbalanced power dynamic that exists with the Canadian / American relationship. In the end, Canadians and Americans (best friends forever…it’s complicated) acknowledges that, like it or not, we are best friends forever.

“In 2012 I was awarded a Manitoba Arts Council Major Arts Grant and an Individual Artist Grant from the Winnipeg Arts Council to take my work in a new direction. The plan was to turn my focus southward, to the United States of America, and to make a suite of photographs that explored and exploited this wonderful, aggravating, generous and complex country. Simply put, I was going to “do to Americans” the same thing I had done to Canadians in my Group of Seven Awkward Moments. As someone who grew up in the 60’s, I was going to subvert the content I had been exposed to as a child/teenager/young adult: the Kennedy assassination, the Apollo space program, the sobering realization that the KKK still exists, the Vietnam War, Watergate, and the NRA.

The original template was similar to my earlier work; use famous American landscapes as backdrops and American action figures to provide the narrative.

When I began working on Canadians and Americans (best friends forever…it’s complicated), I was pleased with the first couple of images I produced as they related to two American icons familiar to us all: Marilyn Monroe and Clint Eastwood. After that though, much to my surprise, things didn’t go well. I tried making photographs about other iconic personalities like Elvis and Charlie Brown, but they failed.

I was perplexed. I believed I knew American culture. Its presence in my daily life is invasive and ubiquitous. After several months of unsuccessful image making I realized I had to bring something of my own identity as a Canadian back into the work about Americans. I needed to address what it’s like living next to a country that barely acknowledges our existence. I needed to insert my version of a subversive Canadian element into the images that I was intending to critique.

The underlying impetus with this work is to examine the unbalanced power dynamic that exist in relationships. Canadians and Americans (best friends forever…it’s complicated) acknowledges that, like it or not, we are best friends forever. In order to make these photographs I worked within the monolith that is American culture, and at the same time, stood apart from it, critically looking in from the outside.

In each of the photographs I have completed in the last two years, traces of “Canadiana” have infiltrated an otherwise American narrative. Michael Jackson has a Canadian body guard, the Professor from Gilligan’s Island drinks a stubby, Jack Bauer (aka Kiefer Sutherland) has a briefcase full of Canadian secrets and Christina gets tackled by an over zealous RCMP officer. All the photographs in this new series continue to express my attraction to the absurd and inclination toward black humour. Chronological time and logic are irrelevant.”

Diana Thorneycroft was born on a military base in Claresholm, Alberta. Because her father was a pilot in the Canadian Armed Forces, she and her family moved, on average, every three years, to bases and towns associated with the airforce. As an adult, she eventually settled in Winnipeg, Manitoba. In 1979 she received her BFA from the University of Manitoba in Winnipeg and graduated the following year with a MA from the University of Wisconsin in Madison, Wisconsin.

For over three decades Thorneycroft’s artistic practice has included drawing, printmaking, sculpture, set constructions and photography. Since the 1990s, she has produced a body of work that is organized into a number of series that deal with the human body as a social, political, and gendered space of interrogation, as well as a variety of other issues such as violence, human anxiety and national identity.

Thorneycroft has had solo shows and has participated in group exhibitions both nationally and internationally. Most recently her Group of Seven Awkward Moments series has been exhibited extensively across Canada including shows at the McMichael Canadian Art Collection, the Winnipeg Art Gallery, Carleton University and at the Canadian Cultural Centre in Paris, France. In 2008 Canadian Art Magazine listed the Group of Seven Awkward Moments as one of the best exhibitions in Canada of 2008.

In addition to her work being the subject of national radio and CBC TV documentaries, her photography was included in the 2002 Phaidon publication “Blink”, which presented the work of 100 rising stars in photography.