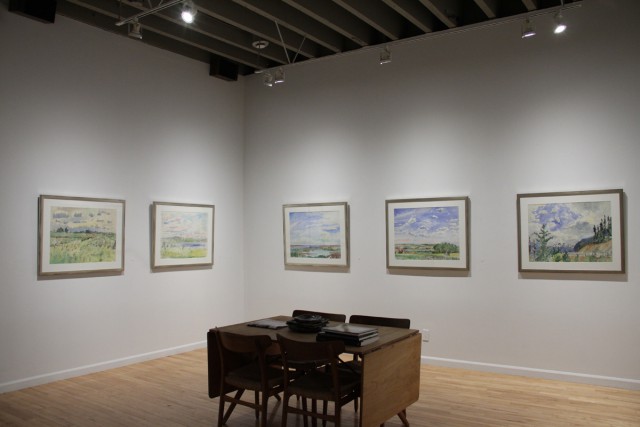 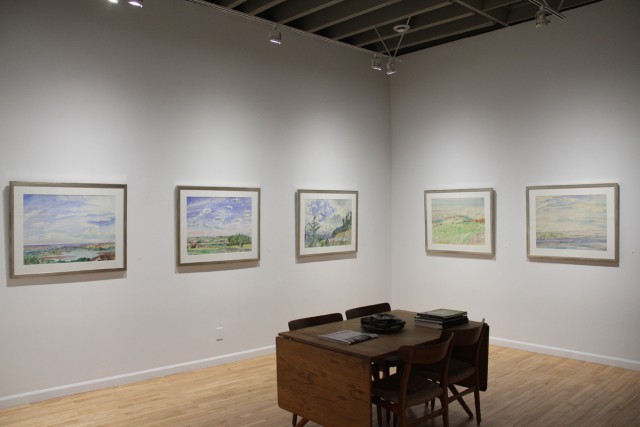 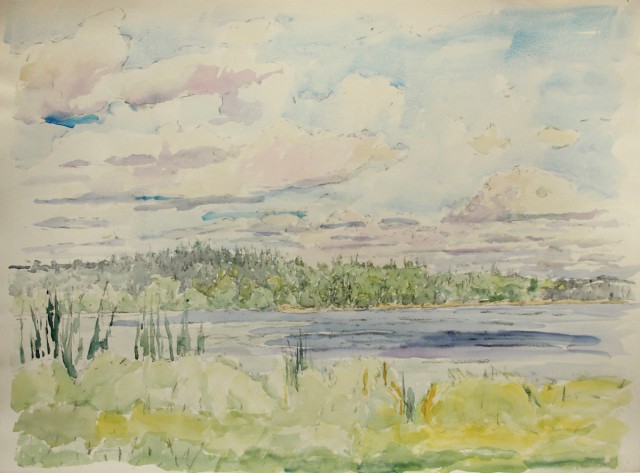 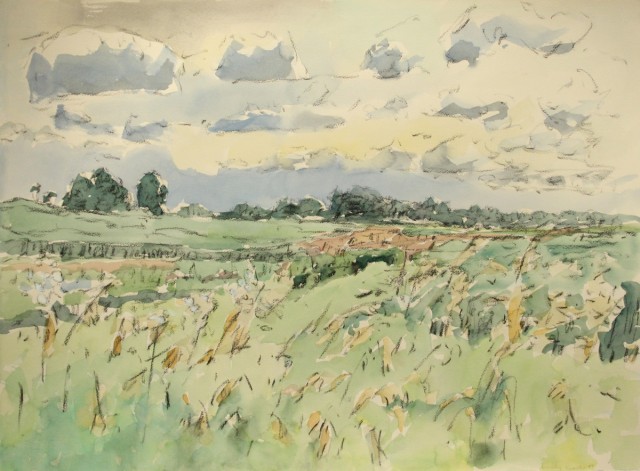 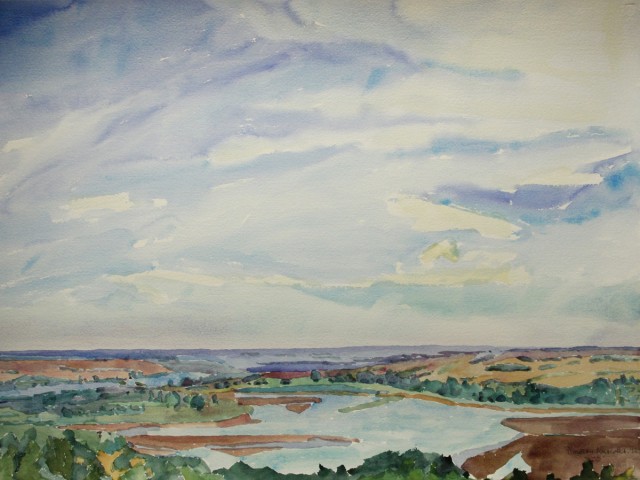 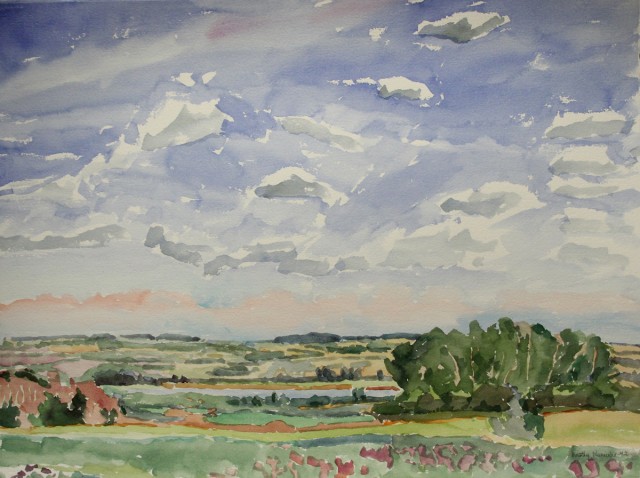 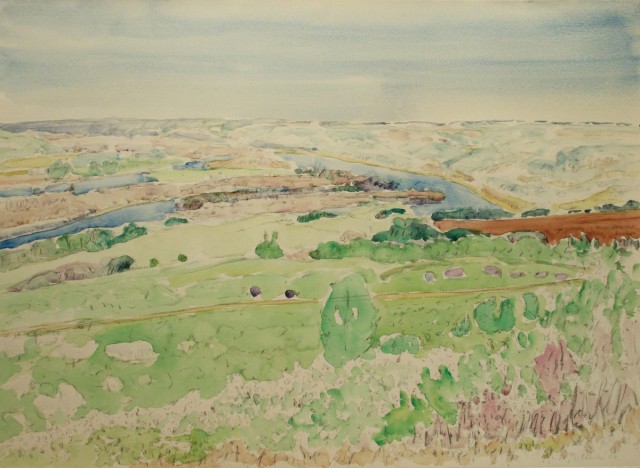 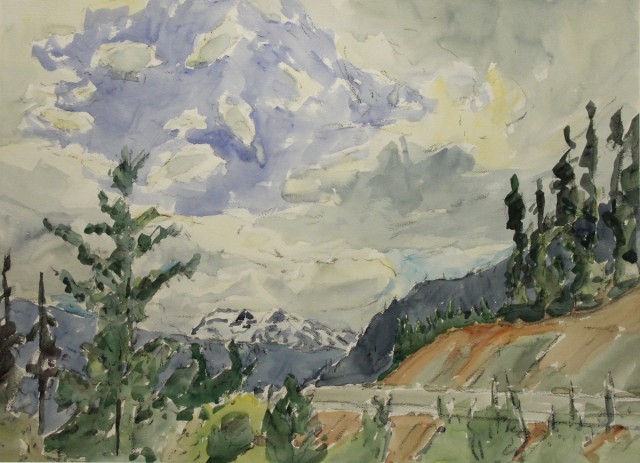 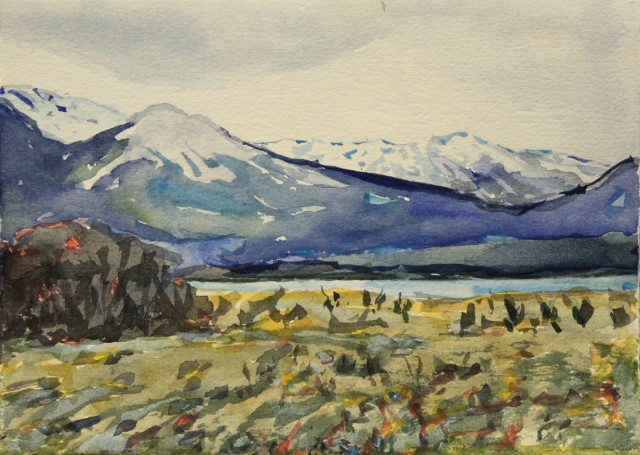 For the month of December in the middle gallery, we are presenting an intimate exhibition of watercolours by Dorothy Knowles.

Dorothy Knowles, born in 1927, is one of Canada’s top landscape painters. Her paintings bring to life the rich and colourful landscapes that surround her home and studio in Saskatoon, Saskatchewan. The watercolours that we have chosen reflect Knowles’s incredible sense of light, colour and atmosphere. The watercolours are all painted “en plein air” on location at the Perehudoff / Knowles cabin at Emma Lake or at their studio overlooking the North Saskatchewan River.

This is our first solo exhibition for Dorothy Knowles.

Dorothy Elsie Knowles was born in Unity, Saskatchewan in 1927. She graduated from the University of Saskatchewan with a degree in Biology in 1948, and in the summer of that same year Dorothy attended the Emma Lake Summer School. It was at the school she first met noted landscape artist Reta Cowley and discovered her love and skill for painting.

After attending Emma Lake, the course of Dorothy’s career changed. In 1951 Dorothy went to London, England to study at the Goldsmith School of Art. It was also in that year that she married the celebrated Canadian color-field artist William Perehudoff. They went on to become prominent figures in Canada’s art scene and significant members of the Saskatchewan arts community, and they raised three daughters together: Rebecca, Catherine and Carol. Dorothy continued to refine her craft over the years by studying at the Emma Lake Artist’s Workshop.

Dorothy has become one of Canada’s most distinguished landscape artists, and her work can be found in collections throughout the country and internationally. In 1987 Dorothy was awarded the Merit of Saskatchewan, and in 2004 she was awarded the designation of Member to the Order of Canada, denoting an achievement of outstanding citizenship and service to both Canada and to the international community.