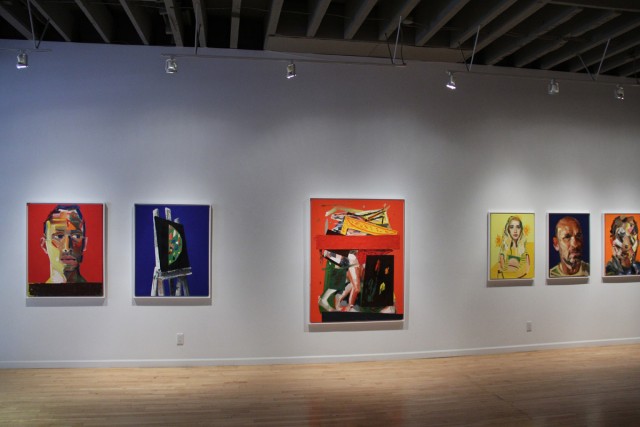 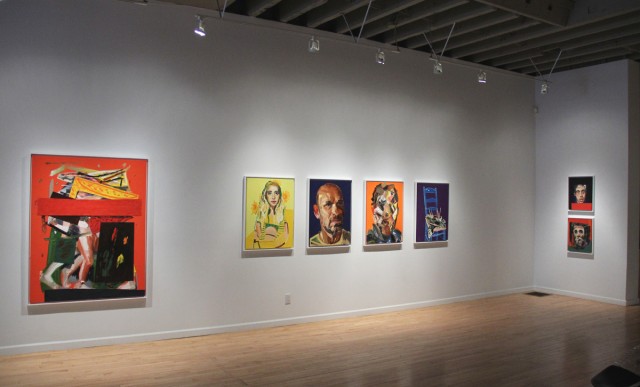 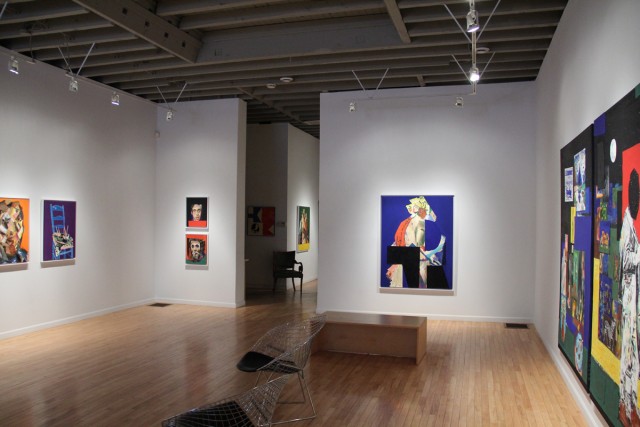 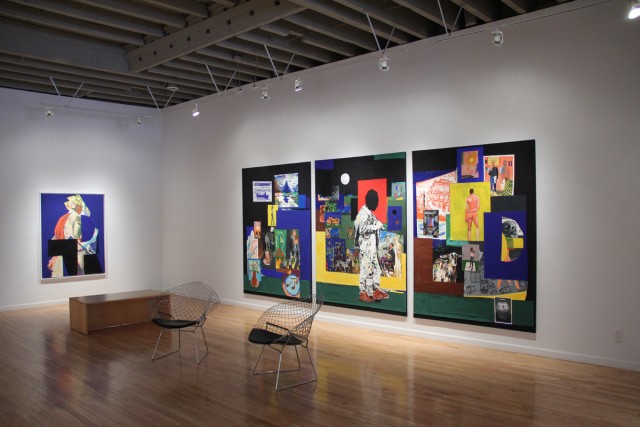 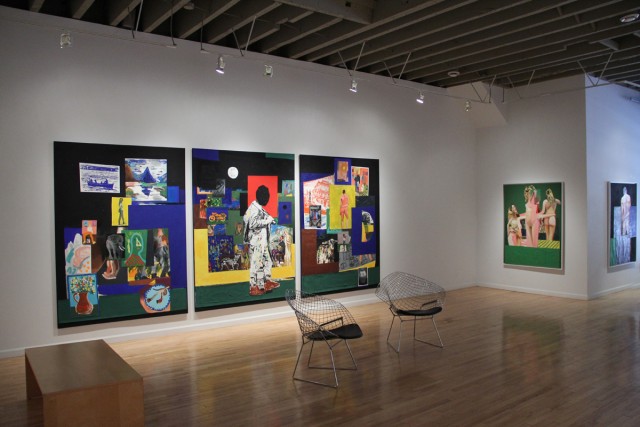 “The Painter’s Studio” features new paintings by Erik Olson completed at the Kunstakademie in Dusseldorf, Germany.  The paintings are related to the theme of ‘The Painter’s Studio’ and are influenced by Olson’s experience of being in the vast painting studios at the famed art akademie.

Erik Olson writes about his new body of painting:

As with all of my previous work, the recent paintings come out of my immediate experience.  I follow my curiosity and chase the sites and situations that most interest me.  This general rule ends up taking me to some pretty interesting places.

A year ago I was invited by Peter Doig to study as a guest student in his class at the Kunstakademie in Düsseldorf.  It seemed like the kind of offer I couldn’t refuse, so I packed my bags and flew East.  A year and a half later, I’m standing and looking at a body of work that is both drastically different and contrasting to what I’ve done before, and yet firmly grounded in my approach and process as a painter.

The Kunstakademie is an unusual place.  The building itself, built in the late 1800’s, is a huge neo-classical structure with vast studio spaces.  It was purpose-built for painting and I think perhaps more than any other school in the world, it retains this bold position towards avant-garde painting.  In some ways, it’s more a giant studio building than an art school in it’s gritty physicality.  The ethos is very free and open.  Certainly as a guest, there is almost no structure to the experience.  It can be pretty wild here: you have to learn to fight to survive in a way, but it’s also an amazing meeting place of talented students and legendary teachers.

The recent work comes out of this place and my experience in it.  As with my previous work, I play with what’s around me: the colours and forms and subjects at hand.  As I acclimatized to the Kunstakademie, I soon realized that more than ever before, I was completely immersed in the idea of the painter’s studio.  As I began to work, the subject matter began to emerge.  The paintings began to take on the qualities that were present in the studios: the nudes of the drawing room, the painter’s tools, portraits of people around me, of the hundreds of stacked paintings that line the hallways and the scraps and detritus of source material on the floor. I began to collage and assemble these elements together into the paintings.  I found this opened up the process and allowed for a greater play in the work.

Here at the Kunstakademie, I felt very free to take and combine everything around me: to pull a quote from a Matisse painting I’d seen at the museum down the street; to combine that with an Instagram mountain landscape of Canada; to add in a nude drawing of my girlfriend.  Everything that caught my attention was allowed and valid as source material.

This series of painting is a look at painting as a process, as a tradition and as a primal generator of images.  These ideas culminate in the largest painting in the show: ‘Die Kunstakademie’ (The Art Academy).  It’s a portrait of the Kunstakademie and a kind of self portrait in a way, where there are paintings within paintings and my own personal history merges with that of the Akademie’s.

Born in Calgary in 1982, Erik Olson graduated from the Emily Carr University of Art and Design in 2007. The following years after university, Olson travelled extensively, spending time at artist residencies in Canada and India. Breaking with tradition, Olson self-curated his first solo show in a Calgary abandoned gas station in 2008. Since then his paintings have been recognized by curators and galleries which has led to exhibitions at the Glenbow Museum, MOCA Calgary, Art Gallery of Calgary and the University of Wisconsin / Milwaukee Union Gallery.

In October 2014 Olson moved to Dusseldorf, Germany to study at the Kunstakademie as Peter Doig’s guest student.