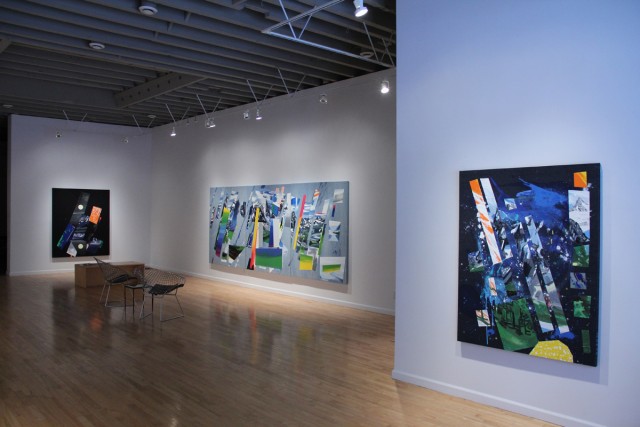 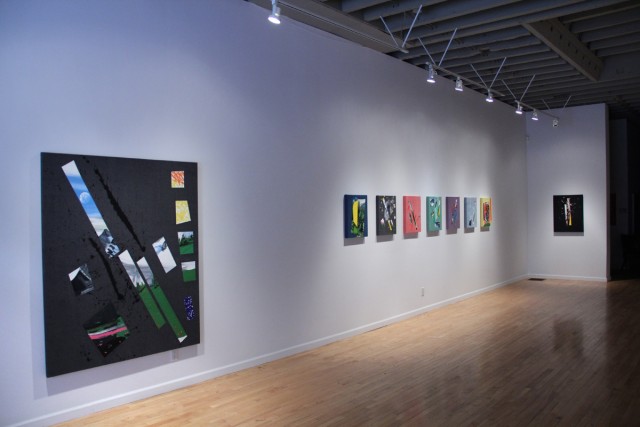 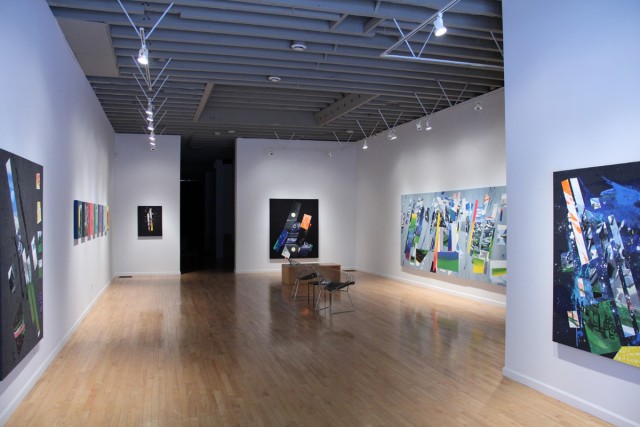 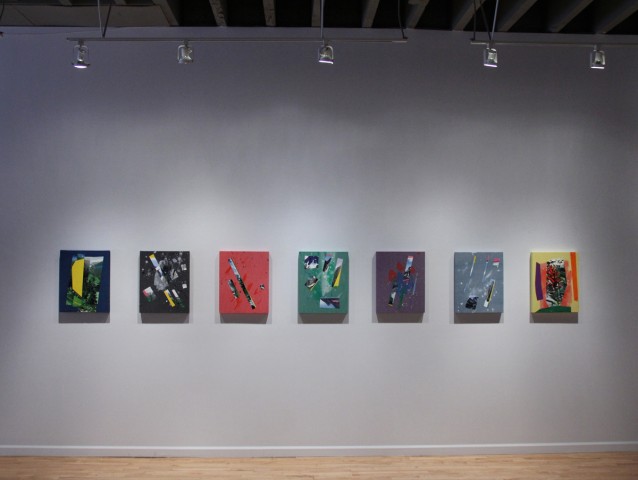 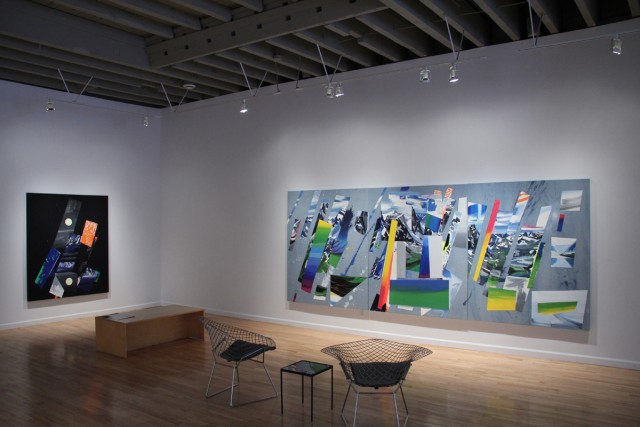 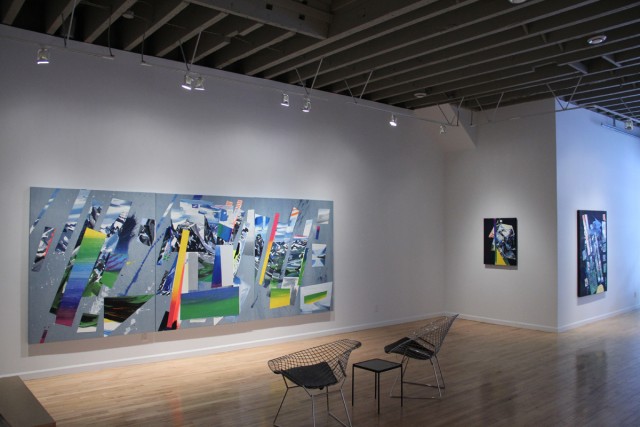 Erik Olson finds his inspiration from life: from his friends, the surrounding landscape, the city and clear skies at night. He continually follows his curiosity. Beginning with a simple interest in a subject, Olson researches and collects extensive source material before he sets out to paint. Olson’s recent series of paintings explored the themes of space, India, modern dance, portraits and mythological gods.

The paintings included in “The Mountains” return Olson to his Alberta roots. Using the Group of Seven as a starting point, Olson has re-framed the Western Canadian landscape through a contemporary lens in order to see the landscape as it exists now.

The paintings become visual mash-ups, combining Jackson Pollock-like drips and splashes with slices of idyllic Lawren Harris mountain vistas. All of this is held together by formal compositions taken directly from Kurt Schwitters (1887-1948 German Dada artist, master of collage and assemblage). With bold colour and exuberant brushwork, Olson has re-interpreted the Canadian landscape, collaging together our history of art, architecture and our relationship with nature.

Born in Calgary in 1982, Erik Olson graduated from the Emily Carr University of Art and Design in 2007. The following years after university, Olson travelled the globe studying painting – in London, Florence, New York & India. Breaking with tradition, Olson self-curated his first solo show in an abandoned gas station in 2008. Since then his paintings have been recognized by curators and galleries which has led to exhibitions at the Glenbow Museum, MOCA Calgary, Art Gallery of Calgary and the University of Wisconsin / Milwaukee Union Gallery.

Olson was recently shortlisted along with 400 other artists for the “100 Painters of Tomorrow” project, an initiation to find the most 100 exciting painters working today by publishers Thames & Hudson.

In October 2014 Olson will be moving to Dusseldorf, Germany to study at the Kunstakademie as Peter Doig’s guest student.