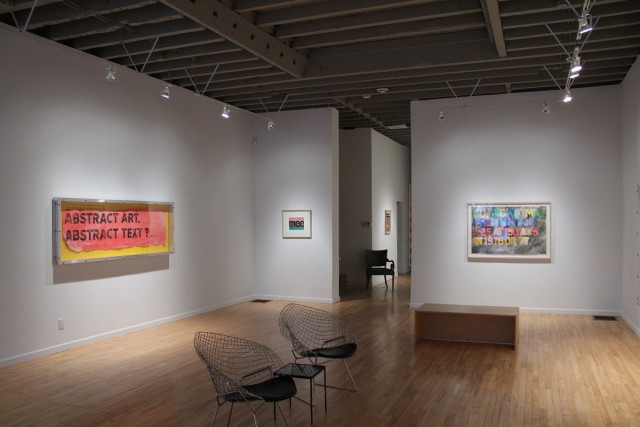 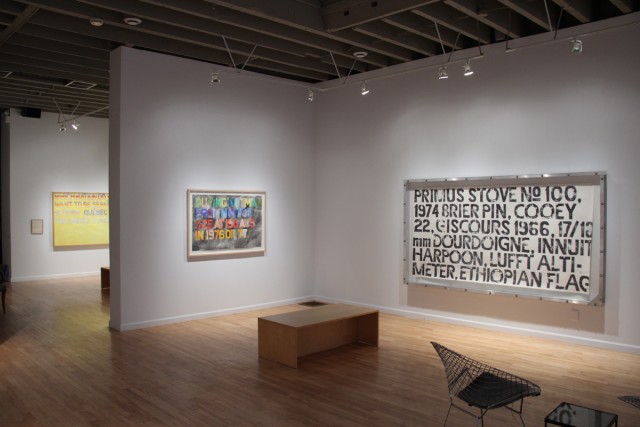 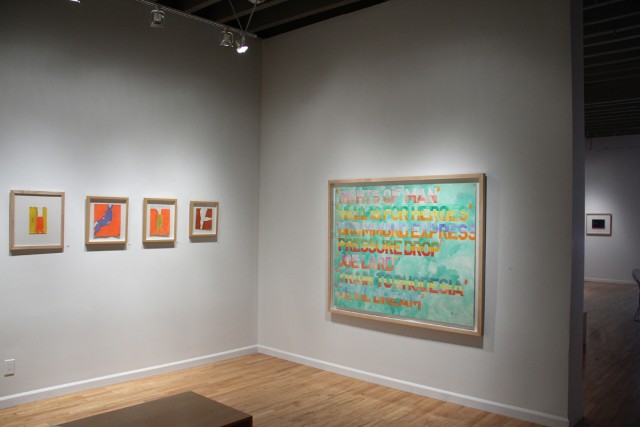 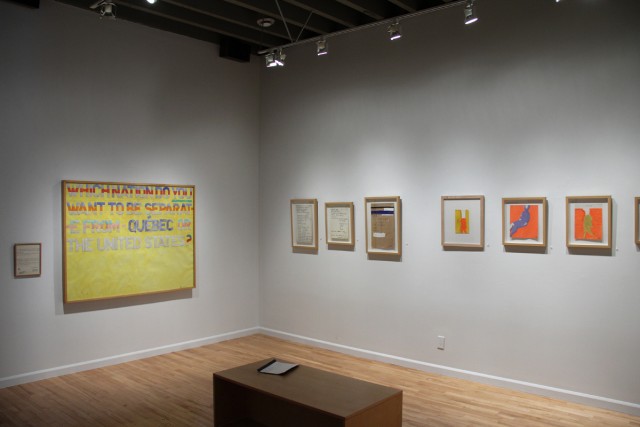 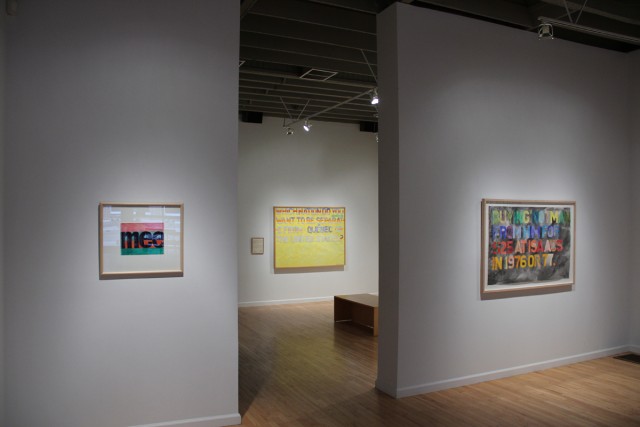 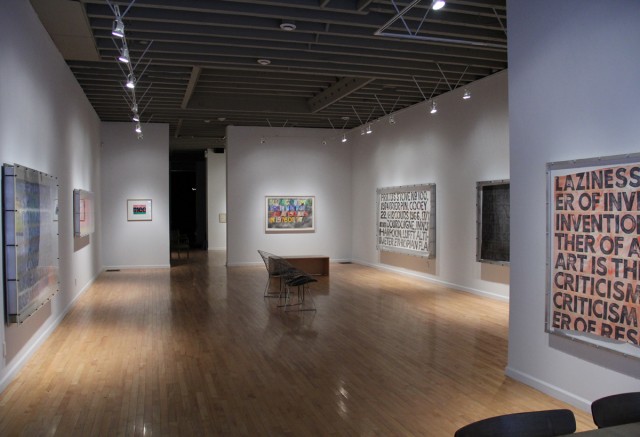 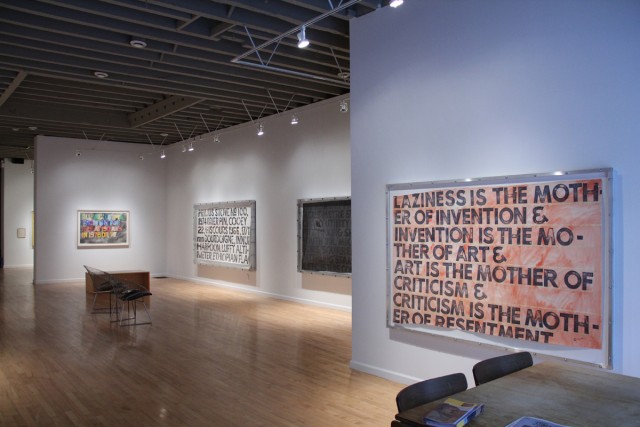 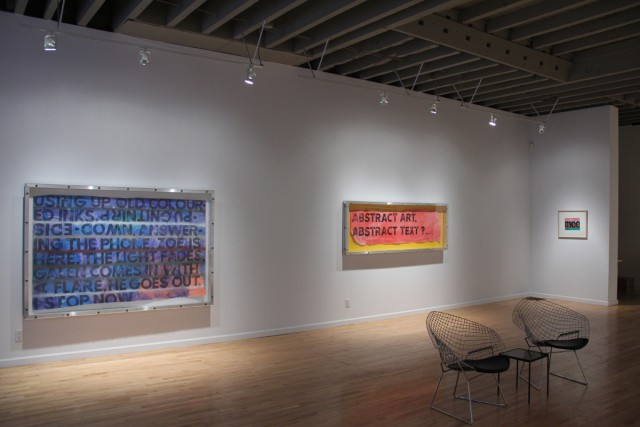 Greg Curnoe, well known for his bicycle and self portrait paintings, constantly informed us about his life events and personal opinions through the use of text in all his images. We are very excited to present this tightly curated exhibition of both stamped and painted works from the estate of Greg Curnoe.

“Text” includes lettered work that ranges in date from 1961-1992.  The stamp pad ink and watercolour text-only works represent an intense record keeping where Curnoe describes, through words, his observations and thoughts.  The lettered works evolve through time as Curnoe develops as an artist, however, consistently express an ideology of a specific time and place.  Many of these works have never been exhibited before.

Greg Curnoe writes about his lettered work in 1987:

This work is addressing something a little more fundamental than that.  I find the use of type very interesting because we can assume its evolution goes back to people making diagrams, and then hieroglyphs and so on to printing as we know it.  This evolution seems to have gone as far as Times Roman, a typeface which becomes more than unobtrusive – it becomes almost invisible or unseen.  So the evolution of printing is based on the notion that it should be invisible and not interfere with reading.  You should not be aware that you are doing it – almost like a kind of sense, so that you skim a text and it goes into your head.  I suppose that’s what speed reading finally becomes.

I think that is curious.  So by using a stamp set of big letters and also by using a sans serif typeface I have made the text awkward to read.  I discovered that a sans serif typeface isn’t as legible as the more traditional serif faces.  In other words, the letters stick out, they don’t disappear.  It makes you look and read at the same time.  That seems to be what this work is about.  The reading is done more slowly, and you have to look to read.  You can’t just take it in, partly because the letters are very large.  Some letters are upside down or backwards.  But because the letters are in a correct sequence you can read it.”  (from an edited transcript of interview with Artviews about “I tell Stories” exhibition at YYZ, Toronto, December 3, 1987).