Jason McLean “Something Up My Sleeve” 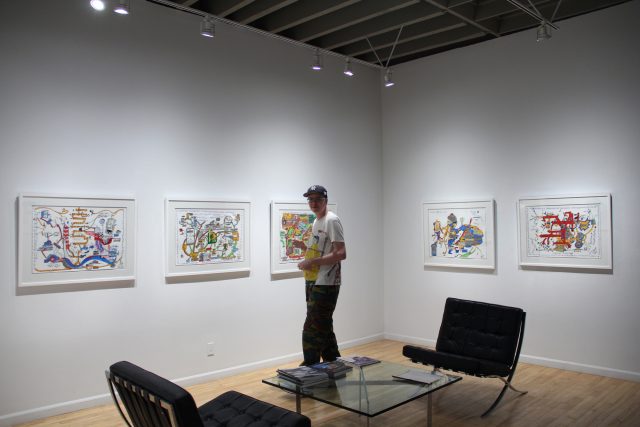 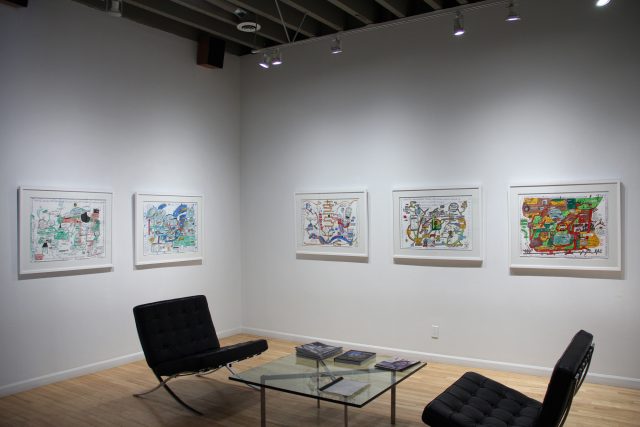 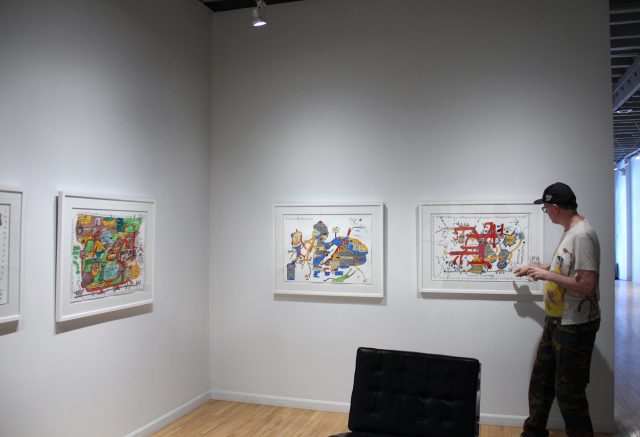 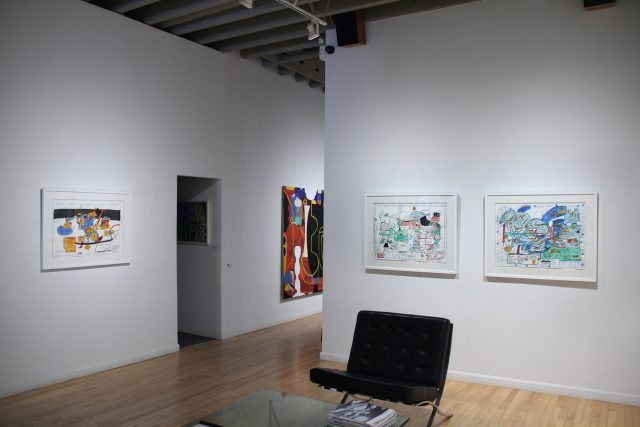 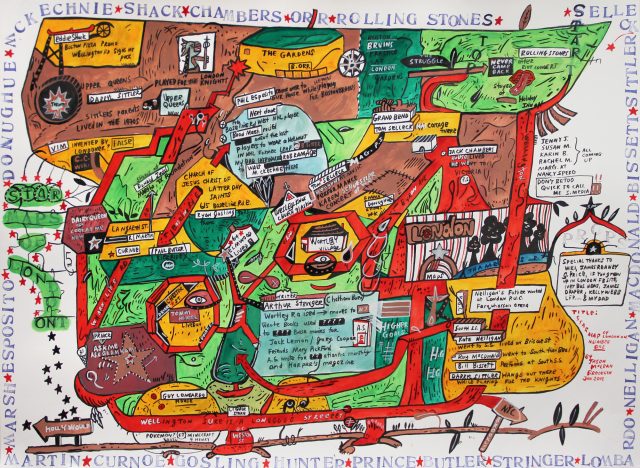 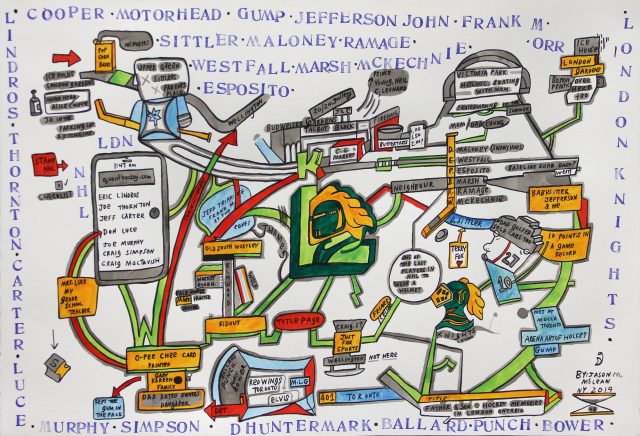 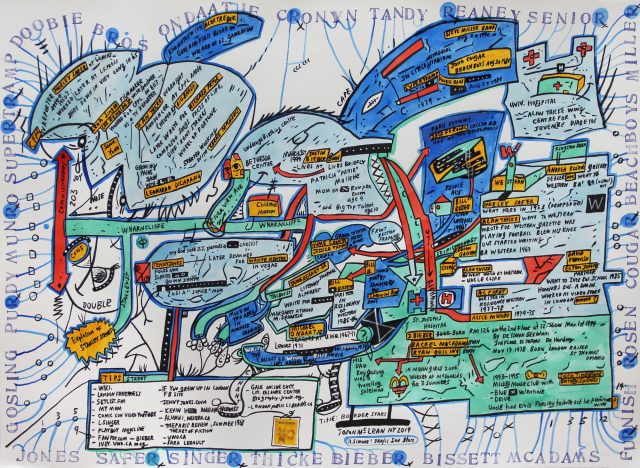 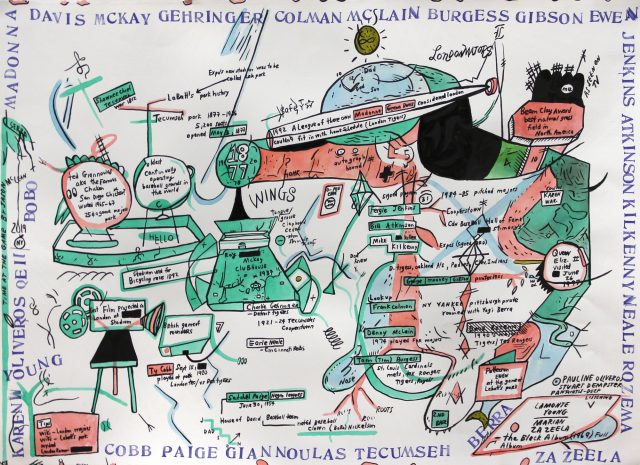 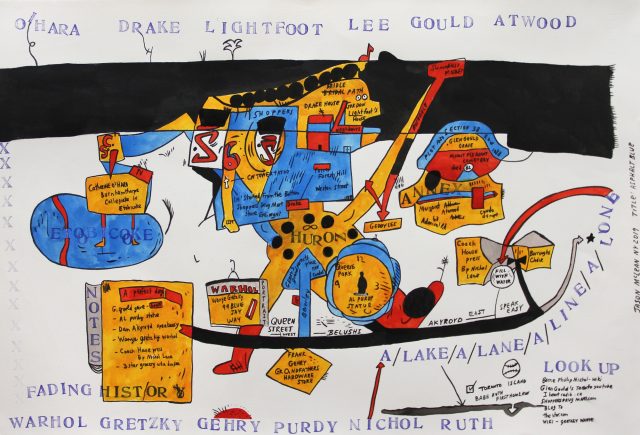 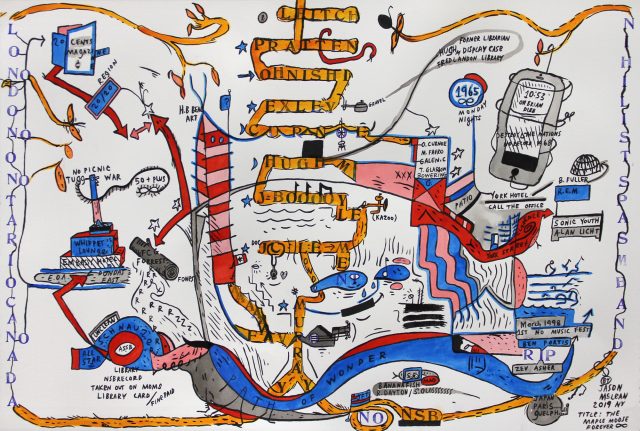 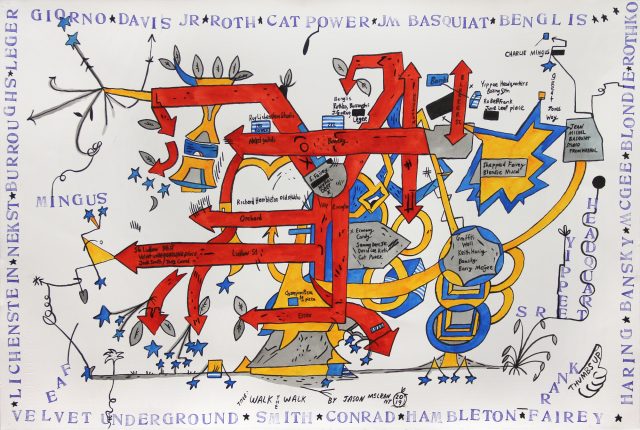 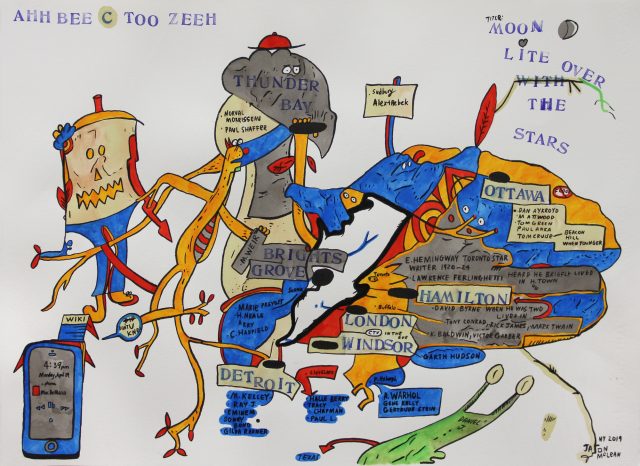 The 8 – 22 x 30 in. drawings included in our middle gallery July exhibition all follow the same format: each is edged with stamped names while the topic is visually mapped out and explained in the interior.

For the drawings, McLean has obsessively researched hockey heroes, baseball players, celebrities, comedians and artists all connected to the places where he has lived and worked.  Influenced by his love of lists and with a wink to Greg Curnoe, McLean has stamped (using a 20 year old stamp pad set) some of the important names featured in each drawing around the perimeter of each page.

Jason McLean “Something Up My Sleeve”