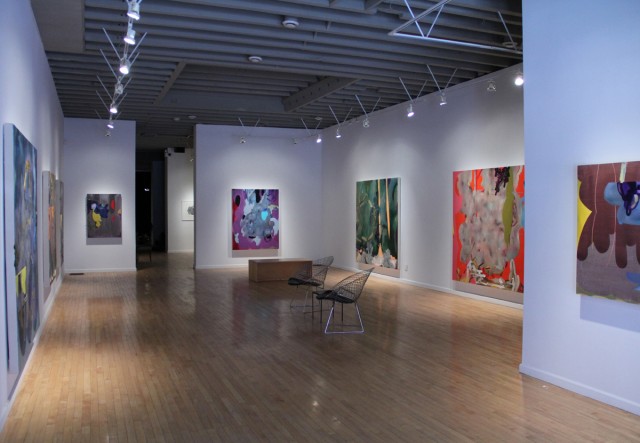 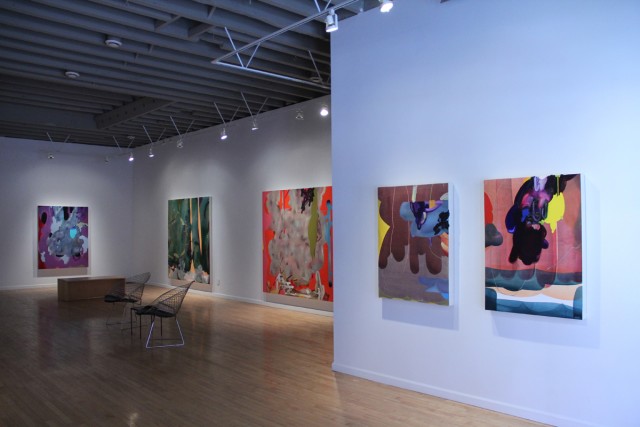 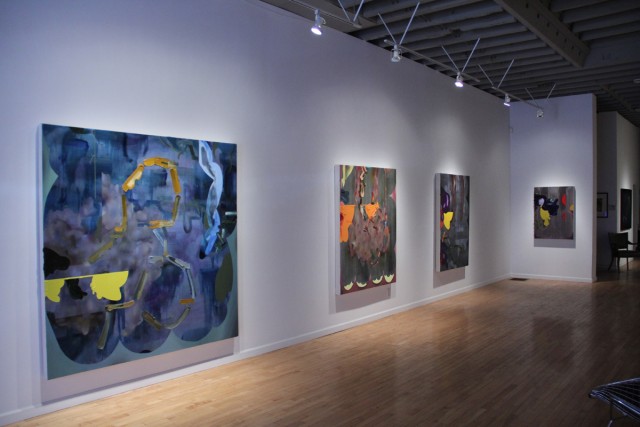 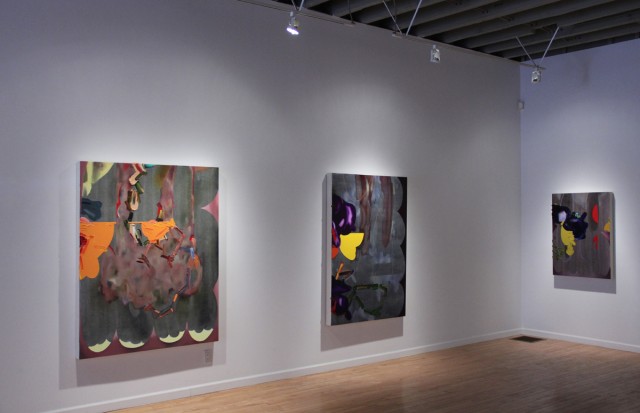 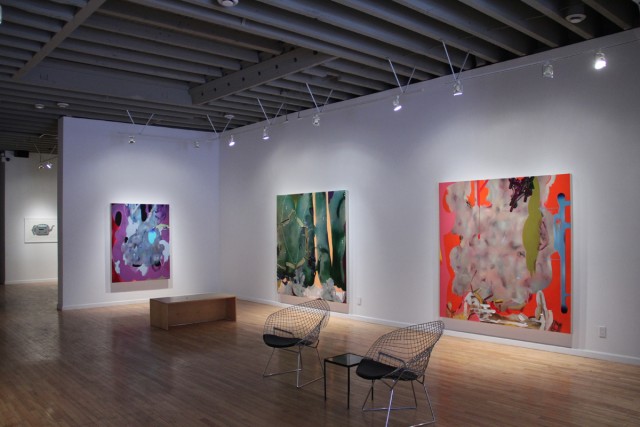 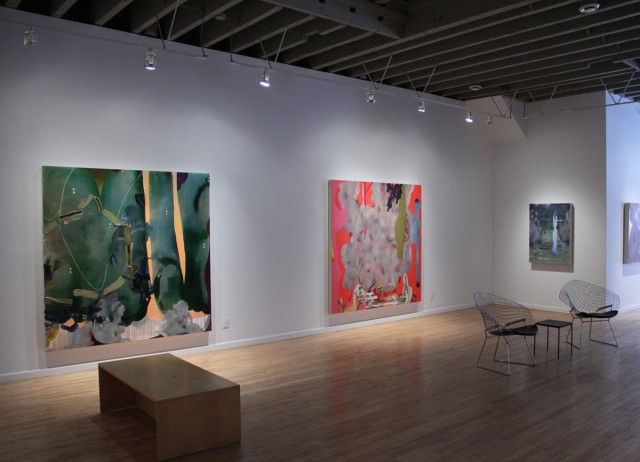 This is Calgary artist Mark Mullin’s first exhibition with the gallery. Mullin’s new abstract paintings were influenced by the synthetic colours and spectacle of carnivals, magic, stage performances and puppet theaters. Mullin is interested in combining organic, natural colours with artificial – “look at me” – performative colour to create a behind the scenes, abstract, Wizard of Oz world.

Born in 1969 in Edmonton, Alberta, Mark Mullin received his Bachelor of Fine Art with a major in painting from the University of Alberta, Edmonton in 1991. He studied printmaking as a guest student at the Art Academy in Hamburg, Germany before completing his Masters of Fine Art at Concordia University, Montreal in 1999.

He has participated in prestigious artist residencies including the Cooper Union School of Art Summer Residency, New York City, the Painting’s Edge in Idyllwild, California and the Banff Centre for the Arts, Banff, Alberta.

Mullin’s paintings were included in the group exhibitions “Made in Calgary – the 2000s” at the Glenbow Museum in 2014 and “Made in Alberta” at the MOCA Calgary in 2013. In 2007 Mullin had a solo exhibition, an unfolding sense of order, at the Art Gallery of Calgary.

The recipient of many awards and grants, Mullin was a 2004 finalist in the RBC Canadian Painting Competition. His artwork was also included in the 2008 Magenta Foundation publication “Carte Blanche, Vol. 2: Painting”, a survey of contemporary painting in Canada.

Mullin currently lives and works in Calgary where he teaches painting at the Alberta College of Art and Design.