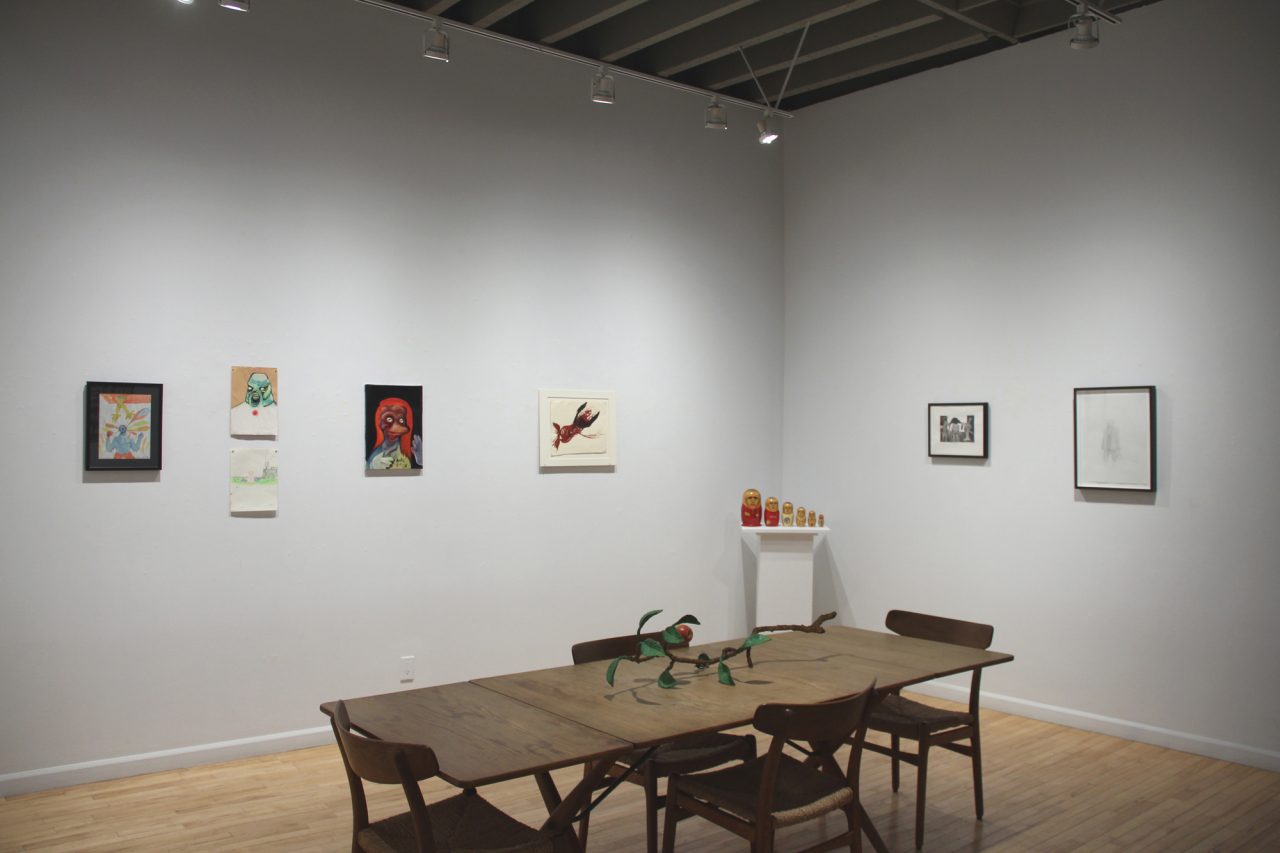 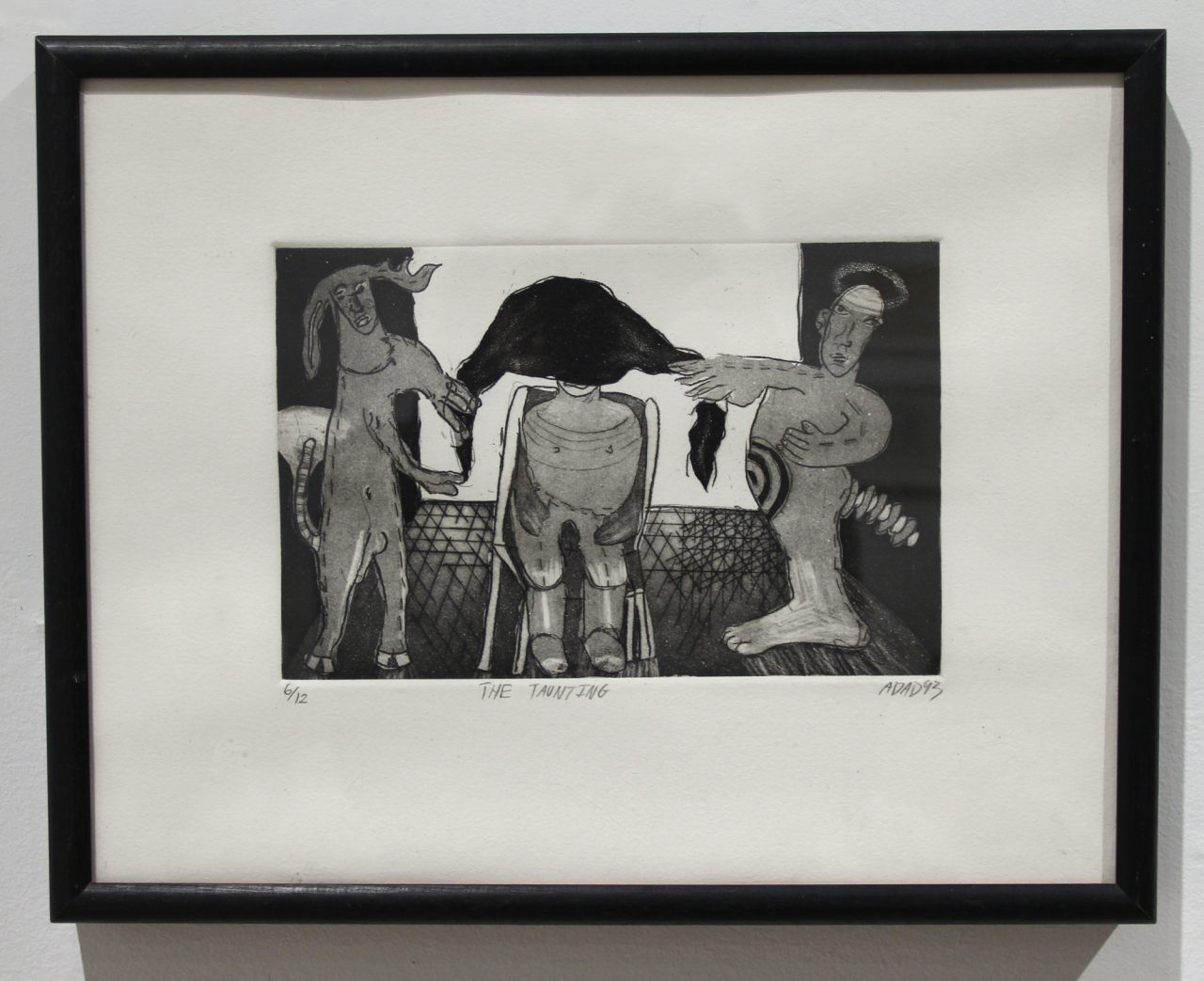 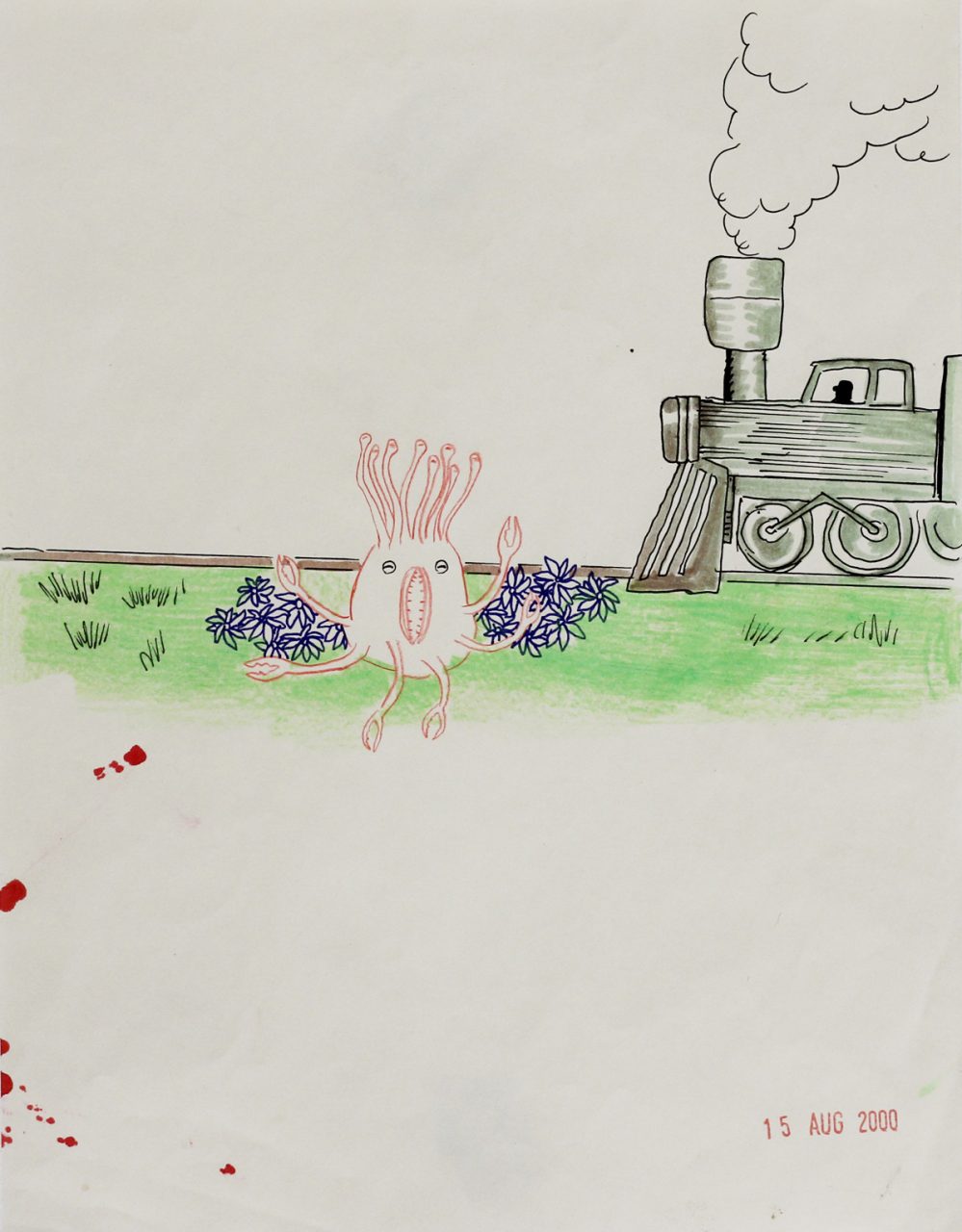 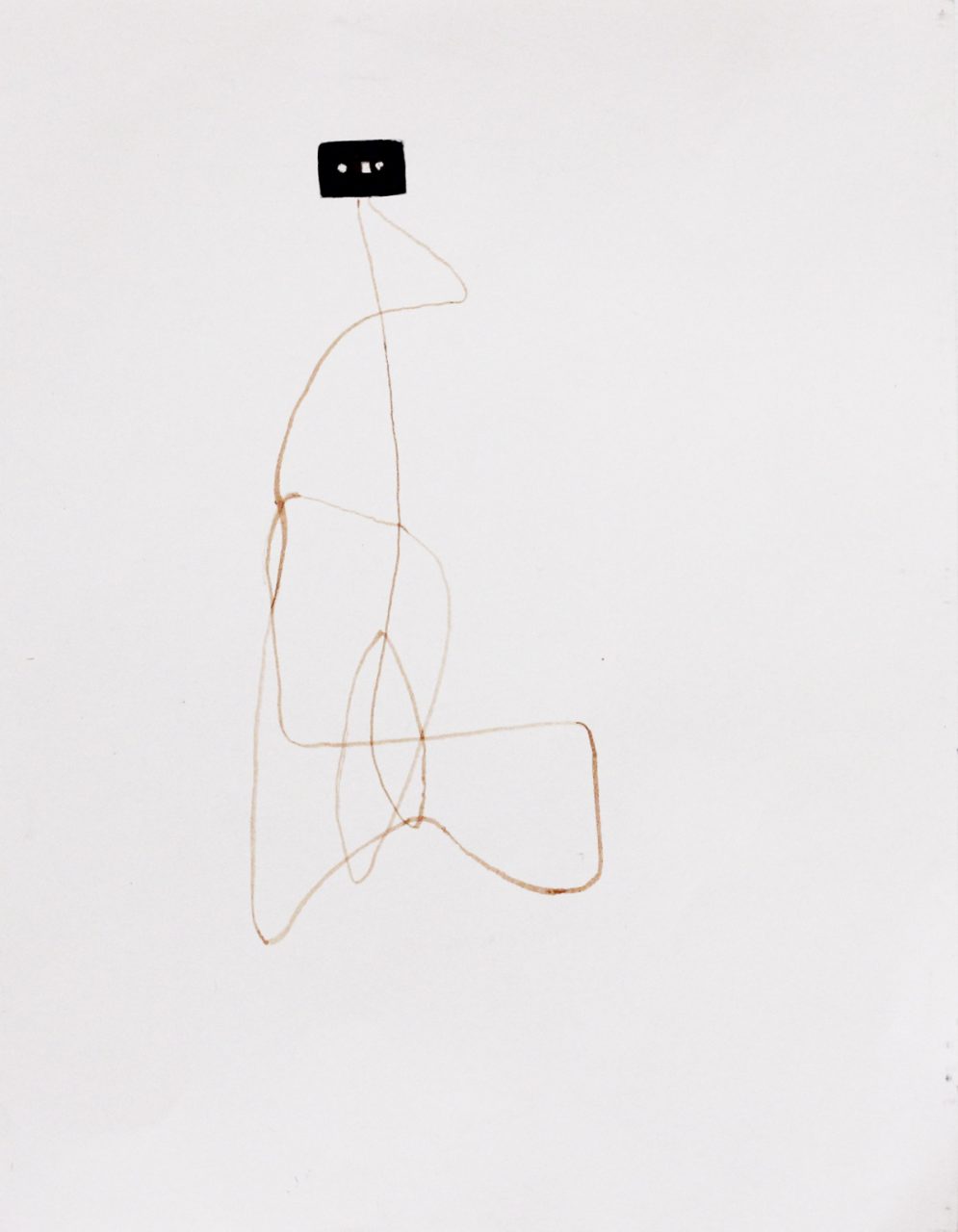 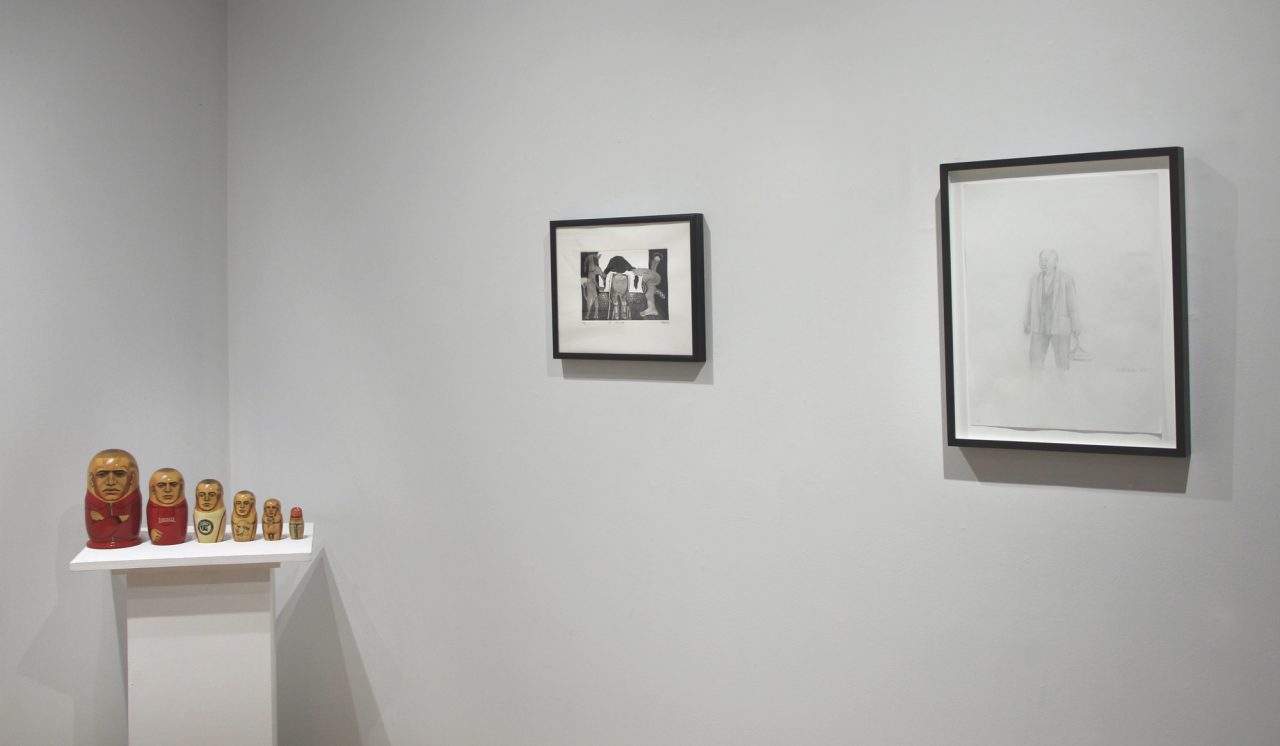 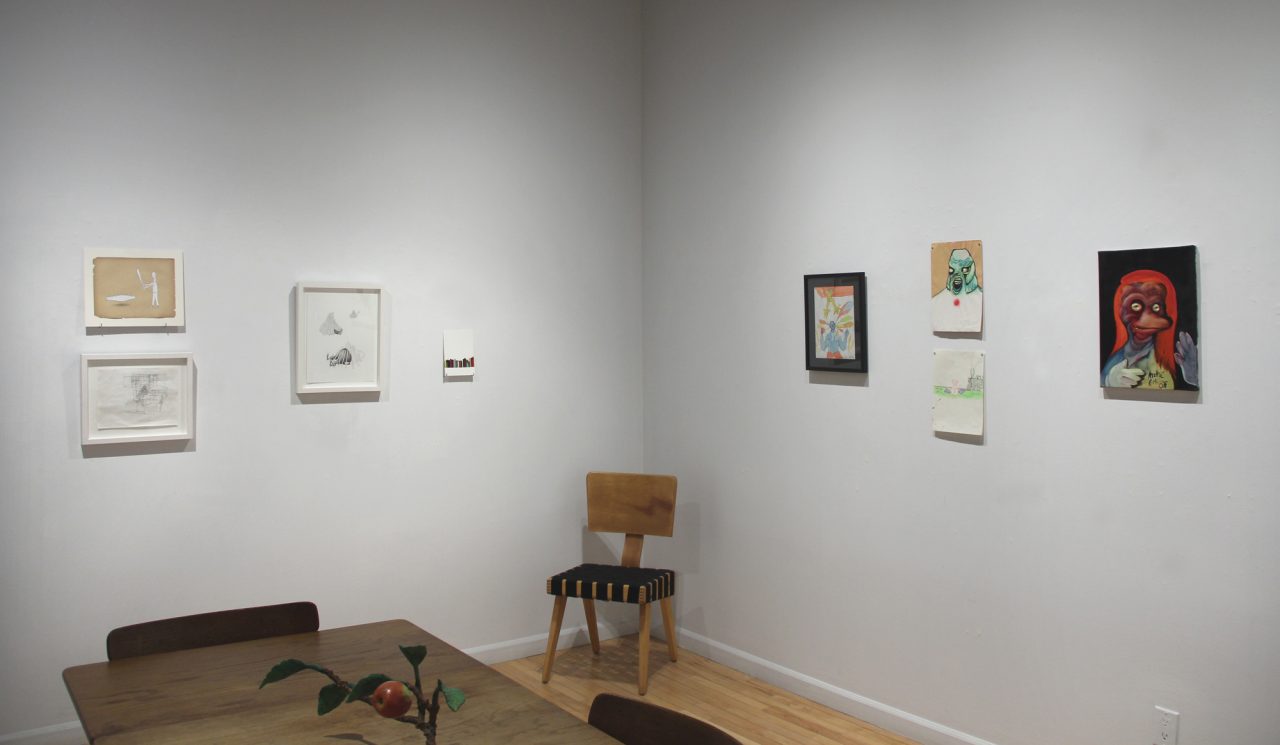 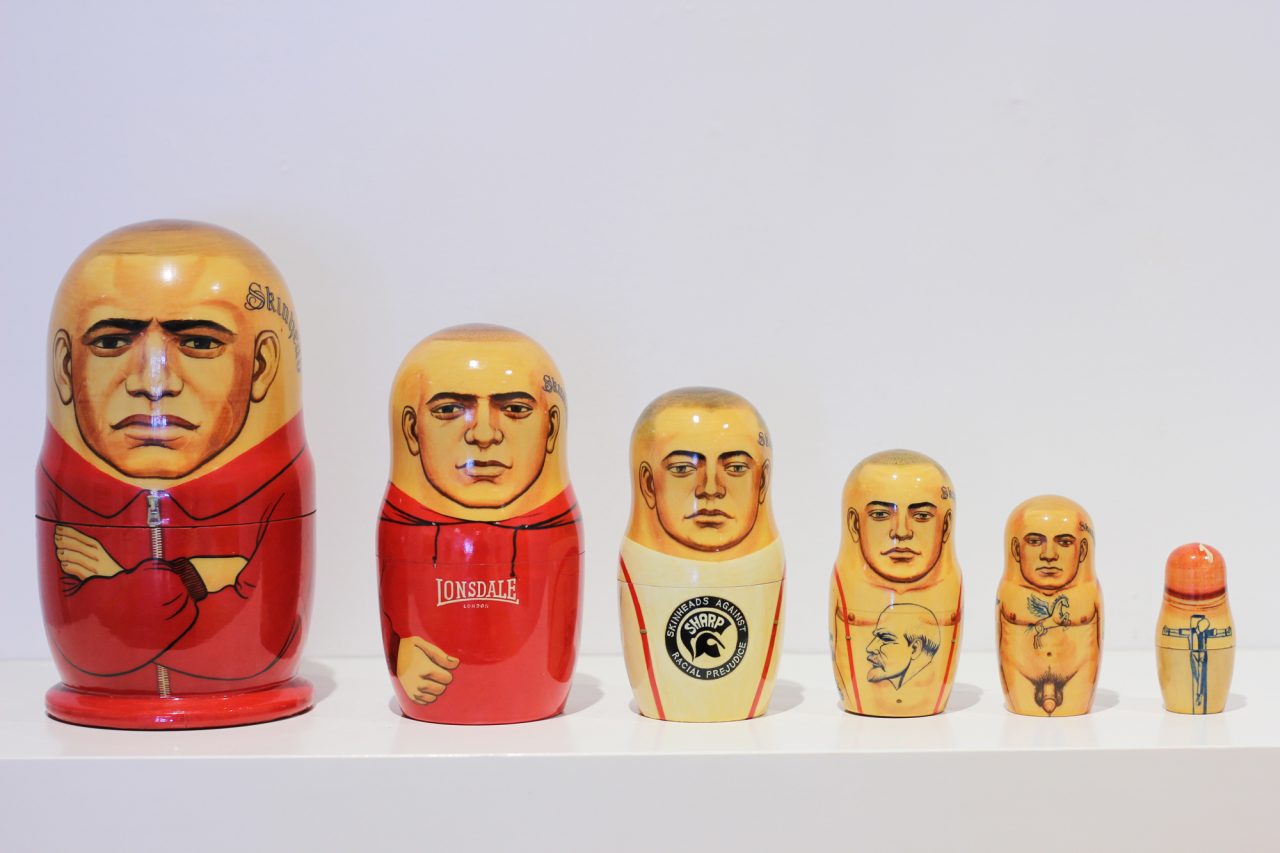 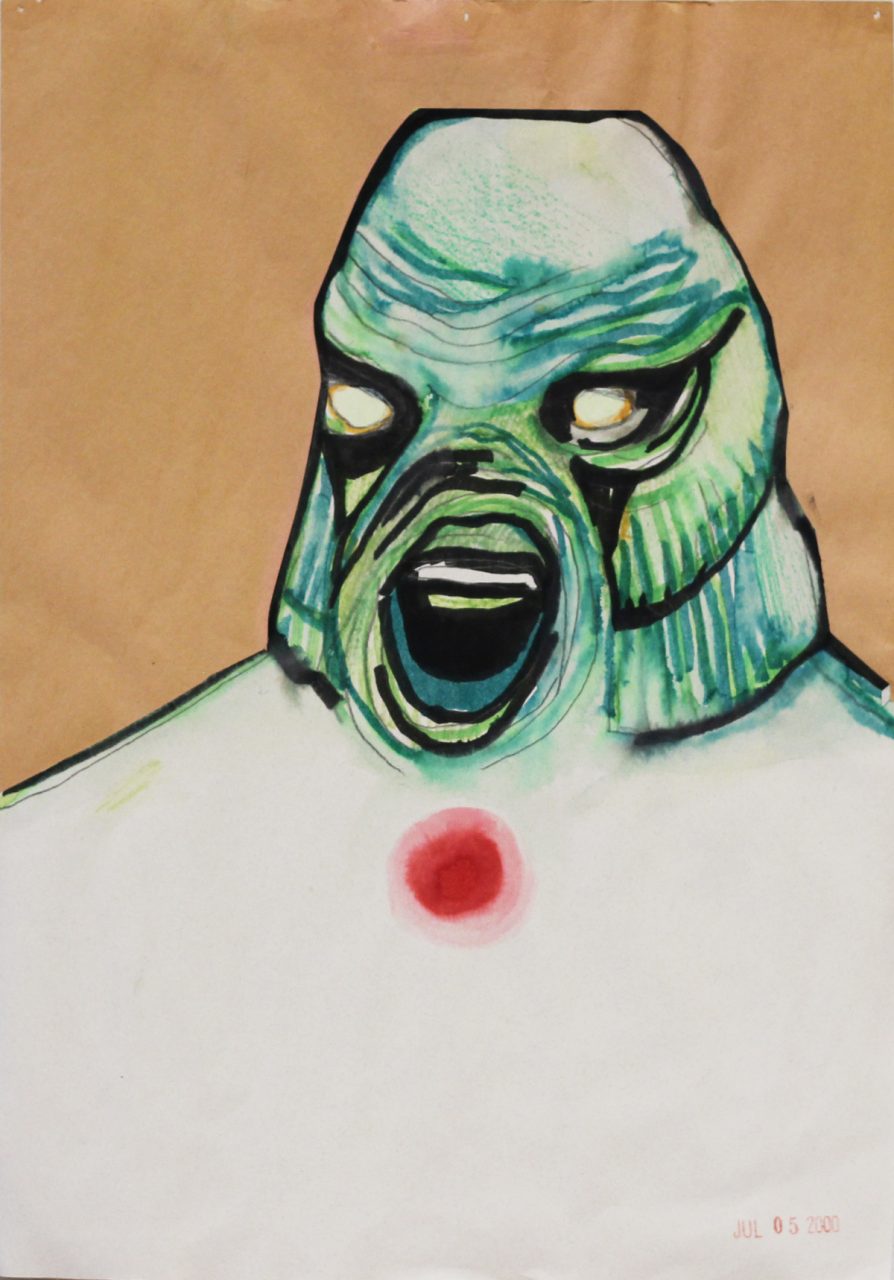 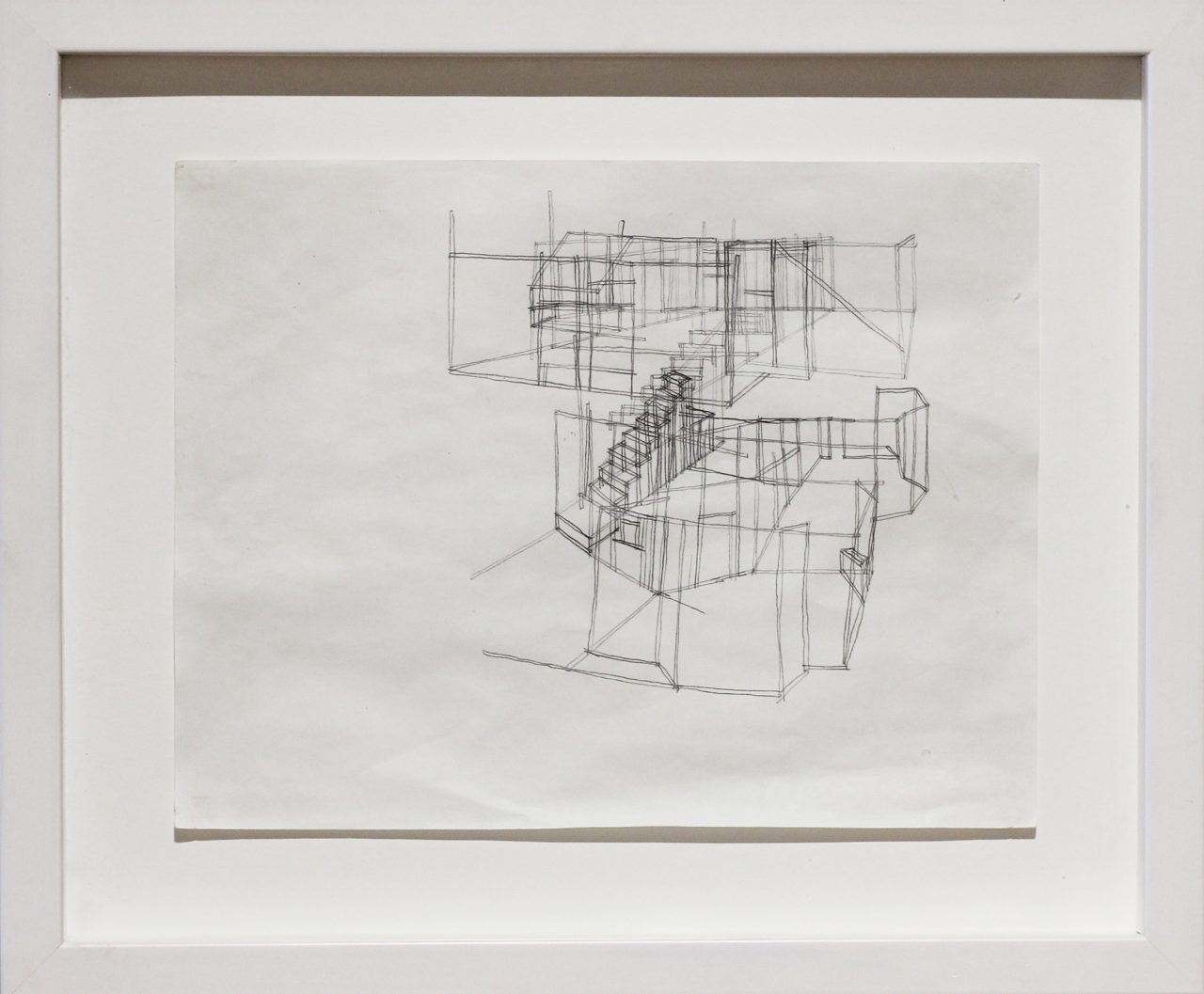 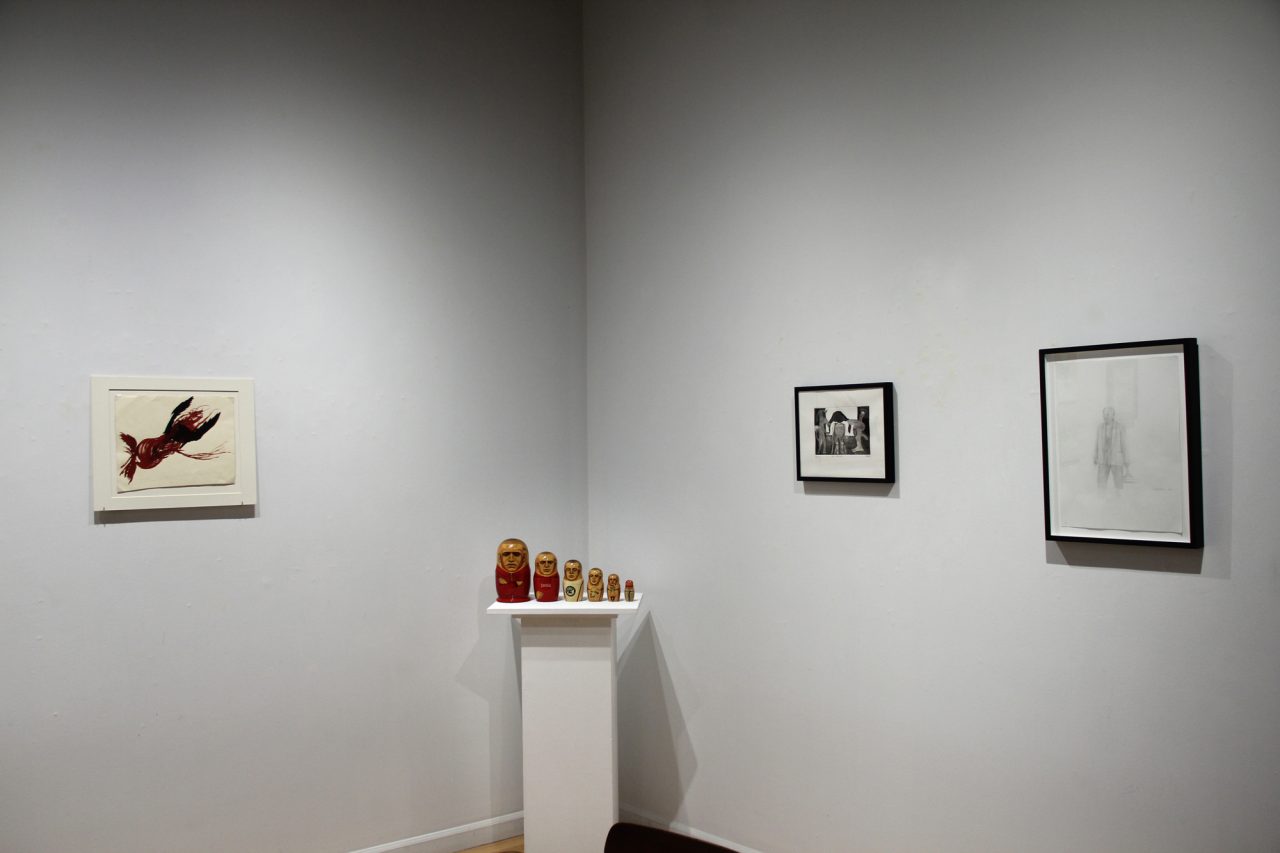 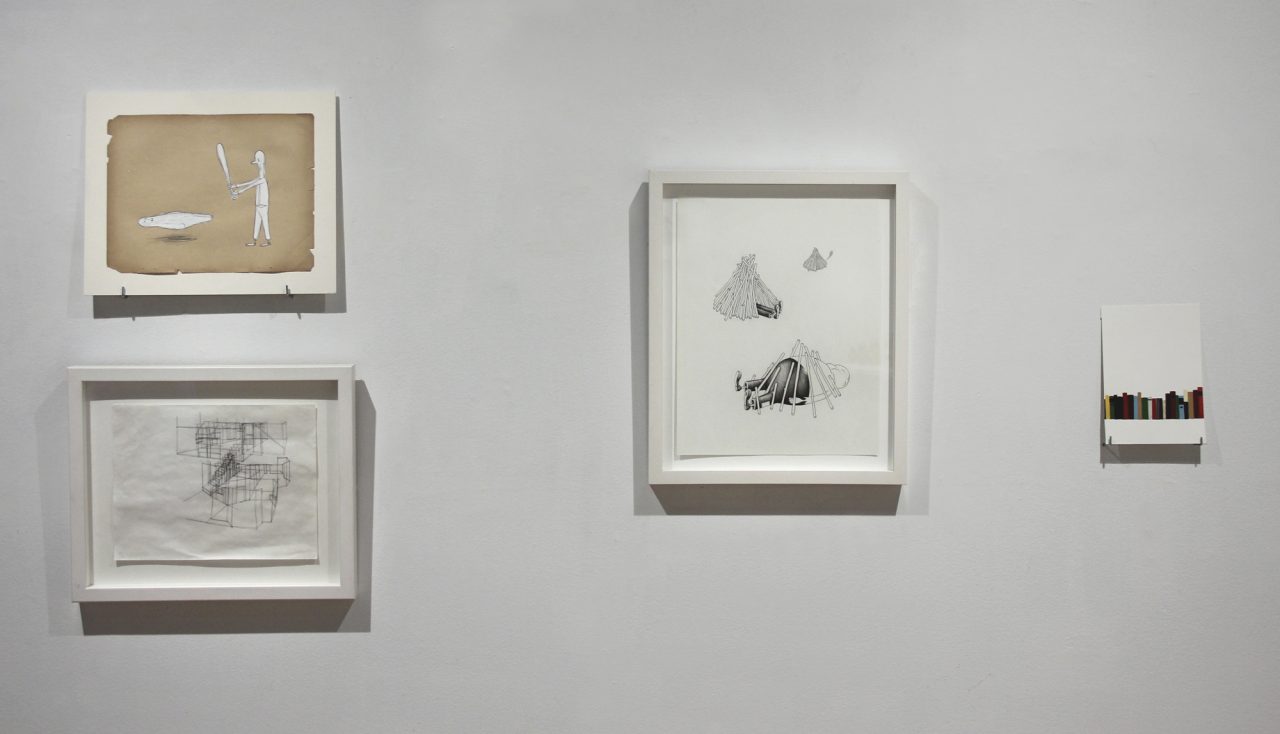 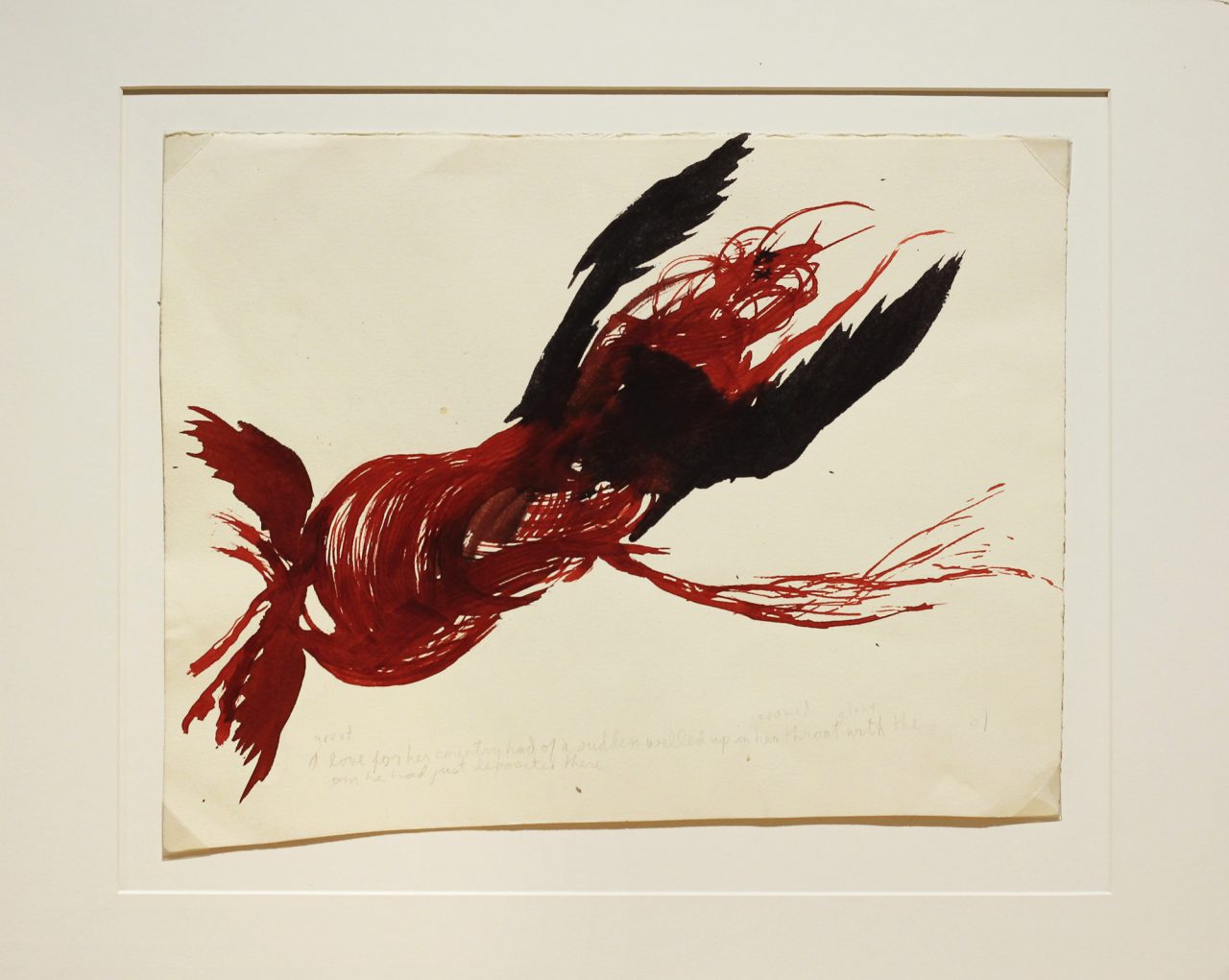 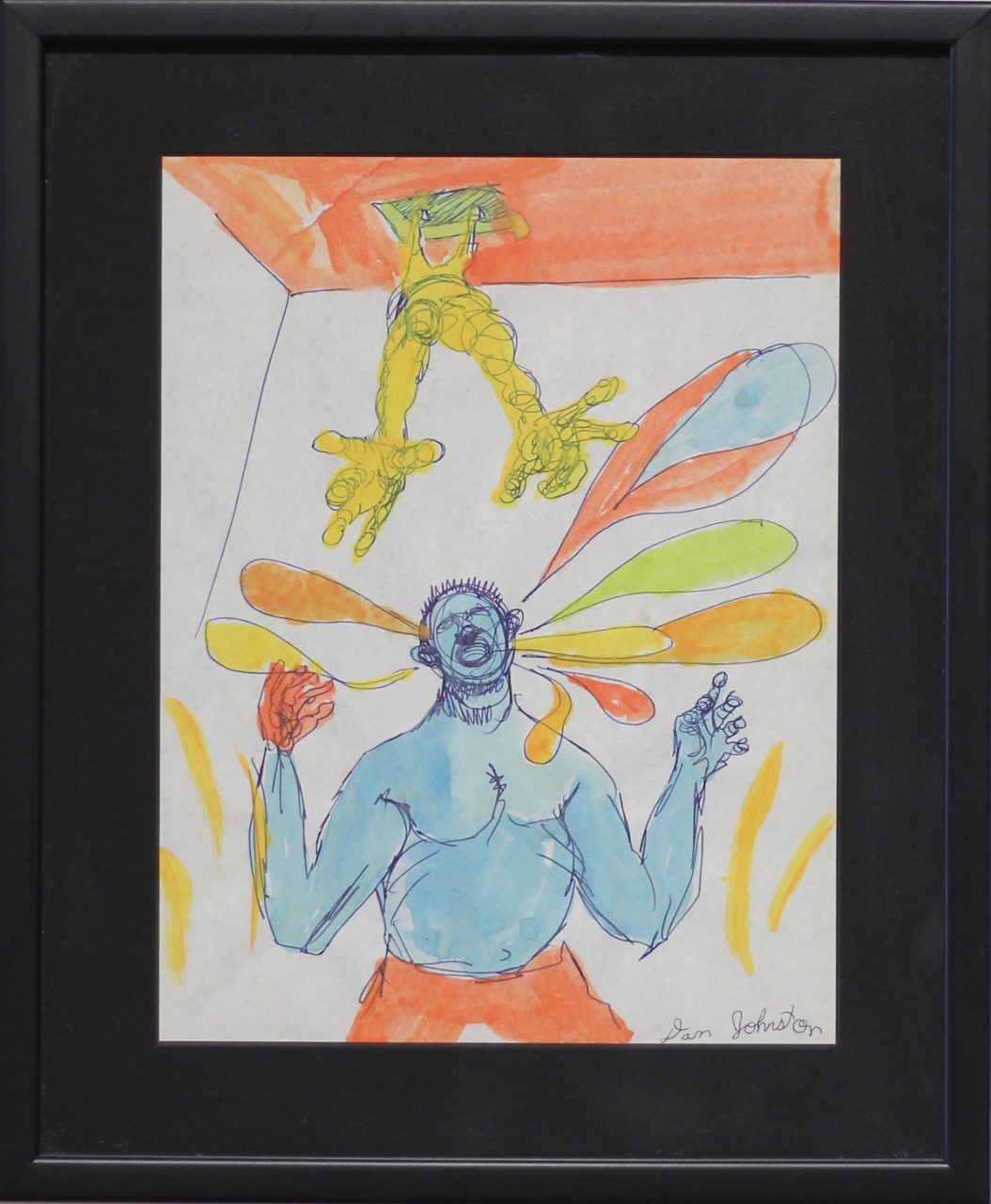 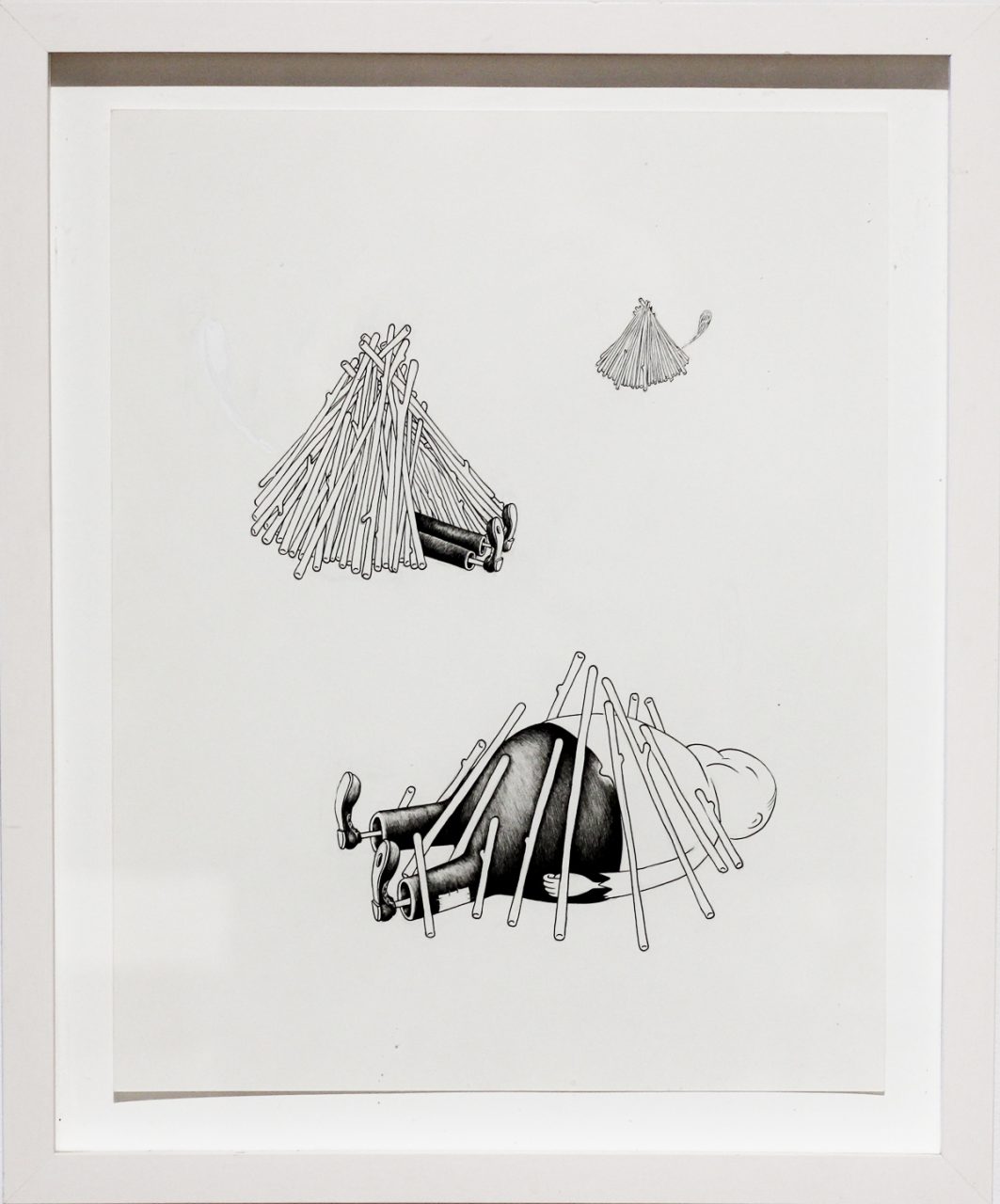 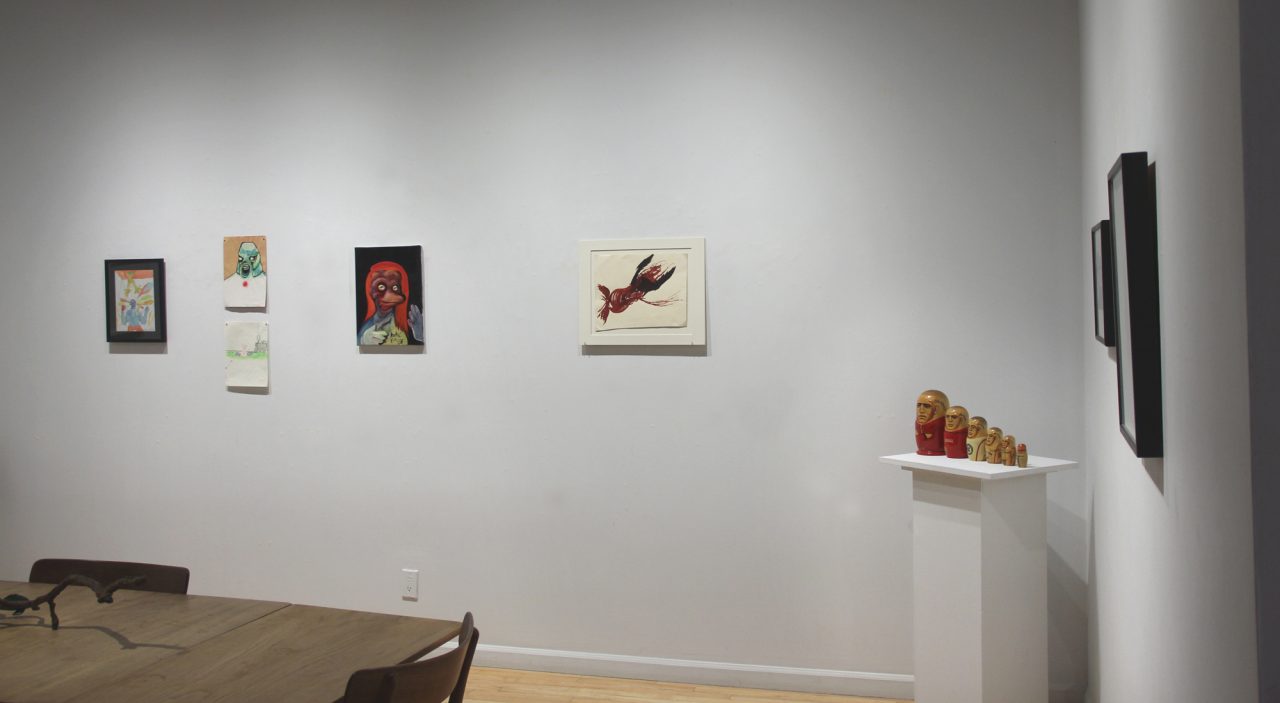 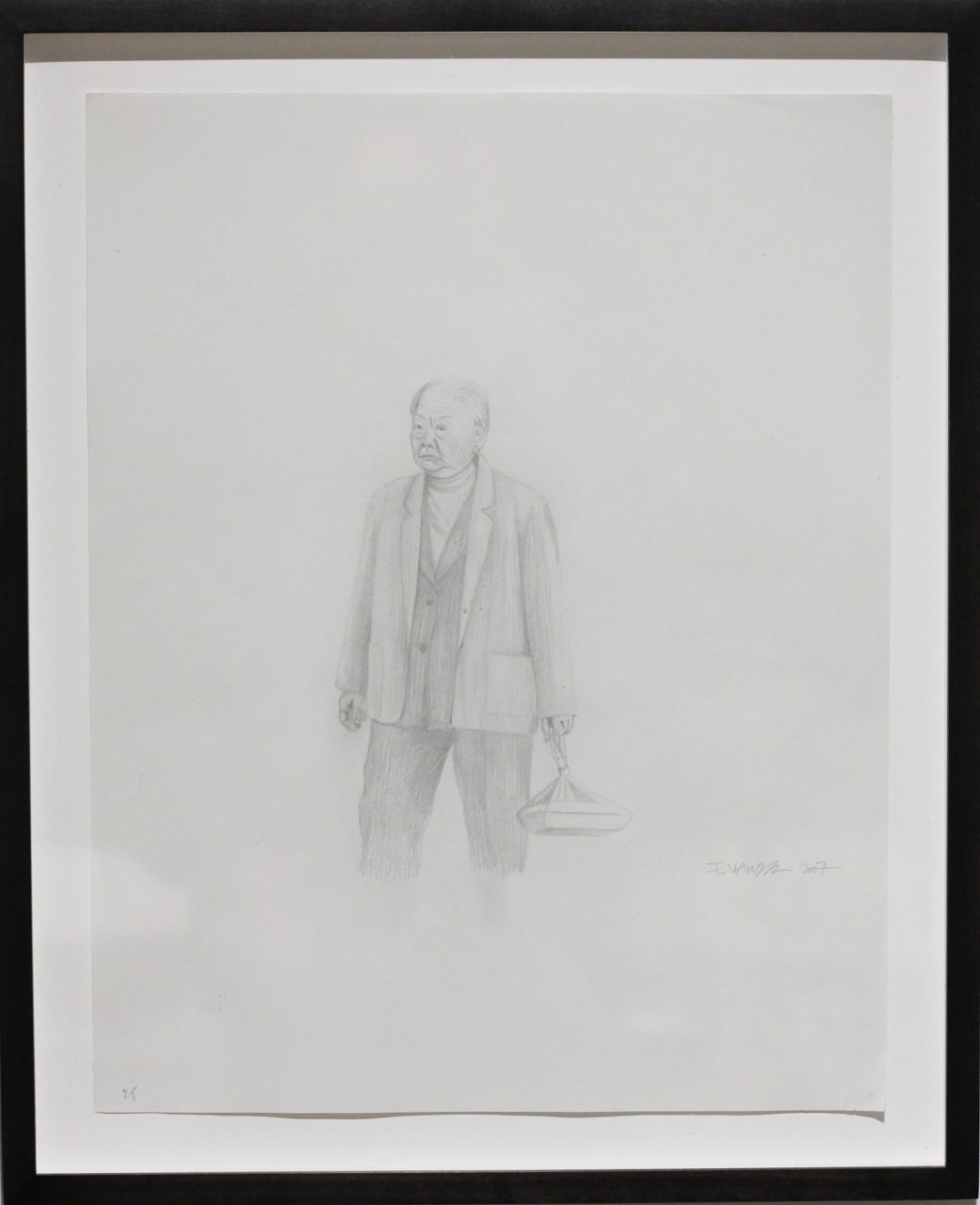 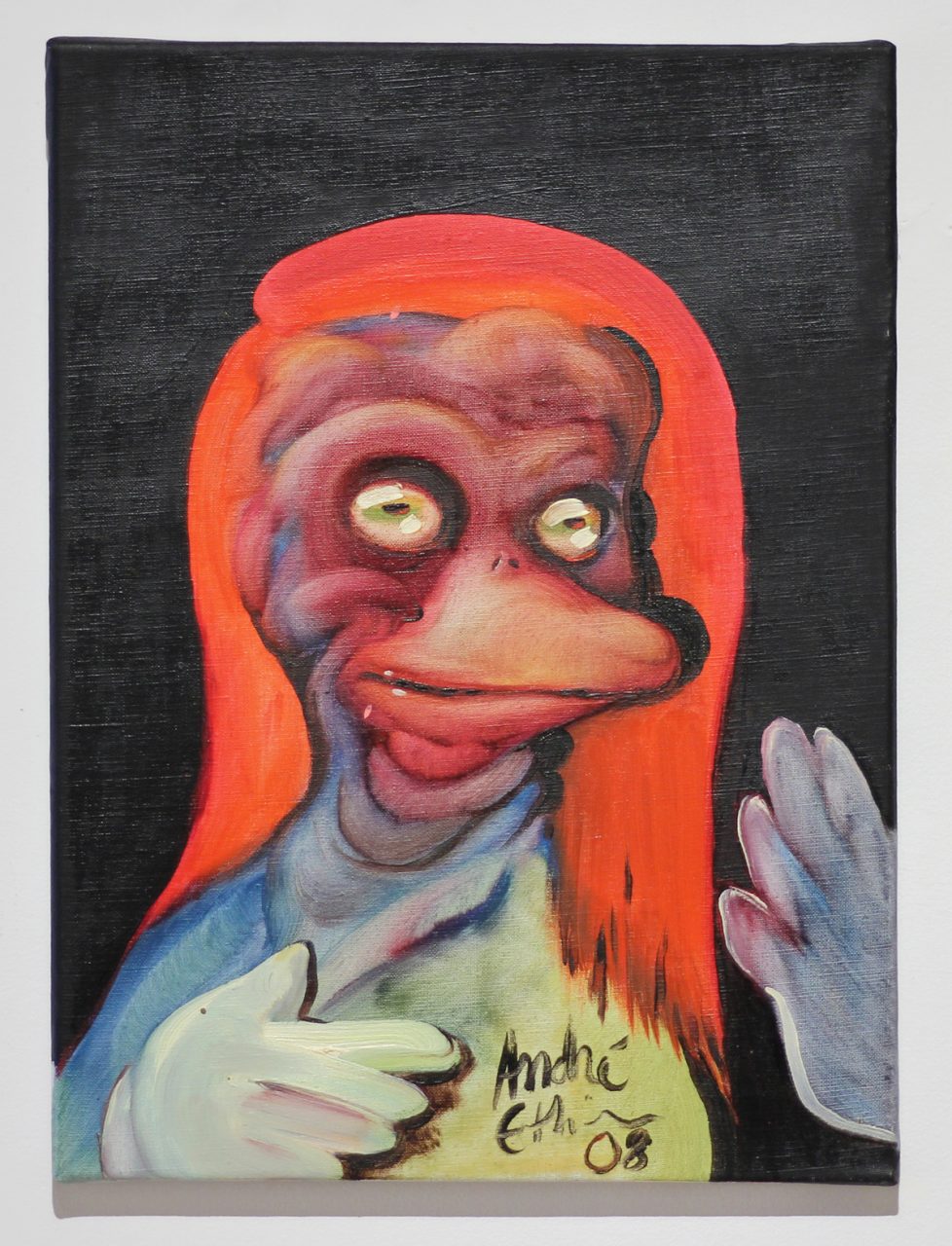 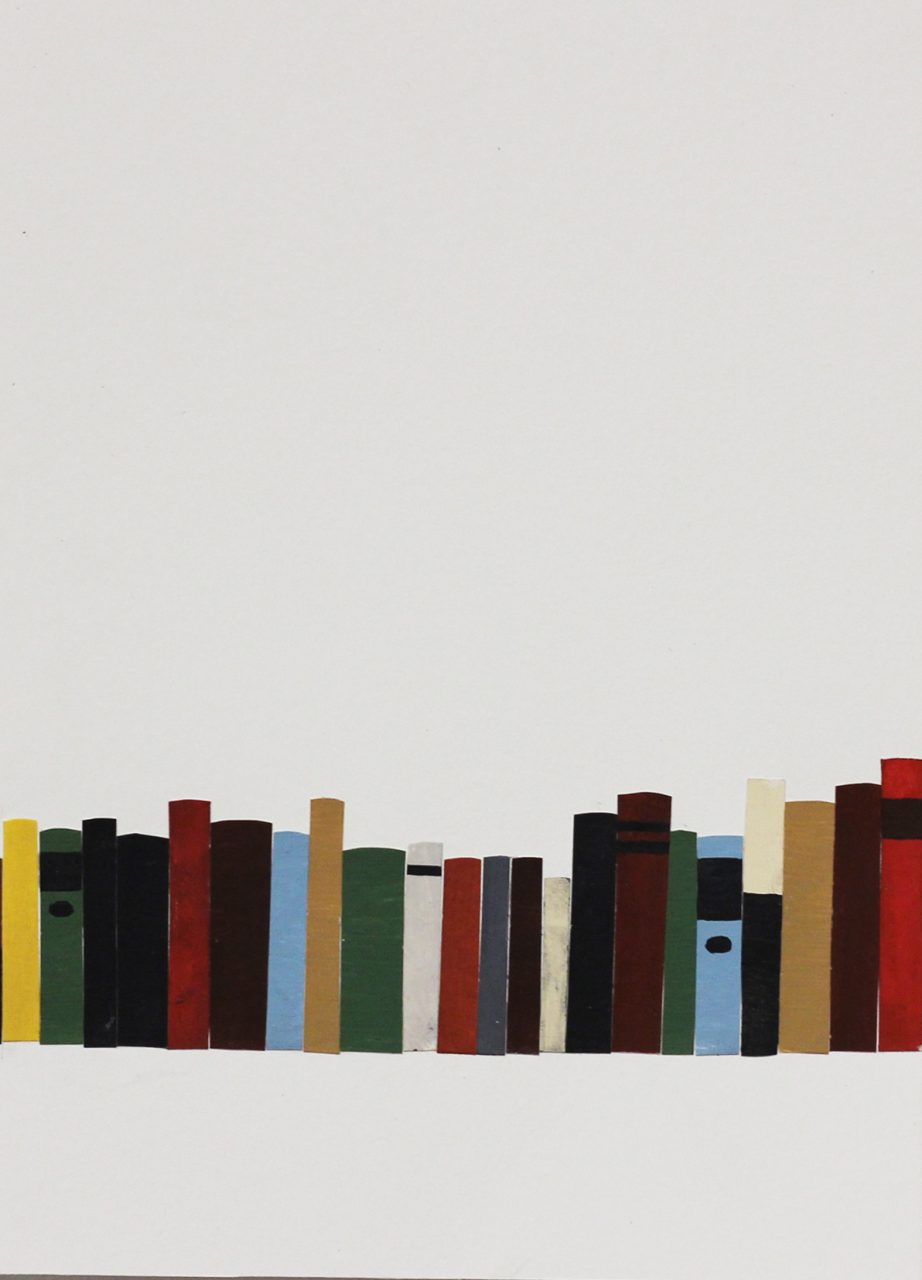 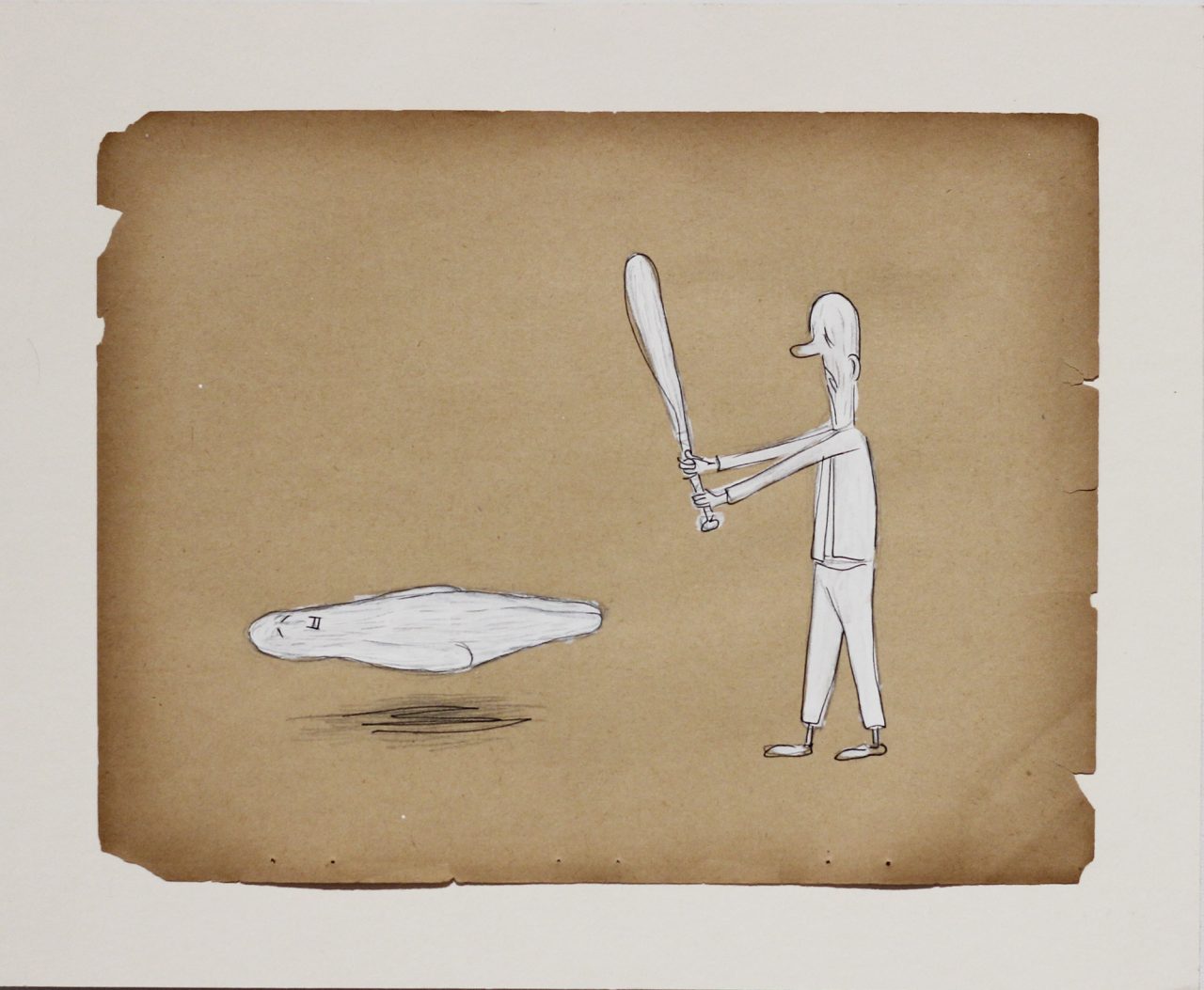 Jason McLean and his wife Heather Copeland have been voracious collectors for the past 26 years.  As a family they have lived in London, Toronto, Vancouver and Brooklyn, accumulating hundreds of artworks by artists who they respect, are influenced by or support.

They have built their collection through artist trades, gifts and purchases.  A strong believer that everyone can “afford” to collect, McLean is excited to share a small selection of artworks with the community and to show some of his most prized possessions by artists who he deeply admires.

We have recorded Jason McLean’s personal reflections on each artist below:

The Royal Art Lodge is known as one of Canada’s most successful artist collectives.  Founded in 1996 in Winnipeg, the Royal Art Lodge included artists Michael Dumontier, Marcel Dzama, Neil Farber, Drue Langlois, Jon Pylypchuk, and Adrian Williams.  The Royal Art Lodge is known for their handmade, folky aesthetic with a date stamp in place of a signature on each artwork.  Jason McLean started corresponding with the group more after he curated a show of Marcel Dzama’s at the Seattle airport.  Both Jason and the Art Lodge have shown at similar galleries over the years including Richard Heller Gallery in LA and Perugi Art Contemporie in Italy.   The Art Lodge’s international success helped elevate and bring attention to Jason’s own collaborations and drawing career.  Over the years Jason became close friends with the group, working together at collage parties, staying at each others houses and mailing each other artworks.  The “monster” work on paper included in the show used to be on McLean’s front door and one windy day it blew down the street.  It survived the incident without any damage.

Michael Dumontier (born 1974) is Winnipeg based artist known for his minimalist paintings and collages.  McLean and Dumontier used to hang out together in the Atelier Gallery in Vancouver.   McLean received the small collage “Untitled (Books)” at a collage party many years ago.  Michael is very interested in books and collecting books, which has influenced this collage.

Andre Ethier (born 1977) is a Canadian rock singer-songwriter from Toronto.  When living in Toronto Jason was a fan of Ethier’s band named “The Deadly Snakes”.  He was also part of a circle of artists that Jason hung out with.  They were young dads at the same time and Jason has memories of their kids playing together.  The painting included in the show was purchased by Jason at a Hunter and Cook sale.  It is typical of Ethier’s work which frequently is figurative, whimsical and dream-like.

McLean first met Adad Hannah (born 1971) at a lithography and etching print class when they were both studying at Emily Carr University in Vancouver.  Throughout many studio visits Jason and Adad became good friends.  When Adad was moving to Montreal for his MFA he gave this print and a few other works to Jason.  Though now known for his photographic, installation and video work, Hannah focused on printmaking and painting at Emily Carr.   “Taunting”, made in 1993, was created during his time studying at Emily Carr.  It foreshadows the character driven, historical dramas set within a stage that he is known for.

Jason McLean has been a fan of Daniel Johnston (1961-2019) for quite a while.  Jason mailed Johnston 5 drawings to trade and was incredibly surprised when he received 5 drawings back along with a letter asking Jason if he was related to the actress Shirley McLean.  Johnston was a talented cult outsider artist and musician known for his pure, quirky, psychedelic, child-like style.  Johnston also had mental health issues which is one of the reasons why Jason adores Johnston’s work so much.  He states that it has been an honour to own Johnston’s work and continues to cherish the other 4 traded drawings.  Daniel’s career was mainly underground for a long time until Kurt Cobain wore a t-shirt designed by Johnston at the 1992 MTV awards.  His life and music were celebrated in the 2005 documentary, “The Devil and Daniel Johnston”.

Jason started following Jeff Ladoucer’s (born 1976) work at the New York ZieherSmith Gallery and got to know Ladoucer better when they were both living in BC.  Jeff would stay with the McLean’s in Vancouver quite a bit and gave them artwork as gifts.  At the time both artists were working in a similar “West Coast Cartoon” drawing style.  Jeff Ladoucer is a self-taught artist known for his ink and graphite drawings.  As one of the leading drawing artists in Canada, he has a cult-like following for his meticulous draftsmanship and his distinctive mix of melancholy and humour.  Jason is particularly impressed with Ladoucer’s use of his micron pens.  Ladoucer saves them as they wear out and uses the different textures for variety in his artworks.

Jason has owned the Evan Lee drawing included in the exhibition for more than 15 years, through a two drawing trade.  Jason met Evan when Evan was working for Jeff Wall in Vancouver.  The McLean’s lived beside Wall’s studio and they would talk over the backyard fence and at art openings.  Evan Lee is a Vancouver based artist and photographer.  In 2007 he created a series of drawings called “Old Women” depicting elderly Chinese women walking in the streets and parks of Vancouver.  Our beautiful, refined drawing is a tender portrait of an elderly woman and part of this series.  It focused on the individual personalities, gestural idiosyncrasies, dress and accoutrement of each the elderly women in his community.

Attila Richard Lukacs (born 1962) is an internationally recognized artist who became famous in the 1980s for his large scale canvases of skinheads.  Jason got to know Attila when he was working as an archivist at the Diane Farris Gallery in Vancouver.  Jason and his kids would hang out in Attila’s Vancouver studio which was down the street.  The “S.H.A.R.P.” wooden nesting dolls are hard for Jason to part with as they are one of his favourites in his collection.  Made in Berlin & Moscow, the 6-part sculpture is a prototype for a later edition made using the same materials.

Alex Morrison (born 1972) is a Vancouver artist who investigates built environments and architecture.  The two artists originally met when Alex was living with the artist Mark Bell in Halifax.  Jason received our drawing from Morrison as a gift over 25 years ago.  It was originally included in “Nog a Dod”, an exhibition that featured the vibrant scene of Vancouver-based artists who draw.  This drawing is from a series where Morrison draws from memory places that he has lived, including everything from apartments to garages.  Thirty other drawings from the same series are in the collection of the Vancouver Art Gallery.

Raymond Pettibon (born 1957) is a New York based American artist who came to prominence in the early 1980s in the southern California punk rock scene.  He is well known for his stylized ink drawings that combine image and text.  In 2003 Jason was included in a group show at the Vancouver Art Gallery called “Drawing the World (for the record)”.   Jason’s drawing was shown in between works by Barry McGee and Raymond Pettibon.  Meeting both artists at the VAG was completely overwhelming for Jason and the exhibition remains one of the biggest honours of his life.  Raymond and Jason traded drawings during that exhibition.