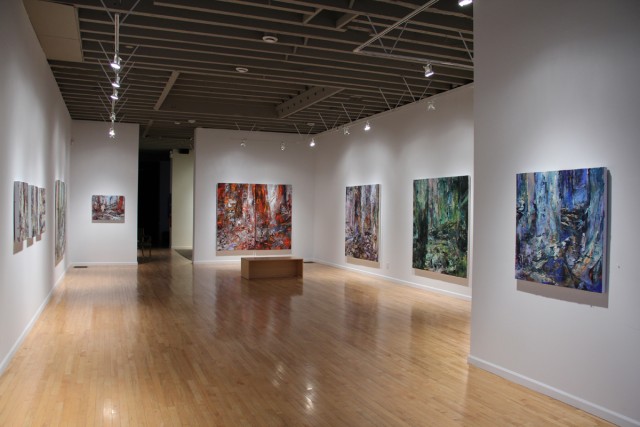 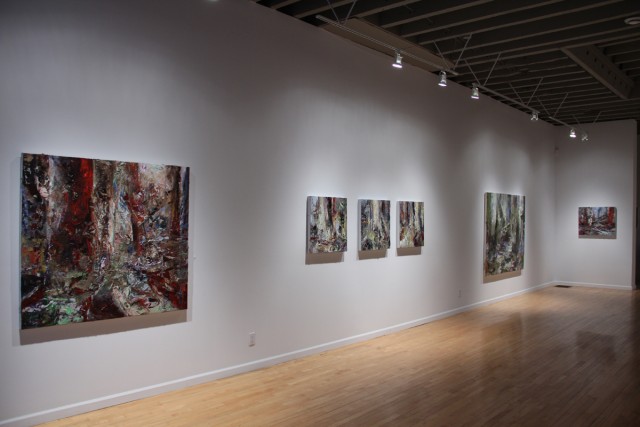 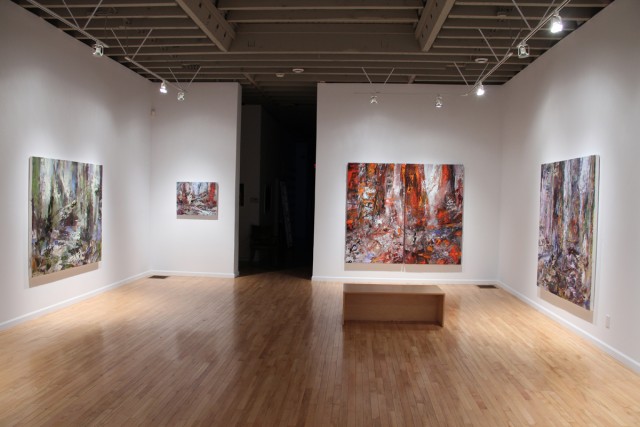 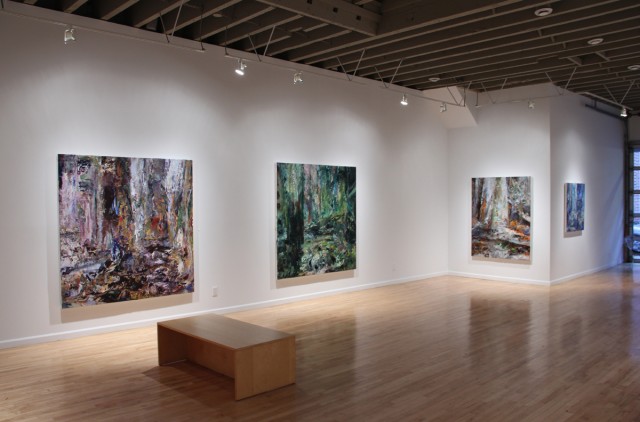 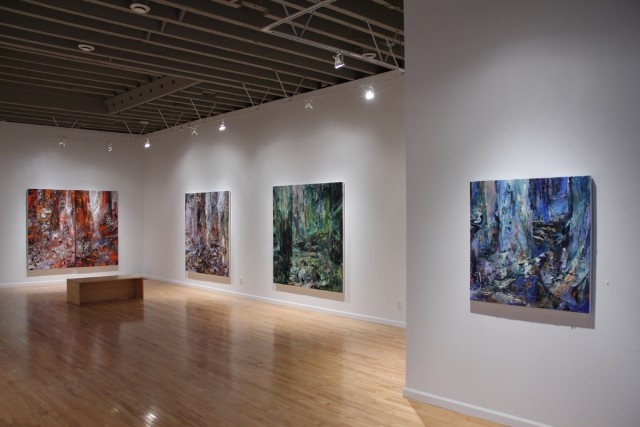 Michael Smith’s landscape paintings investigate the relationship between image and abstraction, as well as memory and performance. Smith believes that landscape painting is not a reflection of nature but rather a stage in which to enact the imagination. In this new suite of paintings, Smith’s imaginative stage becomes an immersive experience of ancient forest floors, private watering holes and reflective light. Painted from a low perspective, we are invited to walk into each painting and are allowed to get lost inside the lush forest landscape that Michael Smith has created.

Born in Derby, England in 1951, Michael Smith has lived in Montréal since 1978. He received a BFA at Falmouth College of Art in England and completed a MFA from Concordia University, Montréal in 1983. Since 1981 his paintings have been exhibited across Canada and internationally including the Saidye Bronfman Centre, Montréal, the Appleton Museum, Ocala, Florida, Galerie Damasquine, Brussels and The Kaohsiung Museum of Fine Arts, Taiwan.