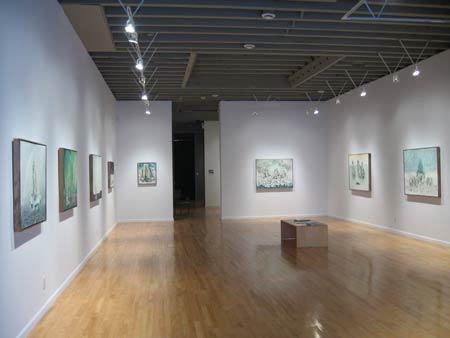 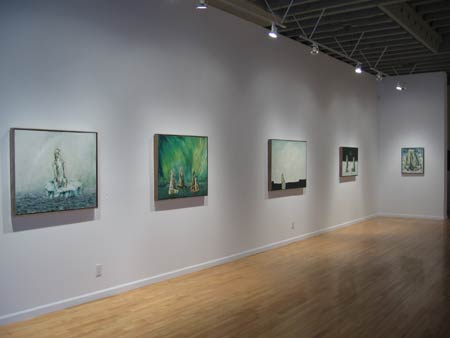 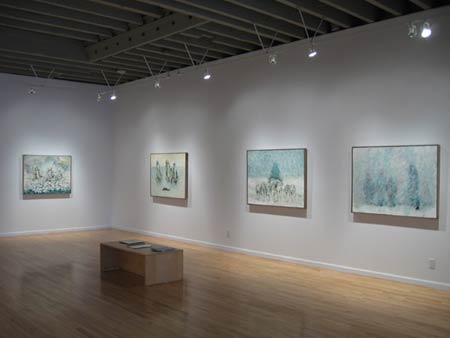 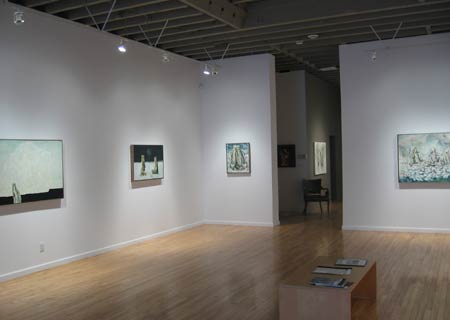 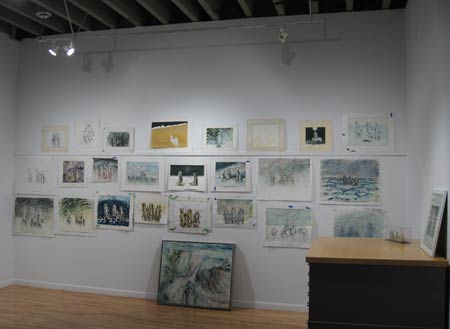 Polar Rhythms was based on four small caribou bone figures that Roly purchased from an Inuit artist while on an Arctic trip in 1992.

For Fenwick, the figures represent “the spiritual evidence of the remote silent presence of a land reduced to essentials, and the simplicity, intimacy and directness of the people.”

Fenwick has situated these figures, which were made to be children’s toys, in the Arctic landscape in different settings: fishing, sealing, singing, hunting, and kayaking. The paintings are original, fresh and very bold.

Roly Fenwick was born in 1932 in Owen Sound, ON. A Professor Emeritus, Fenwick taught visual art at the University of Western Ontario from 1968-1989. He is well known for his lush oil paintings and loose watercolours.