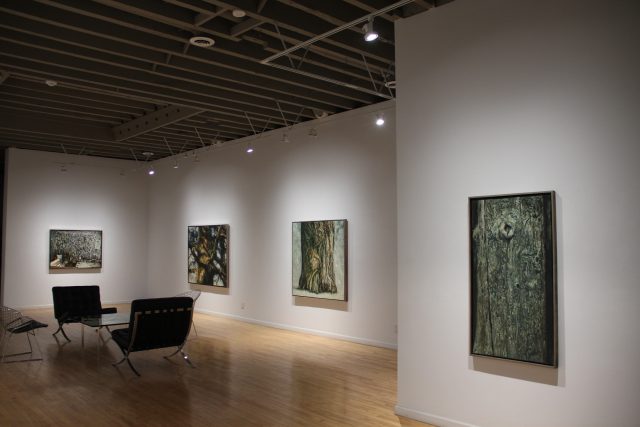 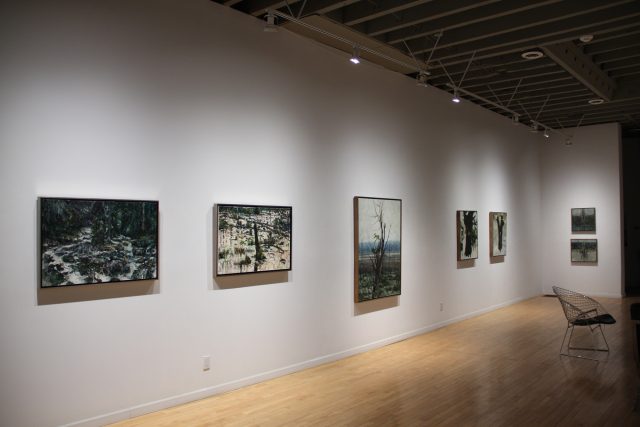 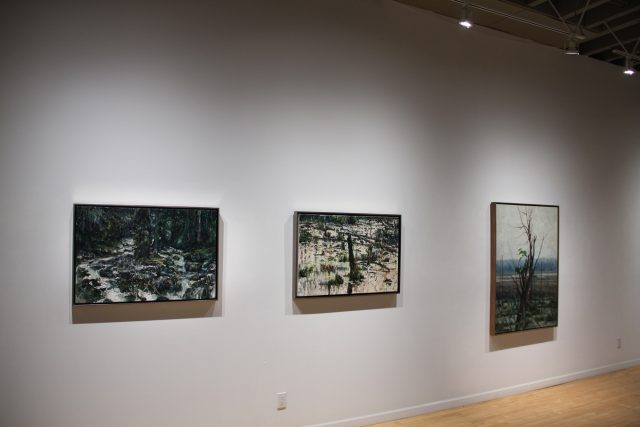 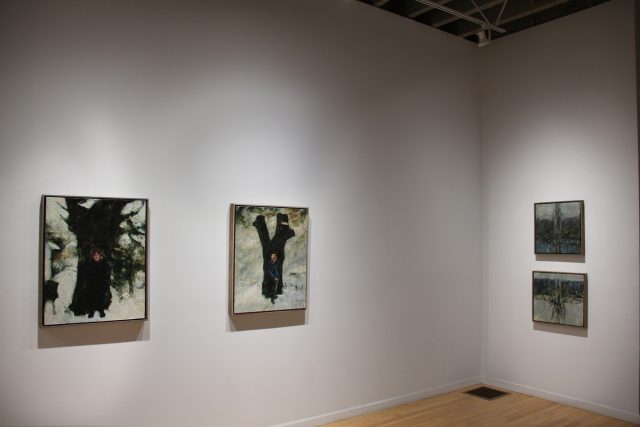 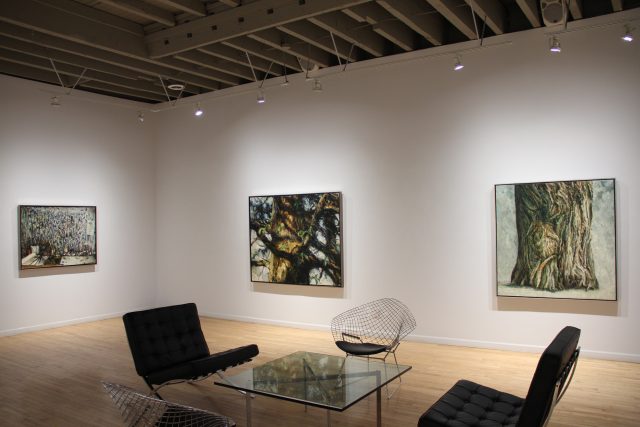 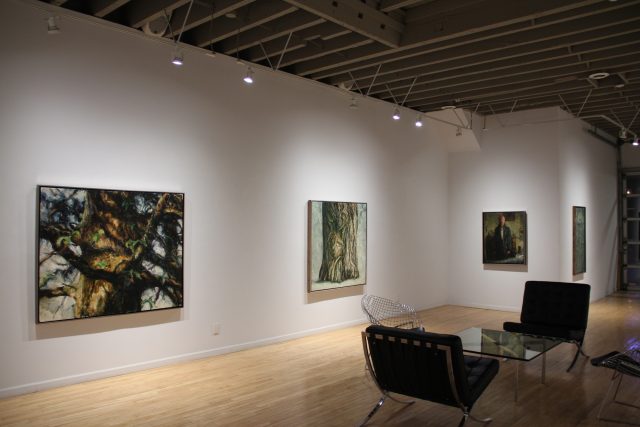 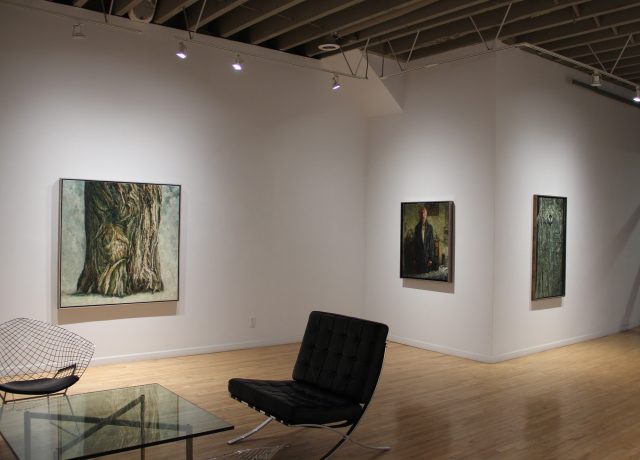 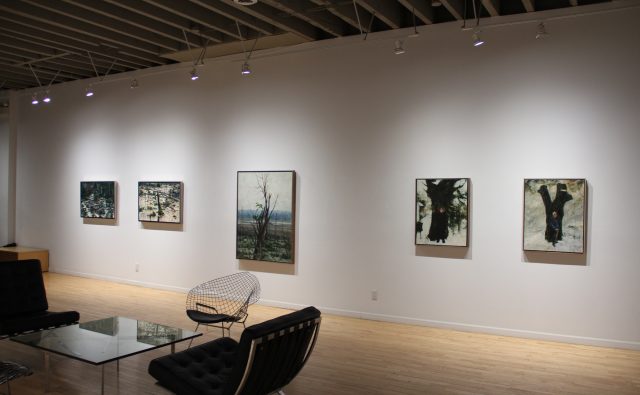 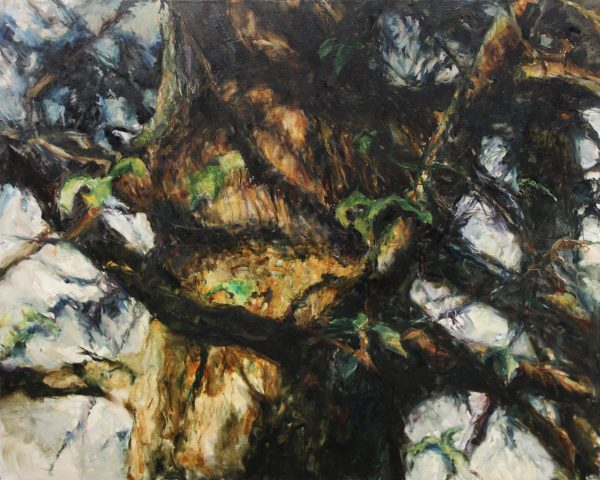 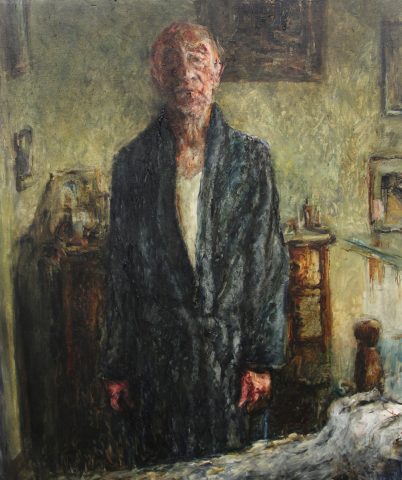 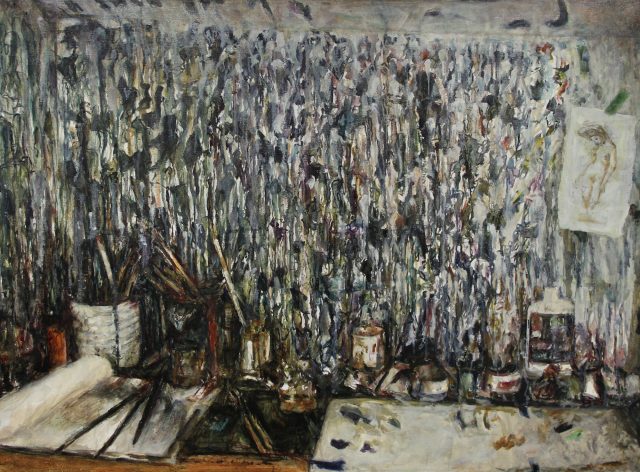 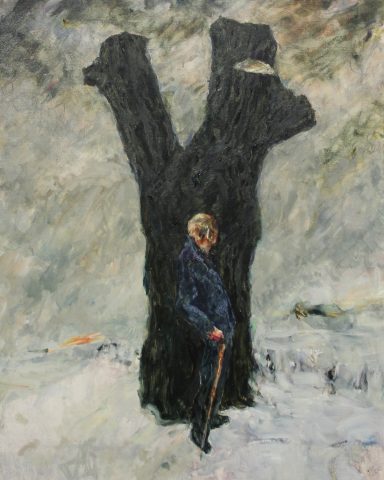 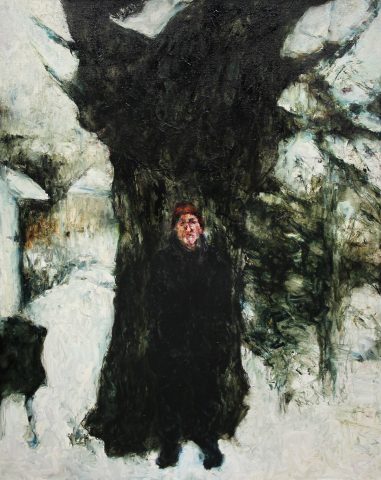 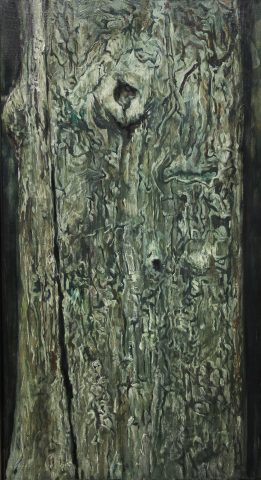 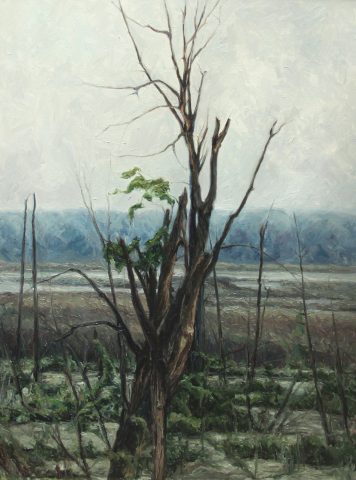 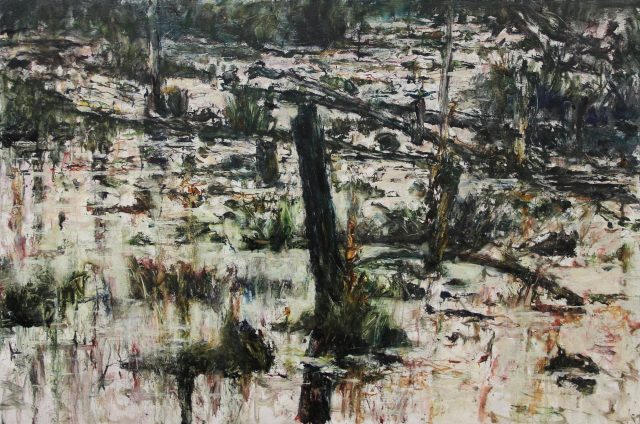 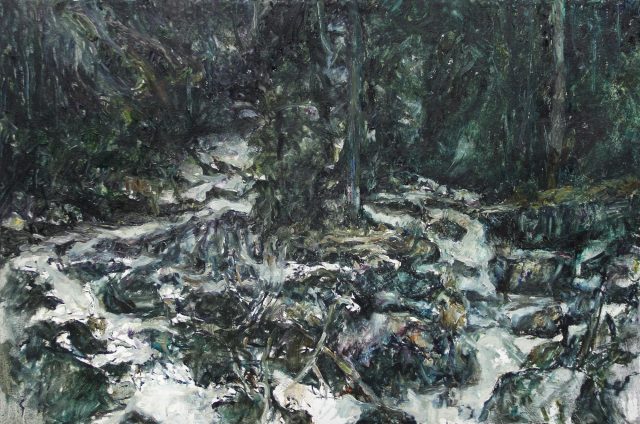 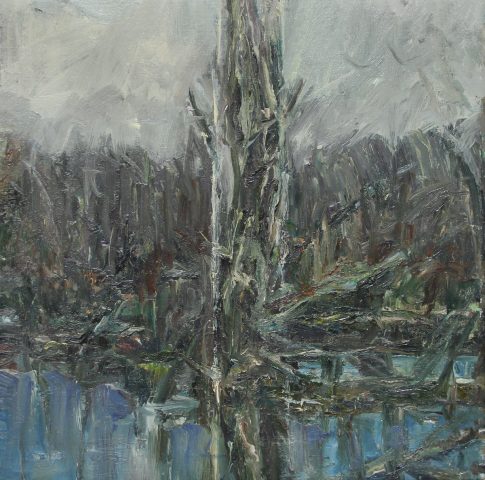 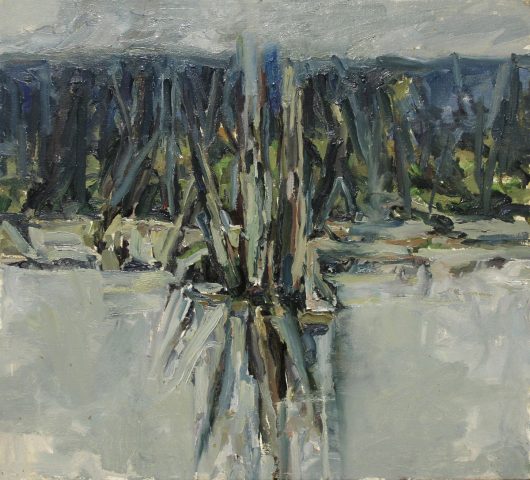 For Roly Fenwick’s 11th solo exhibition at the gallery, we are celebrating three aspects of Fenwick’s beloved Bruce Peninsula landscape.  The exhibition is a true reflection of place: entangled swamps, monumental trees and reflective self portraits.

“Vernacular Revisited” combines new paintings with select works from Fenwick’s past.  As he states, the Georgian Bay landscape has a presence that he longs for when not there.  We see the same swamps and trees revisited time and again by Fenwick, some twenty years apart.  The paintings are lush reflections of a lifetime spent looking, exploring and immersing oneself in a familiar landscape.

Also included in the exhibition are a series of portraits.  The old maple tree in front of Fenwick’s Big Bay cabin was a sacred tree for him, one that he thought would out-live him.  In 2012 upon learning that the municipality planned to cut down the tree, Fenwick painted a portrait of himself standing in front of the tree.  In 2017 he painted himself in front of the tree once again, now truncated and barren in a snowy landscape.

The painting “Palette” and his most recent self-portrait “Reflection” are purposely juxtaposed in the gallery.  “Palette” is a portrait of his studio painter’s palette complete with his collection of brushes, paint thinners, newspaper clipping and thousands of dabs of paint on the back wall.  From this “place,” the paintings are created, including the meditative self-portrait “Reflection”.  “Reflection” is both literally a mirror image of Fenwick in his bedroom mirror as well as a manifestation of Fenwick as an 86 year old artist.

“A northern sensibility; shaped & formed by Georgian Bay, I long for it when not there.  It has a singular sort of presence for me, an urgency in the air.  Imagination arises from longing: “Where you are is where you are not”. Roly Fenwick

Roly Fenwick was born in 1932 in Owen Sound, ON. After studying art under Alex Colville at Mount Allison University in Sackville, NB, Fenwick moved to Toronto where he was the Art Director for Simpson’s/Sears. In 1968 Tony Urquhart was seeking professors for the University of Western Ontario’s visual arts department and hired Fenwick to be a painting & drawing professor. Fenwick remained at UWO until he retired in 1989, teaching countless students along with Paterson Ewen and Duncan de Kergommeaux. Since retiring, Fenwick has maintained a steady studio practice in London, ON and at his cottage in Big Bay, ON.

Roly Fenwick is well known for his lush oil paintings that are inspired by the landscape of the Bruce Peninsula, which Fenwick refers to as his “ancestral bloodroots”.  Fenwick explains that his “interest is not in scenery but in probing to reveal the forces beneath the veneer”.  His paintings thoroughly reflect this interest in revealing the sources of nature and inner spirit of the Canadian landscape.