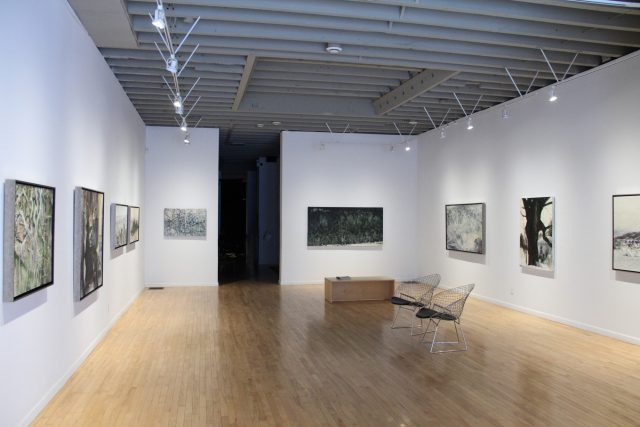 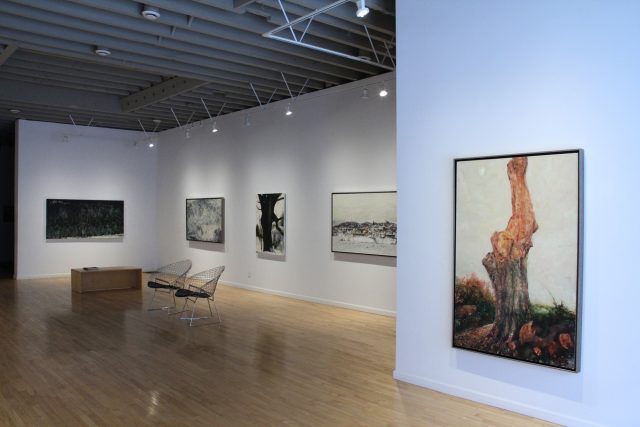 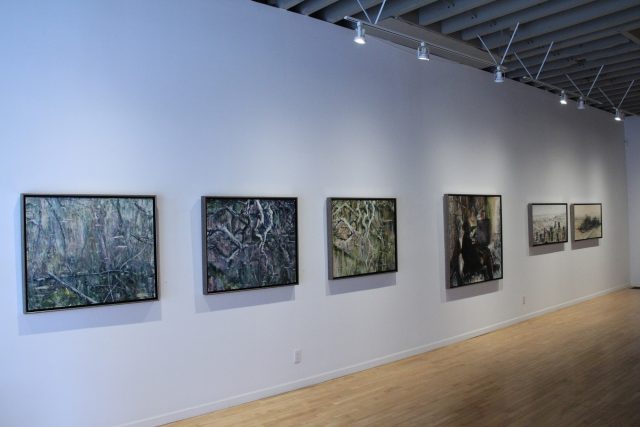 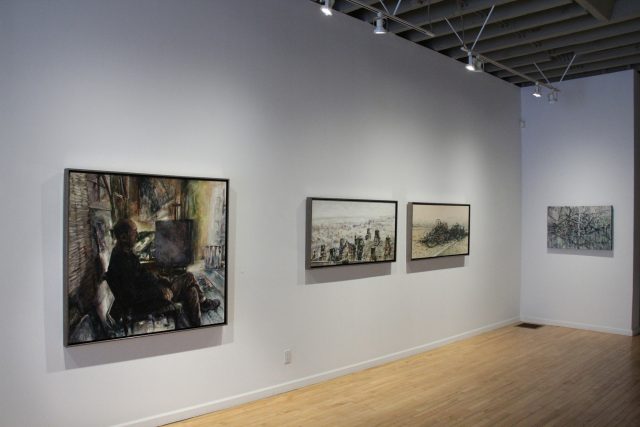 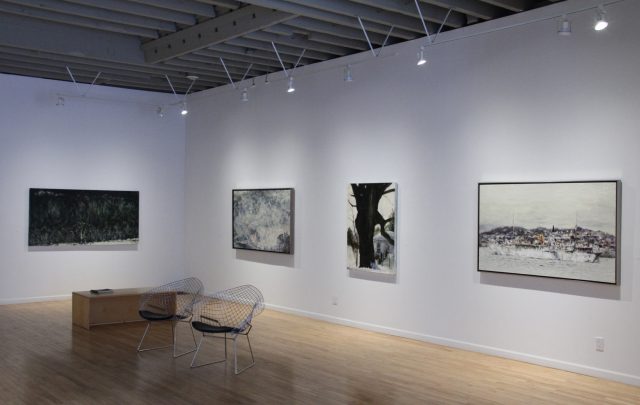 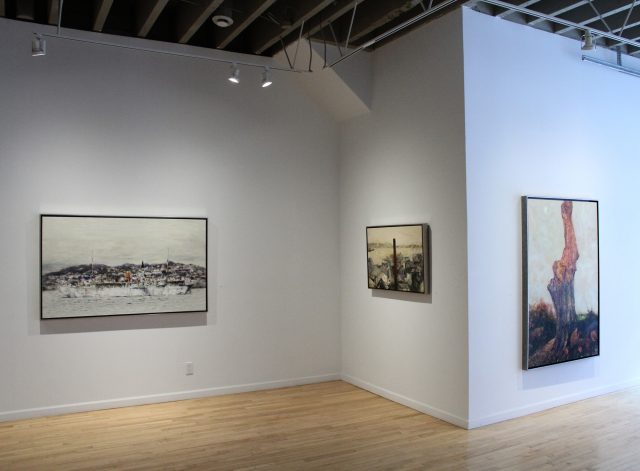 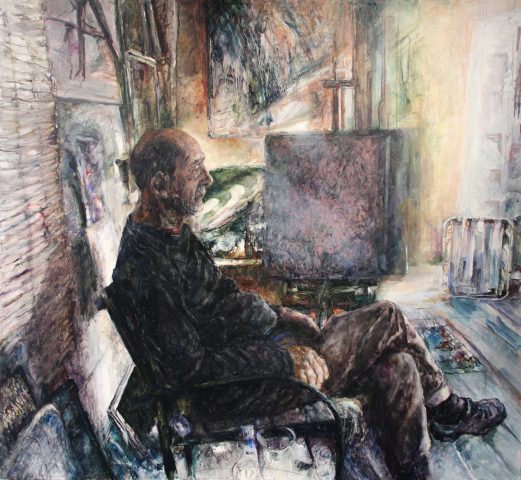 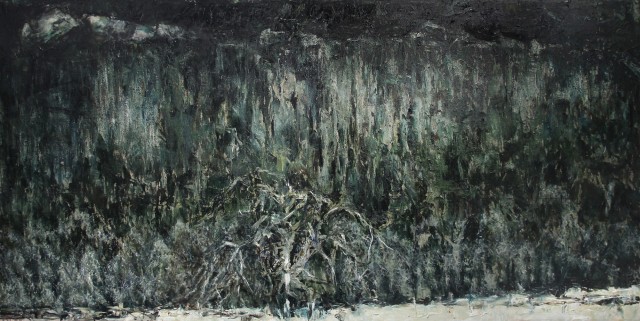 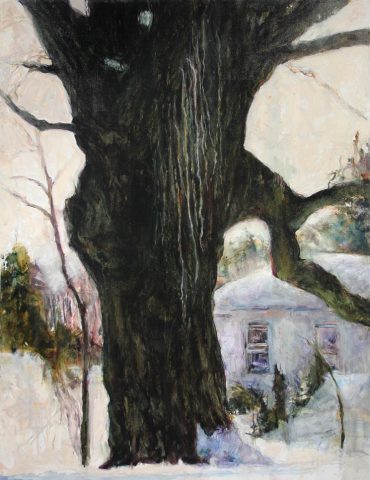 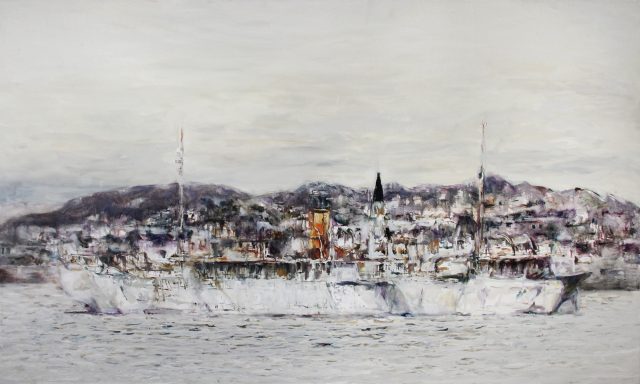 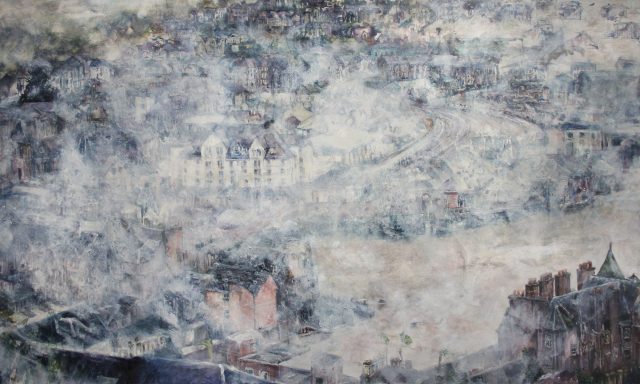 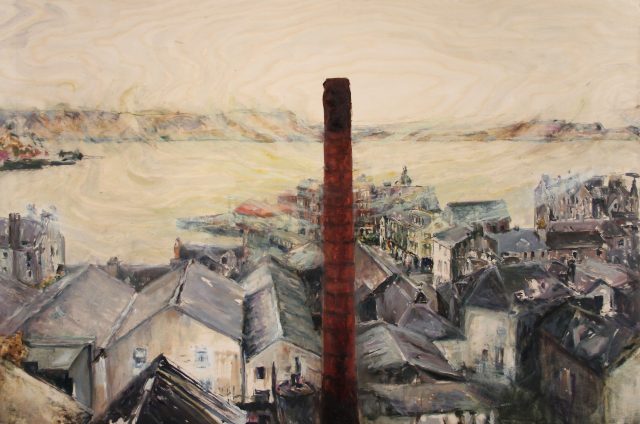 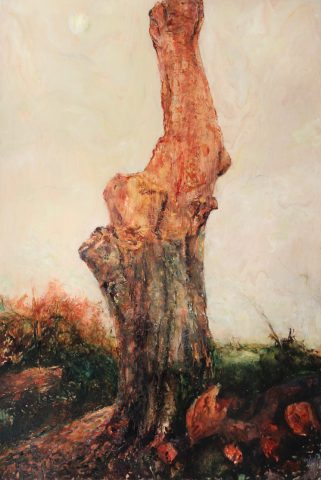 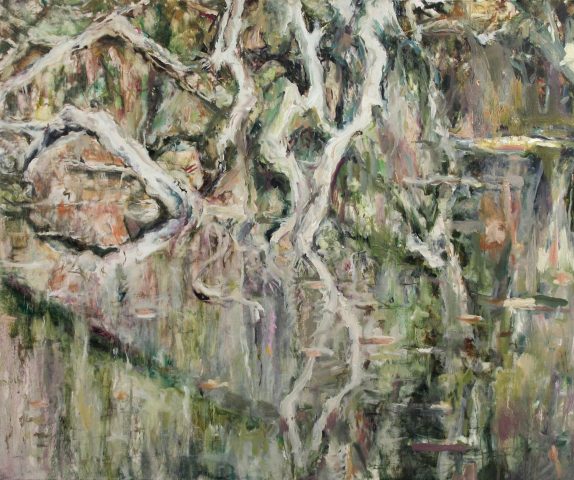 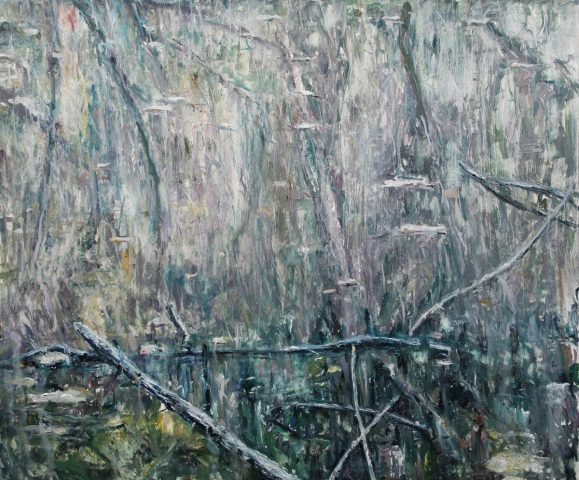 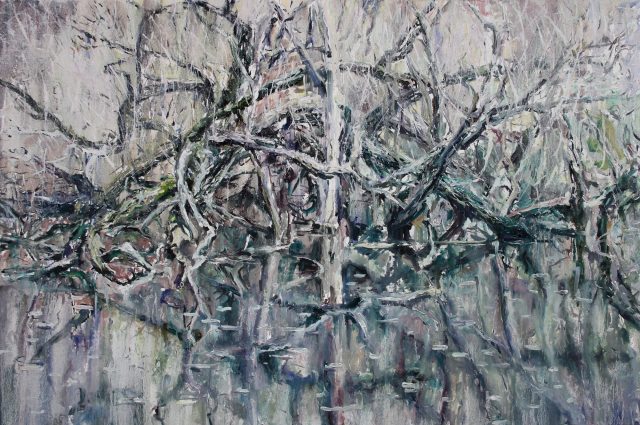 Roly Fenwick’s exhibition “The Cumulative Effect” features new paintings inspired by the landscape of the Bruce Peninsula, Newfoundland and Scotland. Regardless of the “place” that he paints, each location compels wonder and memories for Fenwick.

His self portrait – “The Second Self” – is a seminal painting.  Fenwick depicts himself as a senior Canadian painter sitting on the back porch of his Big Bay cottage looking for his muse.  Melancholy and pensive, the emotional atmosphere that he has painted is deeply personal.

“Cumulative locations have been recent centers of attention; places that may compel wonder, torment or disturbed moments of memories. A tyranny of places that though you think you have left them, you still inhabit them. This is a transmission of responses to these regions.”  Roly Fenwick April 2016

Roly Fenwick was born in 1932 in Owen Sound, ON.  After studying art under Alex Colville at Mount Allison University in Sackville, NB, Fenwick moved to Toronto where he was the Art Director for Simpson’s/Sears.  In 1968 Tony Urquhart was seeking professors for the University of Western Ontario’s visual arts department and hired Fenwick to be a painting & drawing professor.  Fenwick remained at UWO until he retired in 1989, teaching countless students along with Paterson Ewen and Duncan de Kergommeaux.  Since retiring, Fenwick has maintained a steady studio practice in London, ON and at his cottage in Big Bay, ON.

Fenwick is well known for his lush oil paintings that are inspired by the landscape of the Bruce Peninsula, which Fenwick refers to as his “ancestral bloodroots”.  Fenwick explains that his “interest is not in scenery but in probing to reveal the forces beneath the veneer”.   His paintings thoroughly reflect this interest in revealing the sources of nature and inner spirit of the Canadian landscape.