Ron Martin “Back to Painting” 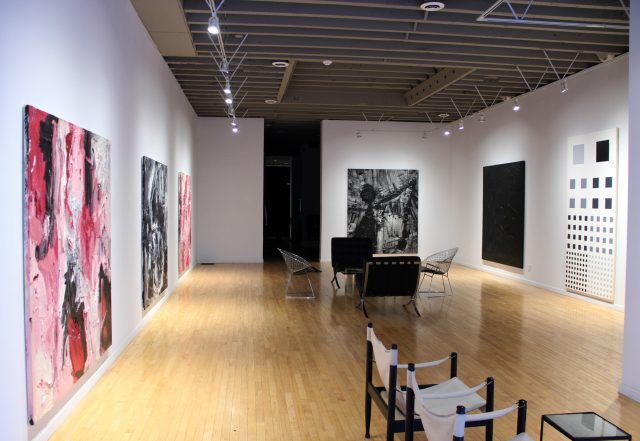 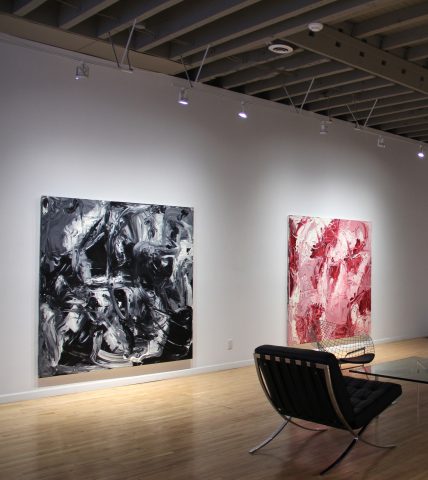 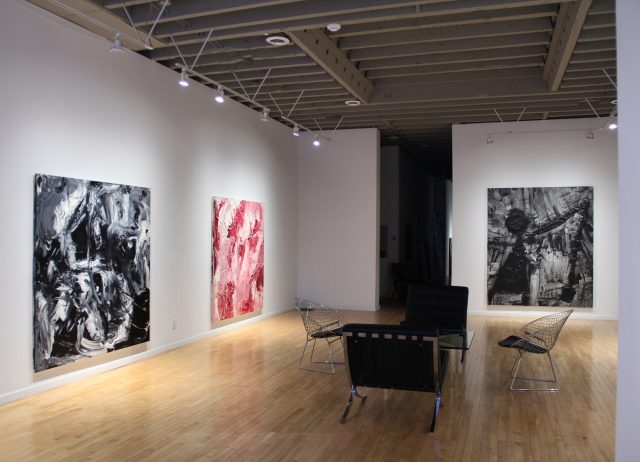 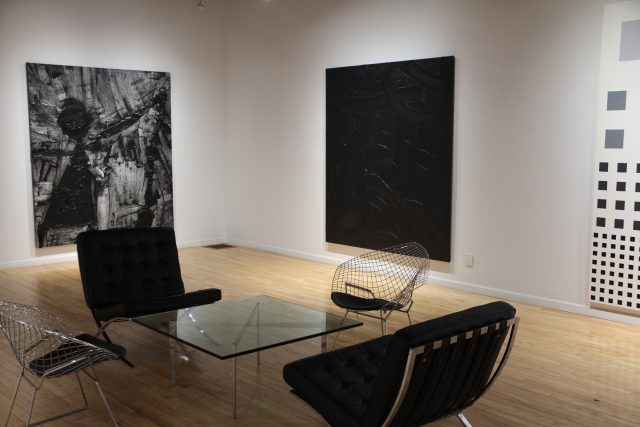 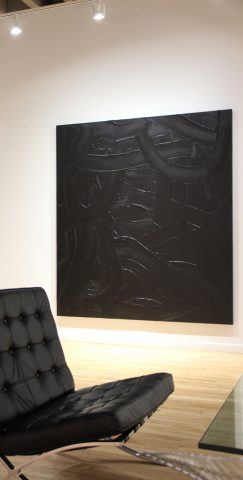 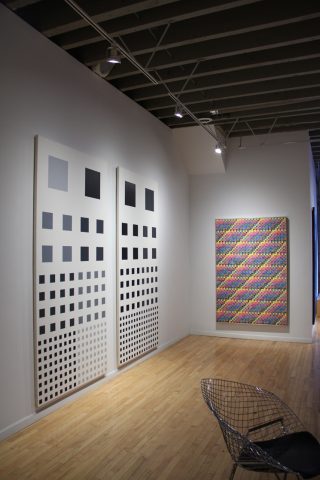 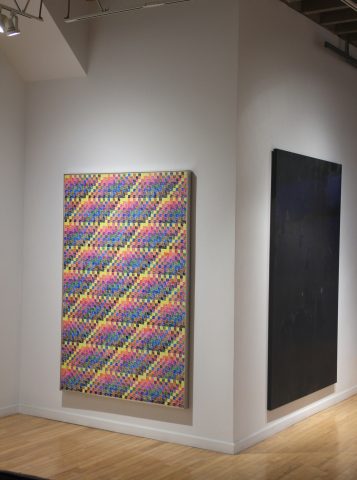 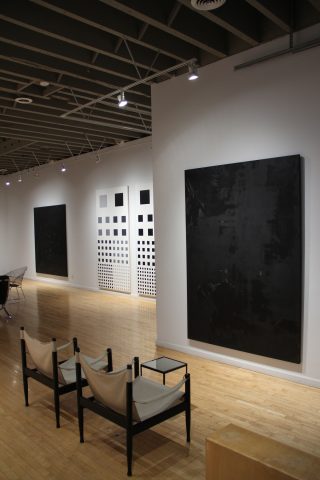 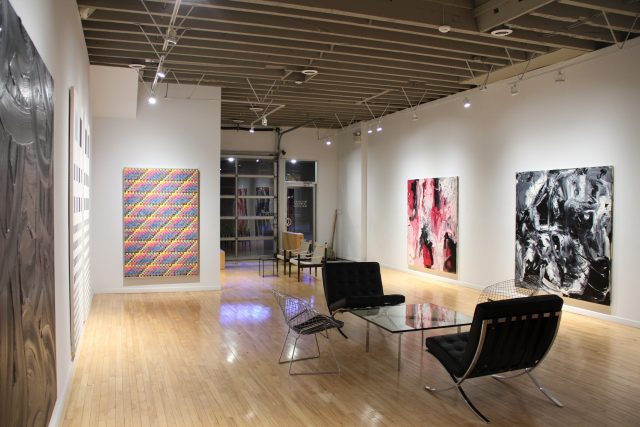 Click HERE to read Online Catalogue for “Back to Painting”

One of Martin’s first series of paintings were his World Paintings, nineteen paintings, painted all a standard size.

According to Roald Nasgard’s book Abstract Painting in Canada, the World Paintings are “divided into a grid of 1-inch squares, each of which contains the basic visual unit out of which the paintings are built. Each basic unit consists of three strokes of colour in an N formation, applied upright or on its side, implying four positions in a 360-degree rotation. The strokes may be one, two or three colours selected from eight colours (the basic colours of the spectrum plus brown and black), always used in some regular sequence in each painting.

The eye finds itself roving across the surface from unit to unit, watching the play of colour with colour, of value with value, colour with structure, here reinforcing a set of relationships, there destroying it. To approach a painting or to move back from it, to move left to right, results in new perceptions of its appearance.”

The World Paintings were exhibited in 1971 at the Carmen Lamanna Gallery and at the Art Gallery of Ontario in 1976 (catalogue).

Nasgaard states “many are characterized by broad, sweeping gestures, first of the brush, later of the fingers and the hand, moving the paint across the surface of the canvas to cover it. Others are less gestural and more anonymously made. More than ever paint revelled in its identity. It was thick and gooey. The paint flowered and covered, yielded to or resisted and sometimes overruled the artist’s hand or the tool used to spread it. It glistened or pulled darkly in on itself.”

In 1978, Ron Martin represented Canada at the Venice Biennale, curated by Pierre Theberge. Eleven Black Paintings were exhibited from June-October, 1978 (catalogue). They were also featured in his Art Gallery of Ontario exhibition “Ron Martin 1971-1981” which travelled from the AGO to the VAG and NGC in 1989 (catalogue).

In the early 1980s Martin returned to geometric painting. His Geometric Paintings were devoted to the phenomena of colour mass.

The “2-8-32-128 Series” references the sequence of the hard-edged squares. Each painting has a subheading describing the specific colours that he applied to each canvas (Example: Mars Black & Four Tints of Grey). The paintings exemplify Martin’s interest in the physical application of paint and the careful selection of colour that is being applied. The paintings are consistent with Martin’s oeuvre of work and are important in his artistic development as an analytic process painter.

The Geometric Paintings were exhibited at the Mackenzie Art Gallery in 1991 (catalogue).

Martin returns to painting gestural works in 1986. Nasgaard: “Martin’s heaviest and most densely encrusted works are the Material Based paintings of the late 1980s, with one series in black, white and greys, and another in the colours made from the forty-three hues of Stevenson acrylic paints.

Some 36 to 43 litres of black and white acrylic were used for each of the first group, and 43 litres of colour for the second.

The scale is large, human-reach size, on the whole.

Ron Martin “Back to Painting”