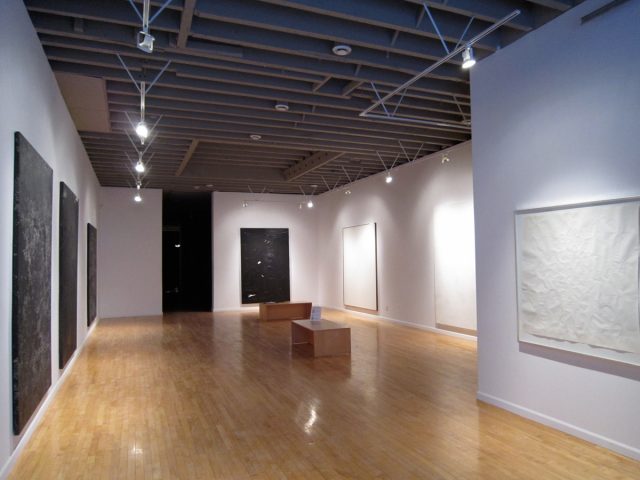 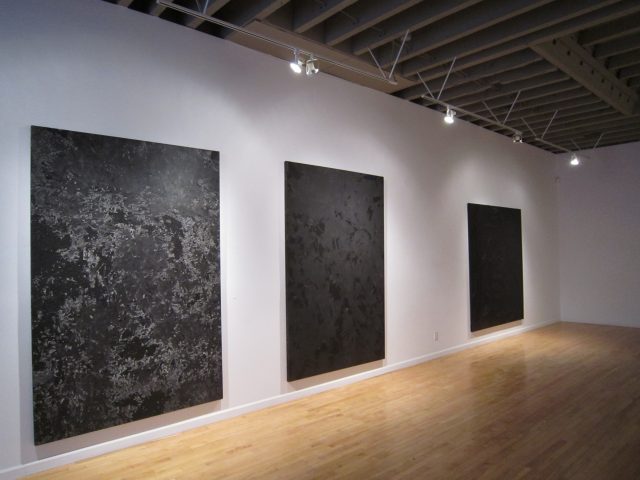 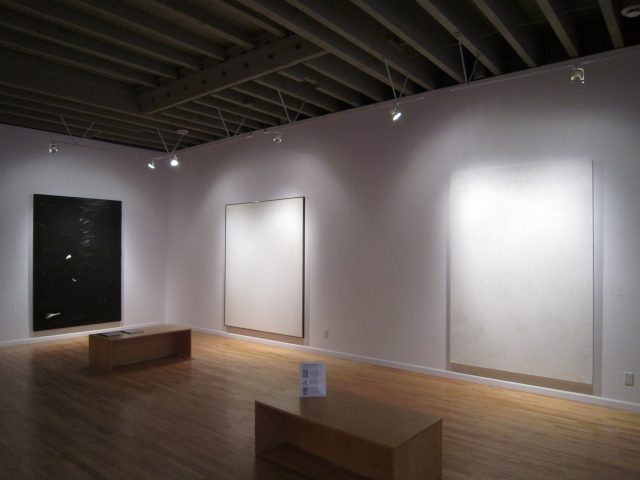 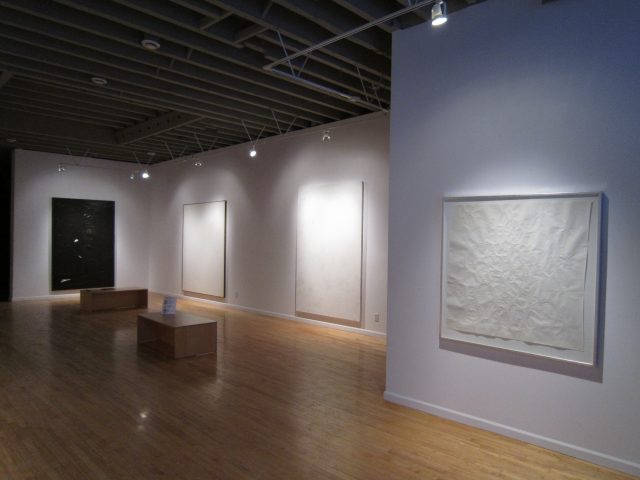 The Black and White paintings exhibited range in date from 1971 – 1980 and represent Ron Martin’s fascination with the process of painting. Roald Nasgaard states in his book Abstract Painting in Canada that Ron Martin “subjected himself to a rigid set of limitations: a canvas of standard size, a predetermined amount of paint, one colour, no interruptions in the execution, a relatively fixed time of execution and repetition through a series. The objective, to echo an ideal of Minimal art, was to reduce what there was to see to no more than what you could see.” He continues, “From 1974 onward, the paintings are black. Many are characterized by broad, sweeping gestures, first of the brush, later of the fingers and the hand, moving the paint across the surface of the canvas to cover it. Others are less gestural and more anonymously made.”