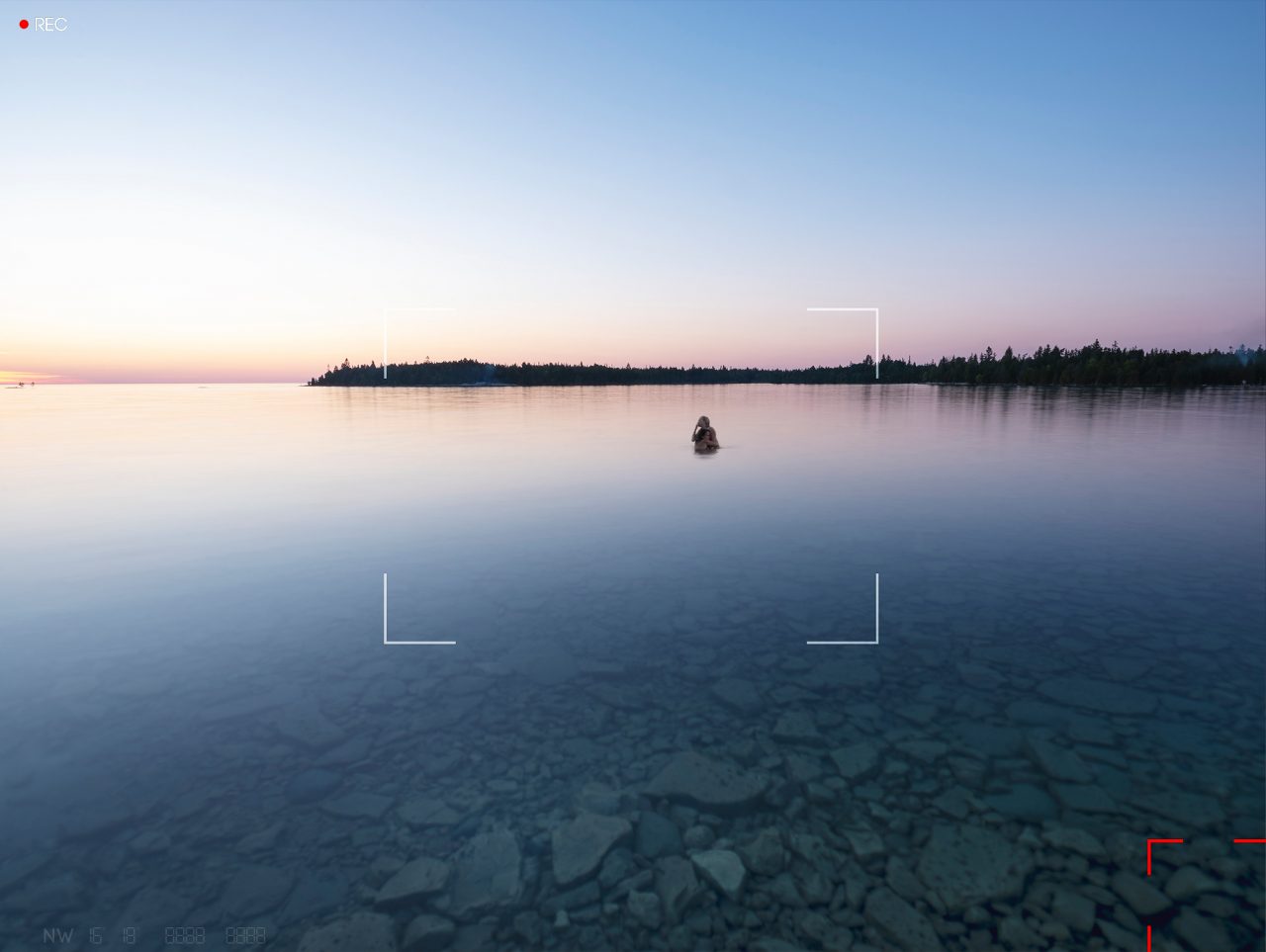 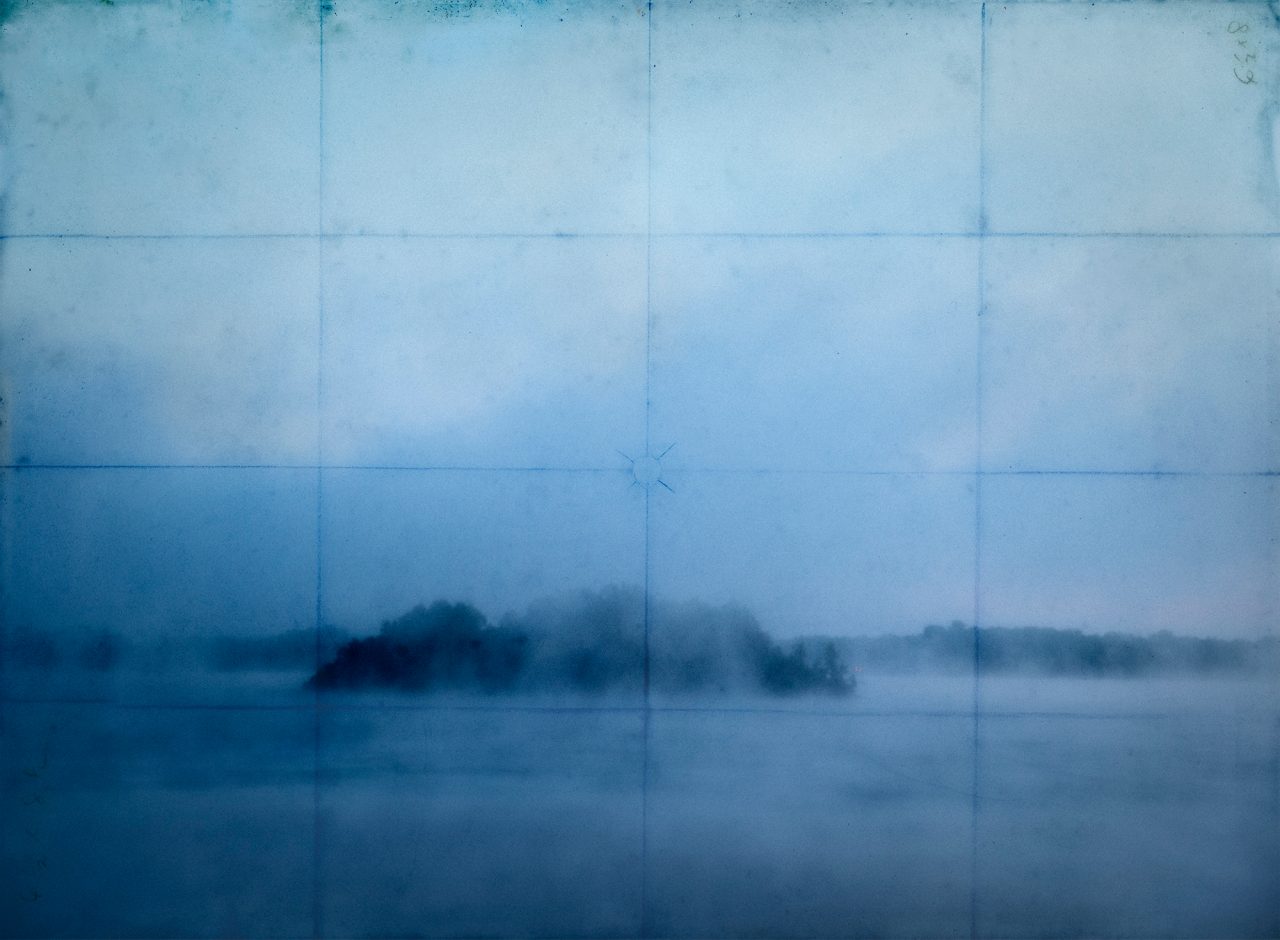 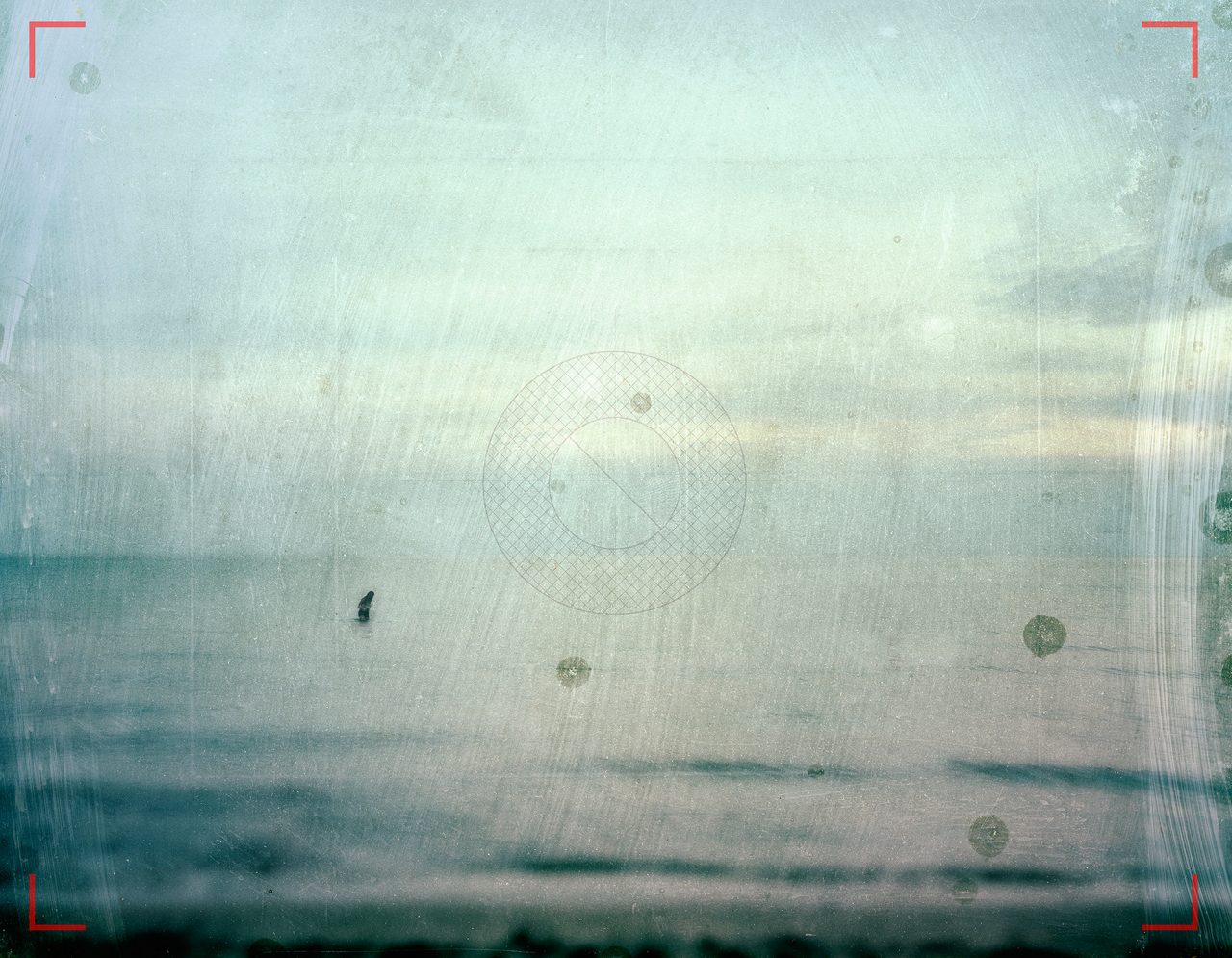 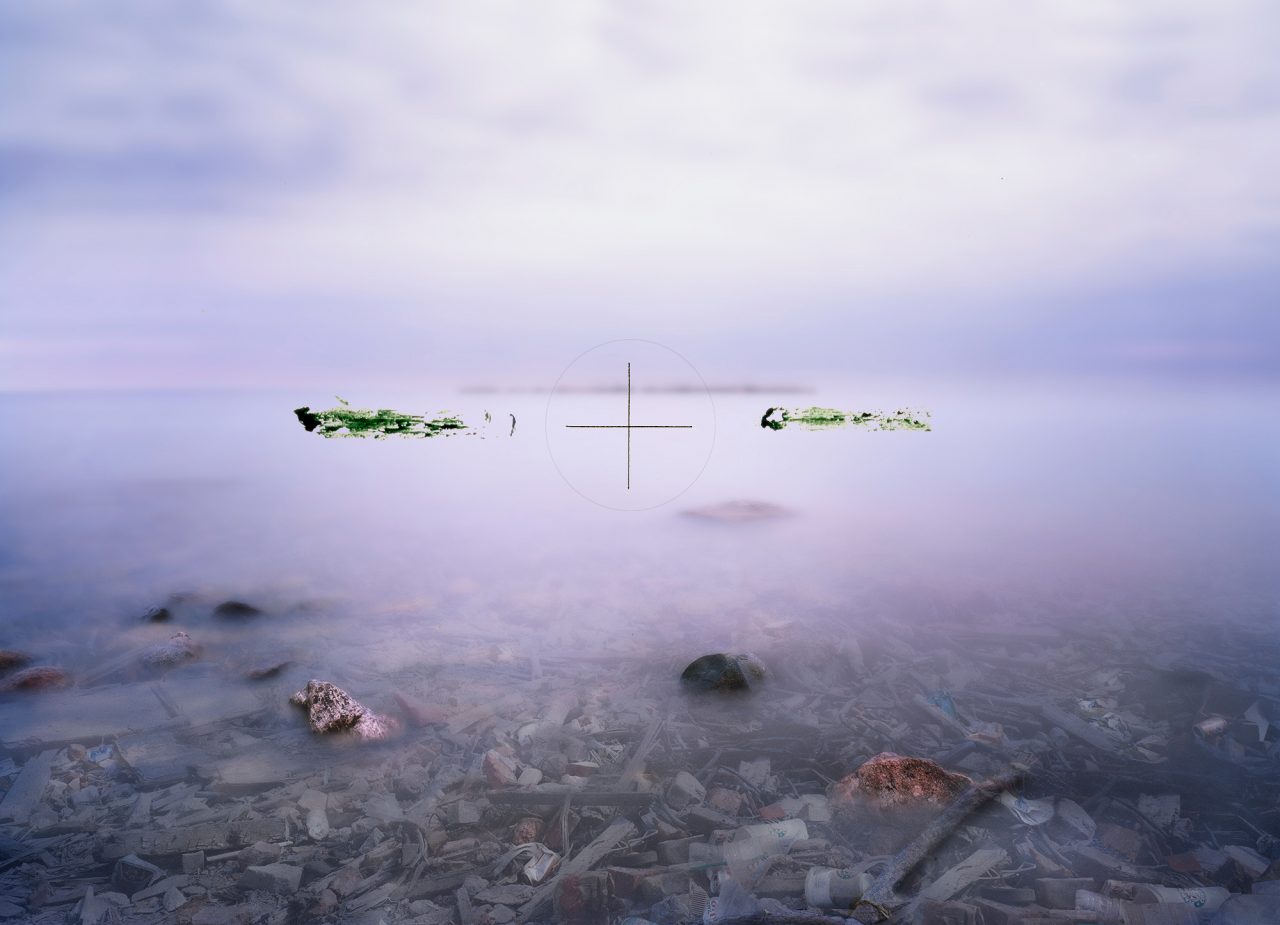 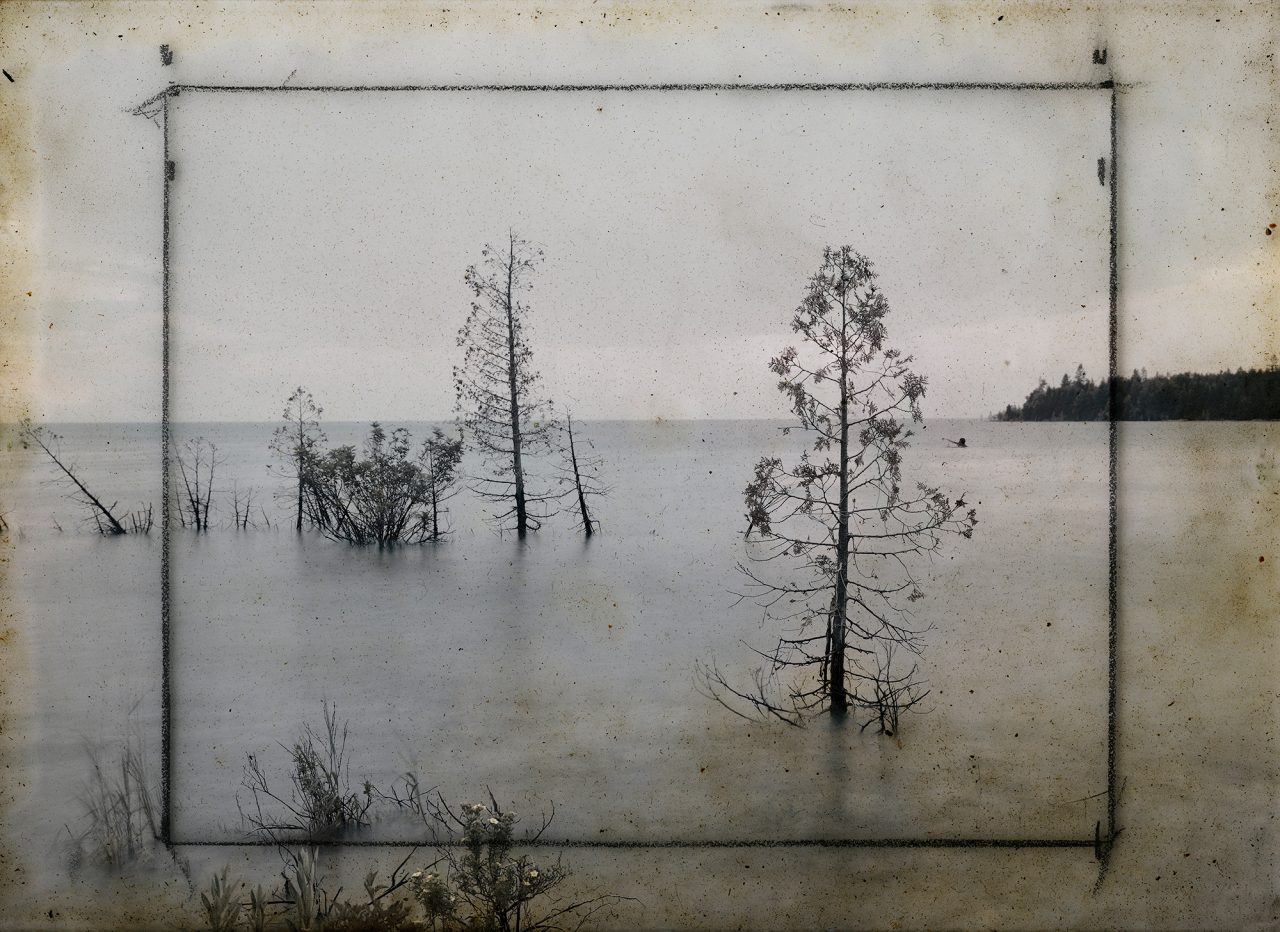 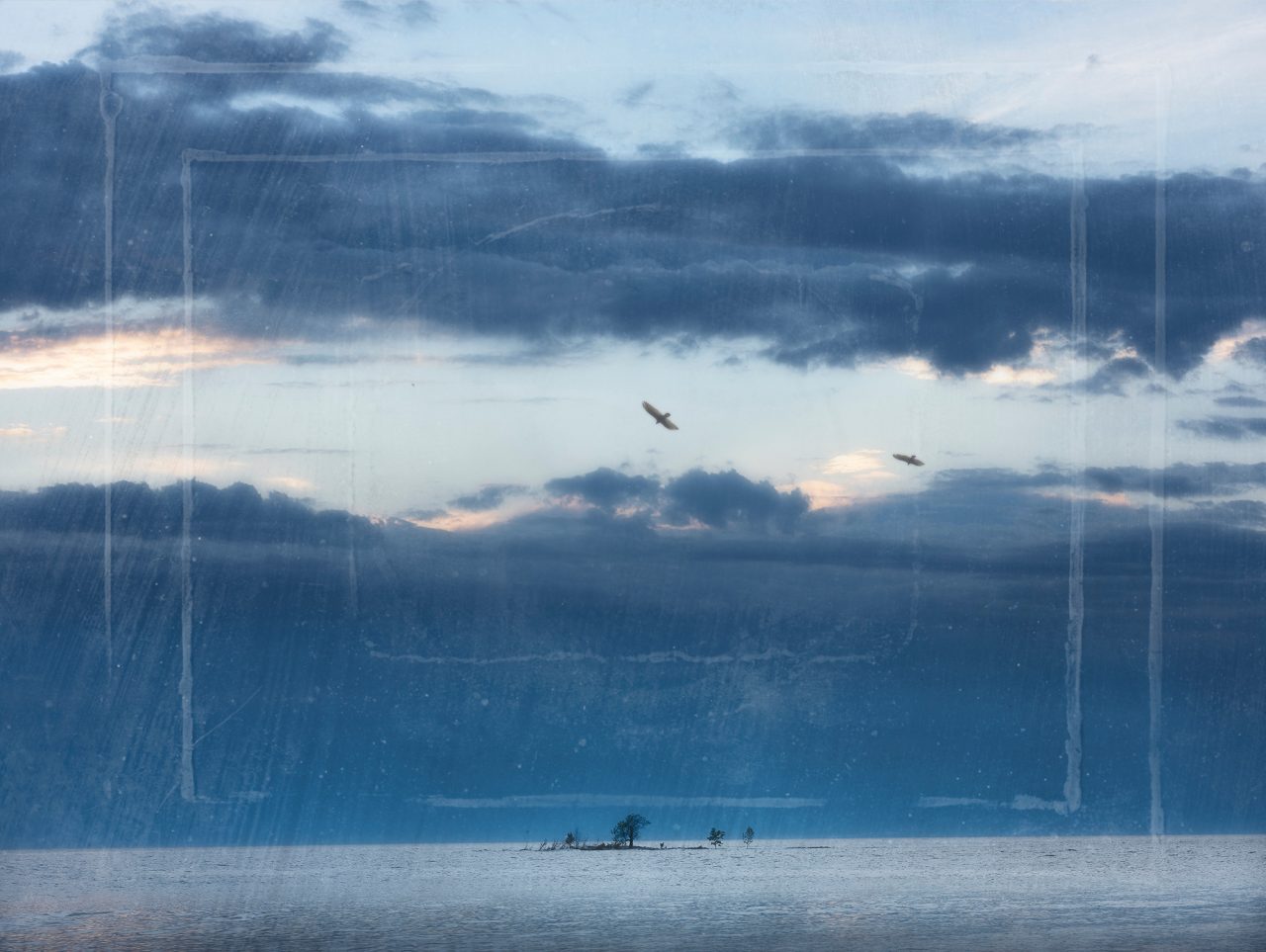 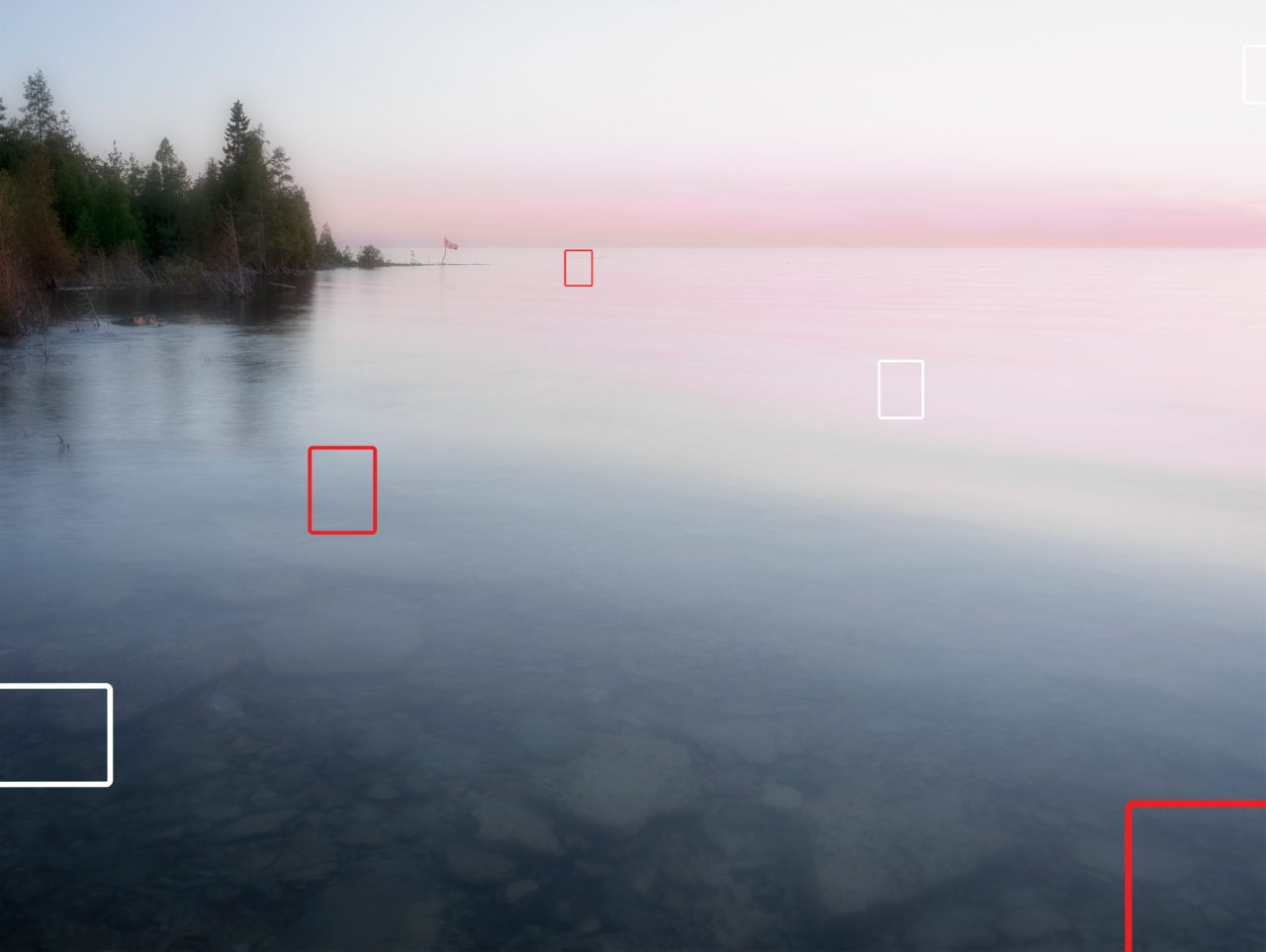 The new photographs that we are featuring at Art Toronto are an evolution from Dobson’s 2013-2014 series “Viewfinder”, where she merged vintage viewfinder glass with her own photographs of the Great Lakes.  The new series, “Focus Finder”, uses the same format, though the glasses that we are now looking through are viewfinders from digital and film cameras as well as camcorders and binocular lenses.

The new body of work began because of her upcoming 2021 solo exhibition of the “Viewfinder” and “Focus Finder” photographs at the Judith & Norman Alix Art Gallery in Sarnia.  These new “Focus Finder” photographs will complement the earlier series but also comment on the geographical location of Sarnia and our current moment.  The US border and notions of Canadian identity reveal themselves in some of these photographs.

The Great Lakes for Susan still symbolize a restfulness, meditative, longing for looking.  But now she is also thinking about climate change, rising water levels, pollution, natural disasters, and plastics that threaten our aquatic life.  The photographs, started pre-Pandemic and completed during, are thoughtful visual reminders of our natural world.

In 2019, Dobson was longlisted for the Scotiabank’s 2019 photography award.  Her series of photographs “Slide Library” will be the feature exhibition at the Ryerson Image Centre during Contact 2021.