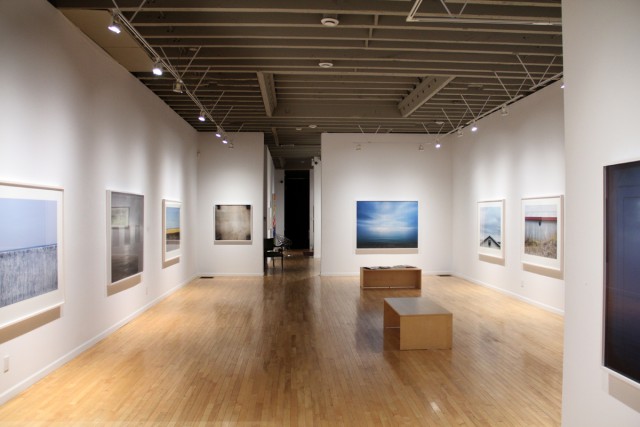 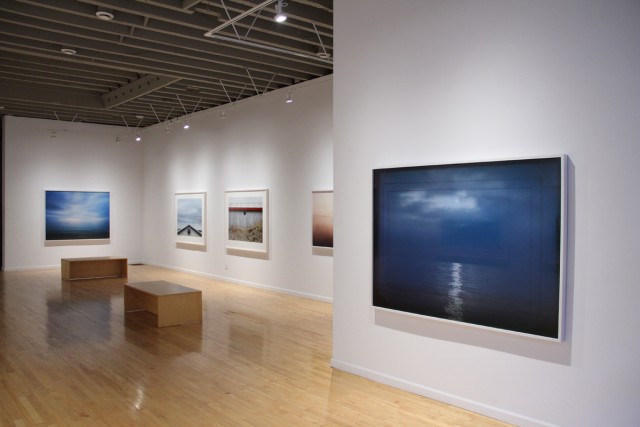 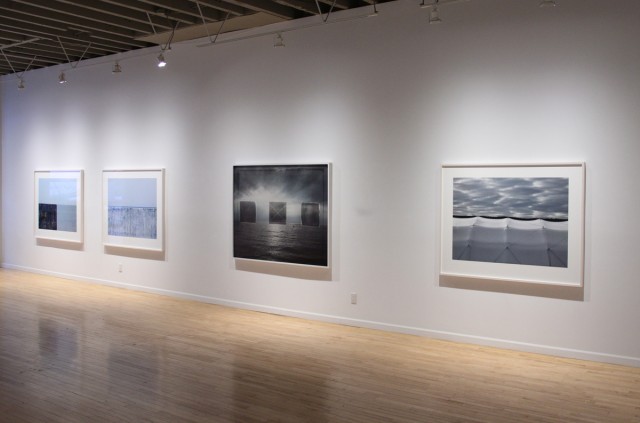 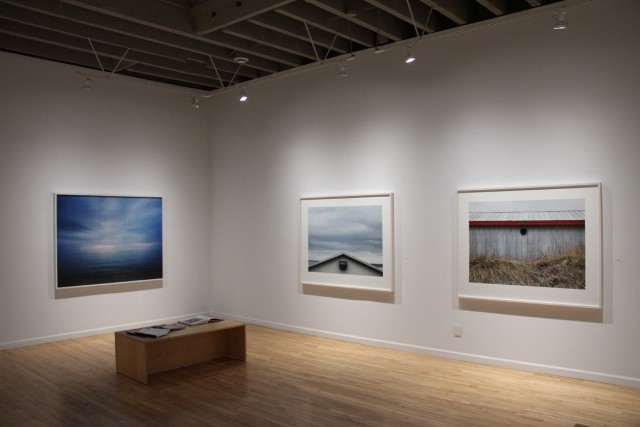 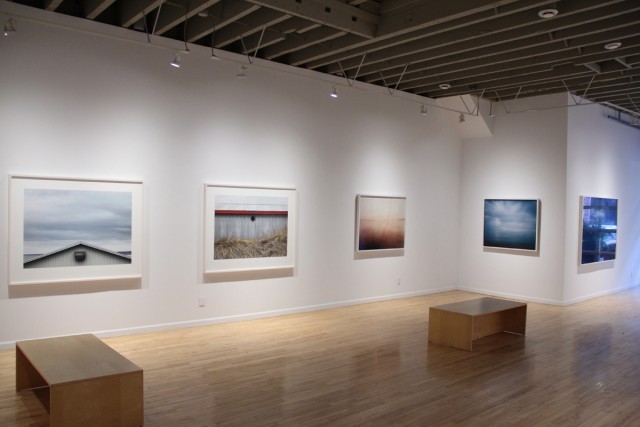 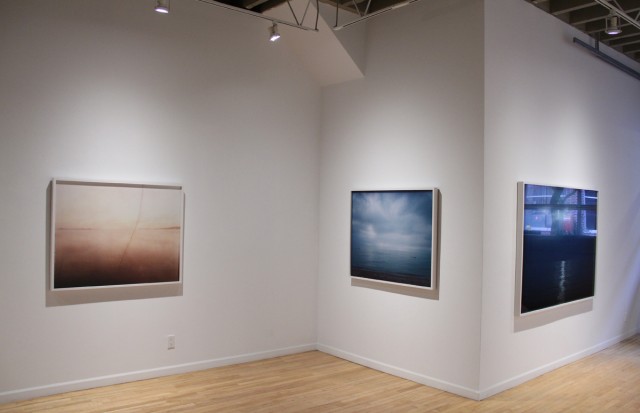 For the month of December we will be featuring photographs by Susan Dobson and Ned Pratt.

Southwestern Ontario is surrounded by the Great Lakes juxtaposed with a vast rich agricultural landscape. December is the month when both the lakes and landscape change dramatically with the ultimate onslaught of ice and snow. Our exhibition will be a small visual reprieve from that inevitability.
Susan Dobson’s “Viewfinder” photographs feature views of the Great Lakes seen through the ground glass of historic large-format cameras. In 2013, Dobson was given unprecedented access to the archives at George Eastman House in Rochester, NY. She selected vintage ground glasses from historic view cameras from their collection, scanning the glass to incorporate into her own photographs.

Many of the glasses have distinctive markings that the original photographer made to organize compositions and show signs of wear and tear. Dobson has superimposed the historic ground glass onto her photographs of each unique view
of the Great Lake.

Susan Dobson’s photographs and installations have been exhibited in solo and group exhibitions across Canada. She has been a featured artist in photography festivals including CONTACT (Toronto, Canada), Fotoseptiembre (Mexico City), Le Mois de la Photo (Montreal, Canada), Bitume/Bitumen (Brussels), and FotoNoviembre (Spain).

Dobson was a contributing artist to the Vancouver 2010 Cultural Olympiad and her work was featured in the 2012 Biennial Builders at the National Gallery of Canada.

Her work is in corporate and museum collections, including Oakville Galleries, the Art Gallery of Windsor, the Portland Museum, and the Canadian Museum of Contemporary Photography, an affiliate of the National Gallery of Canada.

Ned Pratt born in 1964, is based in St. John’s Newfoundland. Pratt’s body of work expresses a continual search for beauty in the unforgiving Newfoundland landscape. His photographs investigate the subtleties of the landscape and deal with memory and place.

Many of his photographs capture a subtle human interaction with the environment. The composed photographs carefully negotiate this relationship between structure and the landscape.

Ned Pratt graduated with a BA from Acadia University then moved on to the University of British Columbia to study architecture. He returned to eastern Canada and earned a BFA in Photograph at NASCAD in Halifax.

Upon graduation, Pratt worked as a freelance photo editor for the Sunday Express, a newspaper published in Newfoundland. His photography has also appeared in The New York Times, Newsweek, Maclean’s, The Globe and Mail, Canadian Geographic and the Financial Post.

His photographs are in private, public and corporate collections including the Canadian Museum of Contemporary Photography, The Department of External Affaris and the Art Gallery of Nova Scotia.

Thank you to Nicholas Metivier Gallery for their help with Ned Pratt.