Will Gorlitz “A Difference of Distance” 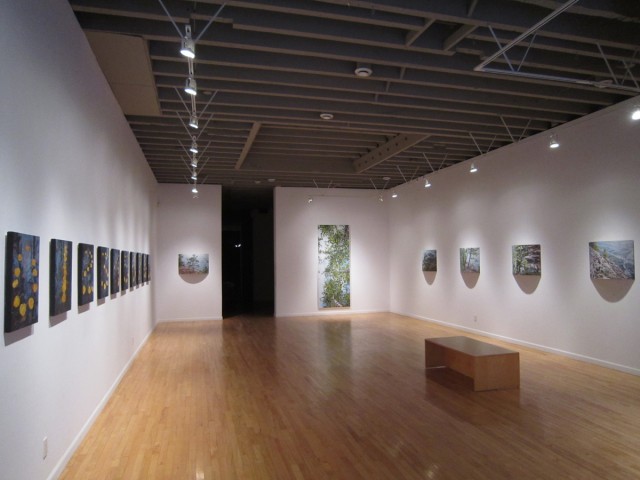 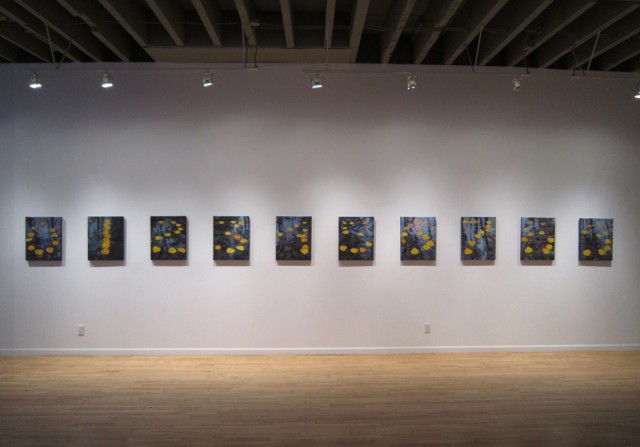 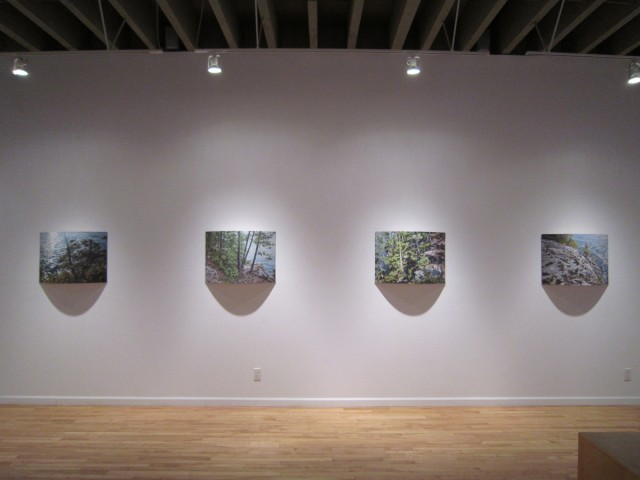 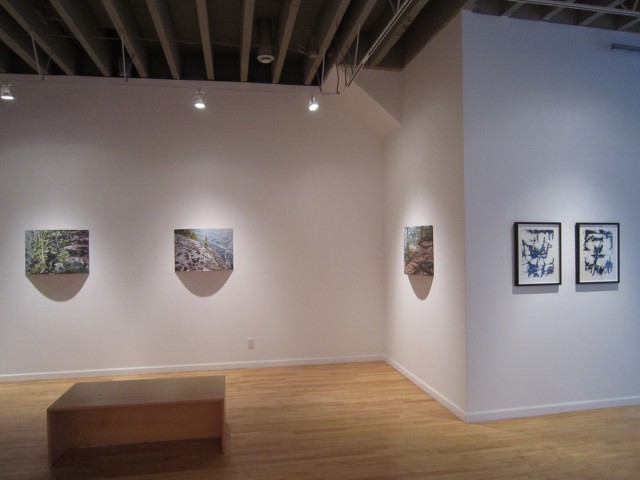 Included in the exhibition will be a suite of convex-shaped paintings inspired by a trip to the Temagami region of Northern Ontario, a suite of 10 “Numerals” paintings and a new set of prints.

Will Gorlitz speaks about his new series:

“A friend recently asked me why I commonly choose to paint landscapes. After some thought, I answered that I appreciated its timeless quality. It is fundamentally generic and yet holds an extreme sense of potential importance. I was relatively young when my family immigrated to Canada and I have only the faintest recollection of where I came from. I am unable to imagine the landscape of my birthplace, but even without an image of it in mind I feel a distinct sense of belonging to it. On the other hand, my imagination holds well-defined images of the world in which I now live, and yet it is a world in which I do not entirely feel I belong.

Nineteenth century optical technologies such as dioramas aimed to simulate a persuasive experience of the world. Dioramas were designed concavely to enclose the viewer’s field of vision in the scene. The ultimate aim of the apparatus was to become invisible and entirely absorb the viewer’s imagination. My recent landscape paintings at the water’s edge of Lake Temagami do the opposite. Rather than produce a sense of absorption, their inversion creates a critical self-awareness, which is a consistent feature of my work.”

WATCH Video Interview with Will Gorlitz and Exhibition Preview:

Guelph based artist Will Gorlitz was born in 1952 in Buenos Aires. He studied at the University of Manitoba School of Art and the Nova Scotia College of Art and Design.  He currently is Professor of Studio Art at the University of Guelph.  Gorlitz has exhibited extensively both nationally and internationally since the early 1980s including solo shows at the Centre culturel canadien, Paris, France, Power Plant Contemporary Art Gallery, Toronto and 49th Parallel, New York City.   In 2009-2010, nowhere if not here, a nationally touring exhibition, featured a cross section of 20 years of Gorlitz’s painting.

Gorlitz’s work is in the collections of the Art Gallery of Ontario, Musee des beaux-arts de Montreal, McMichael Canadian Art Collection and the Winnipeg Art Gallery.

Gorlitz pays particular attention to nature and natural occurrences. Whether his paintings are of grassfires, maps or forests, Gorlitz’s canvases are both natural representations and cerebral developments. There is a strong connection to language in Gorlitz’s work and a focus on the way that signs and symbols work in our understanding of the world.

Will Gorlitz “A Difference of Distance”