Will Gorlitz “Lie of the Land” 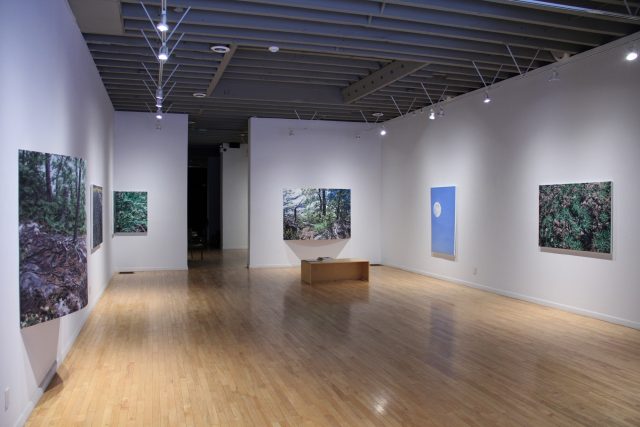 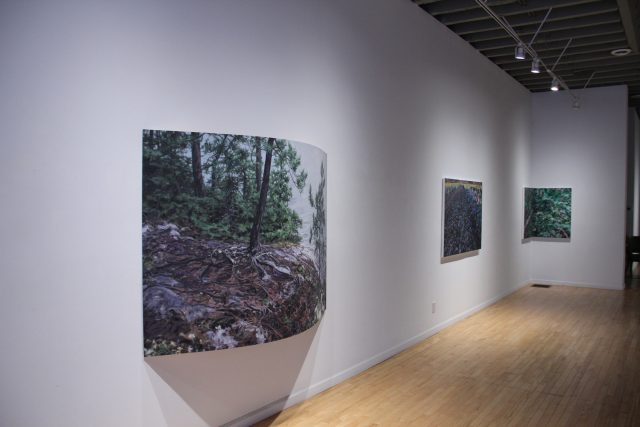 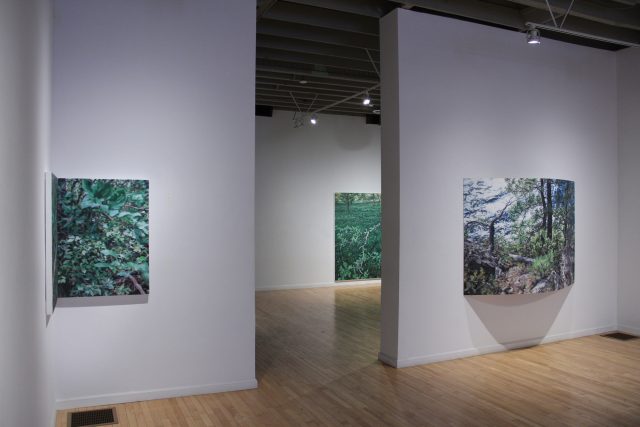 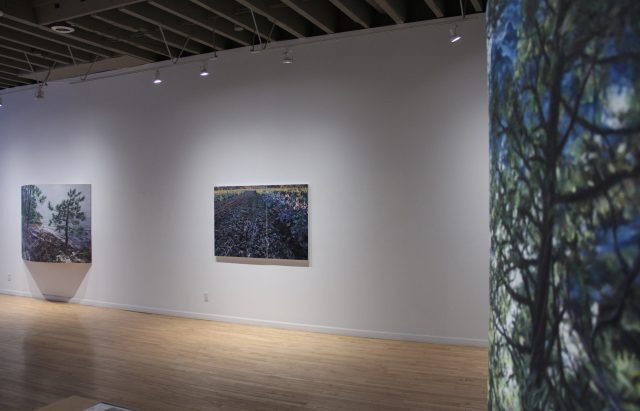 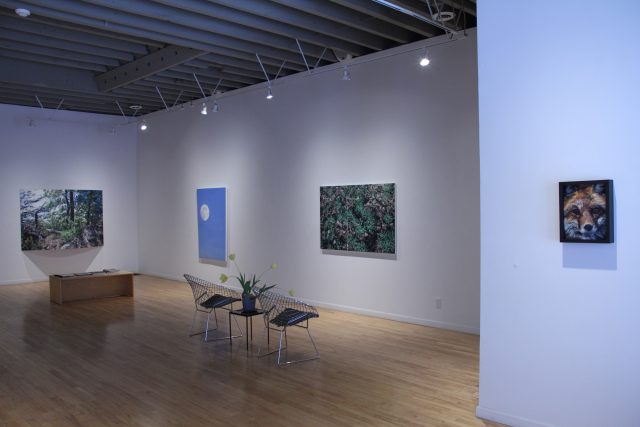 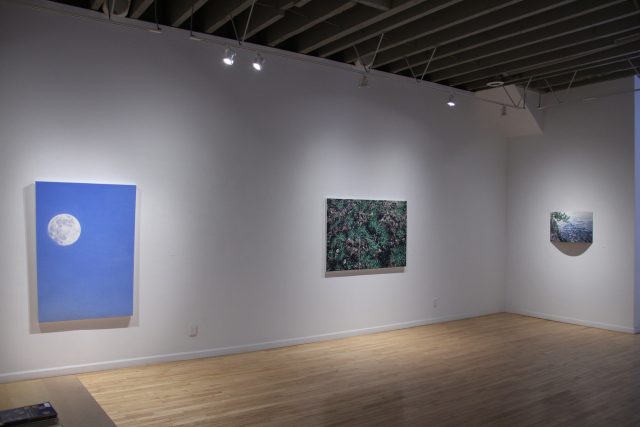 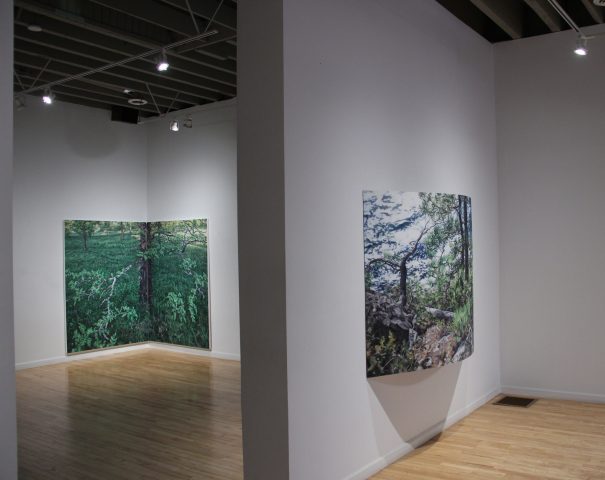 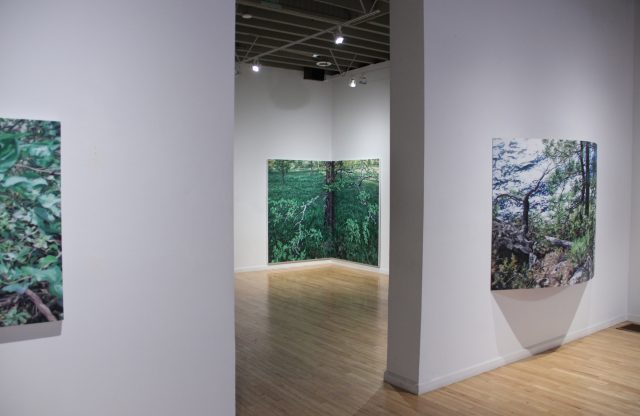 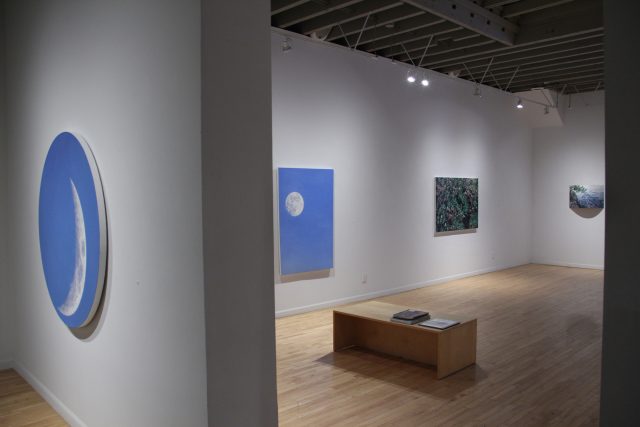 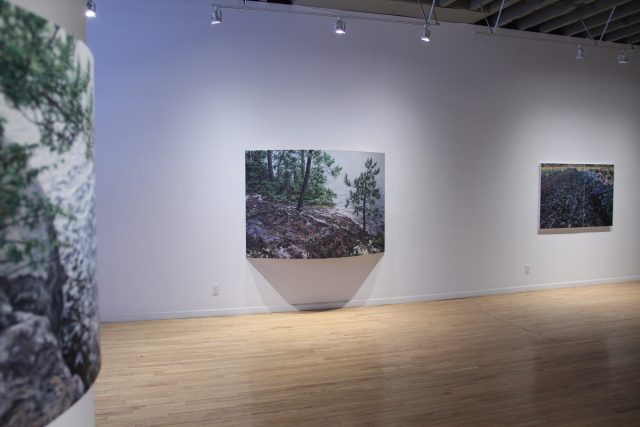 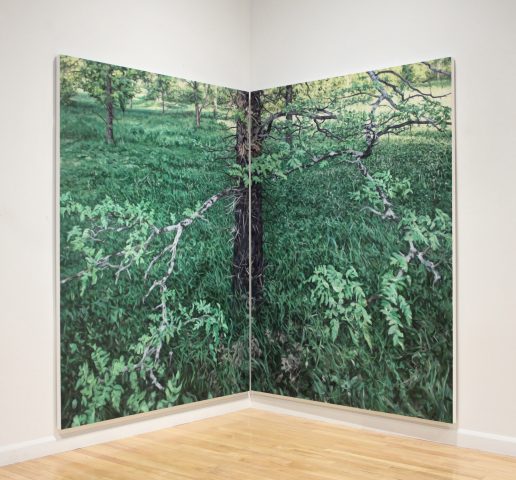 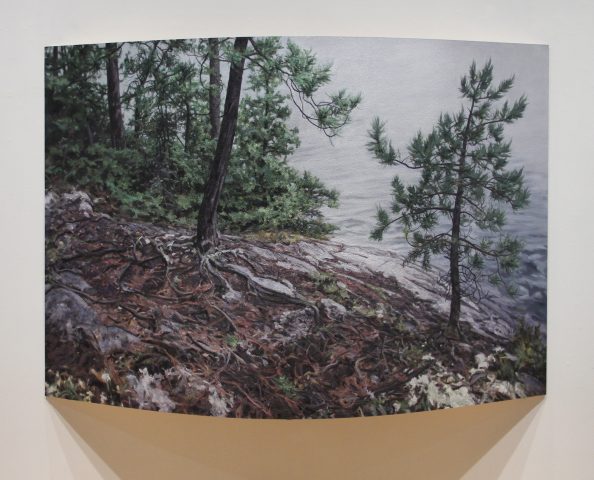 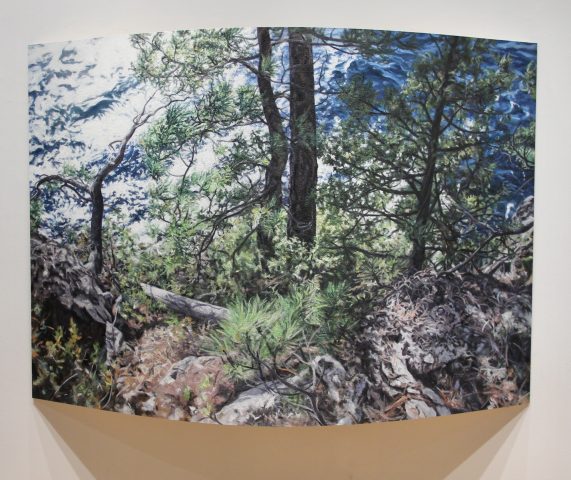 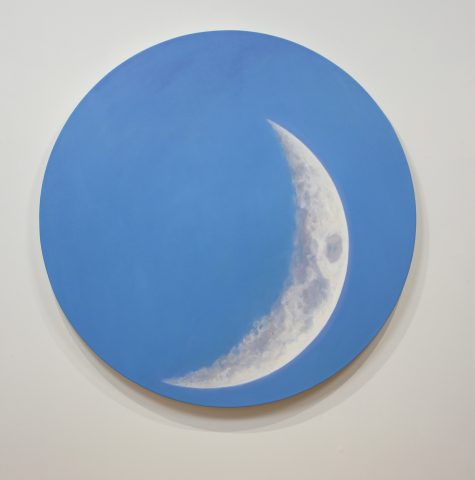 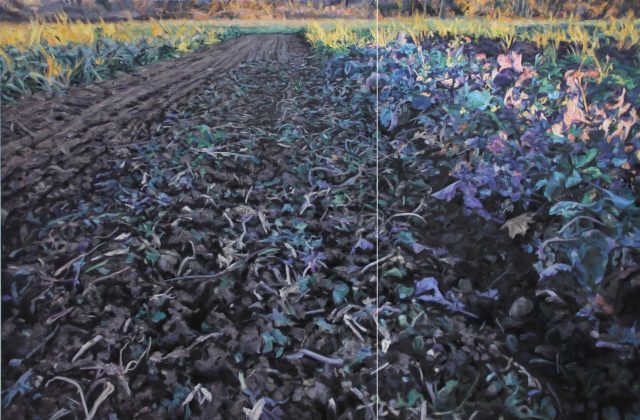 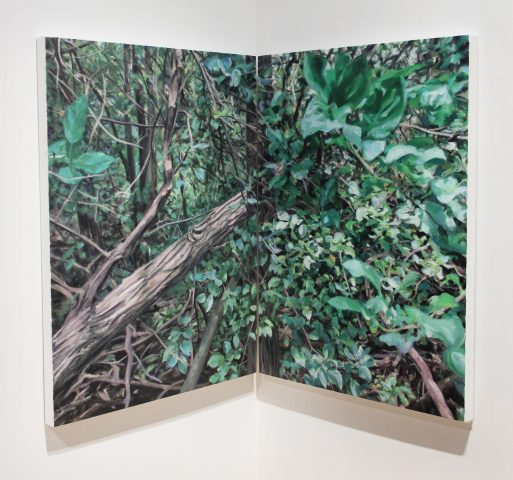 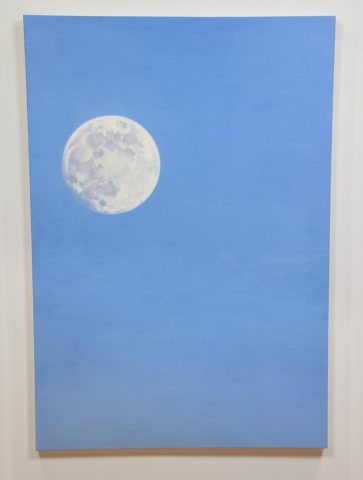 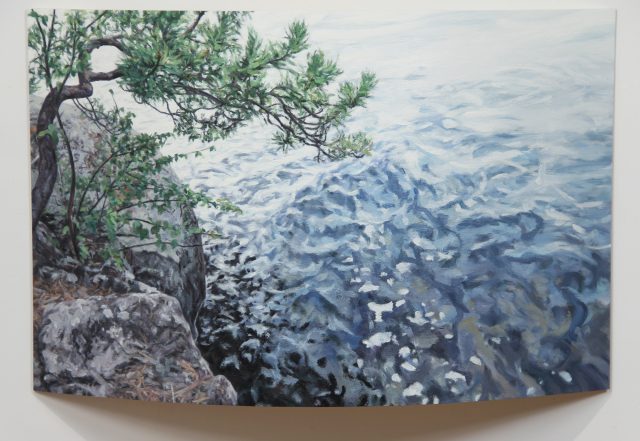 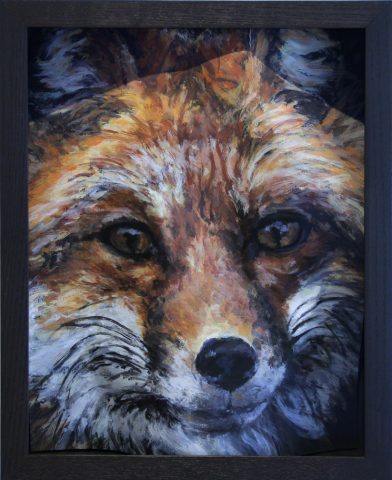 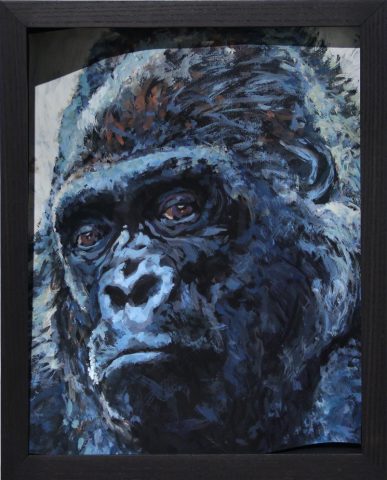 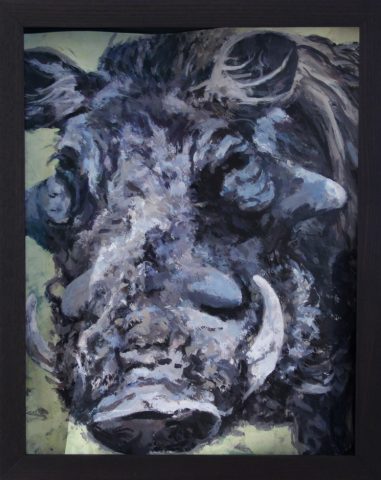 “As an immigrant to Canada, the genre of landscape has always seemed to be a perfectly logical and endlessly viable subject for me to explore in my art.  Engaging it is a form of discovery and definition.  The subject is highly invested with social and cultural meanings that reveal among other things our Colonial history, and more recently competing artistic interpretations through Modernist eyes.

My own approach is to fundamentally avoid narrative and instead present portals for perceptual encounter that encourage each individual viewer to personally engage in the visual experience as a critical mode of reflection, and hopefully awareness.   Stressing the visual is always my first and foremost aim.  For me as a painter this entails the fusion of painterliness and representation, believing that this produces a valuable form of criticality akin to Brechtian “distancing”, where the viewer’s mindfulness of the medium and its function is crucial to the full understanding of the work.

The paintings in this exhibition are landscapes, but they vary in character and classification: including natural, agricultural, and even celestial forms.  Each classification reoccurs within the exhibition, with this repetition serving to draw comparative attention to the distinctive support formats of the paintings.  Some of the subjects as well as their respective formats represent entirely new explorations for me while others are a continuation of ongoing thematic interests.

This range of factors originally led me to consider the phrase “Lay of the Land” as the title for the exhibition.  When I researched the expression, I discovered that “Lay of the Land” was the ‘American’ usage, while “Lie of the Land” was ‘British’.  As with the Canadian bias for the British spelling protocol, I opted for the British version of the expression, which as an amusing bonus also added the critical complication of doubt with the double meaning of the word “lie”.  Context is always required for understanding and this is also something I have aimed to underscore throughout my work.  But mainly, the expression seemed to perfectly resonate with the theme of landscape as an exploration and assessment of variables and possibilities.”

As a representational painter, Gorlitz deploys an engaged painterly approach that foregrounds visuality just as it critically pursues a discourse with other media technologies. His metaphorical subjects entwine personal experience with broader cultural matters.

Will Gorlitz “Lie of the Land”