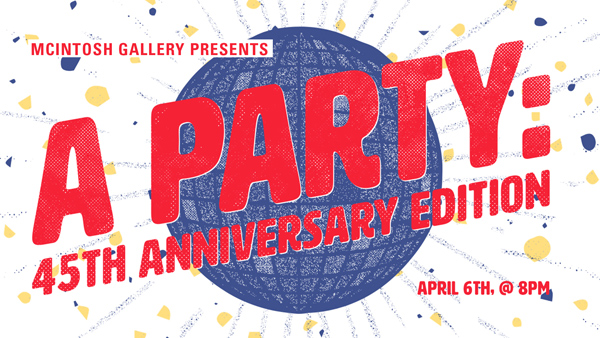 Only one week away! The Forest City Gallery’s 45th Anniversary and annual fundraising party for 2019!

This year is extra special because it’s our 45th Anniversary edition! It will be bigger, better, and held at the Goodwill building (wheelchair accessible!) just down the road from the gallery! The evening will be hosted by London’s most notorious drag queens: Nico Lavender and Myss Taiken, and feature a killer DJ set by Empyrean!