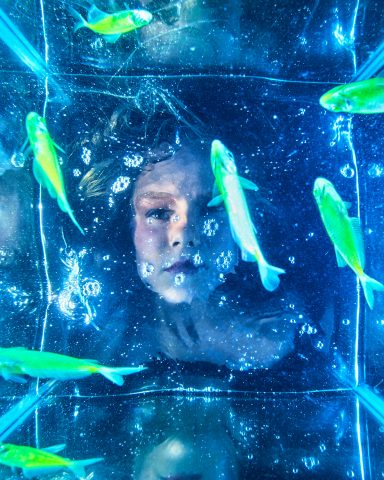 We are proud to now exclusively represent Sage Szkabarnicki-Stuart, an emerging photographer.

Sage Szkabarnicki-Stuart’s most recent body of work, entitled “Animal Logic” created in 2020, is a photo series that explores the historical relationships between humans and animals and how they’re expressed today.

The photographs celebrate the surprising, sometimes overlooked history of animal and human relationships within the Canadian historical context.  The artist uses self portraiture to reflect on her experience with animals and environments that surround her in day-to-day life.  As a newcomer to Toronto in 2018, Sage began learning about local history by researching and the city’s flora and fauna.  The ‘Animal Logic’ series reexamines binaries like native/non-native, protected/pest from a new perspective, by exploring the historical relationships between humans and animals and how they’re expressed today.

Some highlights from the series: 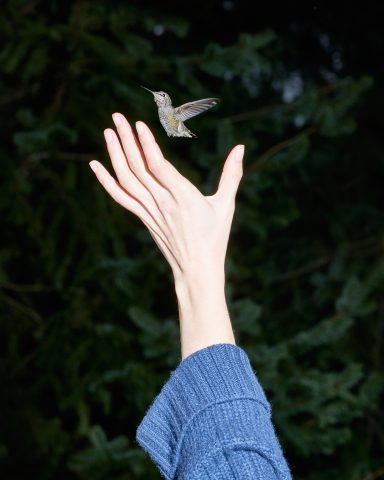 In many ways we engineer the natural world without even realizing it. In the 60s and 70s the Anna’s Hummingbird was able to expand its breeding grounds from Baja and Southern California to as far north as Canada thanks to gardeners and bird enthusiasts along the coast.  Without the widespread planting of exotic ornamental plants and the popularity of bird feeders, the Anna’s Hummingbird would probably not have been able to expand its traditional territory as far north as we see today.  Anna’s Hummingbird demonstrates how quickly a species’ natural territory can change size and/or location. 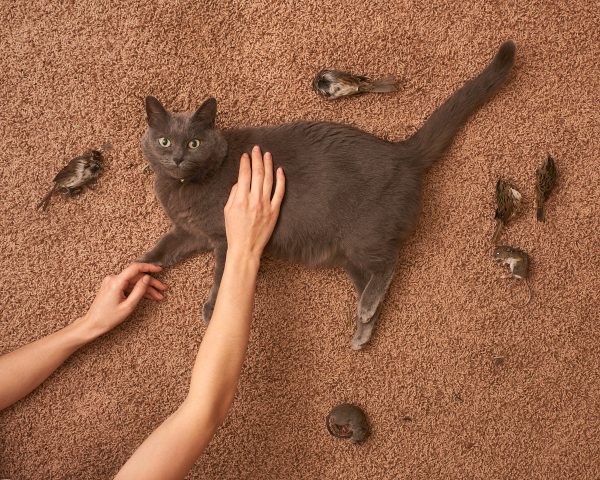 How we treat cats further illustrates how biased and flawed our perception of ‘invasiveness’ really is.  Technically speaking, cats should be considered an invasive species: “they were introduced by us as pets and companions, but have also managed to establish themselves completely independent from humans in ecosystems where they are a serious source of mortality for birds and other native wildlife.”  Cats and habitat loss are the two biggest killers of birds in Canada and the US: each year in just the two countries they kill between 1 billion and 4 billion birds, 6 billion to 22 billion small mammals, and they have also played a large role in the extinction of at least 33 bird species here. The number of birds killed by cats exceeds total deaths from pollution, pesticides, window strikes, vehicles, and all other man-made causes combined.  “Even when presented with raw kill data, many people, including the overwhelming majority of cat owners, still doubt that cats adversely affect wild bird populations.” 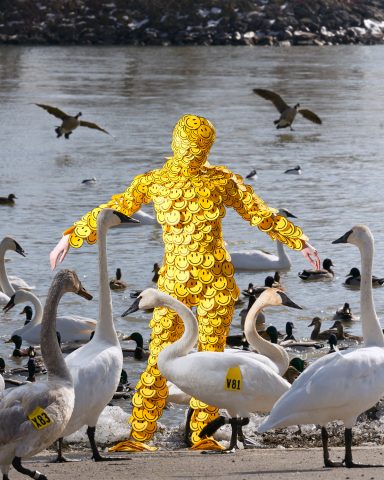 Trumpeter Swans would probably have disappeared if it weren’t for the passionate volunteers who continue to track, care for, and protect them and their habitat to this day.  Ontario’s Trumpeter Swans were gone by the early 1900s.  Biologist Harry Lumsden led a small team of enthusiasts in a bid to reintroduce the birds to the province – using eggs from Alberta and Alaska, a fledgling population was established. The program worked.  Today you can see and hear trumpeter swans across southern Ontario.  Trumpeter swans are now a species of least concern.  We need more of these stories: real, profound changes happening in our communities for the good of humans and the land.  Our innate propensity to pay attention to bad events more than good ones, our negativity bias, can spawn a sense of powerlessness if we don’t consciously make an effort to keep it in check.  By celebrating the successes of local conservation projects, we are reminded that positive change is achievable.  We realize that trying harder to align our actions with our morals and values is worthwhile.