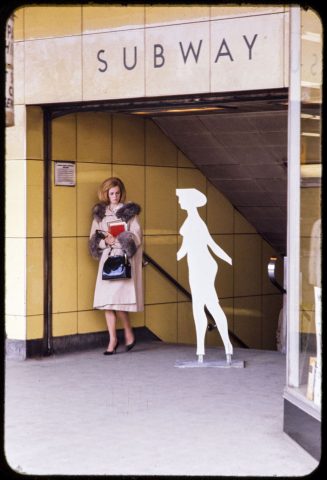 Toronto Life picks Michael Snow’s “Walking Woman in the Subway” as one of the most covetable pieces for sale at Art Toronto.

The 91-year-old Toronto artist Michael Snow is known for his Walking Woman, a mirrored silhouette that he used to produce and place in conspicuous spots all over the city back in the ’60s. This photograph appeared in Snow’s book Biographie of the Walking Woman, which recorded many public interactions with the silhouette. The image is up for sale for the first time.

View the other choices HERE