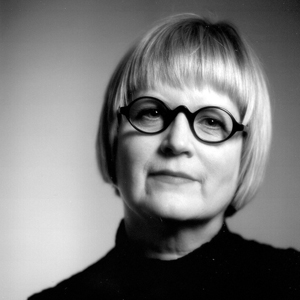 Wanda Koop is one of Canada’s most distinguished and inventive artists. Her career spans three decades and includes over 50 solo exhibitions. From the very beginning of her career, Koop garnered critical acclamation for her work. Starting in the 1980s, she charted new directions for painting, pushing the boundaries of presentation and display with her all-encompassing installations. Over the last decade she has become recognized for incorporating poetic video work into her painting environments.

Born in Vancouver, British Columbia, Canada in 1951, the daughter of Russian Mennonite immigrants, Koop moved to Winnipeg, Manitoba as a young child and has called this remarkable city home ever since. While still a university student, Koop’s work was included in an exhibition in 1972 at The Winnipeg Art Gallery. She graduated in 1973 from the Lemoine Fitzgerald School of Art, University of Manitoba, Winnipeg. Over the course of her career, she has been the recipient of numerous national and international awards in recognition of her achievements as an artist, such as the Canada Council “A” Grant, the Paris Studio, the Japan Fund Award, and the Manitoba Arts Council “A” Grant. In 2002 she was honoured with the Queen’s Golden Jubilee Medal and received her Doctors of Letters from the University of Winnipeg. She was granted her second honourary doctorate from the Emily Carr Institute in Vancouver in 2007. Her alma mater, the University of Manitoba, has recently awarded Koop with a Doctor of Law at Spring Convocation 2009. The Royal Canadian Academy of Arts elected her as a member in 2005. Her Excellency the Right Honourable Michaëlle Jean, Governor General of Canada, appointed Wanda Koop a member of the Order of Canada in 2006. This award was established in 1967 to recognize outstanding achievement and service in various fields of human endeavour. It is Canada’s highest honour of lifetime achievement.

Koop travels extensively as part of her working process and has exhibited across Canada and the USA, as well as in Great Britain, the Netherlands, Germany, Brazil, Japan, India, China, and Italy (in conjunction with the 2001 Venice Biennale). Koop’s creative output has been consistently featured in national art publications such as Canadian Art and Border Crossings. In 1997, The National Film Board of Canada and Buffalo Gal Pictures produced a documentary on her life and work. More recently, in 2011, Site Media produced “KOOP: The Art of Wanda Koop”, a documentary that was the opening film of the 2011 Reel Artist Film Festival in Toronto.

Her work is included in numerous private collections and is represented in several prestigious museum collections such as the National Gallery of Canada. In 2010, the Winnipeg Art Gallery and the National Gallery of Canada co-curated a 25 year survey of Koop’s work. The exhibition, “On The Edge of Experience,” featured an overwhelming body of work that critiqued how modes of technology impact nature.

Tenacious and exceedingly generous, Koop is also well known for her community work. In 1993 she co-created the Rotterdam Apartment Cooperative to help Canadian artists live and work in the Netherlands, with additional residences in Canada for Dutch artists. An integral member of the local arts community, Koop has made a measurable impact in Winnipeg. In 1998 she founded Art City as a storefront art centre. The goal of Art City is to bring together contemporary visual artists and inner-city youth to explore the creative process. Art City is not just about art, it is about belonging, it is about creating opportunities, developing life skills, enhancing self-esteem and self-respect within a disadvantaged community.

MGG specializes in the acquisition and sale of artwork by Wanda Koop.  If you own a Wanda Koop and would like assistance in determining its value, please contact Michael directly HERE or call 519.439.0451. 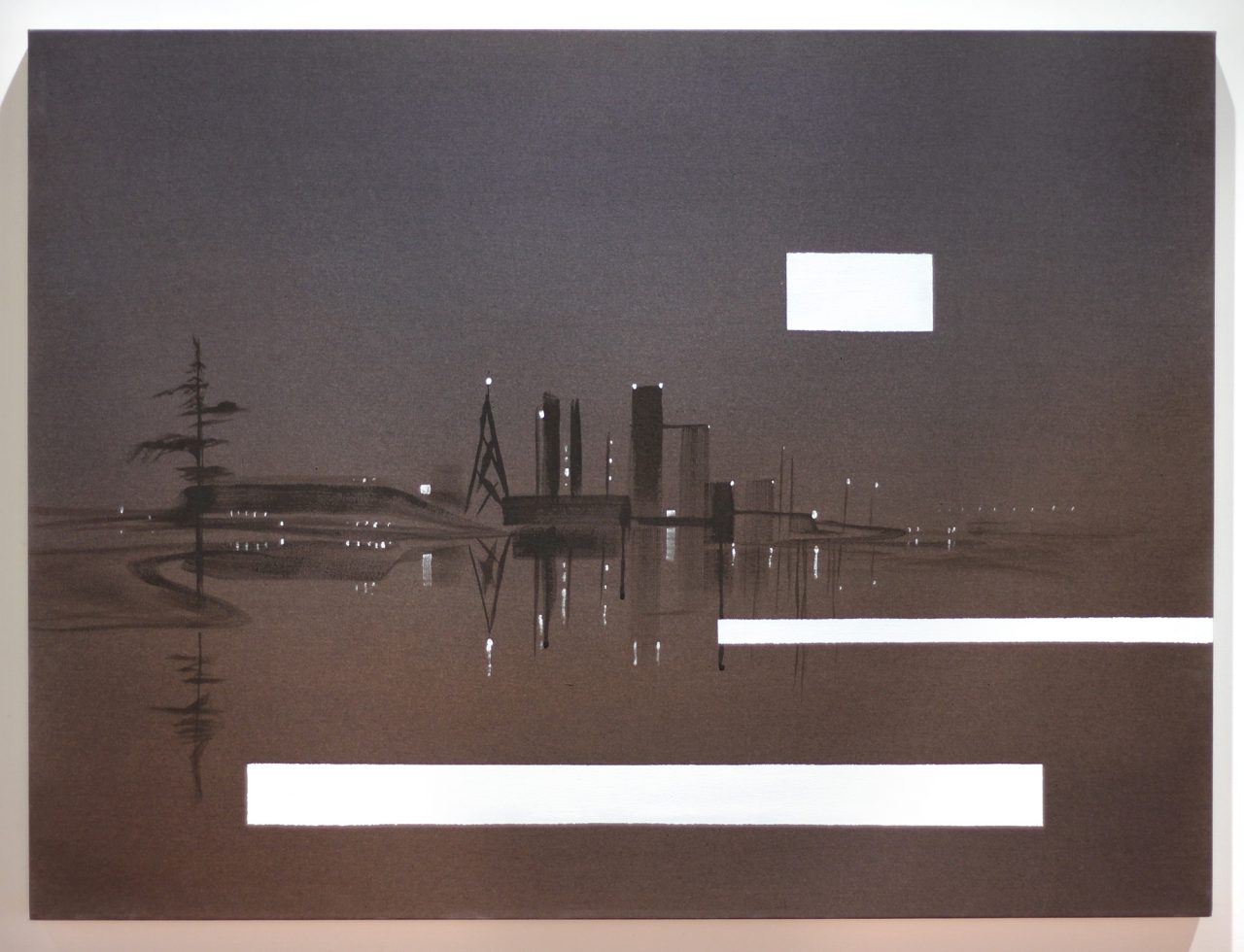 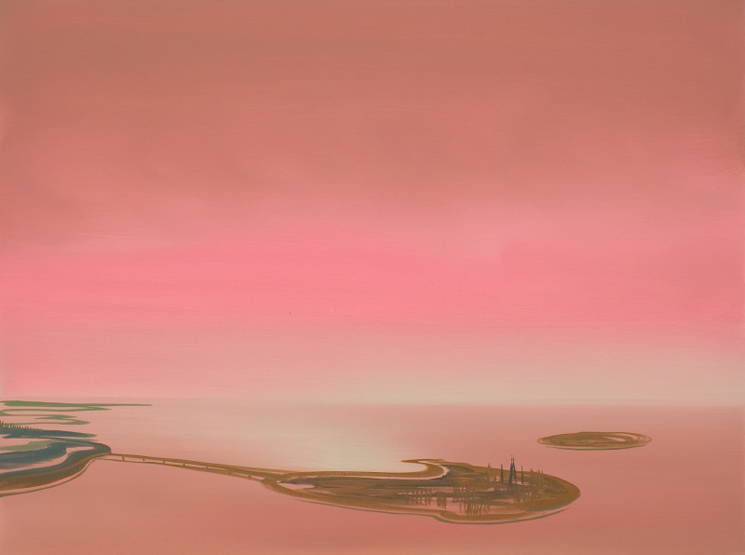 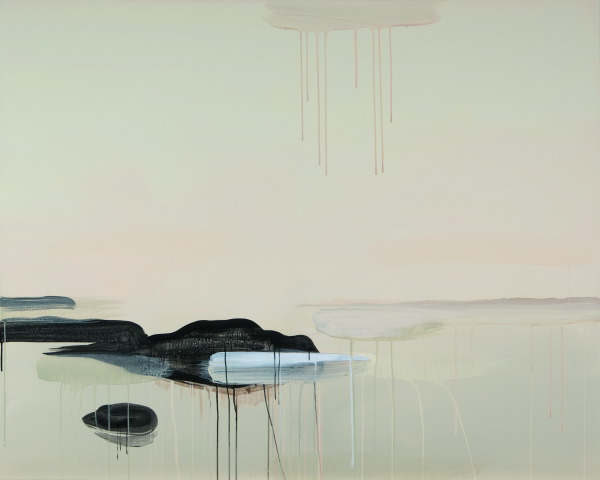 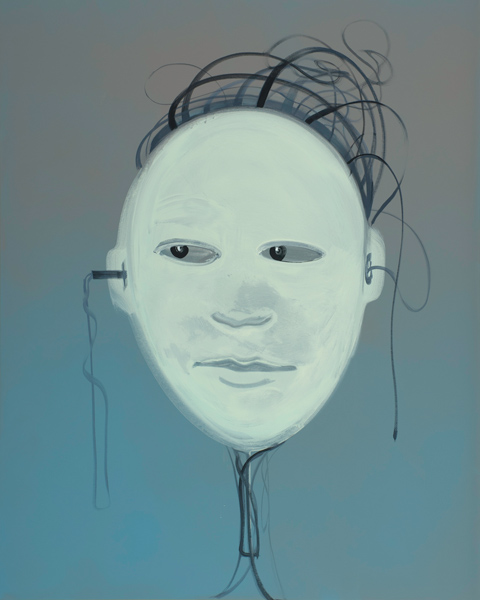 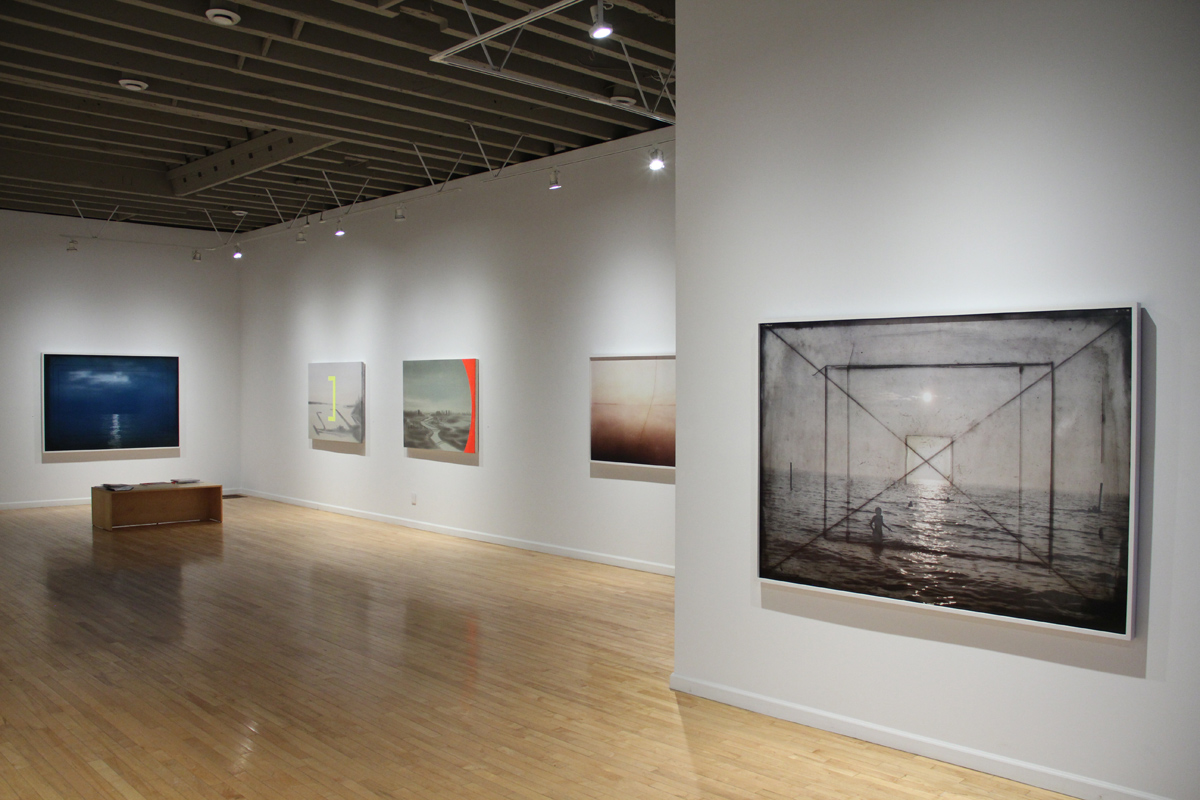 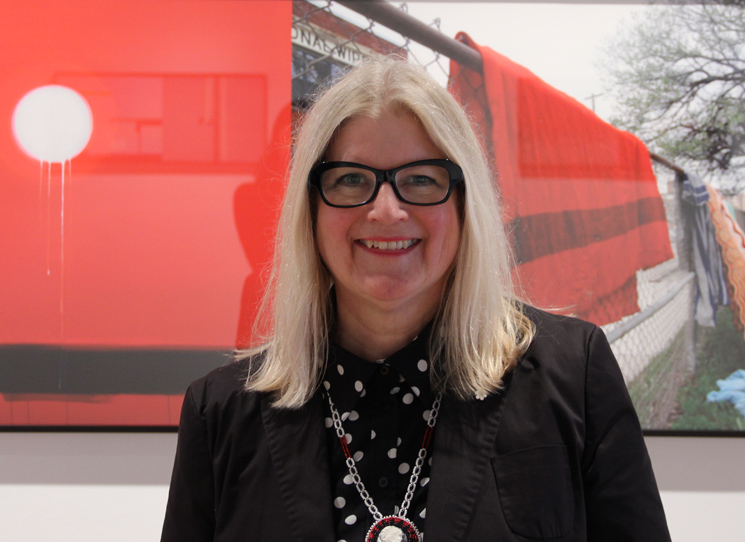 Wanda Koop has been awarded the Governor General's Award in Visual and Media Arts for 2016. 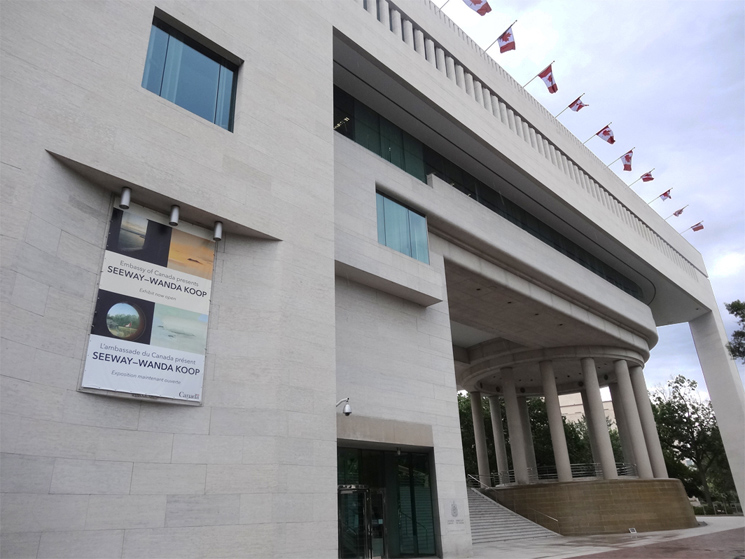 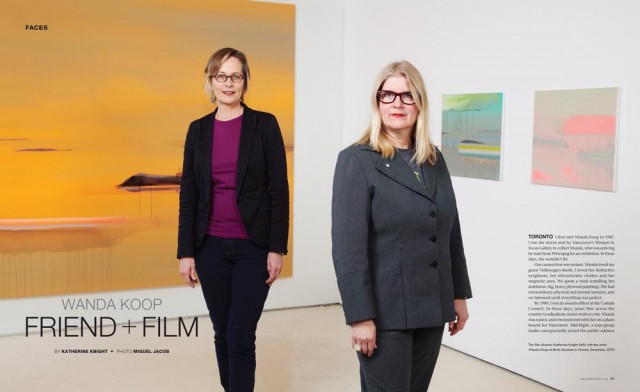 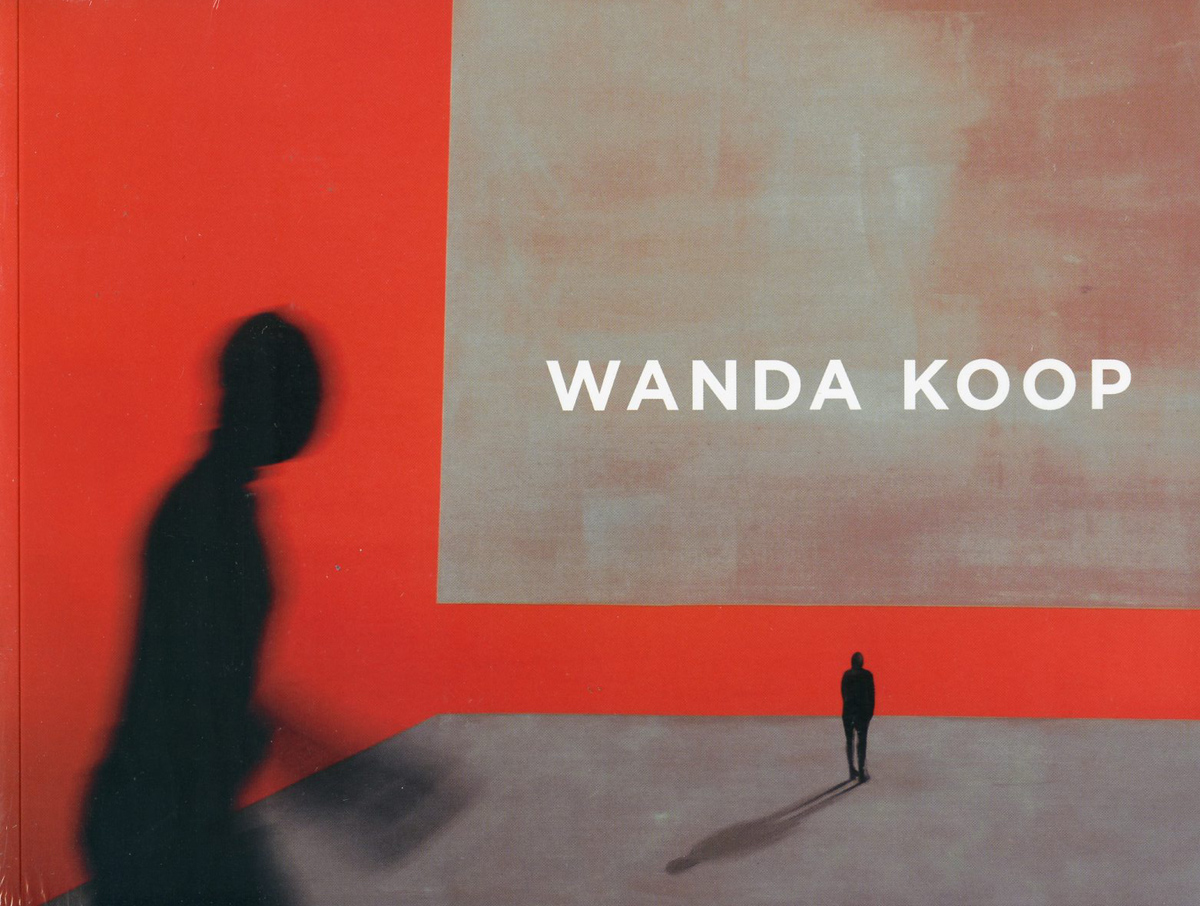 Wanda Koop On the Edge of Experience

This original publication accompanies Wanda Koop's 2010 retrospective touring exhibition initiated by two of the country’s most prestigious institutions, the Winnipeg Art Gallery and the National Gallery of Canada. 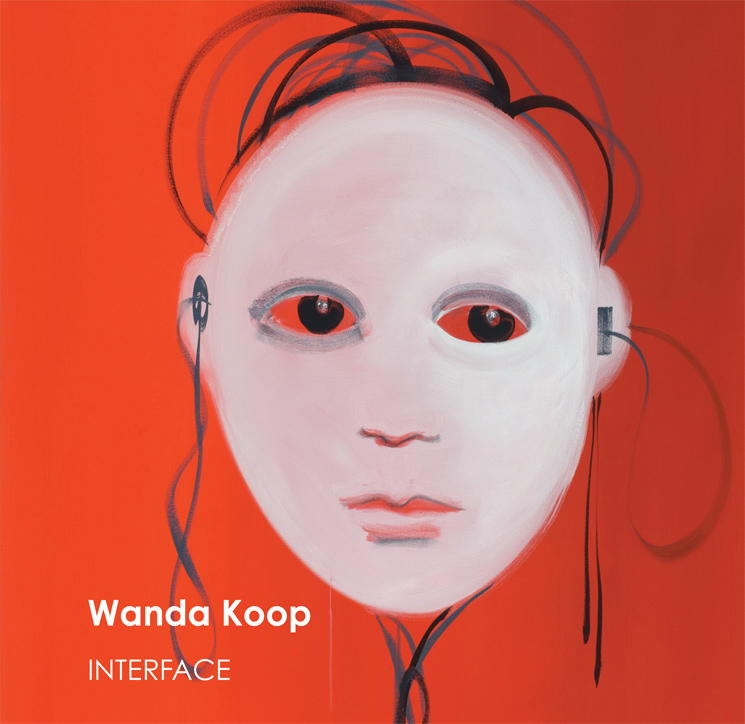 Catalogue of Wanda Koop's October 2012 exhibition INTERFACE at the Michael Gibson Gallery.  In the introduction to Wanda Koop's catalogue, Robin Laurence describes Koop's new body of work: "FACE TIME, initiated less than a year ago, plays expressive variations on the theme of the human face suspended on a network of wires. They're not the kind of heavy wires that might comprise the armature of a clay or plaster sculpture - although there are intentional evocations of that process in this imagery, along with allusions to historical art's aspiration to shape and physical ideal. Rather, these are the kind of wires that plug us into a whole array of music, video and communication devices and networks."

Michael Gibson Gallery video interview with Wanda Koop, October 2012. In the video, Wanda Koop explains the inspiration behind FACE TIME, an exhibition of landscape and portrait paintings that explore human emotion and our relationship to web and mobile based technologies.

Site Media Inc. 1 minute teaser trailer of the one hour film "Koop: the art of Wanda Koop" Available copies of the film are available at the Michael Gibson Gallery.