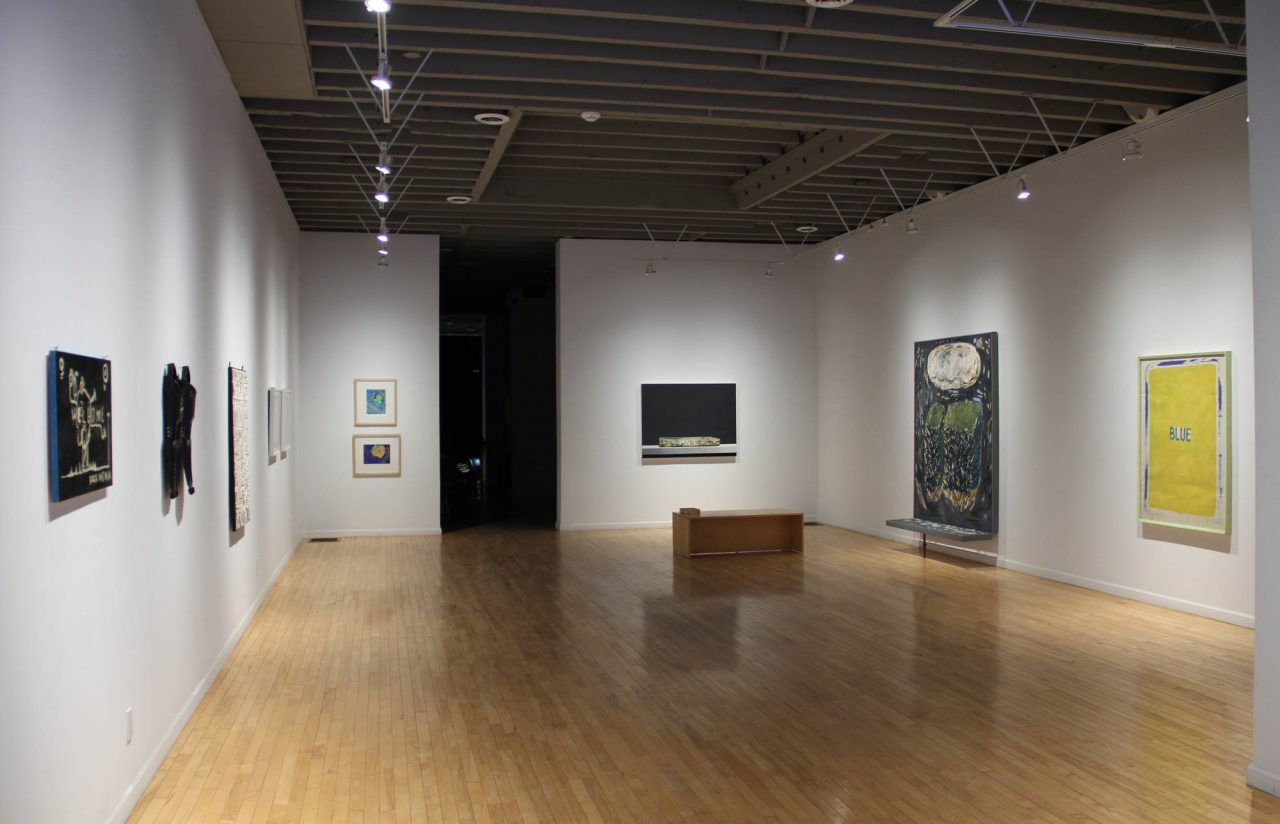 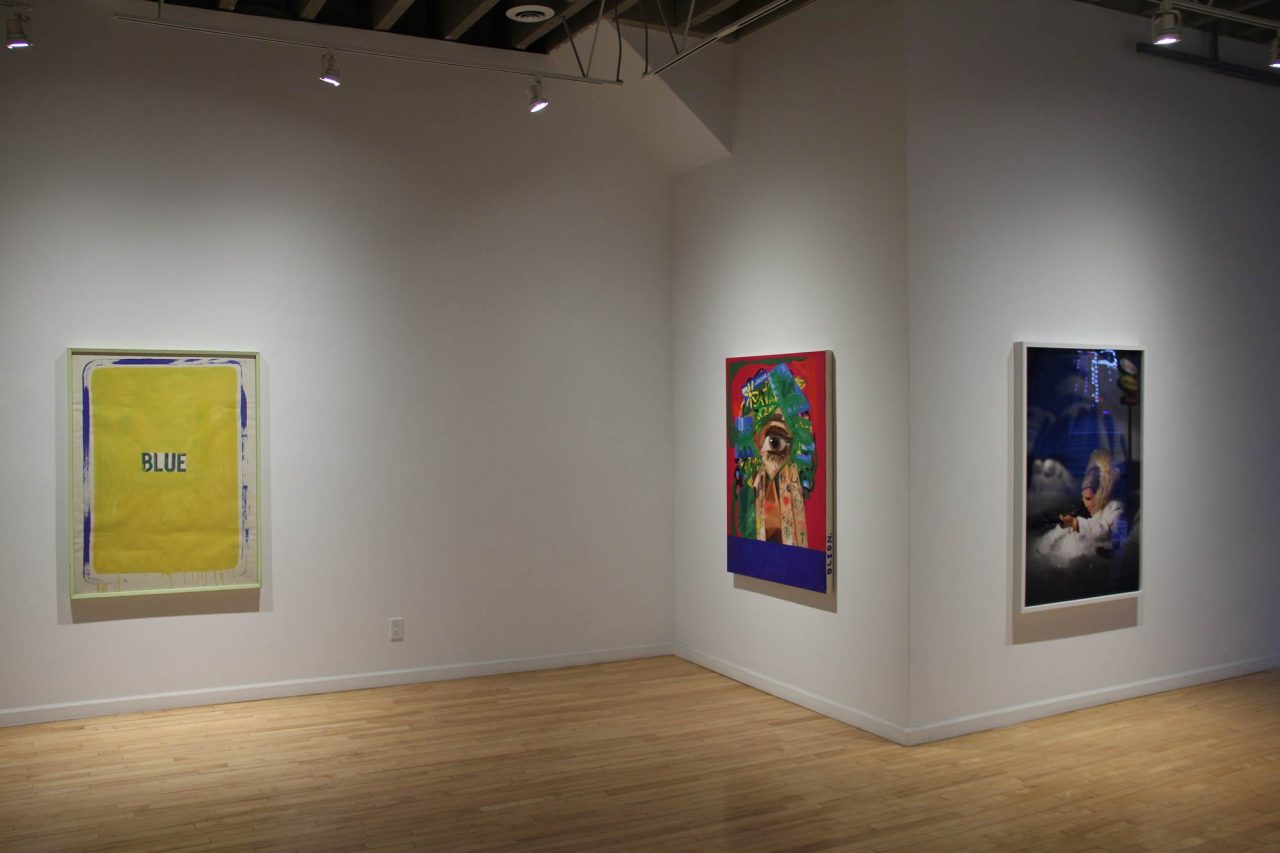 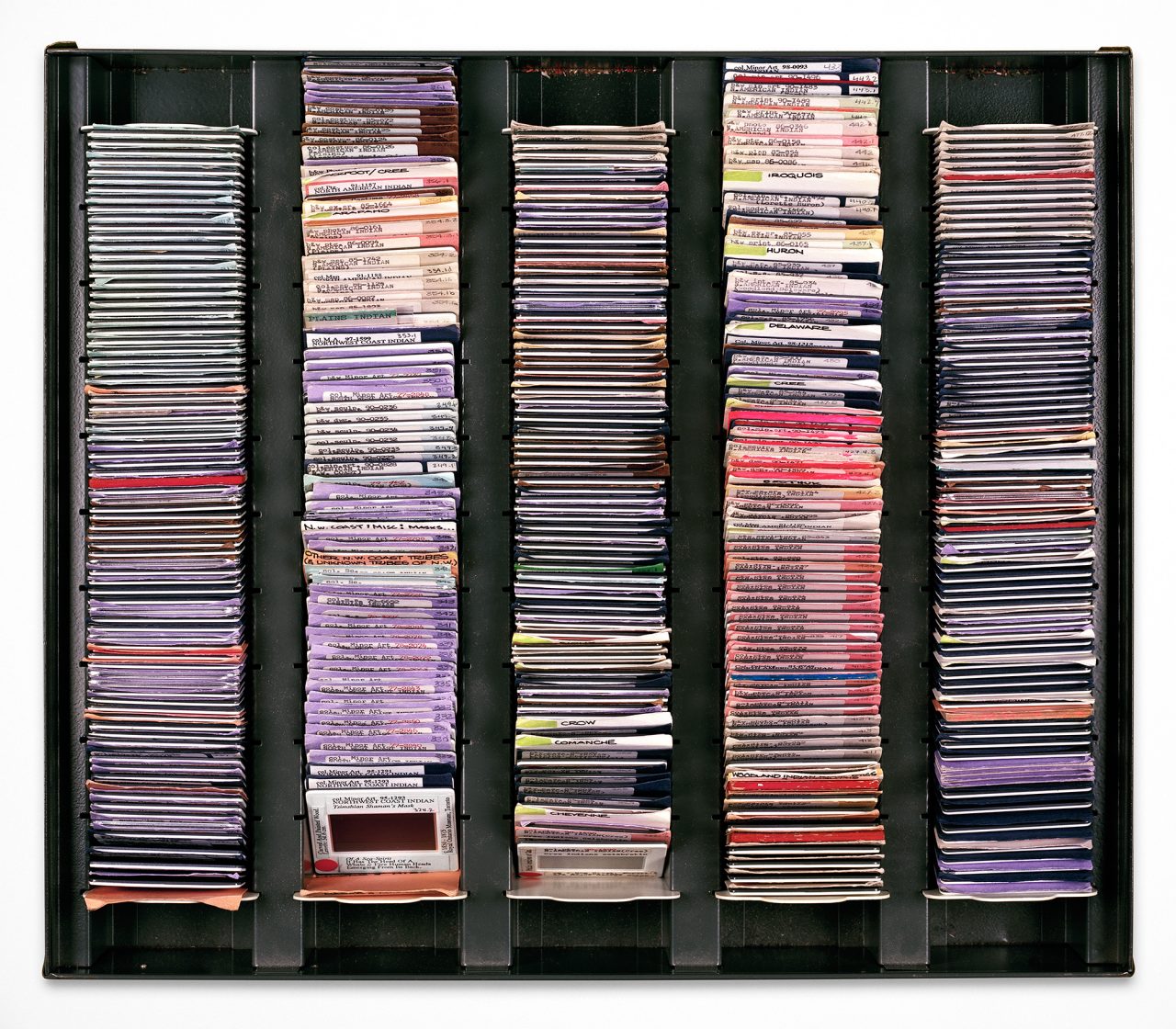 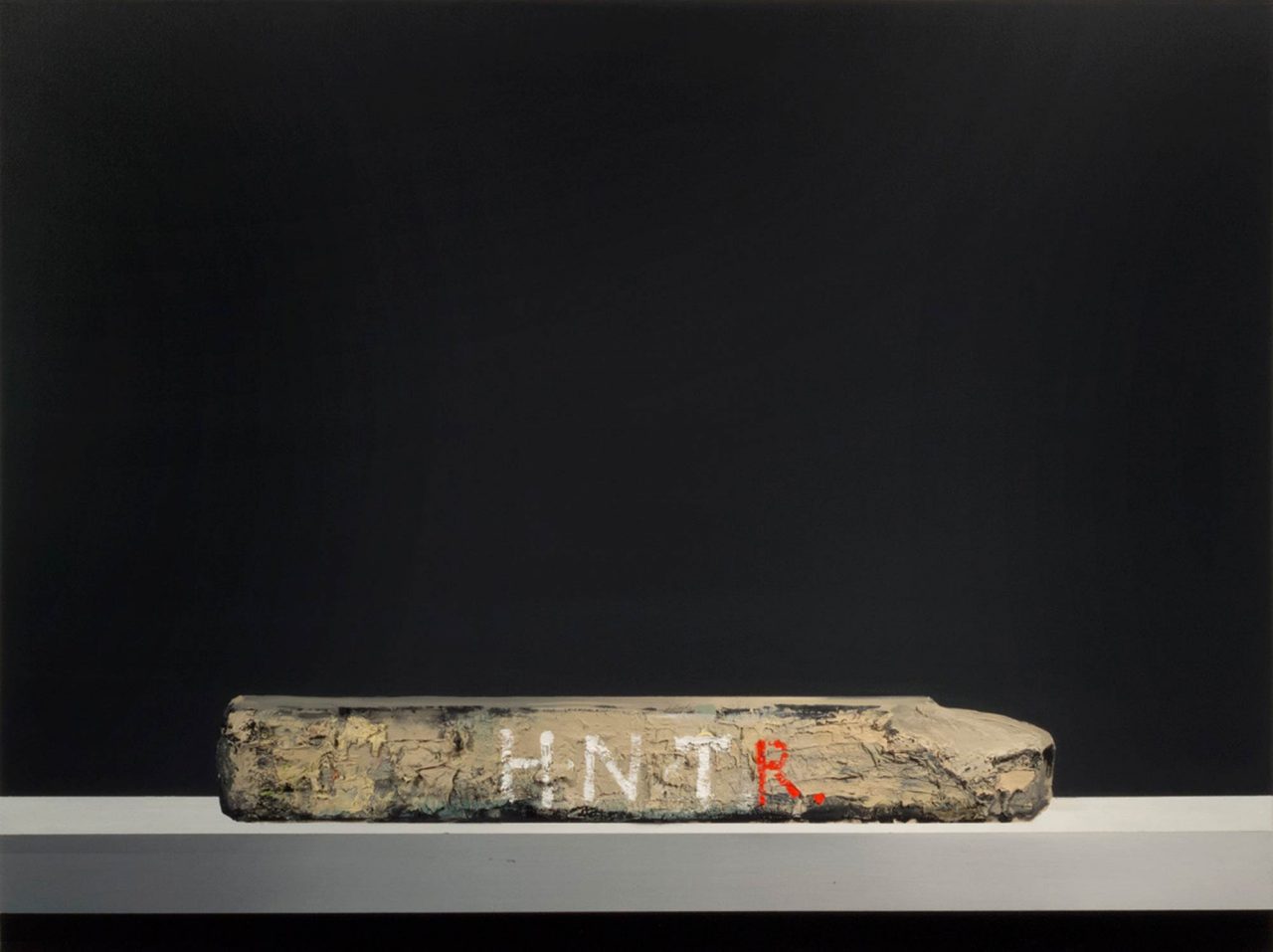 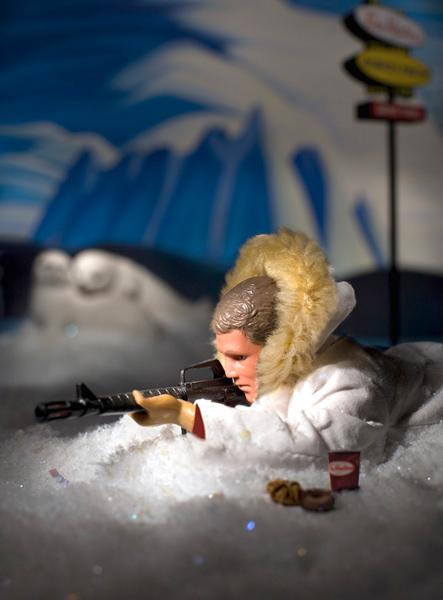 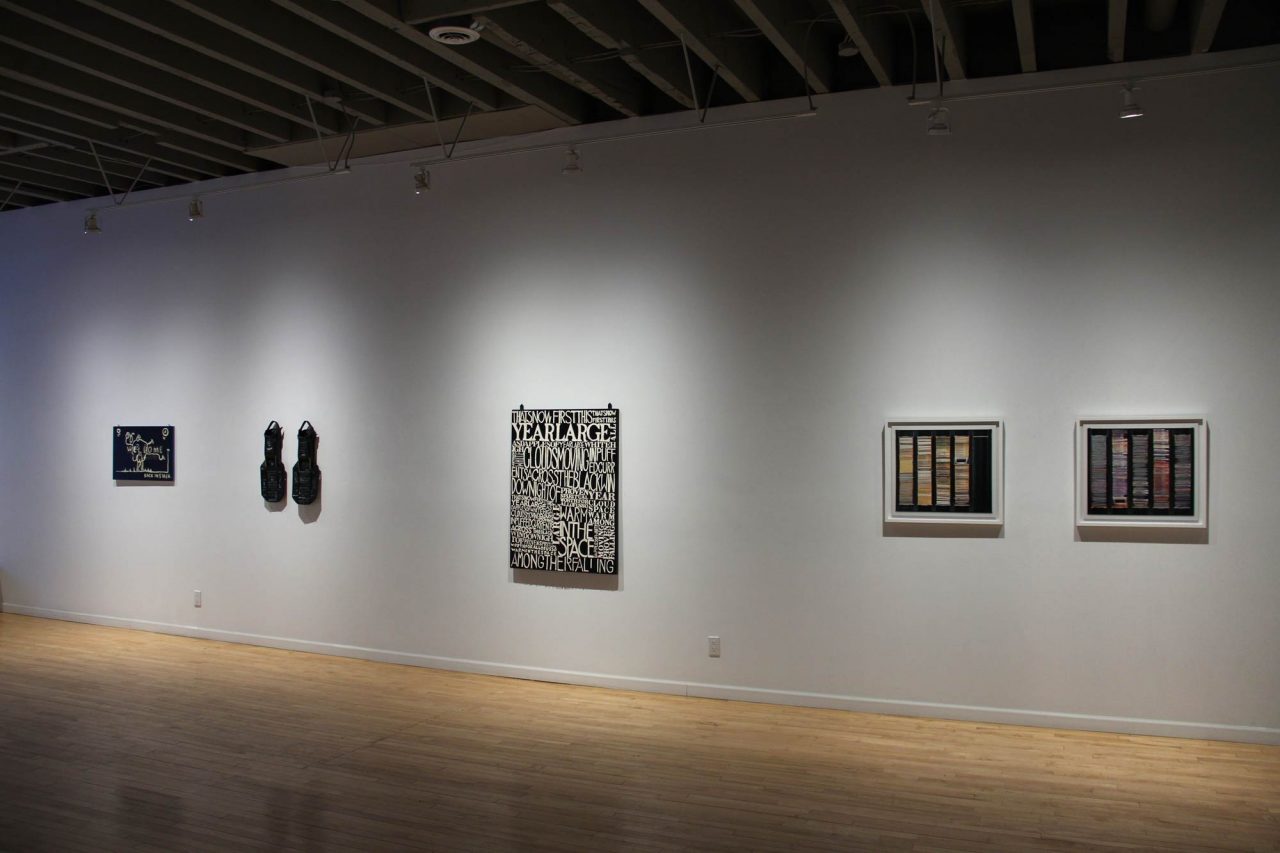 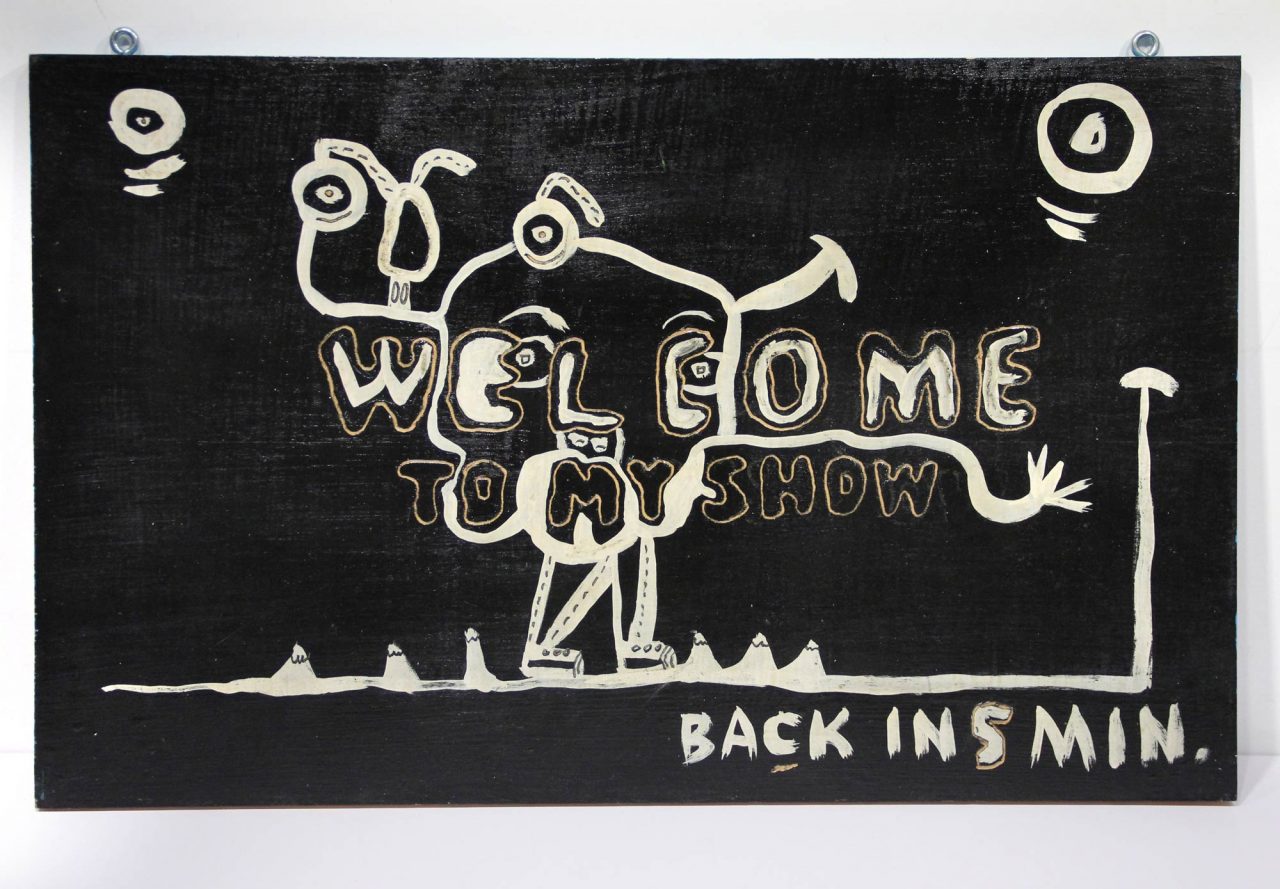 Jason McLean “Thank You Welcome To My Show” 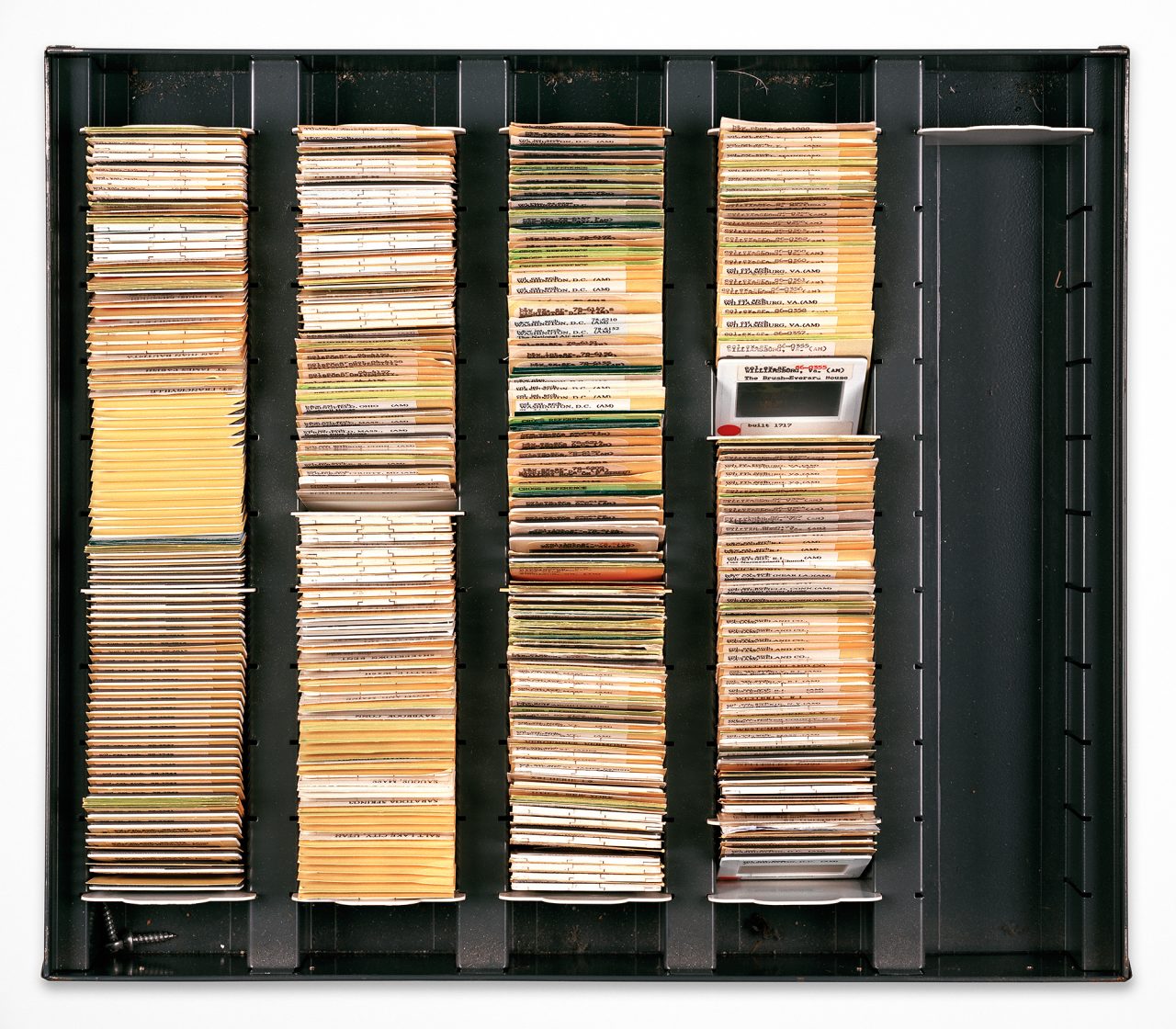 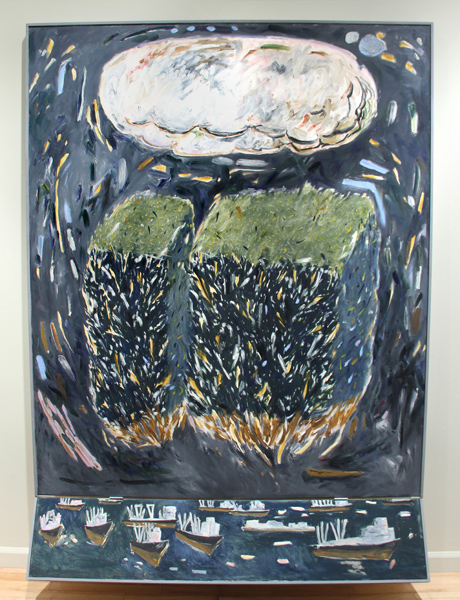 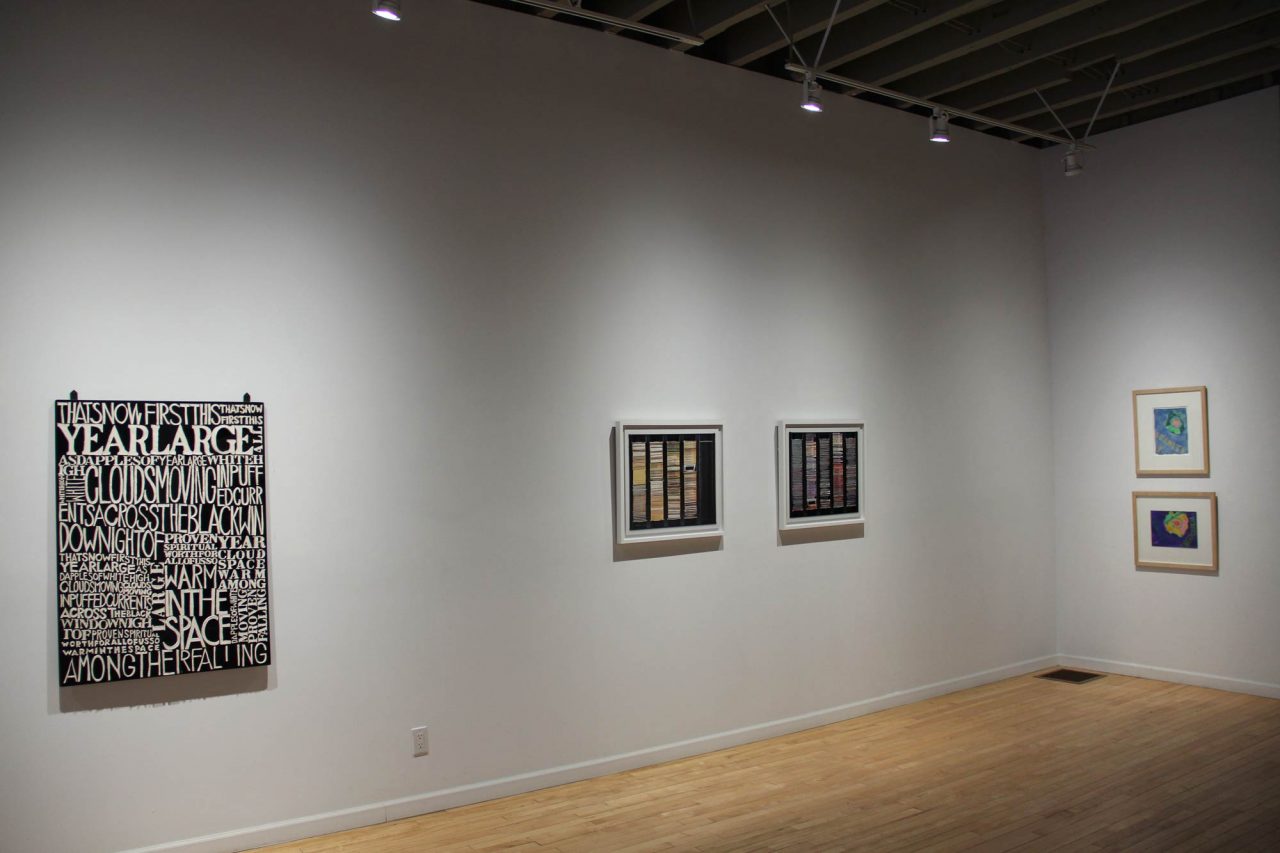 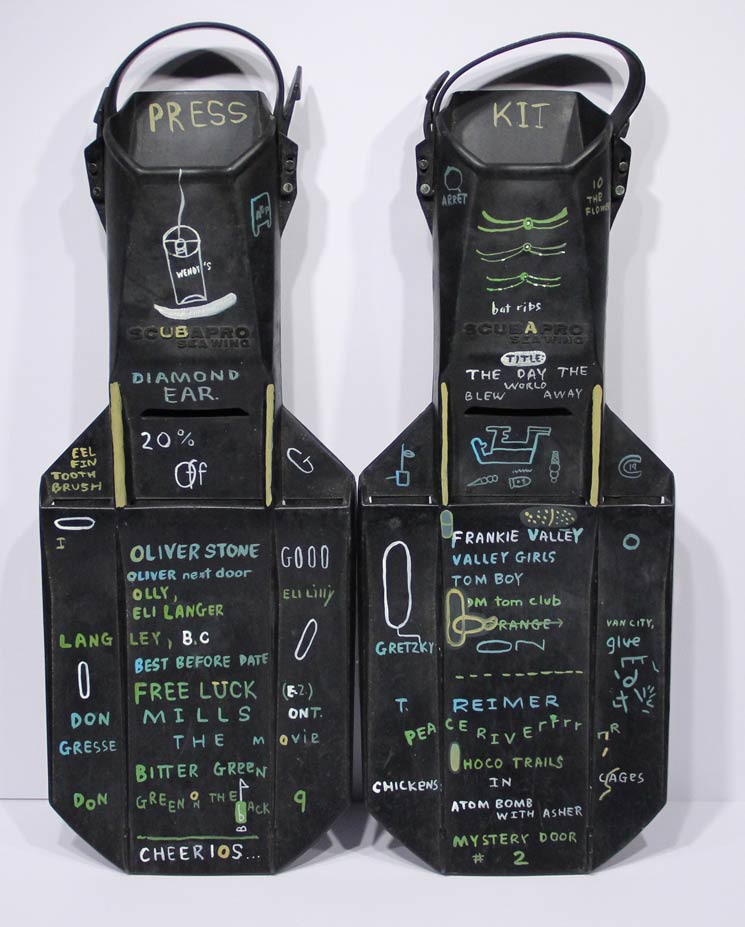 Jason McLean “The Day The World Blew Away” 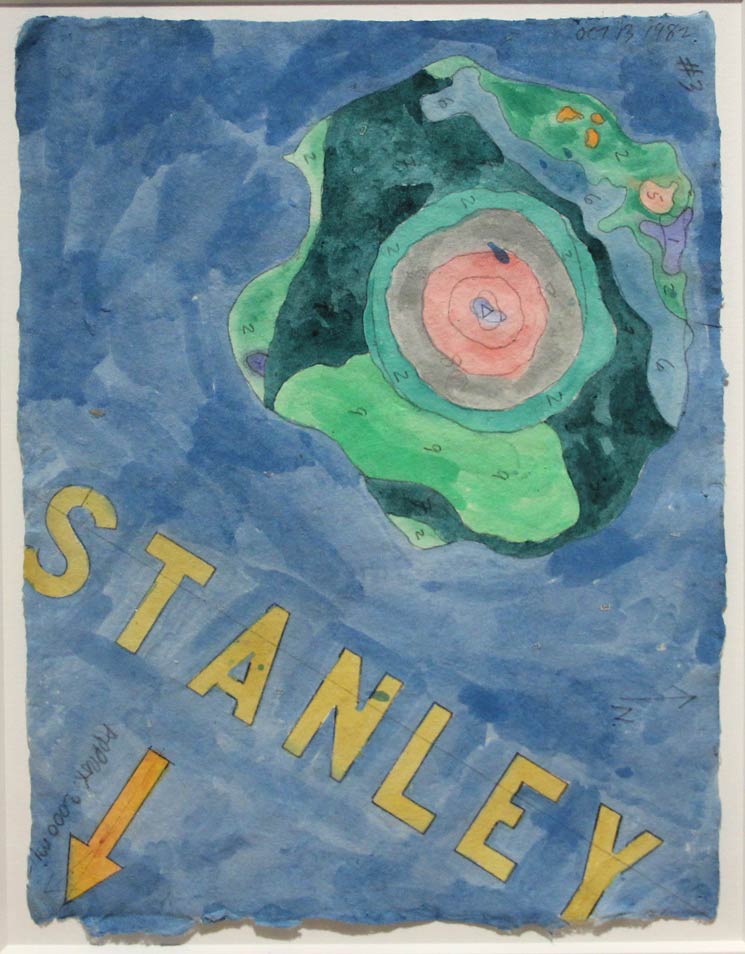 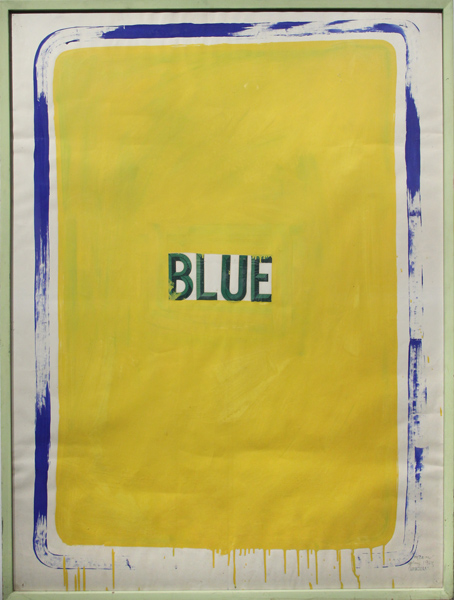 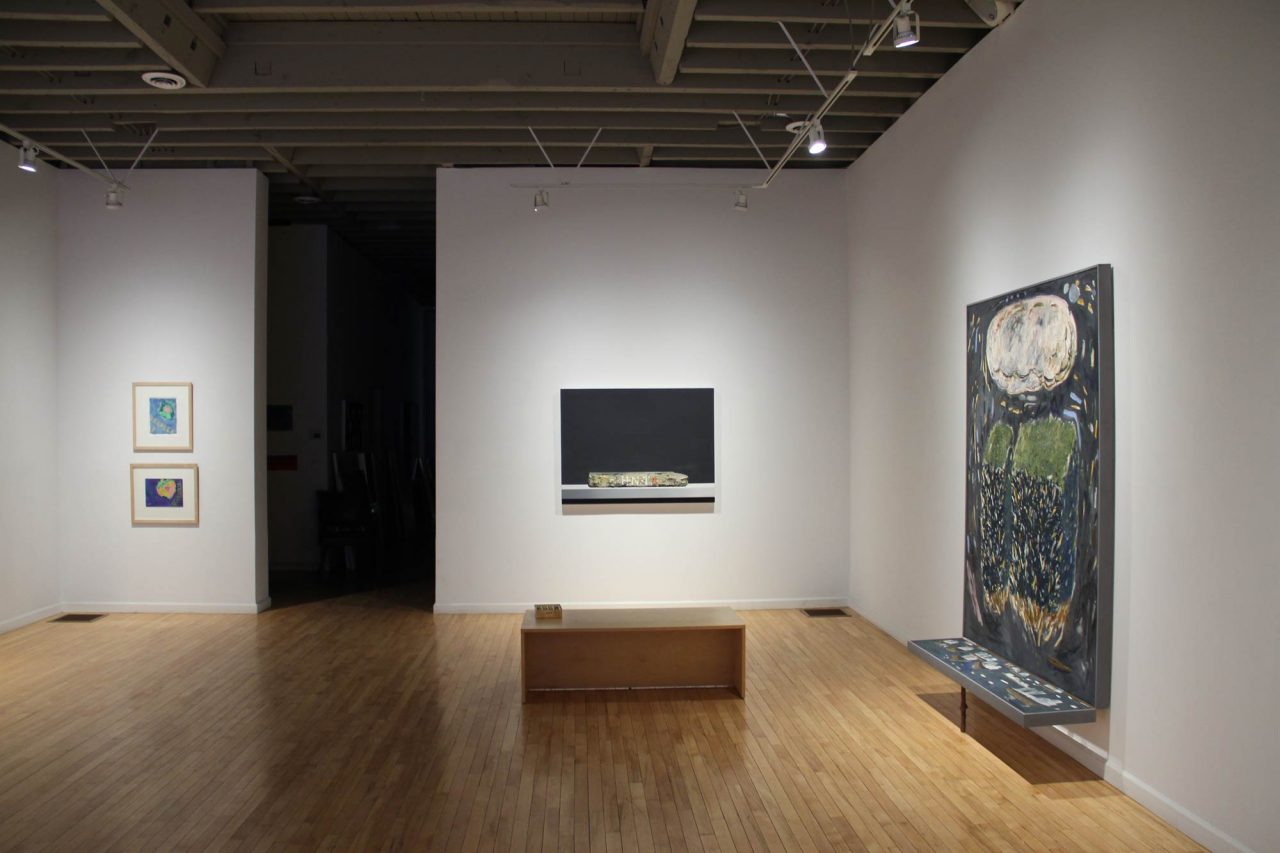 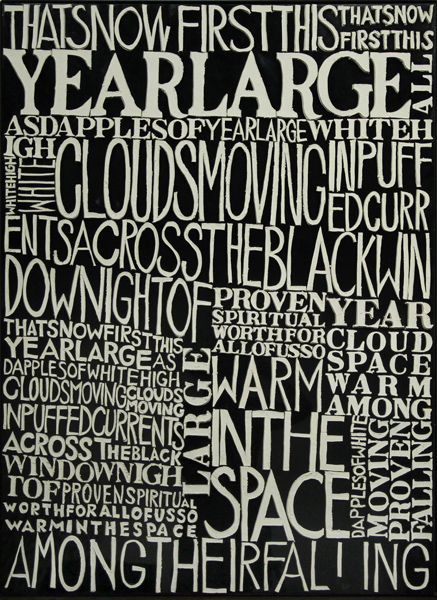 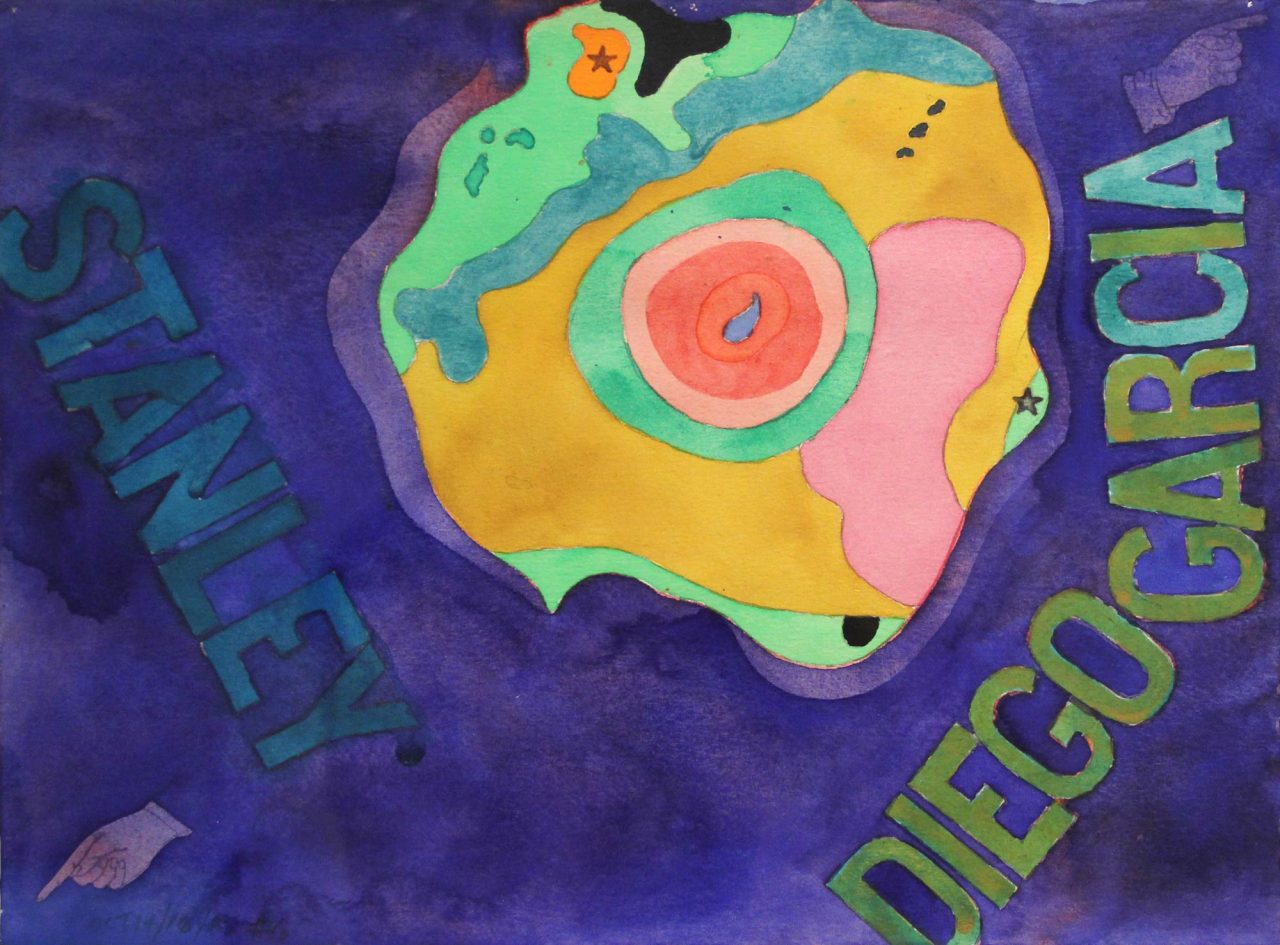 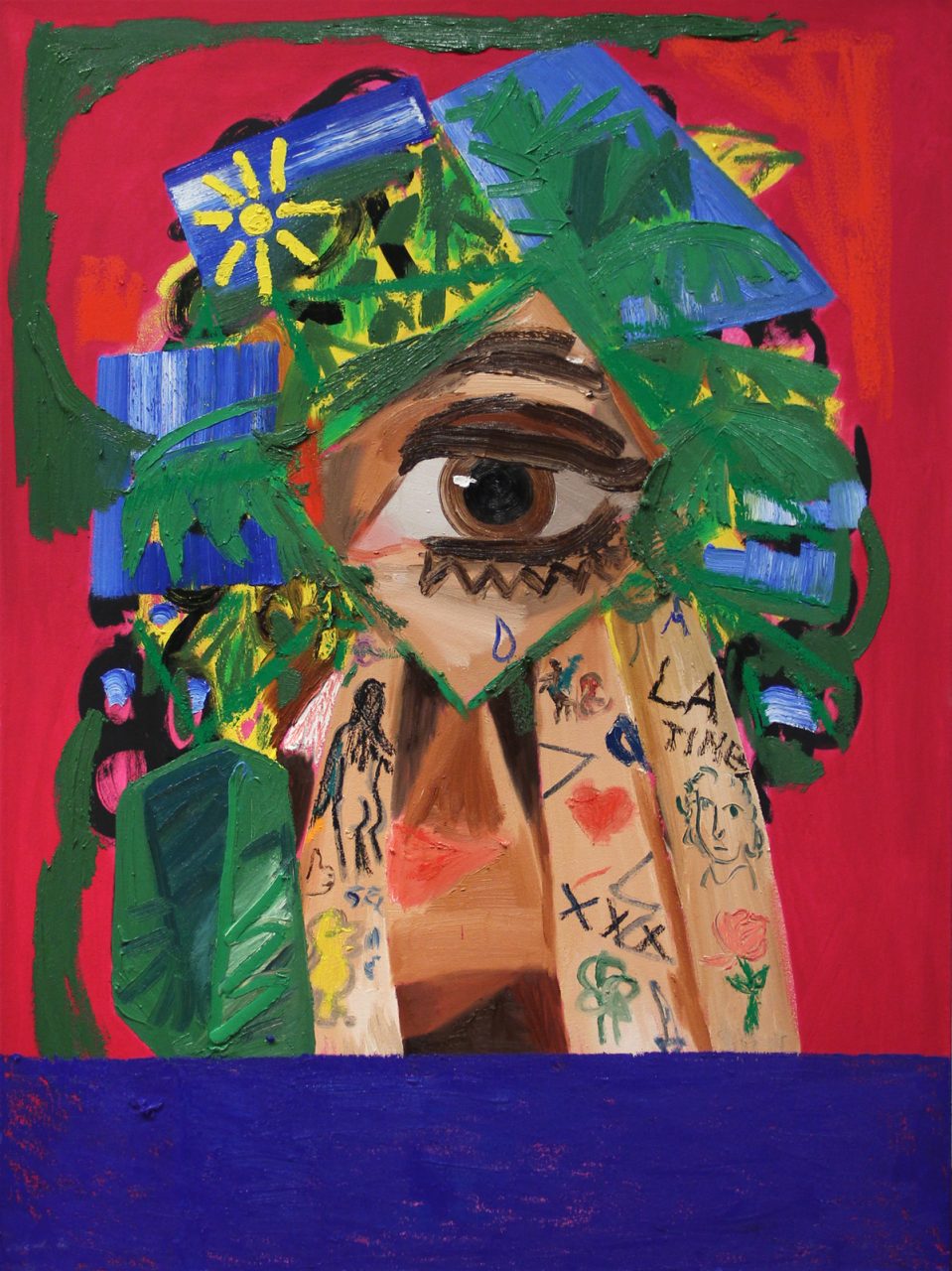 When I was selecting artwork for our January group show, I wanted to focus on art that contained the written word, specifically, in order to explore the use and purpose of the text.   Each of these artists have chosen to add text to their work.   The words convey a particular message: they describe, explain, add meaning and often add humour.  We are invited to both read and look at each work of art and soon realize that the absence of the text would change the meaning entirely.

We are welcomed to the exhibition by Jason McLean‘s sign that reads “Welcome to My Show. Back in 5 Min”.   The use of humour and wordy annotations are inseparable from Jason McLean’s work.  Known for his quirky observations of his surrounding environment, his welcome sign along with a pair of black flippers adorned with lists, exemplifies how text can change an object and provide insight into an artists’ personal history.

Margot Ariss and Greg Curnoe’s work are also eternally connected to the use of text.   Margot Ariss (1929 – 2013) worked as a sculptor and used clay letters to form intricate poems on panels, cubes and sculpted forms.  The 1970 wall sculpture included in the exhibition, “Fragments”, is composed of clay letters hand-cut into different sizes and organized vertically and horizontally on a sheet of black plexiglass.  It takes visual work to read the John Bruce poem.  Though, through the arrangement of the letters, Ariss reveals her intimate knowledge of the poetry and its connection to the visual image.  Greg Curnoe (1936-1992) used text continually in his work, through observations, lists and personal commentary.  His 1963 work on paper “Yellow” included in the exhibition also reveals how inextricably linked colour and words were for Curnoe.   On a painted yellow background, Curnoe has attached the word BLUE, made out of green plastic letters.  The work is a tongue and cheek play on our perception of colour and understanding of definitions.

Words are also used for descriptive purposes.  The letters written on Ufuk Geuray‘s painting of a lithograph stone, “HNTR”, are a way to identify each stone in his collection.  The addition of the letters on this particular stone imparts a specific personality or character, an homage perhaps.  From a distance, Susan Dobson‘s birds-eye-view photographs of stacked objects are unidentifiable.  It isn’t until close reading, that you understand that each photograph captures individual slides organized in identical metal drawers.  There is a humanity to the written & typed words on each slide.  Each slide has been carefully categorized and labeled, sorted into each thematic drawer which provides greater meaning to its history.

Like Gueray and Dobson, Gathie Falk’s painting from her Hedge and Cloud series (1989-90) is both image and text.  In the top section of the painting, Falk paints two bulky hedges from her garden underneath an expressive cloud.  Through the hedges from her east Vancouver studio she was able to see out to English Bay.  The bottom section of the painting juts out and is anchored by a branch.  The words “There are 11 Ships and a Barge in English Bay” are hand-written in the bottom corner along with paintings of 11 ships and 1 barge, the visual recording of how many ships Falk could see on the day of the painting.  Not normally associated with text in her artwork, Falk’s painting is a symbolic protest, better emphasized by the use of the words.

Diana Thorneycroft uses logos and pop-cultural references in her photograph “Lake and Mountains with Double Double”.  The Tim Horton’s sign looming in the background and the conveniently placed “Double Double” coffee and two glazed donuts are definitely out of place in the Canadian Arctic.  Thorneycroft adds them to her scene, however, to emphasize the point that, as Canadians, we are very rarely far away from our modern conveniences.  Without the Timmy’s coffee cup, the image would simply be Ken on a wilderness adventure witnessed by two amorous seals – still funny, though less poignant.  Less overtly, Erik Olson, uses pictograms and text as a tattooing device in his portrait painting of “LA Woman”.   We recognize the signs that Olson has chosen: a heart, palm tree, rose, rearing horse, nude woman and sailboat.  Each mark adds to the persona of the sitter and adds to the layering effect – or mask – of the painting.