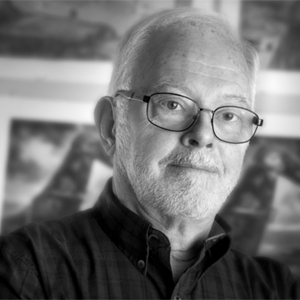 David Blackwood (born in 1941) is considered one of Canada’s leading printmakers who has spent the past six decades depicting dramatic landscapes, historical narratives and legends of outport life in Newfoundland.

Born in the outport community of Wesleyville, NFLD, Blackwood received a scholarship to attend the Ontario College of Art in Toronto. It was here that he learned the printmaking techniques and processes that he used throughout his whole career. He also devoted himself to telling the story and histories of the life and people of Newfoundland. His first etching, The Search Party (1963), was selected and purchased by the National Gallery of Canada, which was a tremendous achievement for such a young artist. After graduating in 1963, he became Art Master at Trinity College School in Port Hope and remained there, teaching part time, until 1988.

Countless private, corporate and public collections own his work including the Art Gallery of Ontario, Uffizi, Italy and Her Majesty the Queen.

David Blackwood’s etchings are rooted in an oral narrative tradition based on the social values of Newfoundland. Each image illustrates a specific story and conveys his strong connection to the Newfoundland landscape and people. His contrasting use of colour and refined etching technique make David Blackwood’s art unique and visually powerful. Images of mummers, shipwrecks, the seal hunt, fisheries and resettlement histories are common themes. “Fire Down on the Labrador” remains his most popular image.

MGG specializes in the acquisition and sale of artwork by David Blackwood.  If you own a David Blackwood and would like assistance in determining its value, please contact Michael directly HERE or call 519.439.0451. 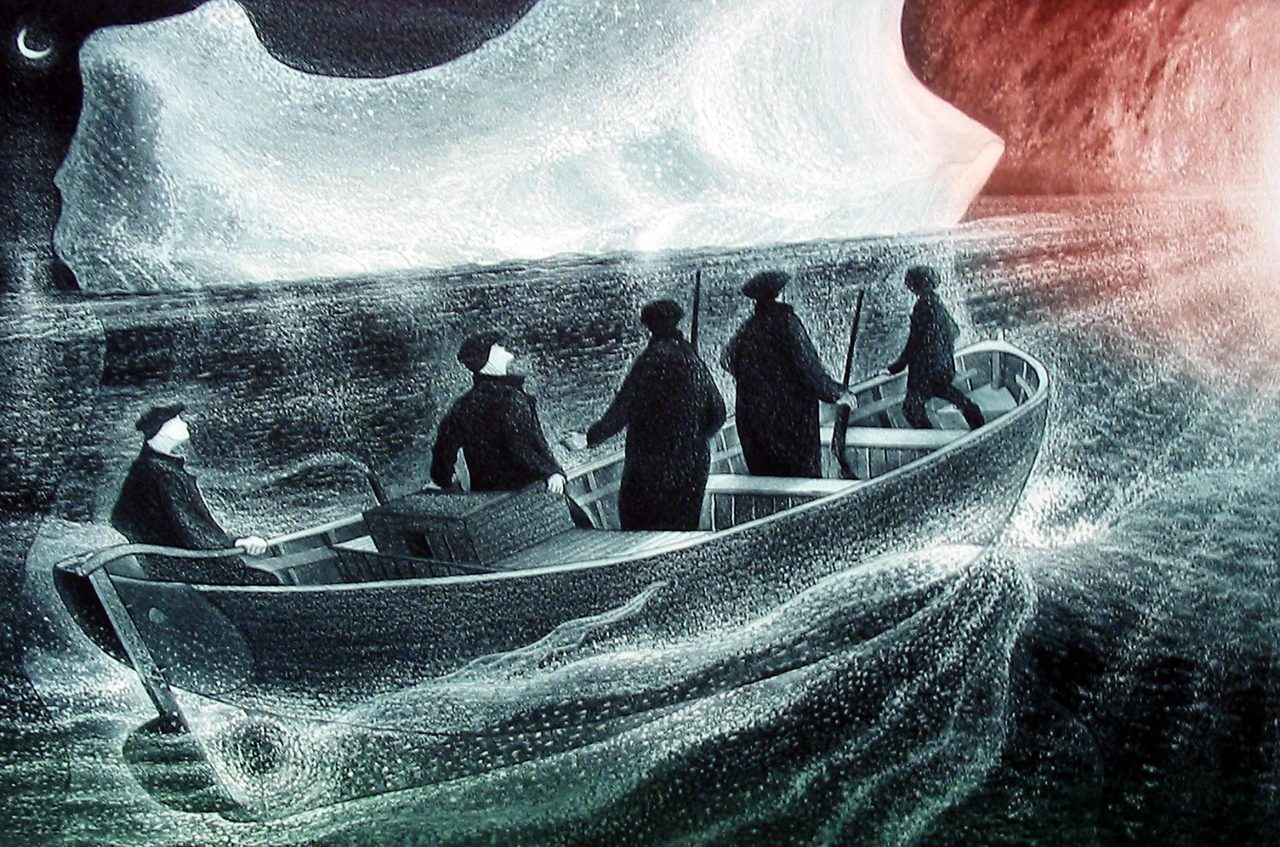 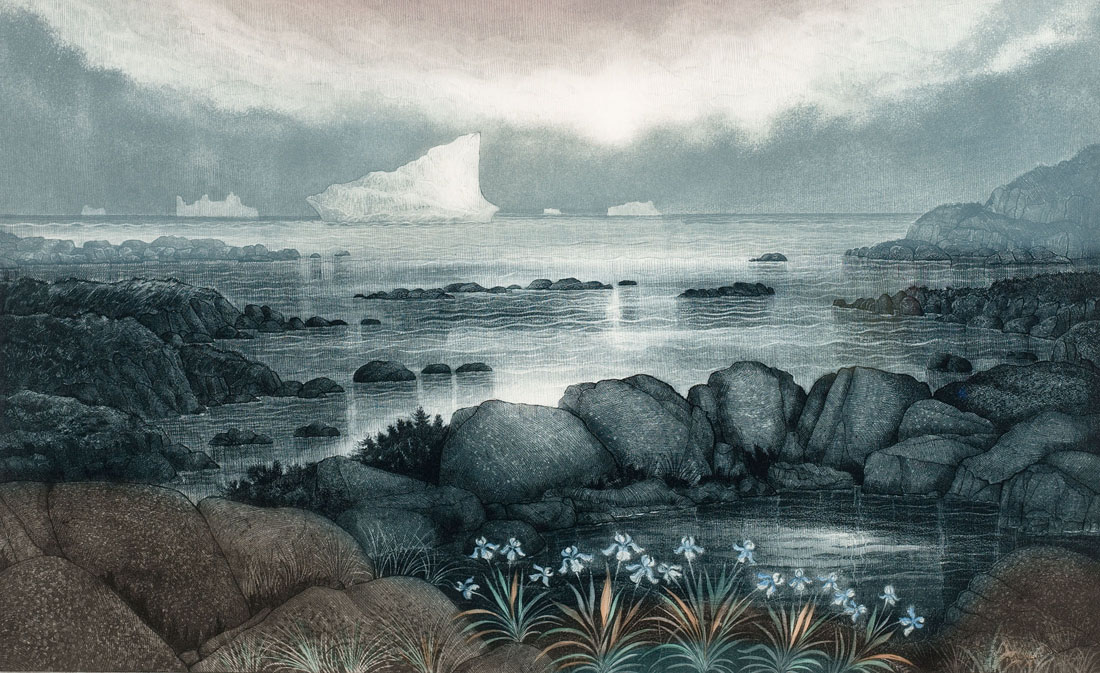 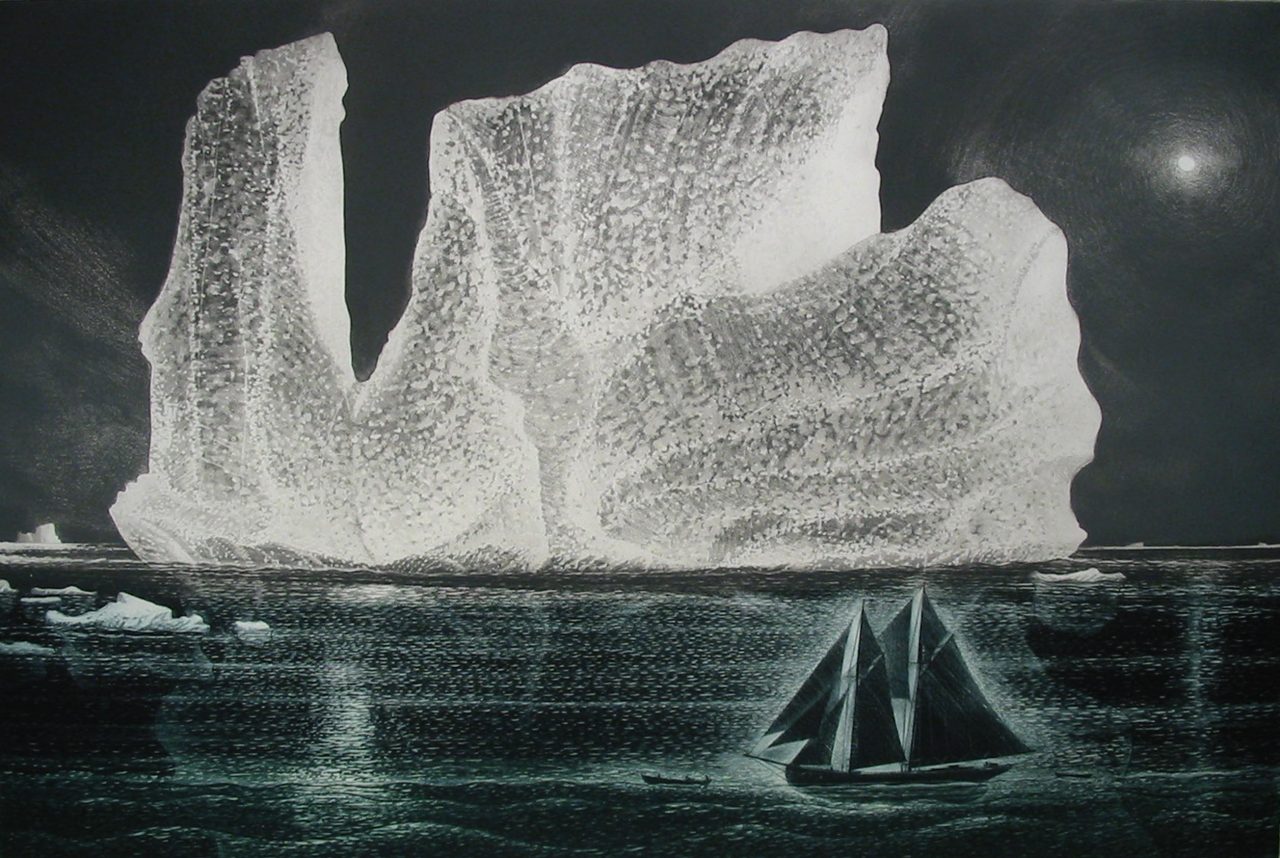 Down on the Labrador: Towing the Nickerson, 2004

We are deeply saddened by the passing of Canadian artist David Blackwood (1941-2022). 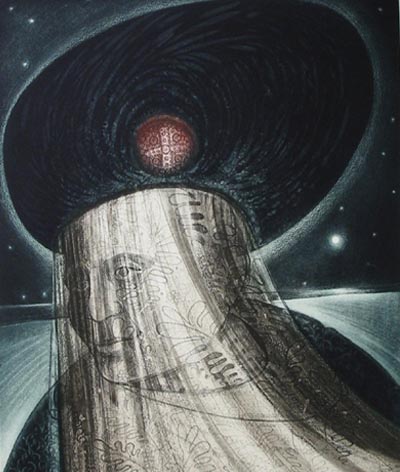 Newfoundland Mythmakers in Word and Image 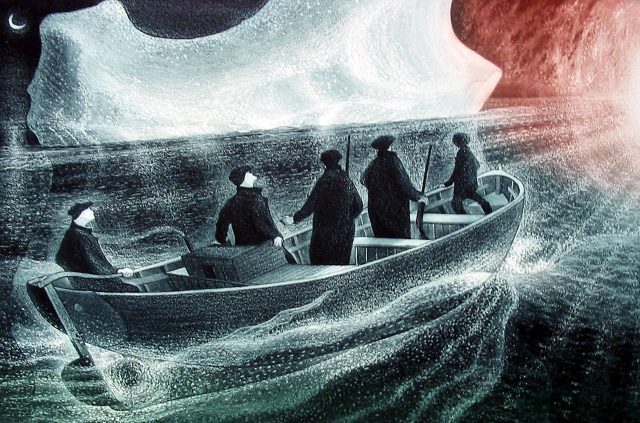 David Blackwood Finally Gets His Moment in the Sun 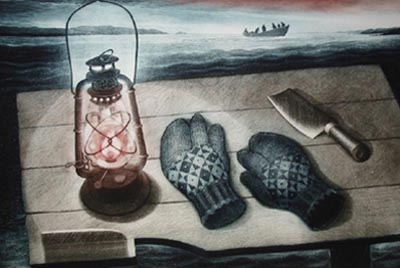 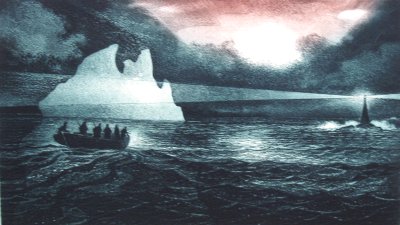 This National Film Board short film studies the works of one of Canada's greatest contemporary etchers - Newfoundland-born David Blackwood.

David Blackwood gives a tour of his studio.  Produced by White Pine TV. 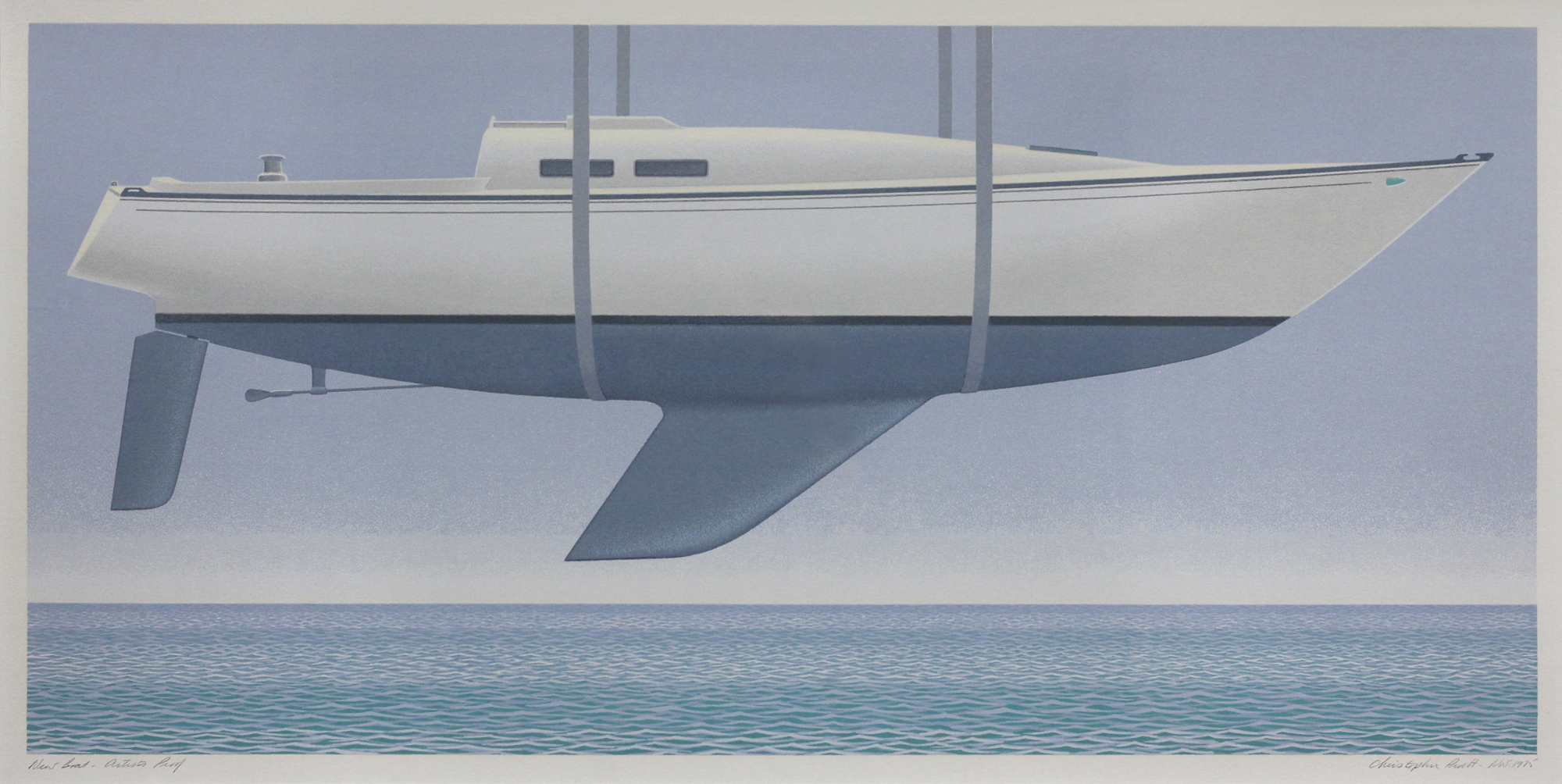 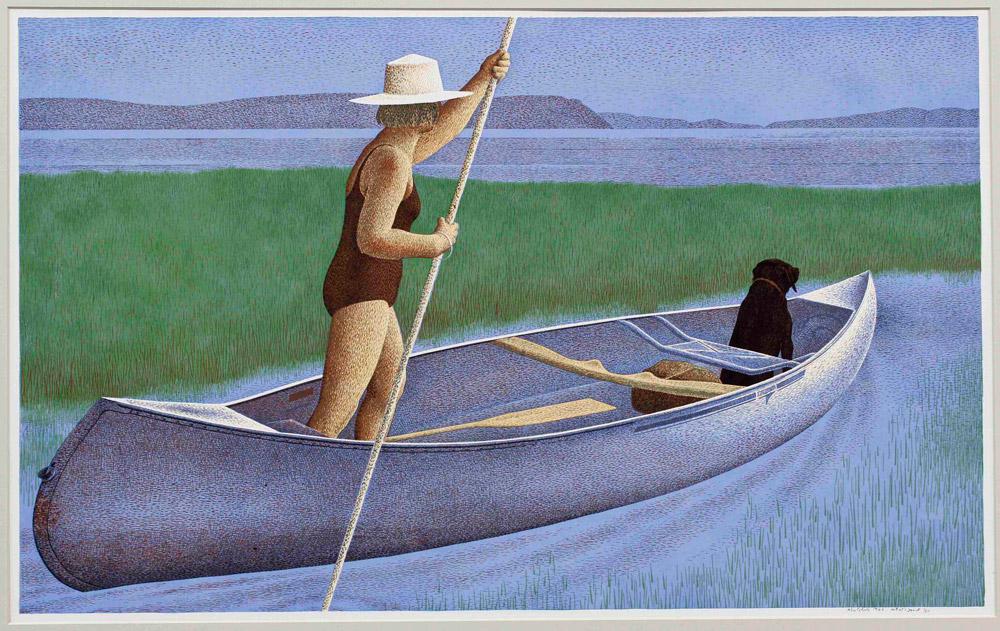 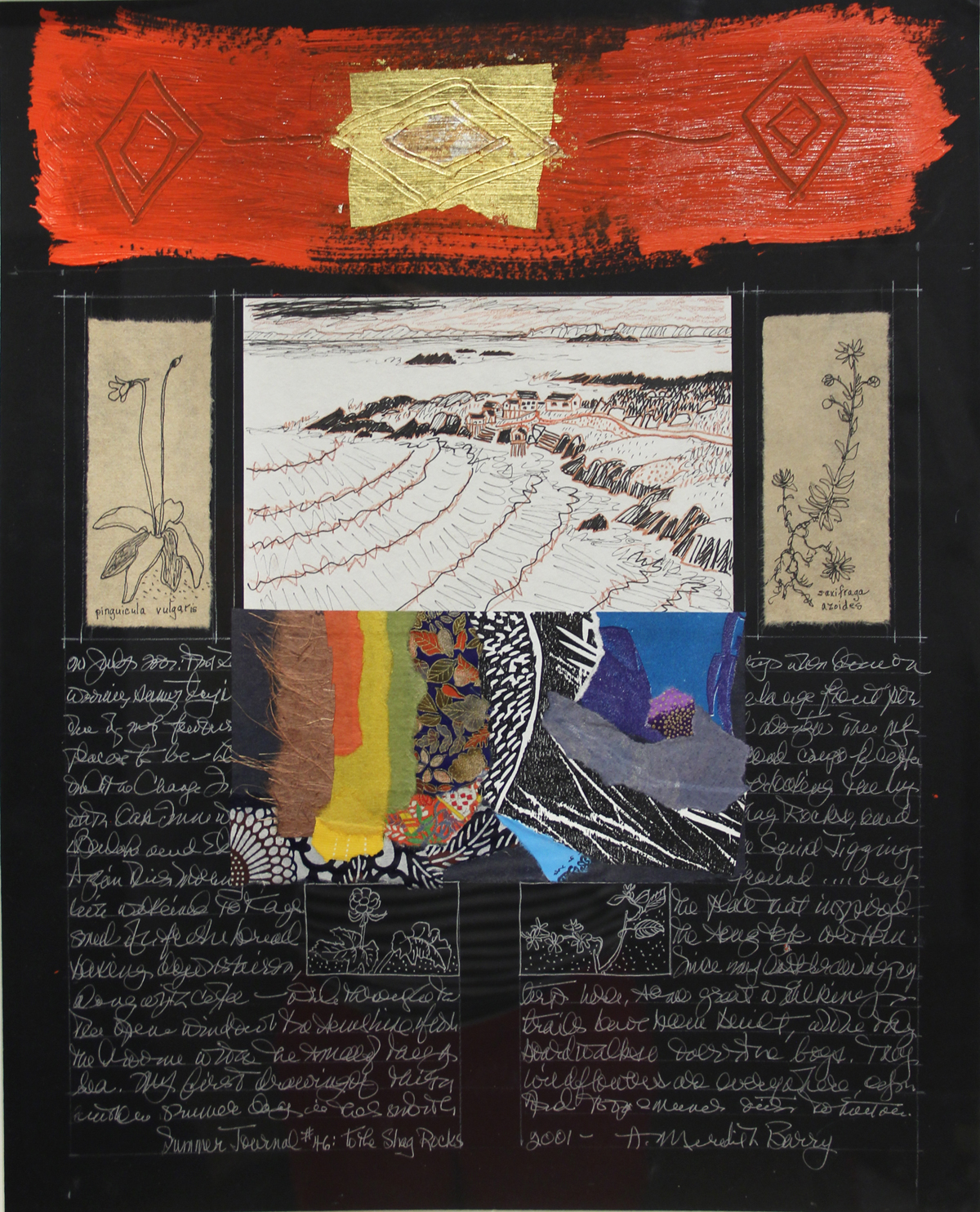