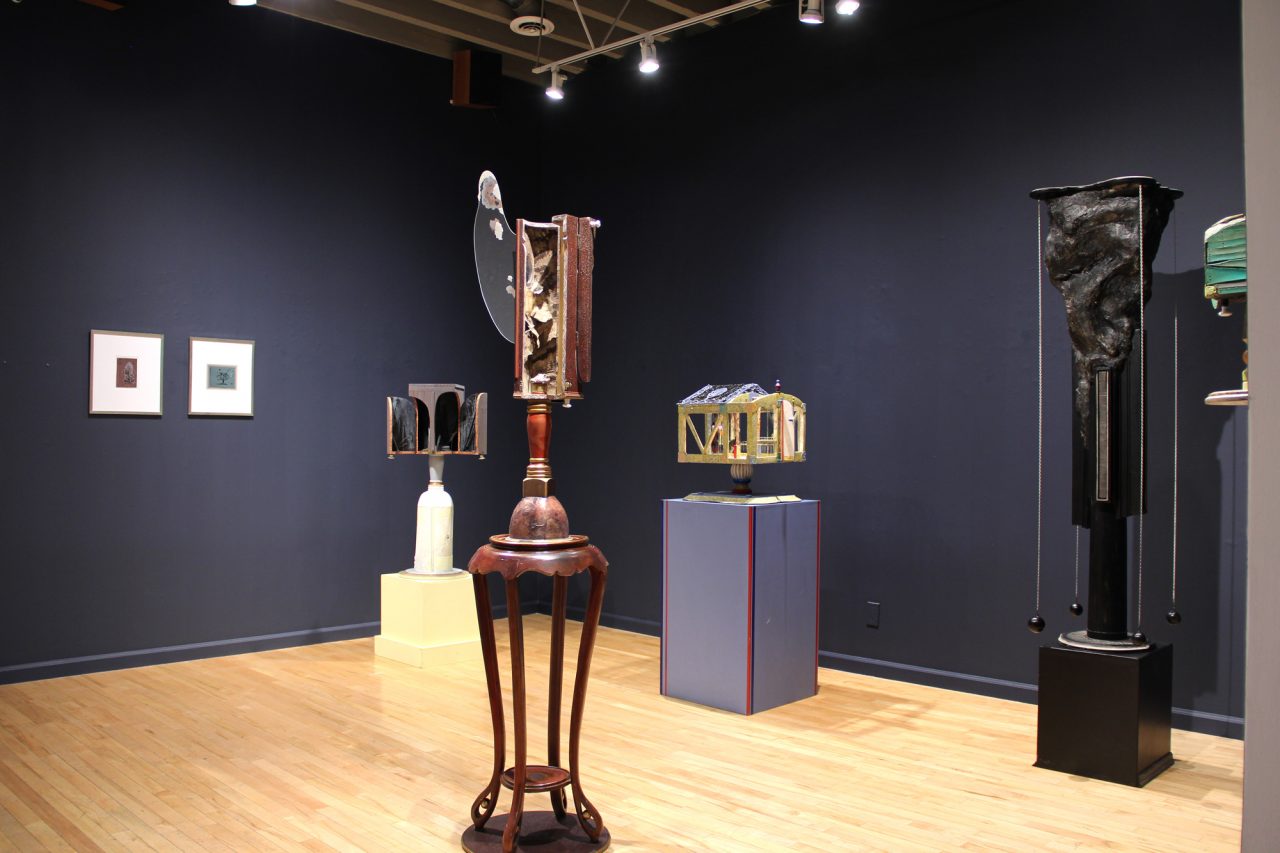 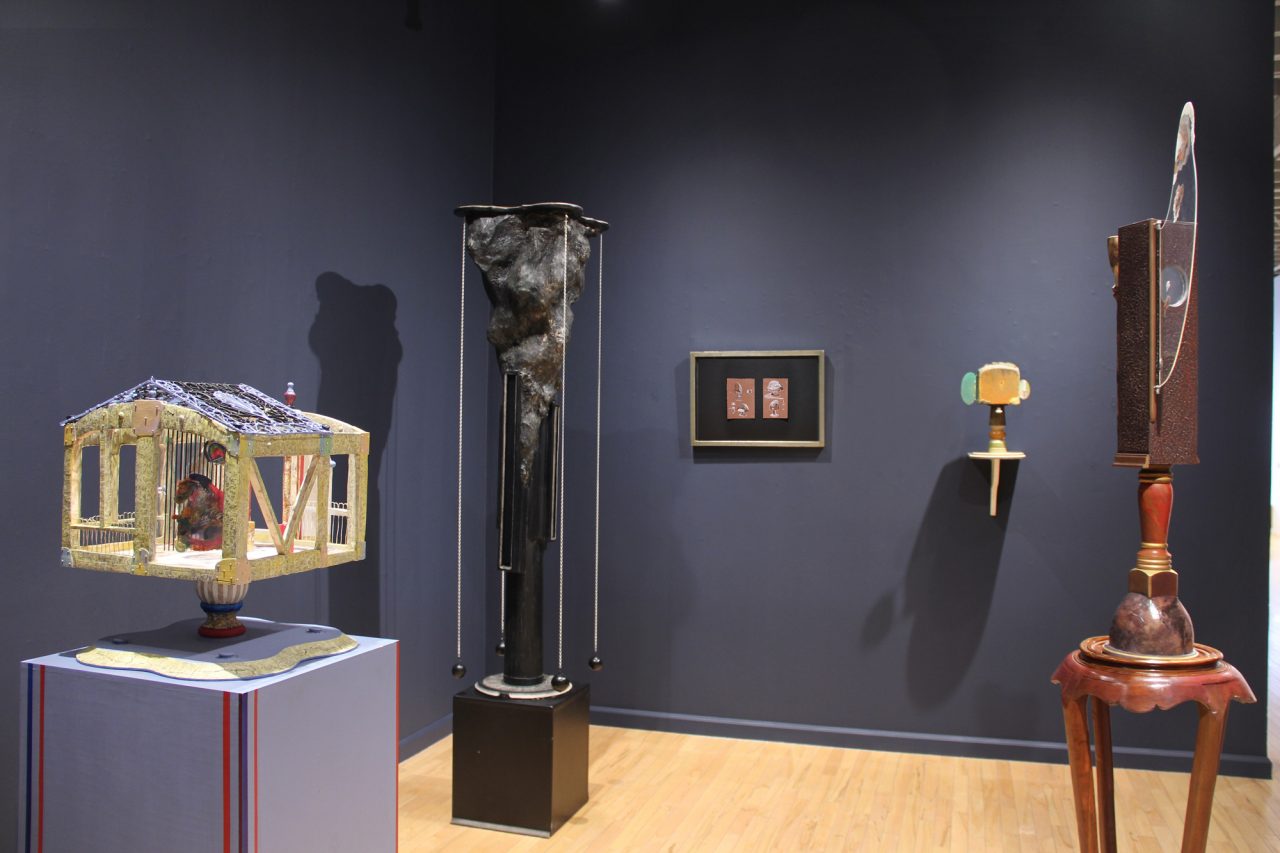 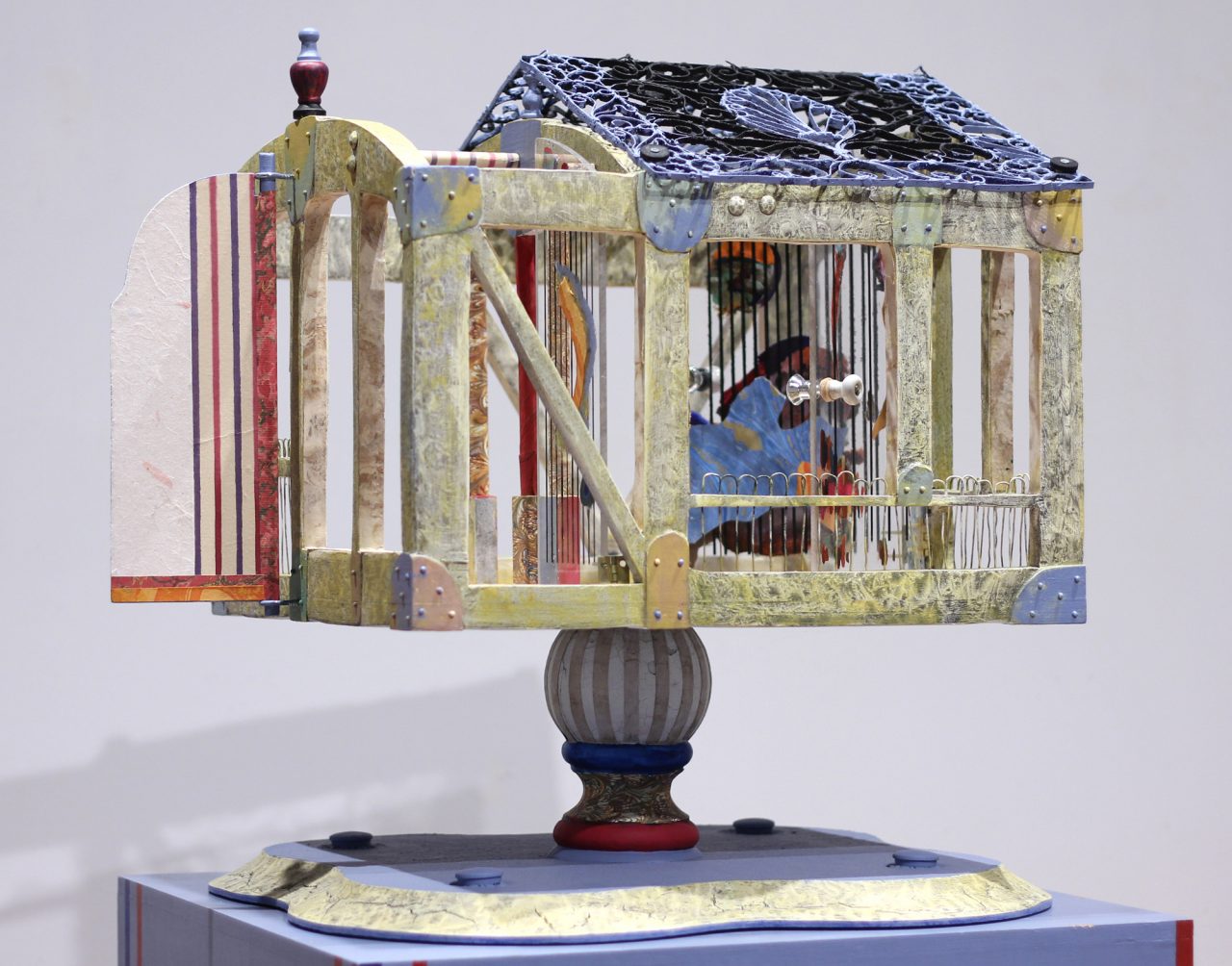 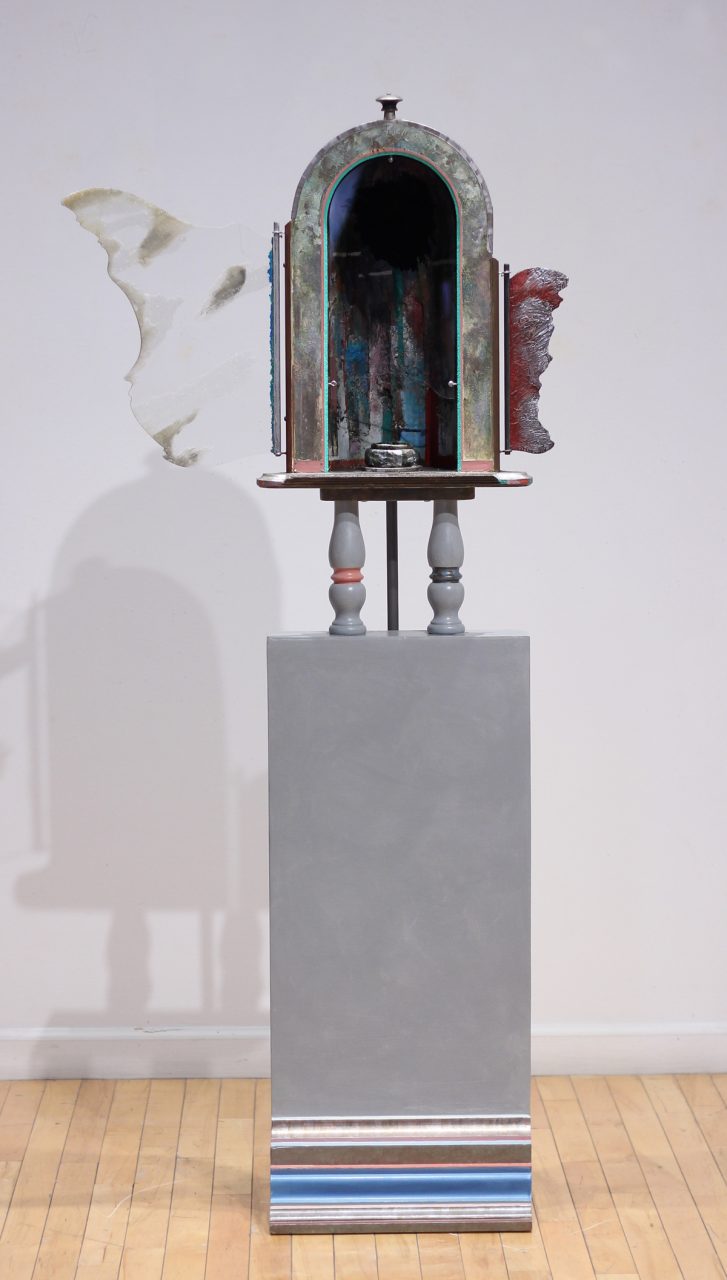 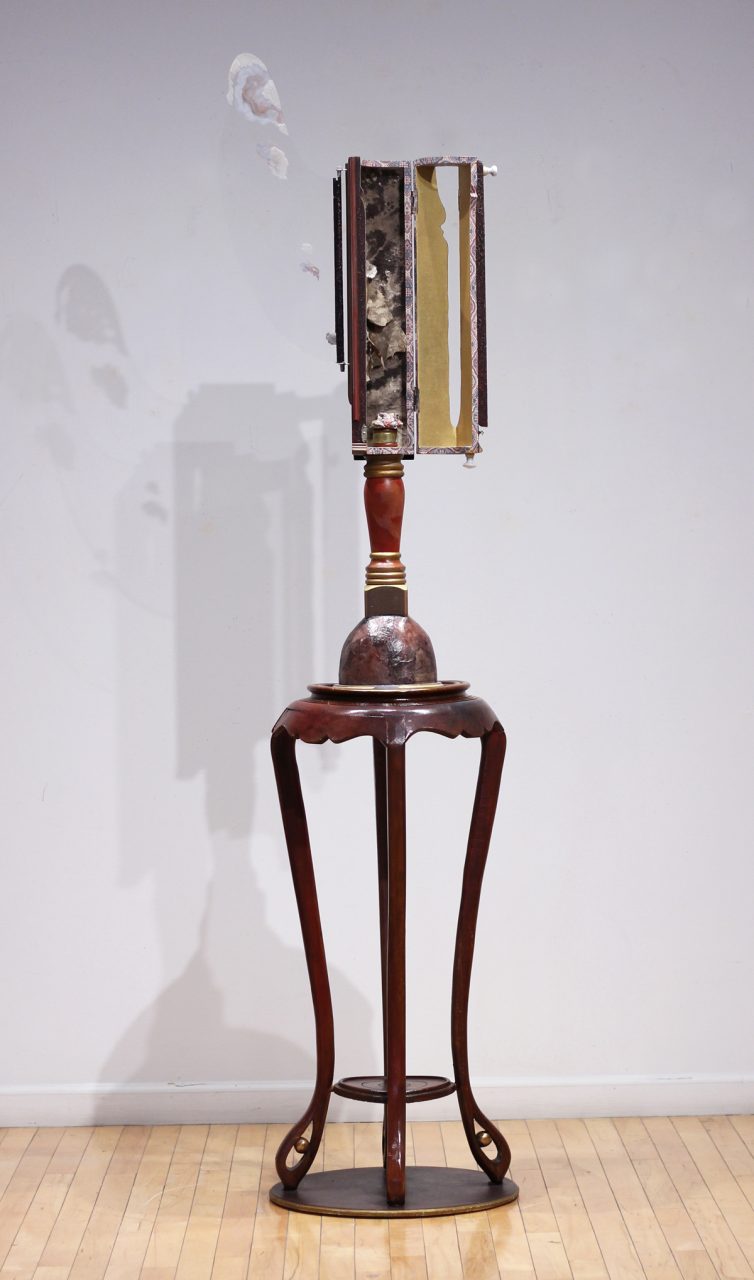 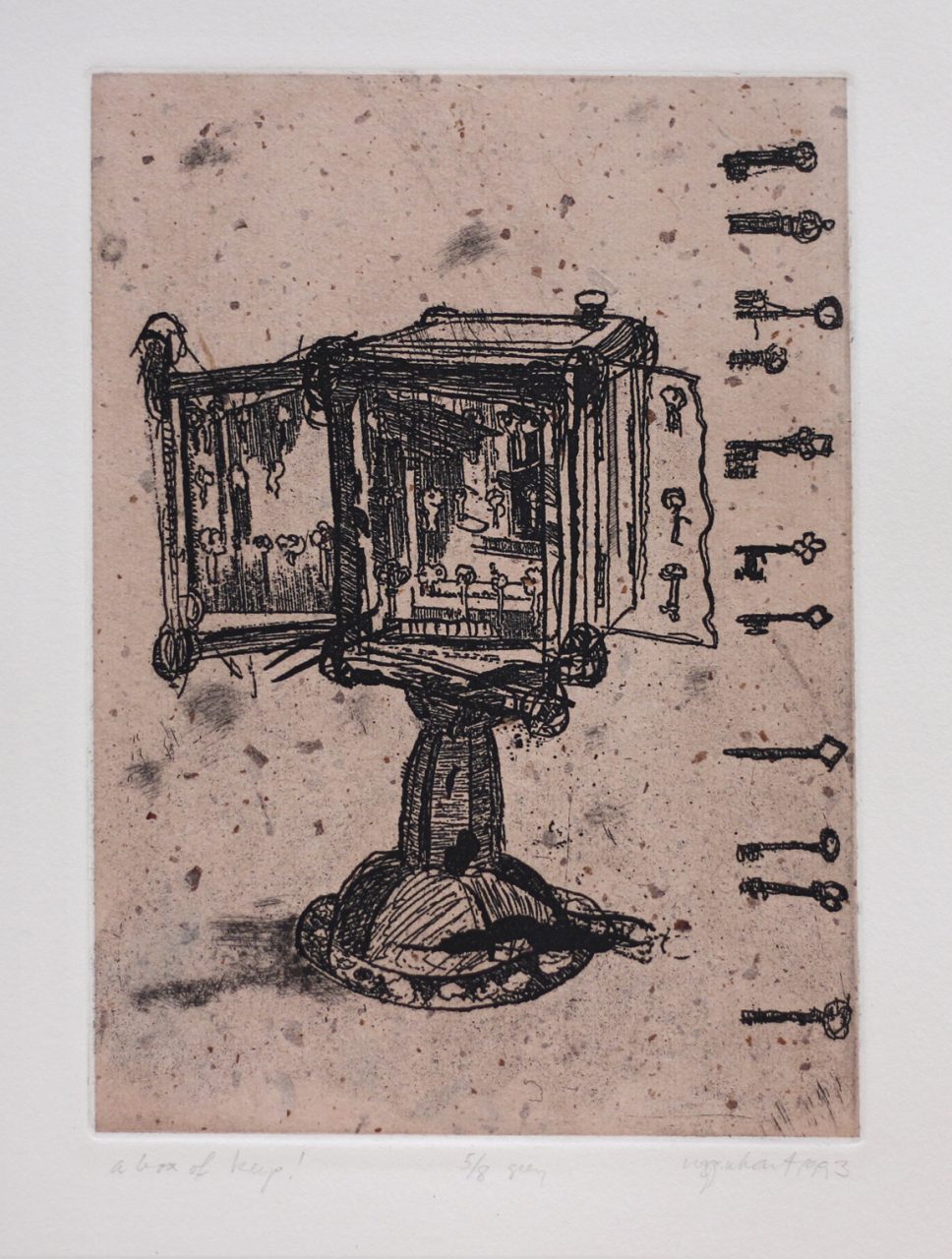 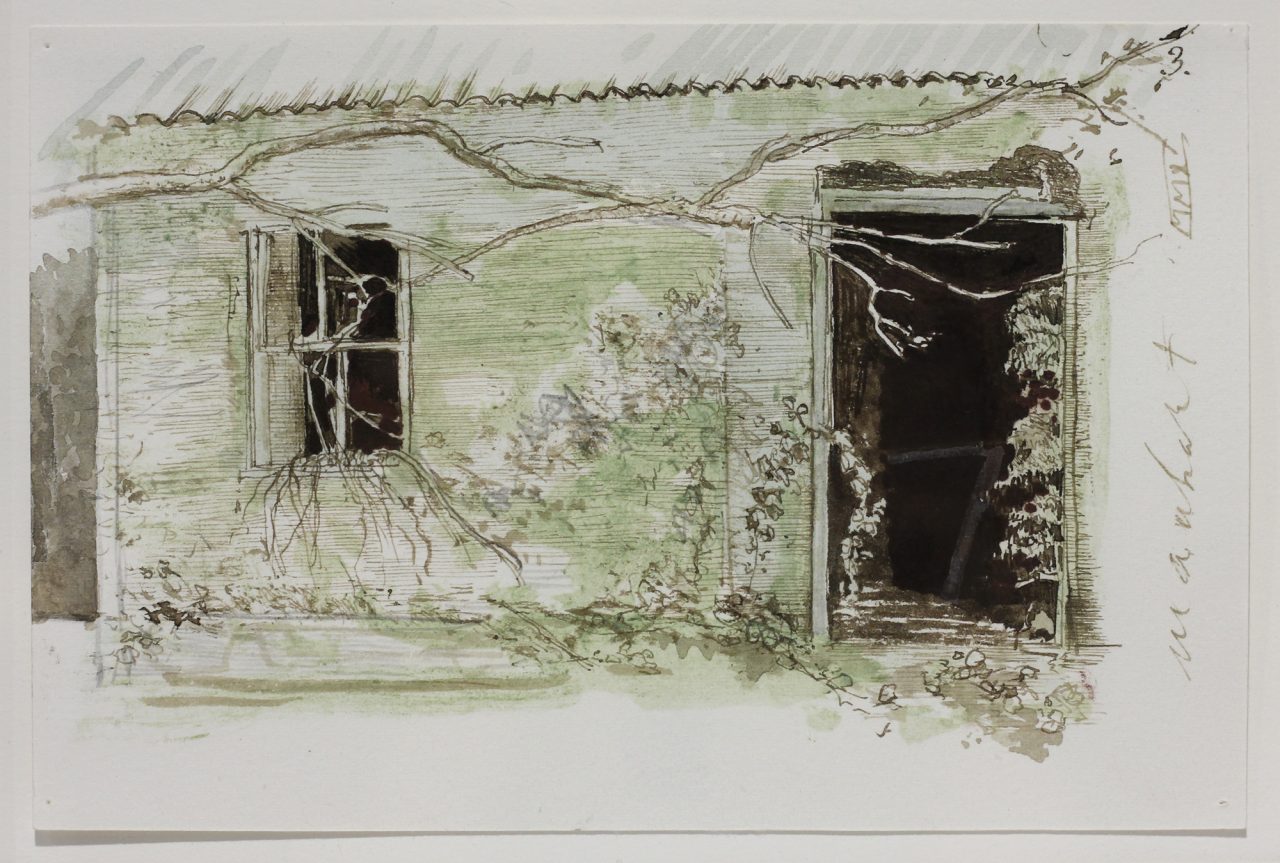 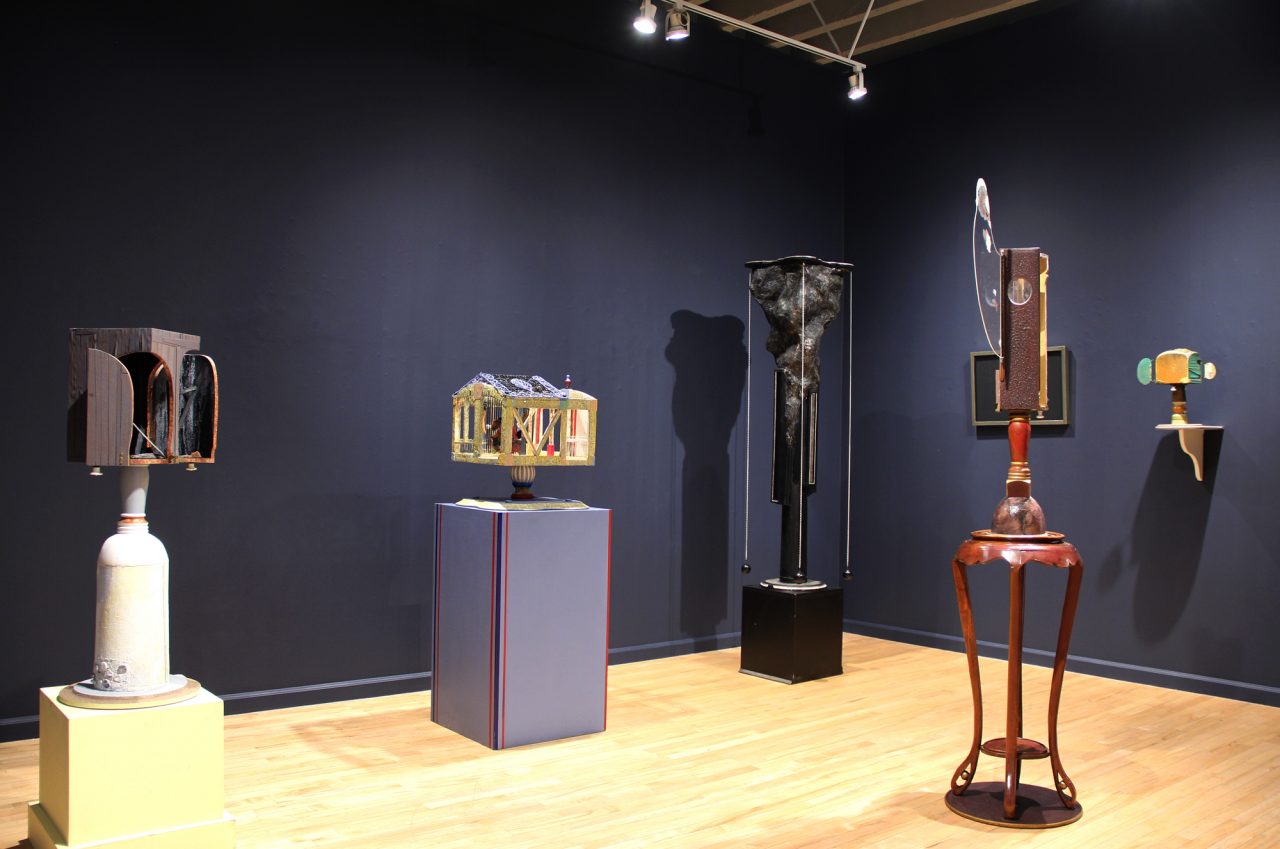 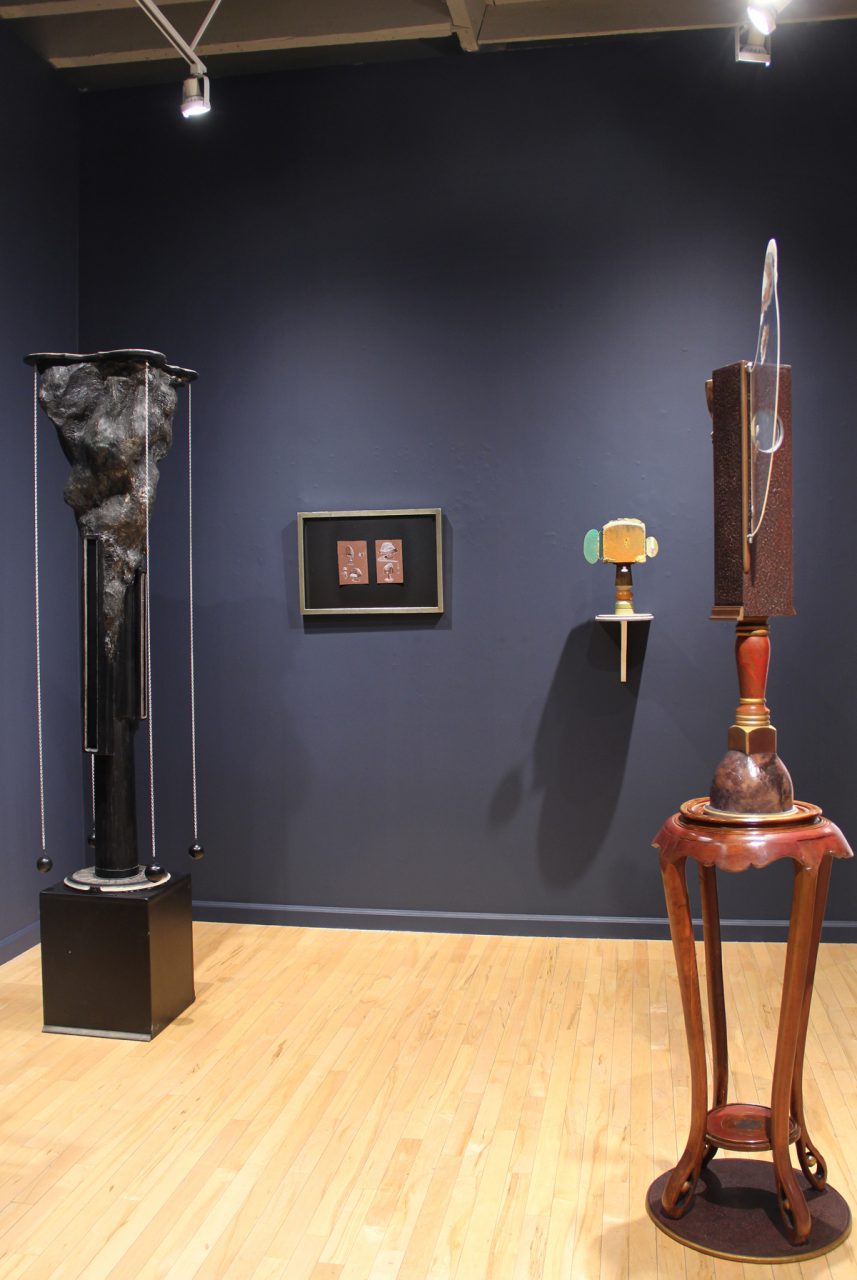 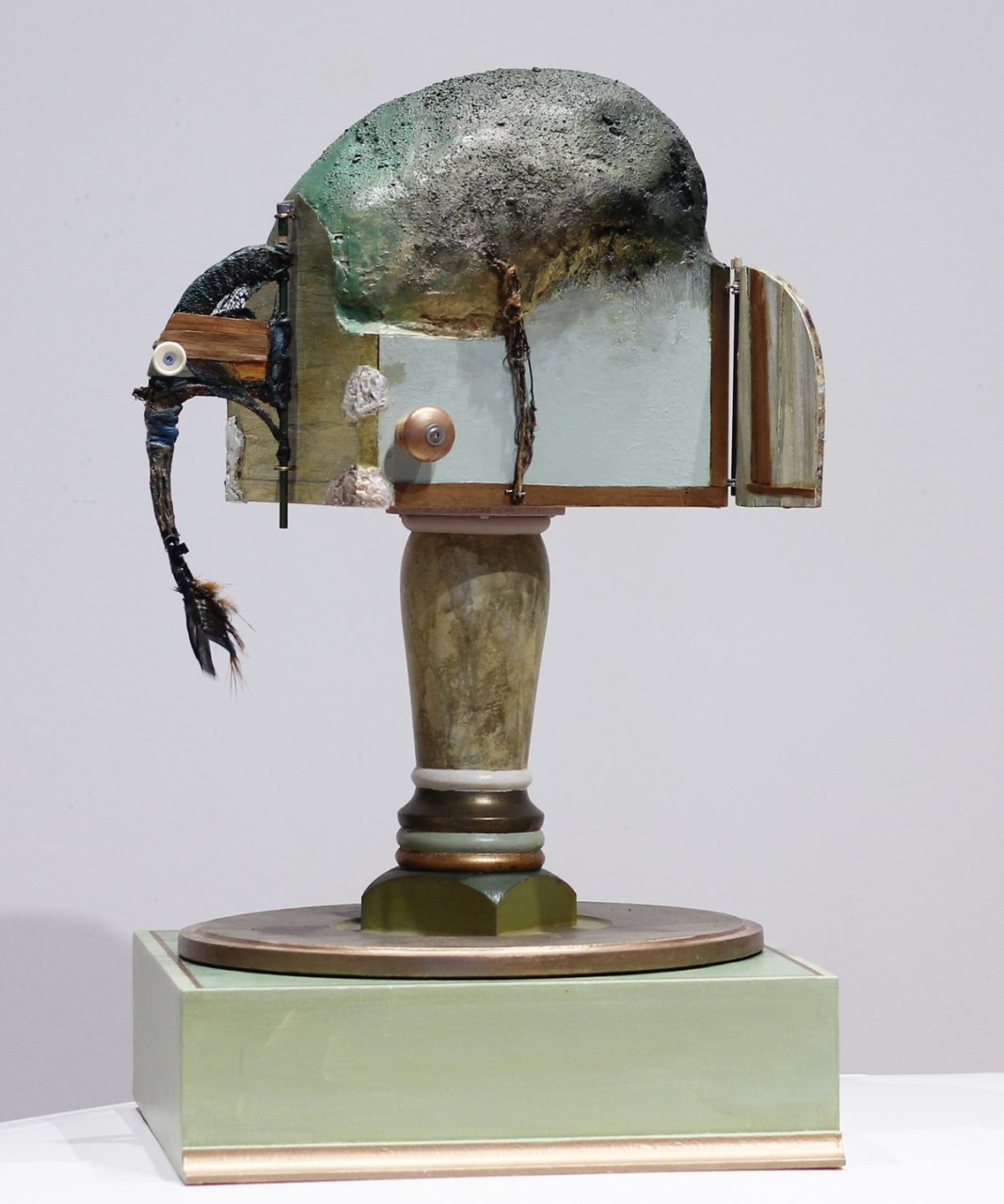 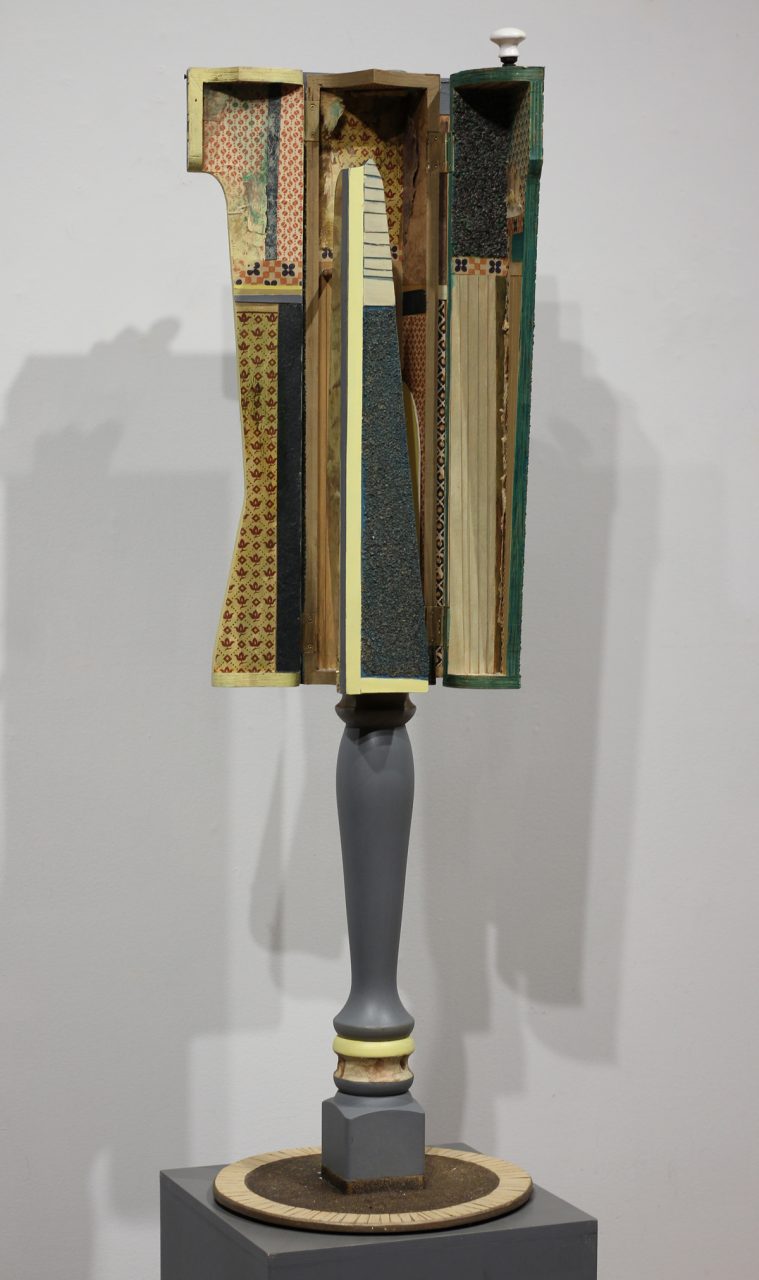 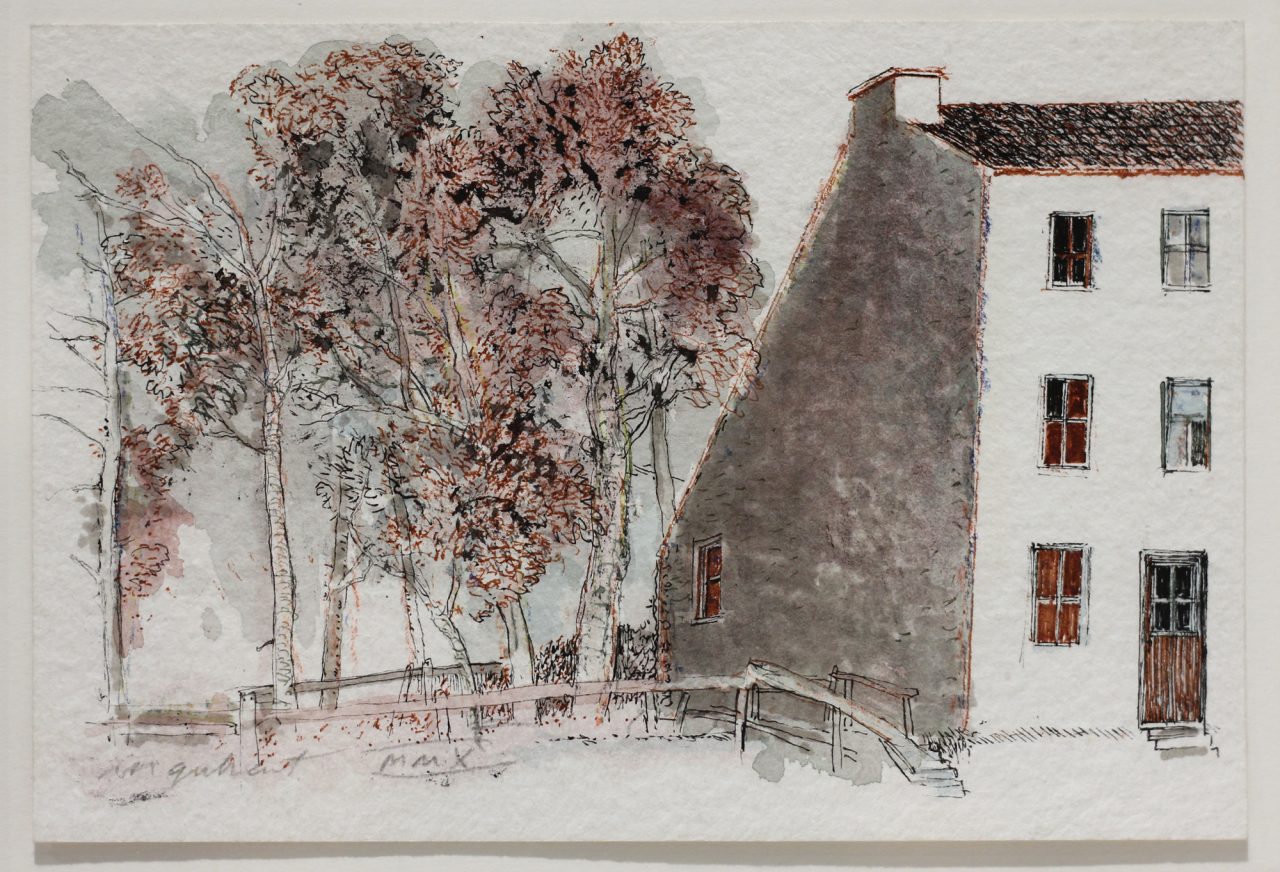 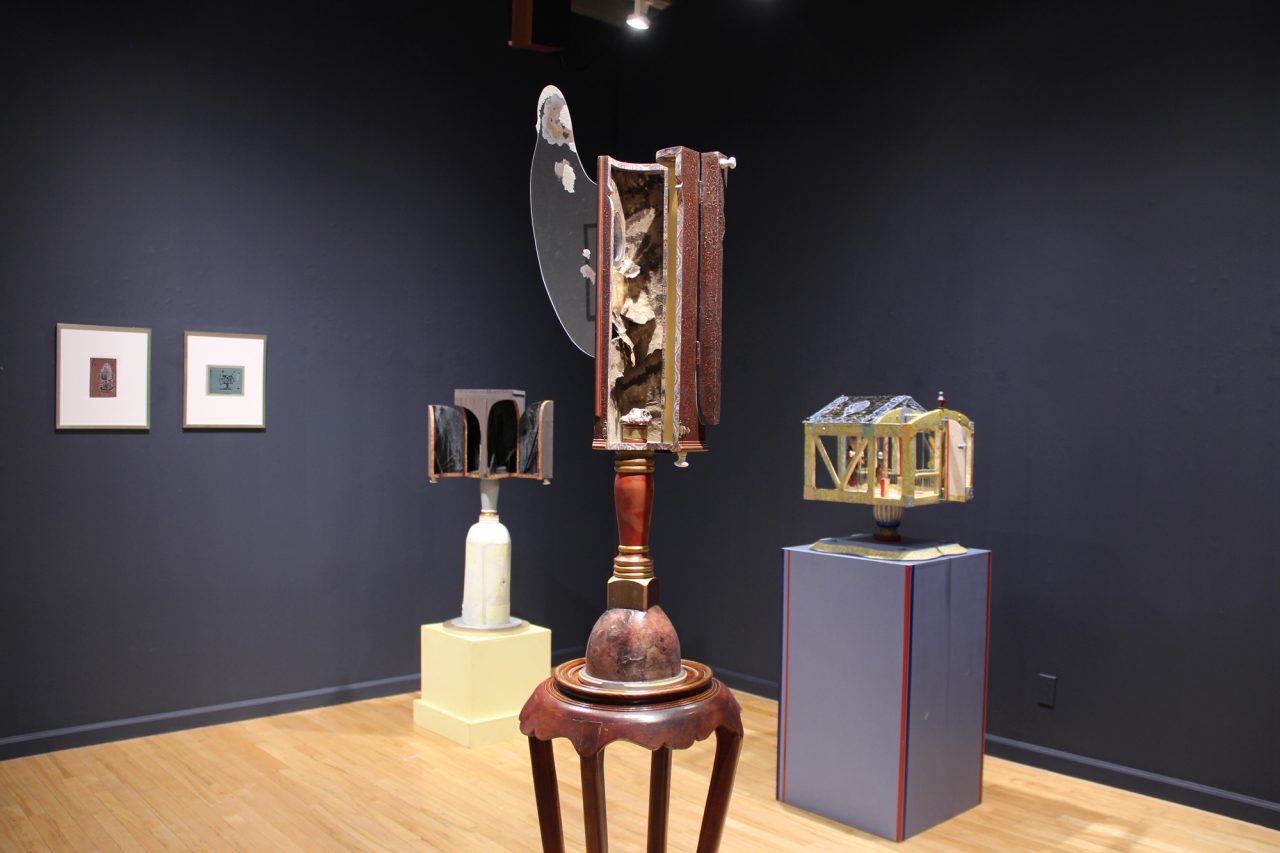 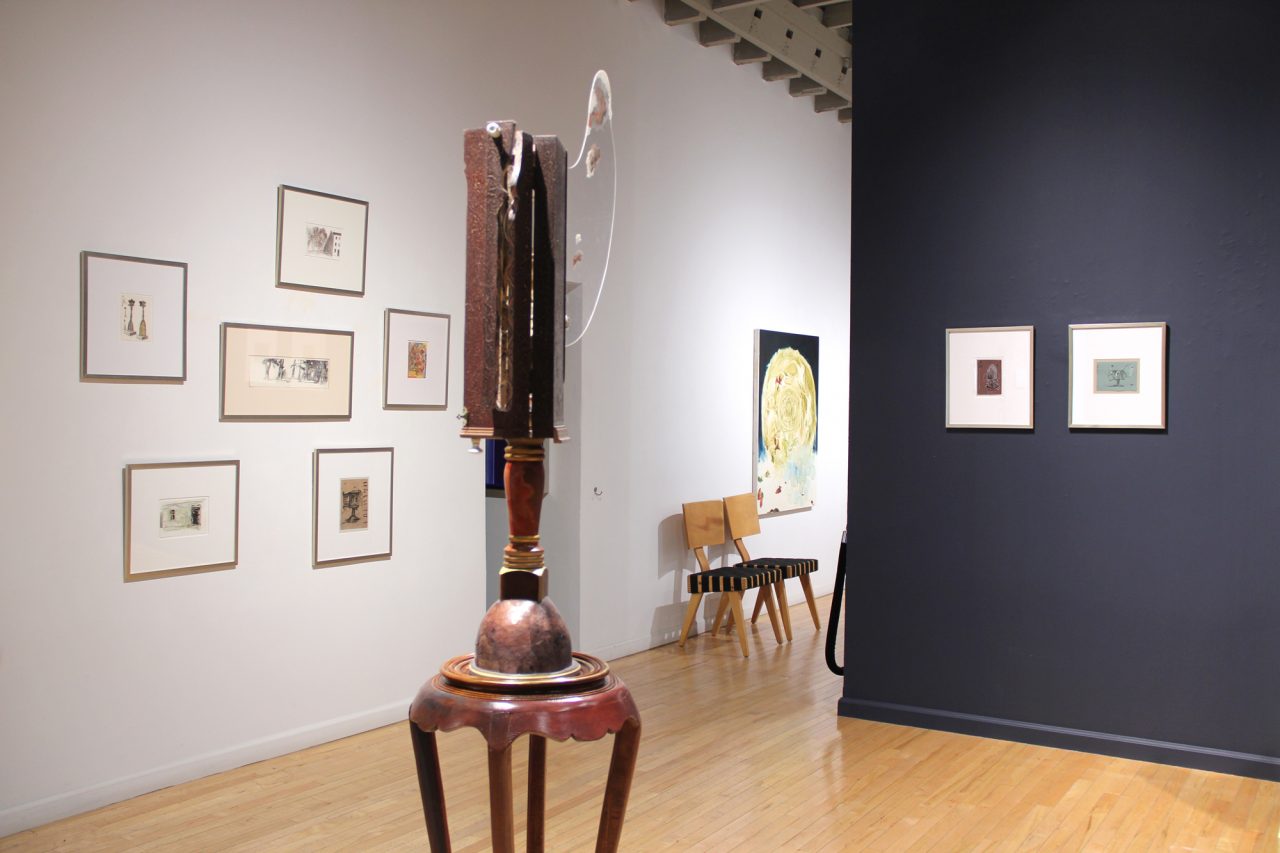 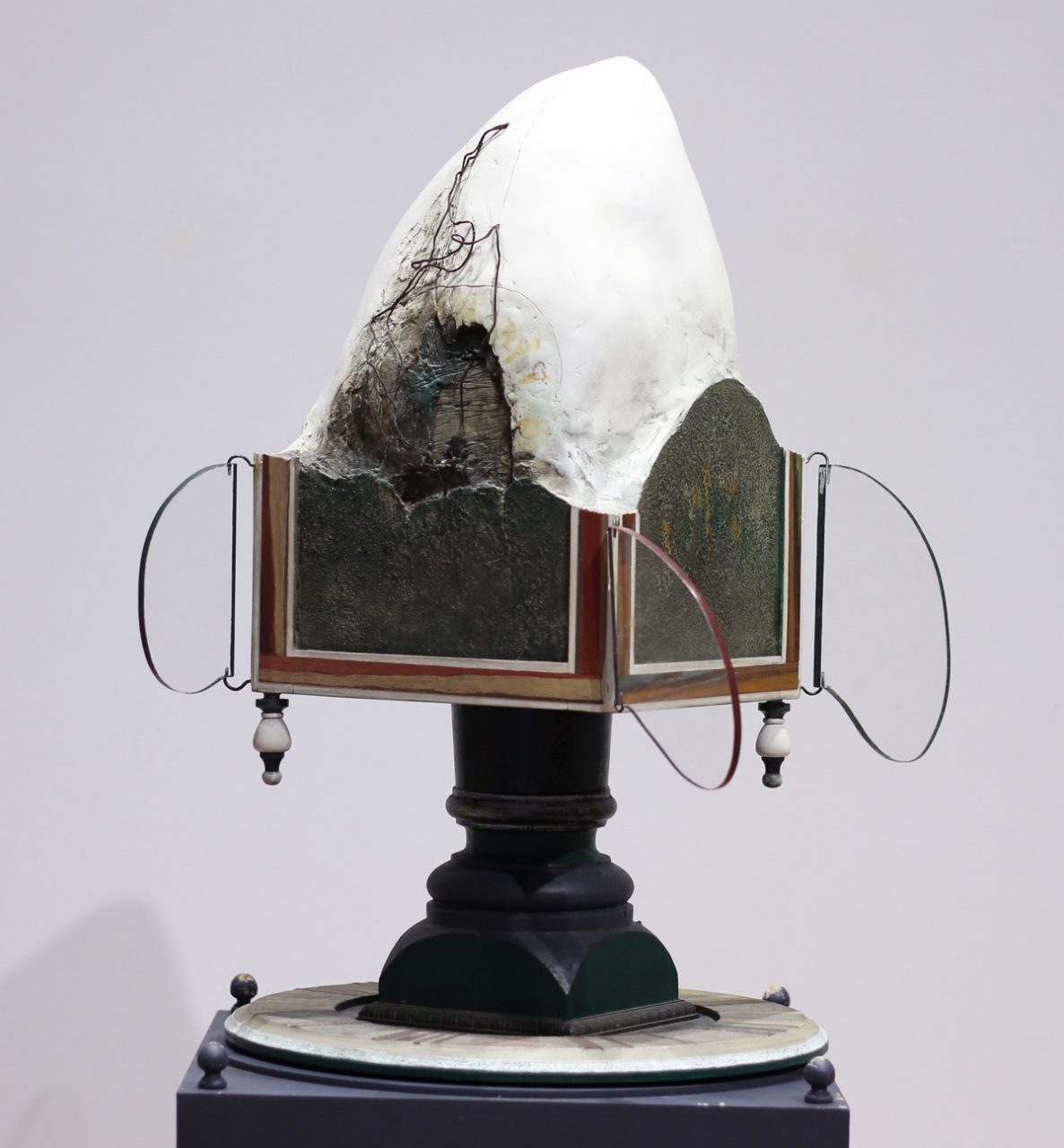 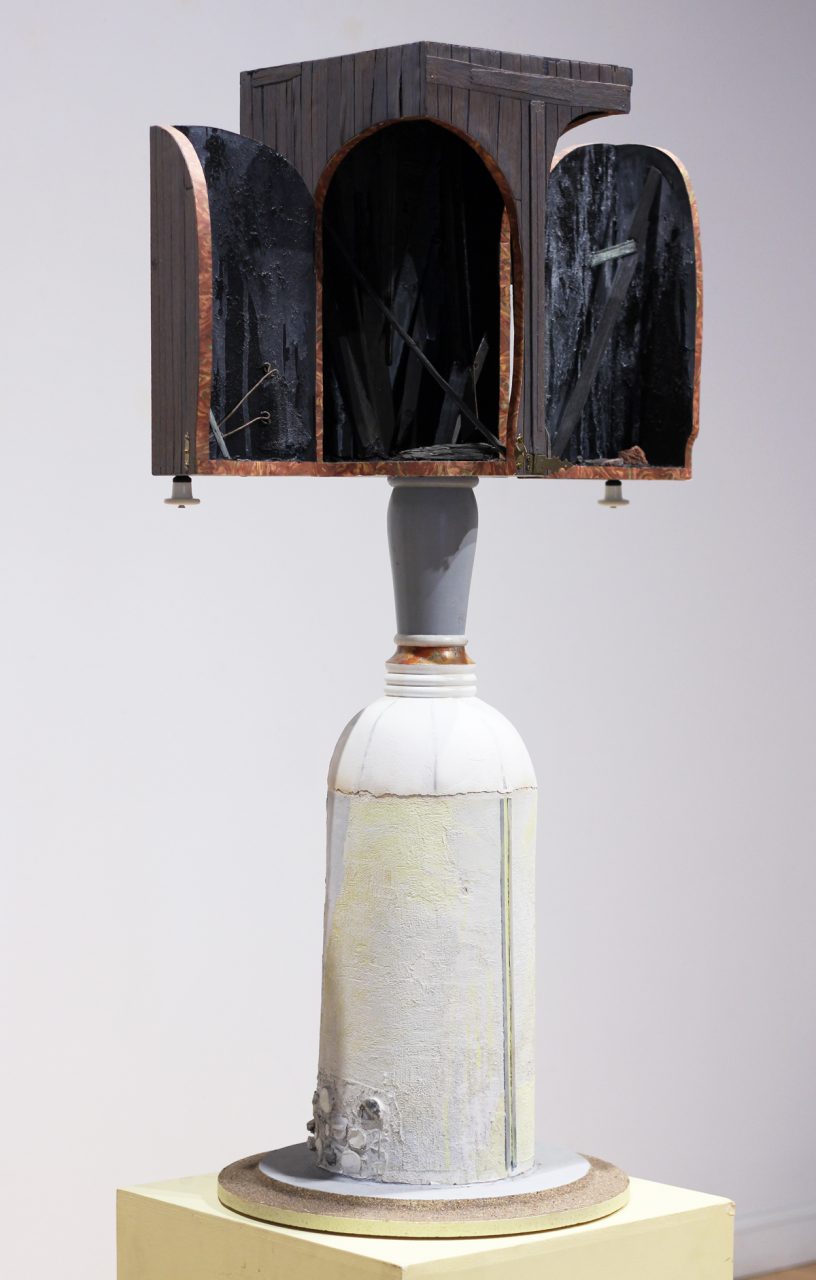 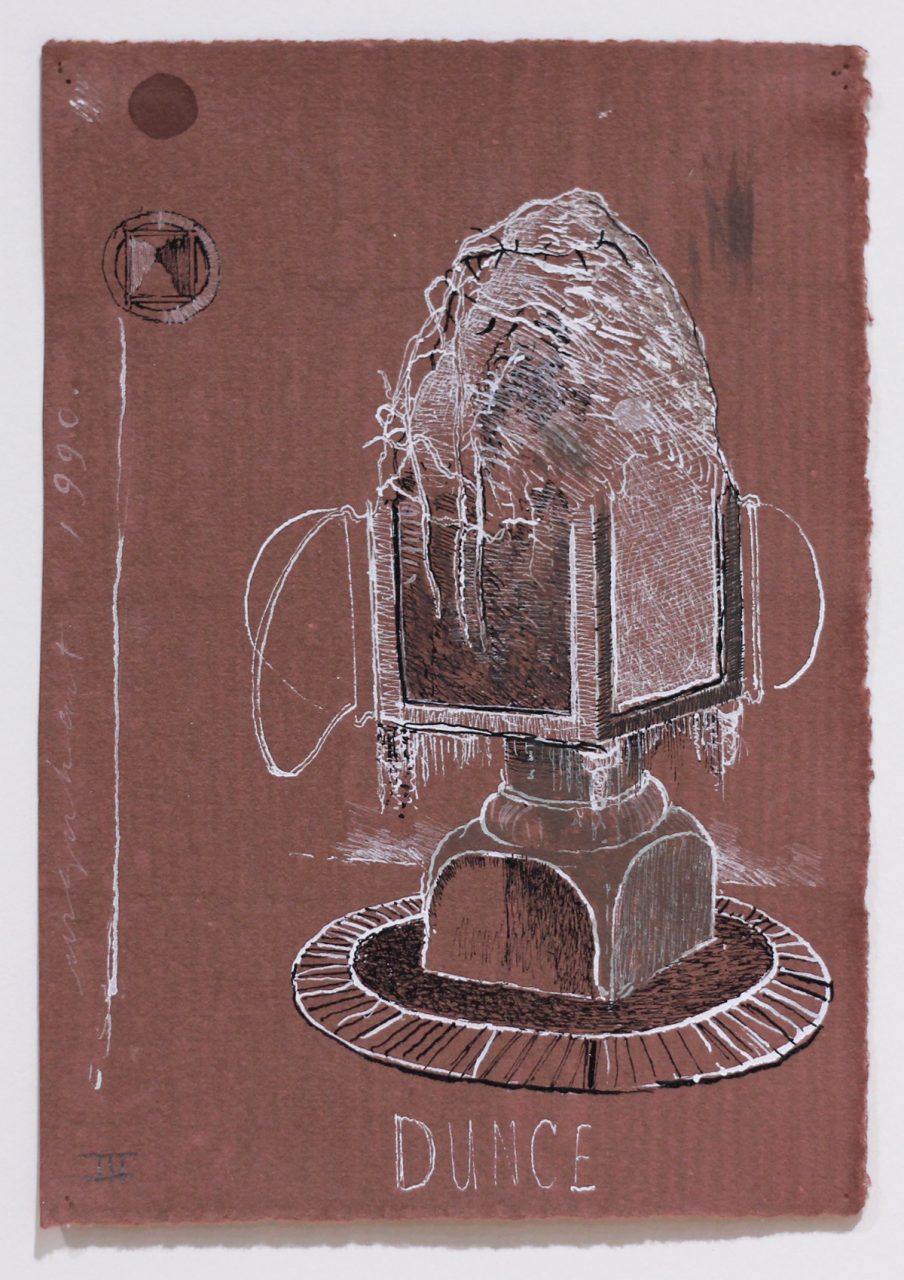 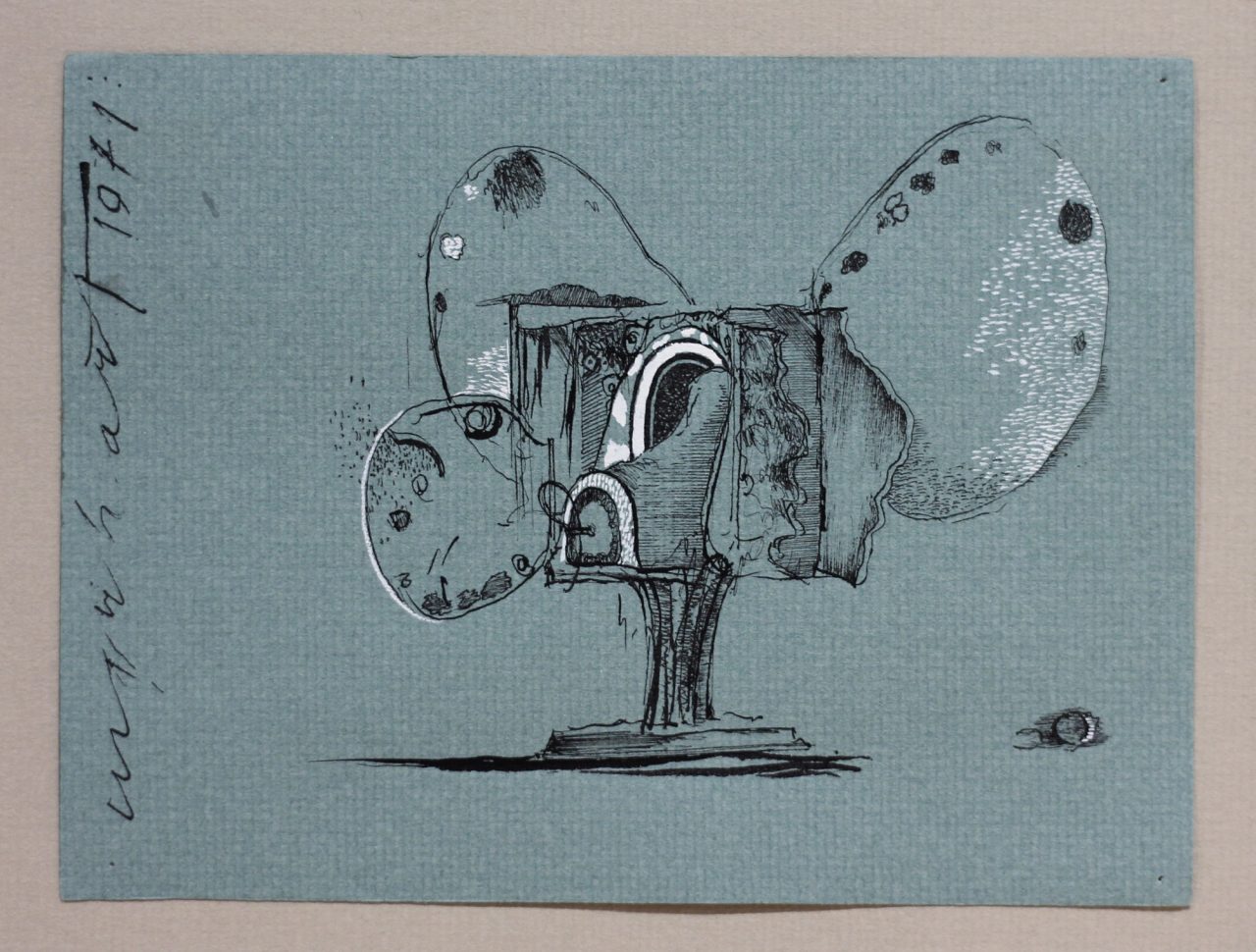 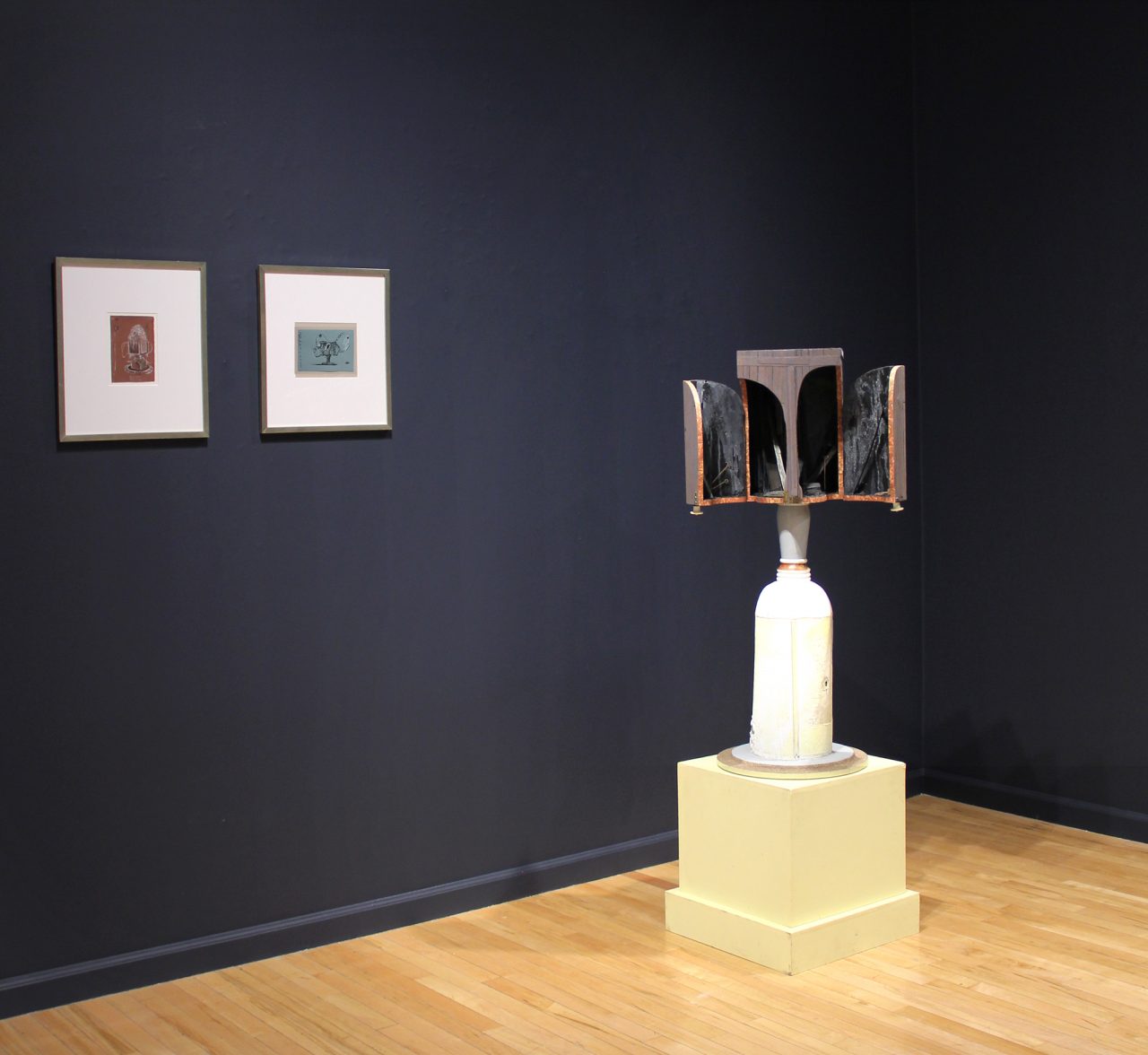 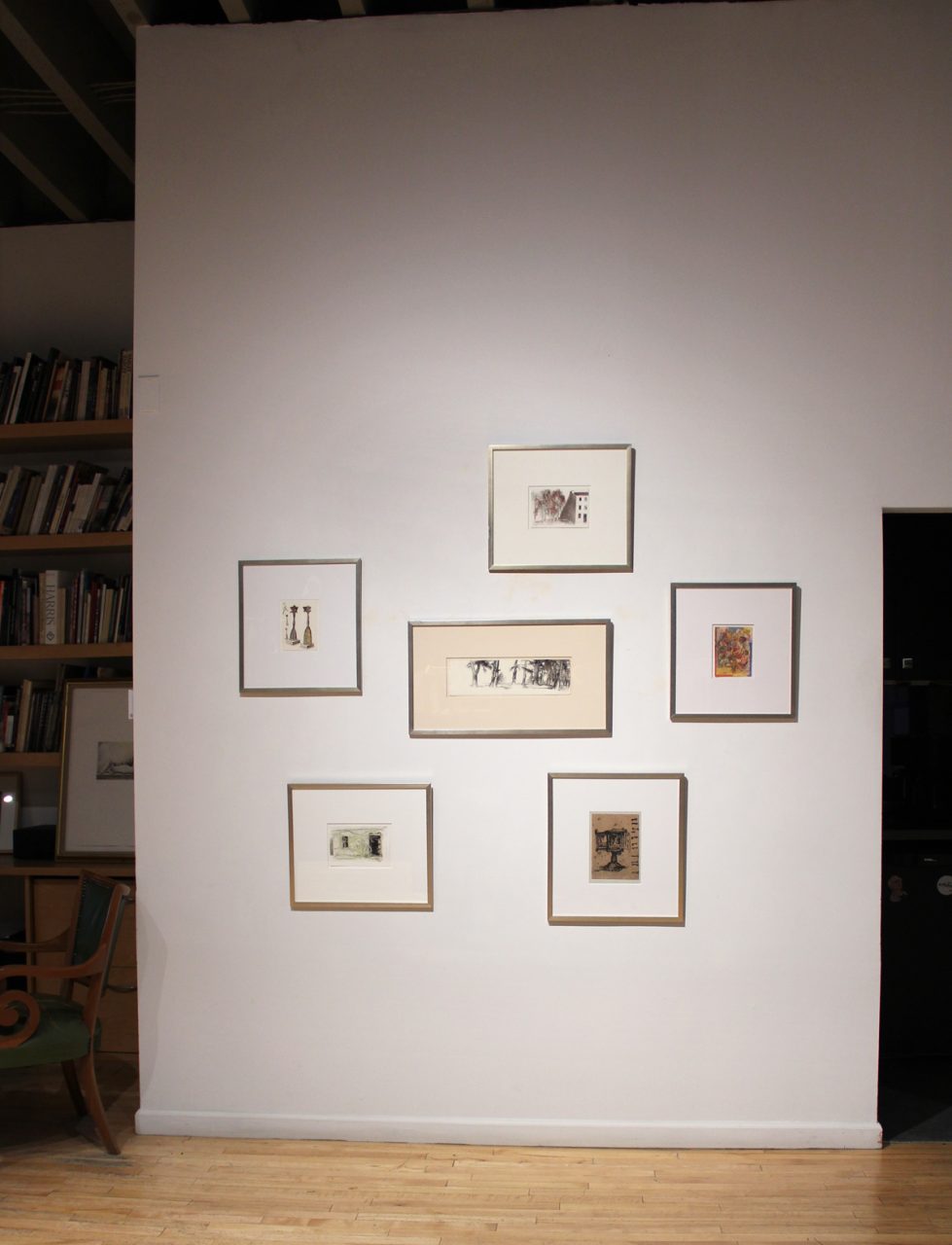 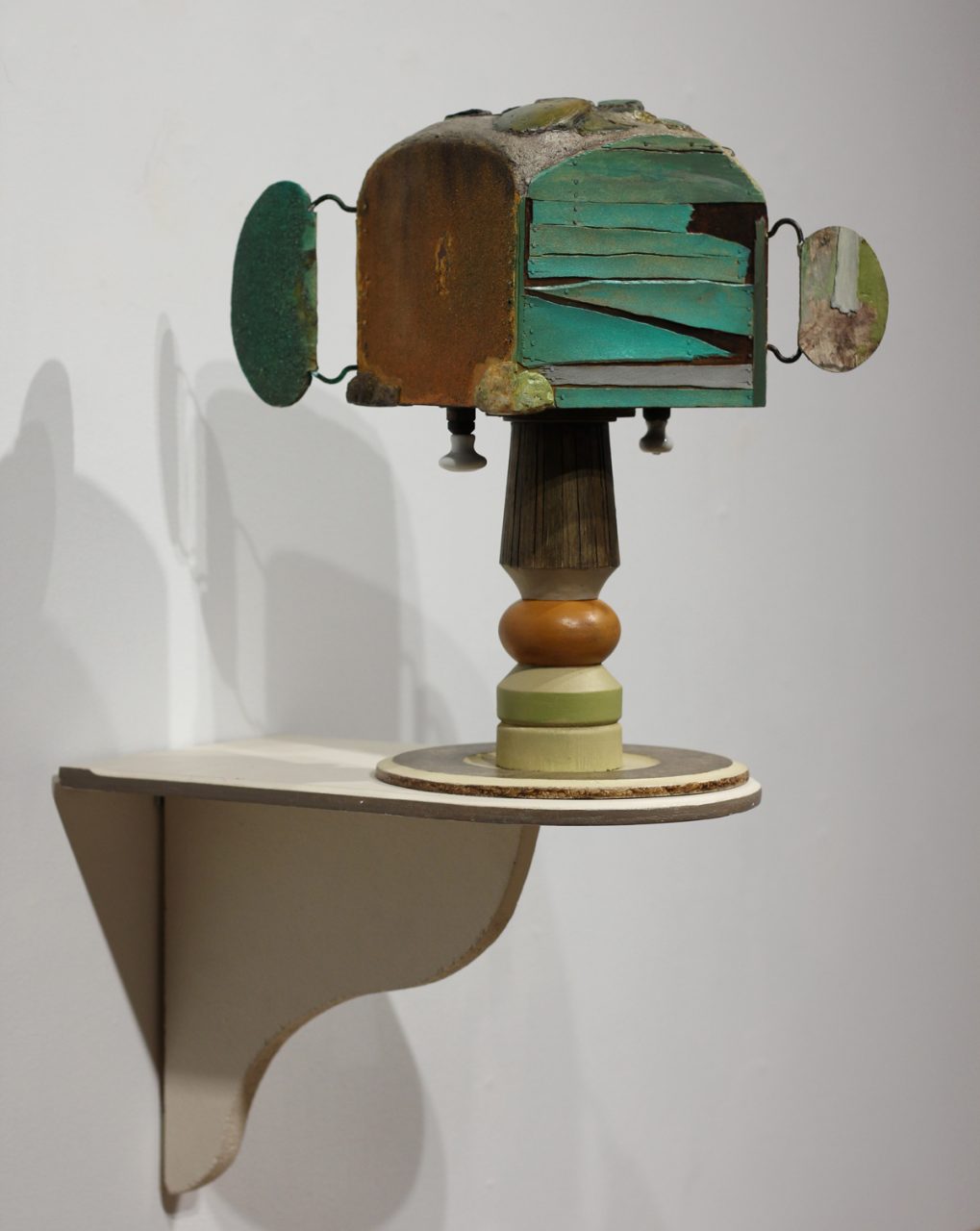 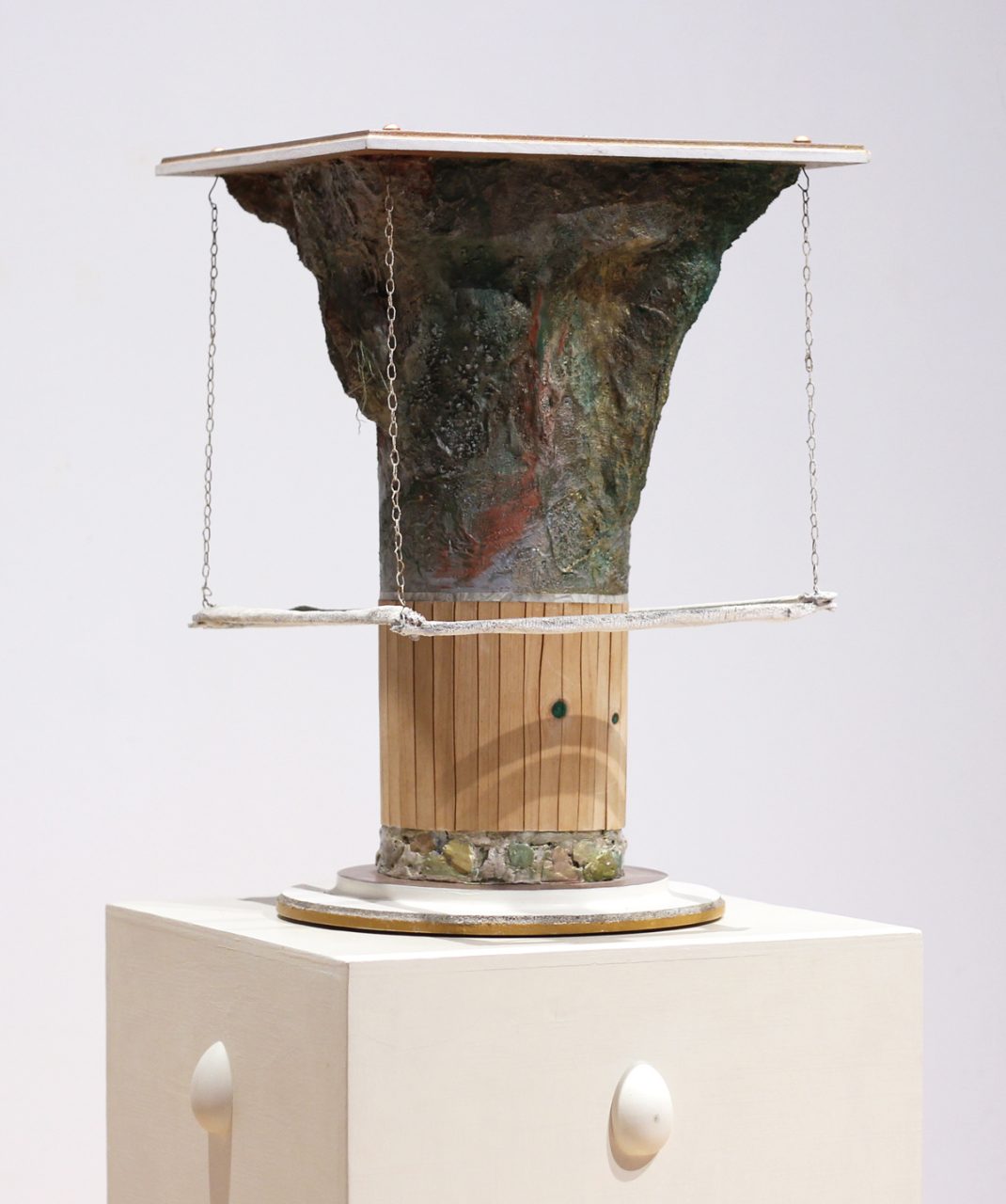 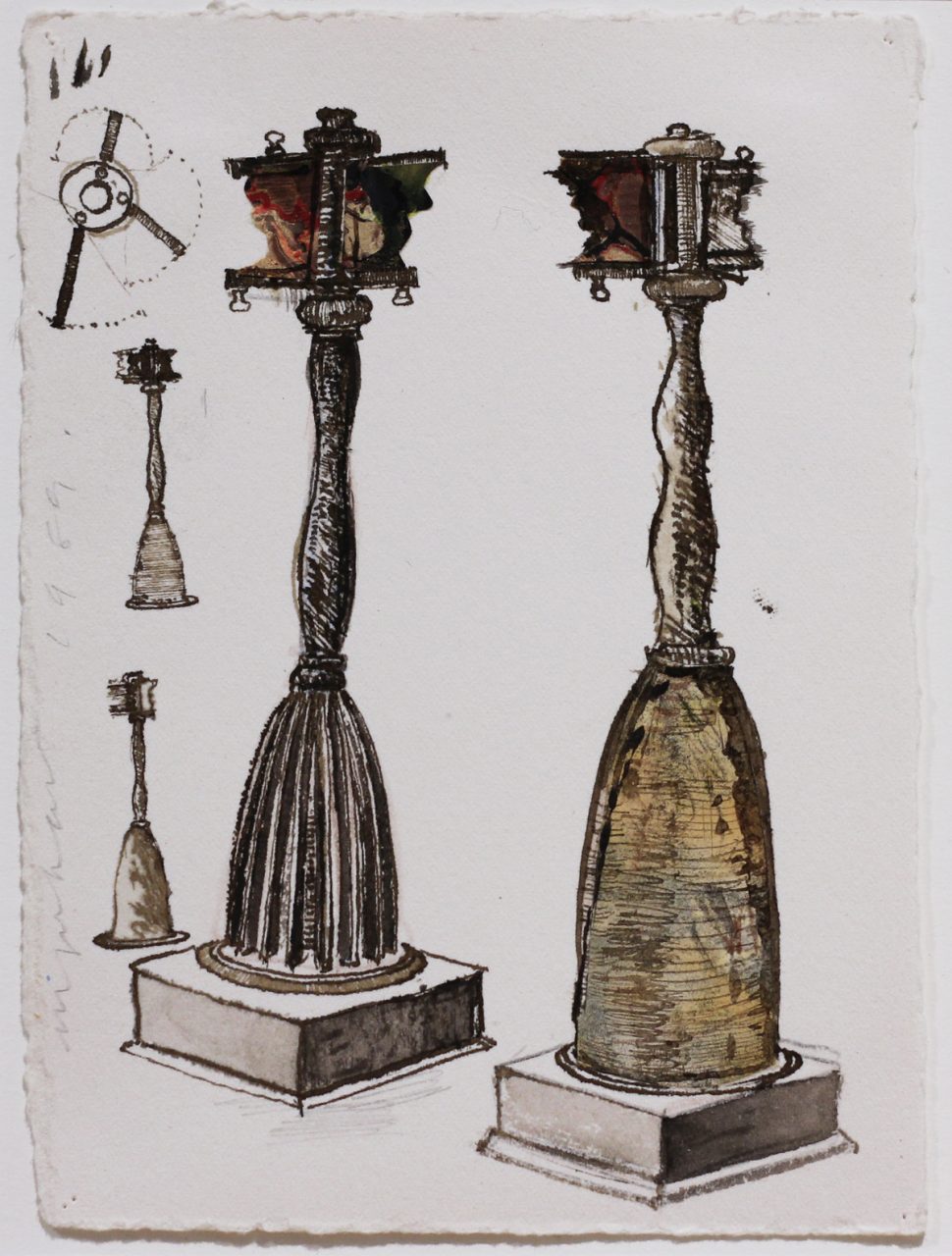 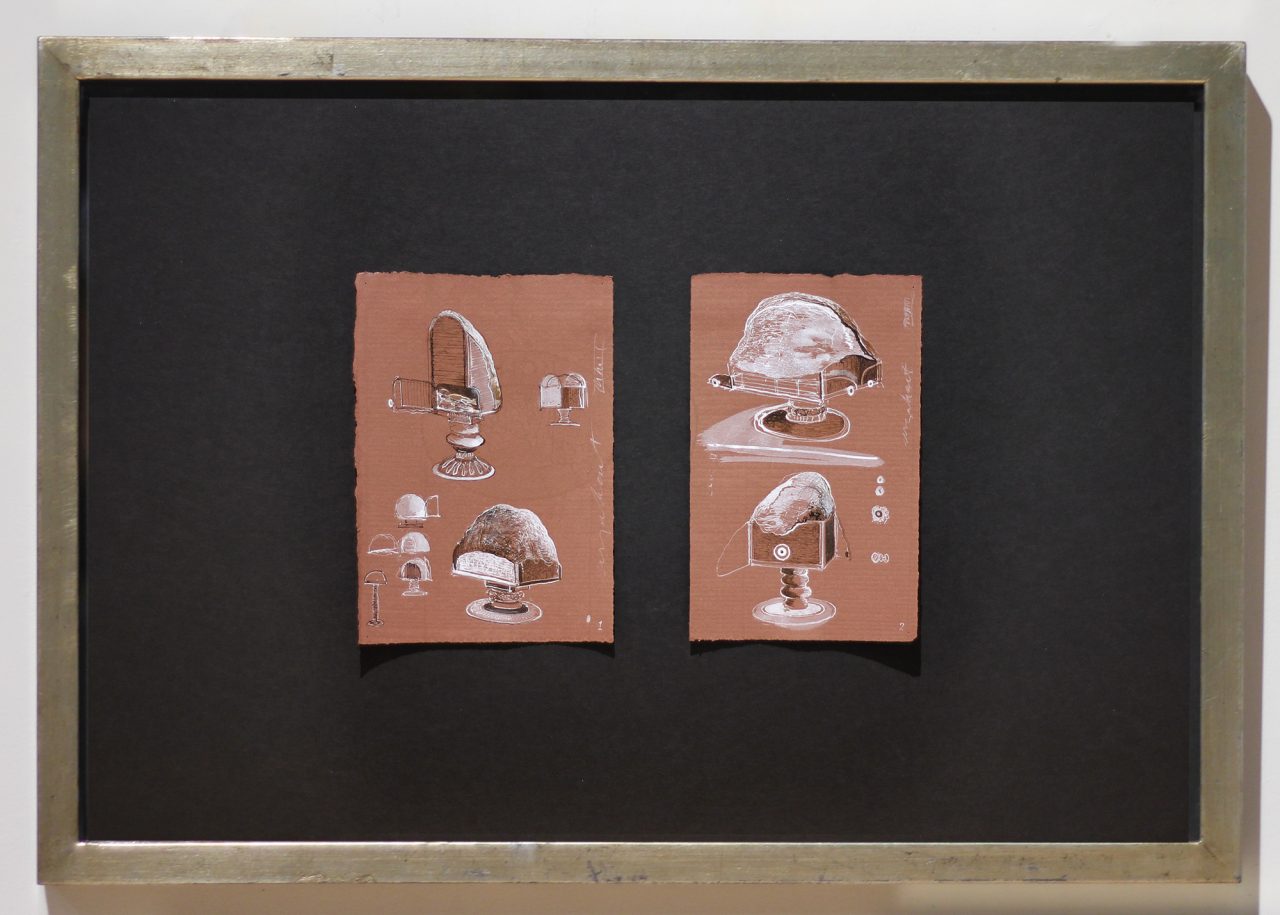 Tony Urquhart was best known for his “box” sculptures and meticulous drawings influenced by religious art and architecture.  In our middle gallery for the month of December we are exhibiting a small survey of his playful “box” sculptures dating from 1970-2007 accompanied by select drawings.

Inspired by altarpieces and European church reliquaries, Urquhart created complex multi-media sculptures with doors, wings and knobs.  The painted landscapes and miniature interiors are meant to be engaged with, creating a sense of wonder and discovery that Urquhart is best known for.

Tony Urquhart has a strong connection to London, moving here in 1960 at the beginning of the Regionalist movement.  As the first artist in residence at the University of Western Ontario, he helped hire Western’s first visual arts professors, acted as curator of the McIntosh Gallery and was one of the artists who brought national attention to the flourishing art scene.

Growing up in St. Catherine’s, Urquhart’s artistic influences came more from Buffalo and the New York Abstract Expressionists.  His visceral response to the icons, graveyards and gardens of Europe also fed his unique vision and separated him from the rest of his fellow Isaacs Gallery artists.

The boxes, specifically, combine all aspects of his interests – landscape, architecture and fantasy – and began in 1967.  They quickly became little worlds in themselves that include the spectator and invite participation.  Each one is a small isolated museum of objects, landscapes and ideas, prepared carefully for our discovery.

“I have been making box sculptures since 1965 – ones that open since 1967.  A long time ago I learned that it was better to explore ideas and form through a lot of drawing rather than find myself lost – or worse, bored – halfway through a piece.”

Tony’s drawings and sculptures invite us into an intimate world, filled with romantic landscapes and classical architecture, meditations of a forgotten world. 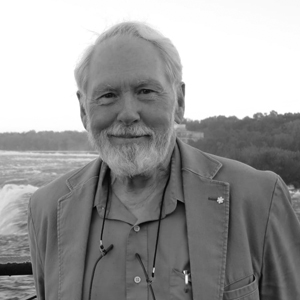 Tony Urquhart (1934 – 2022) was a Canadian pioneer of abstract painting, known for his “box” sculptures and his meticulous drawings and paintings influenced by religious art and architecture.