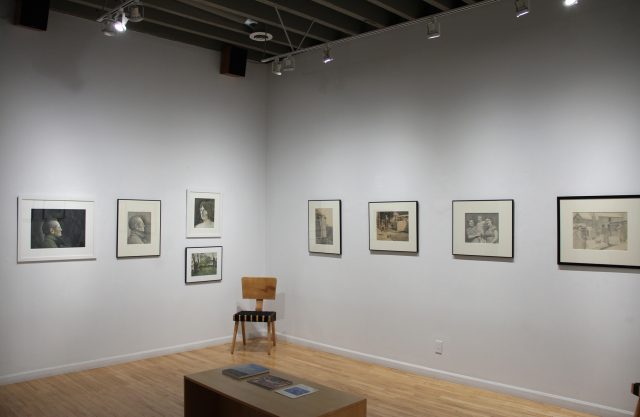 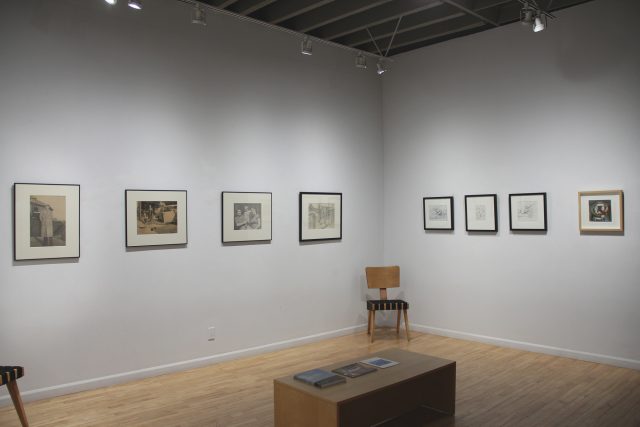 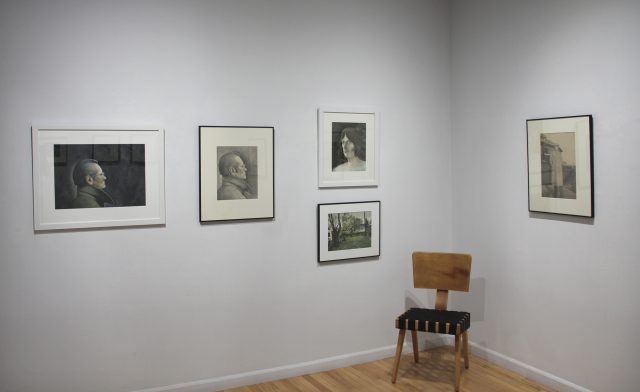 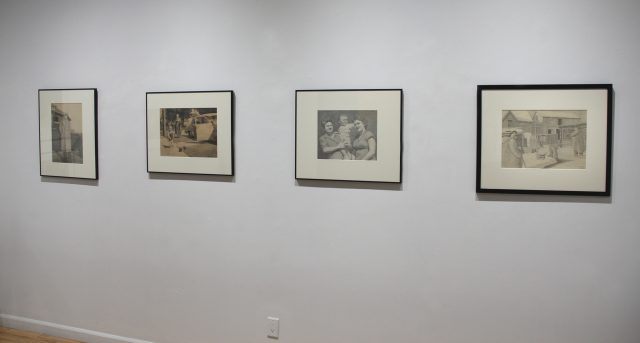 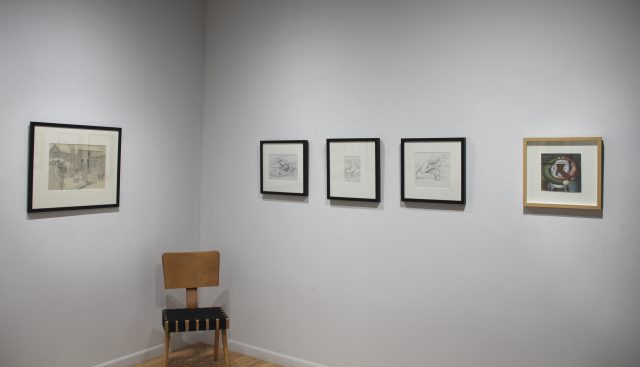 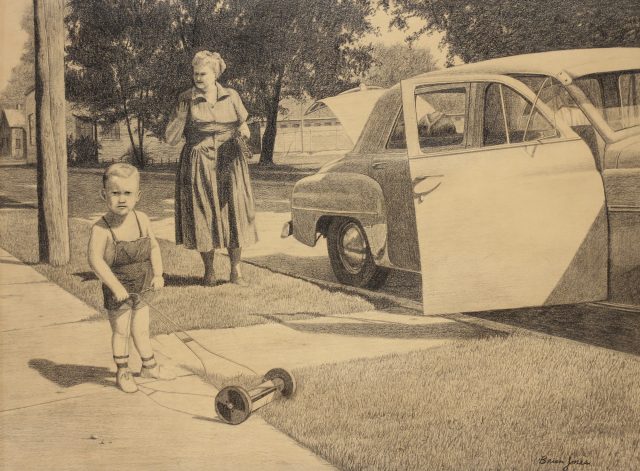 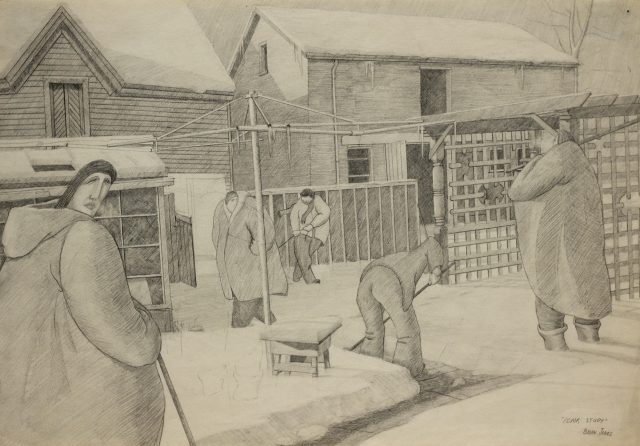 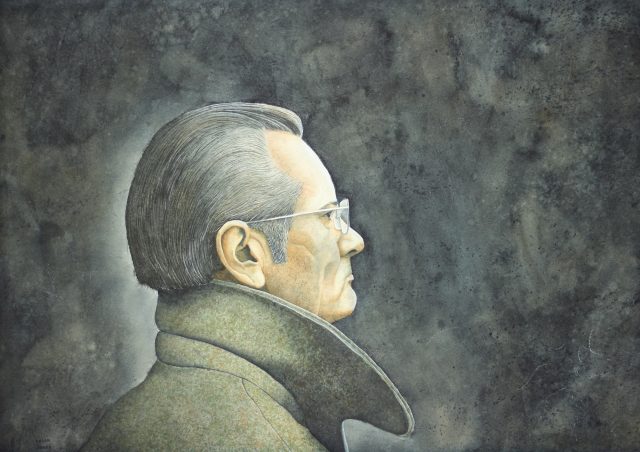 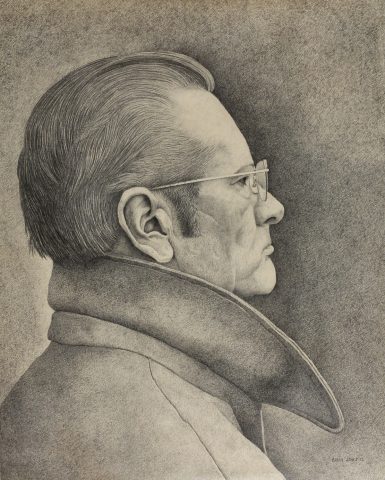 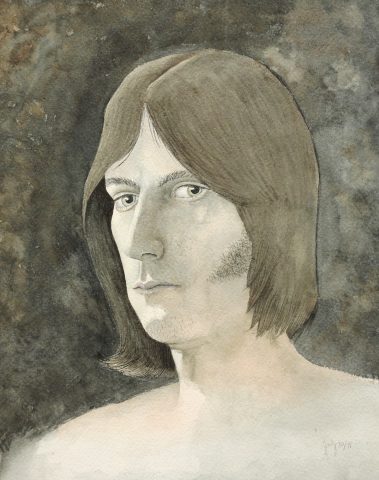 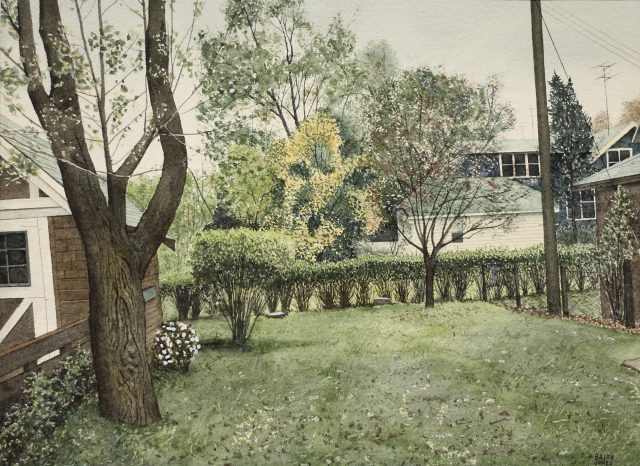 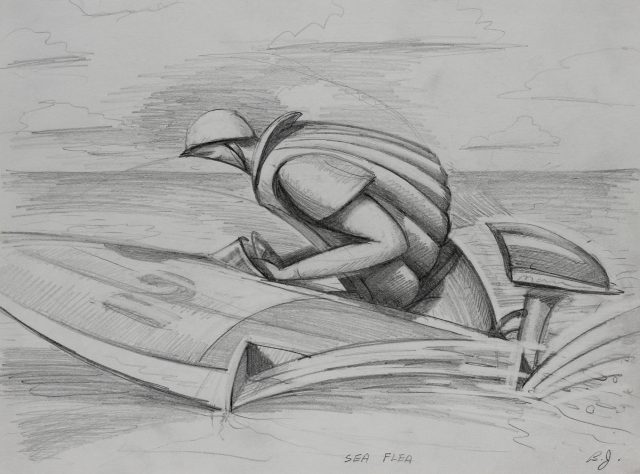 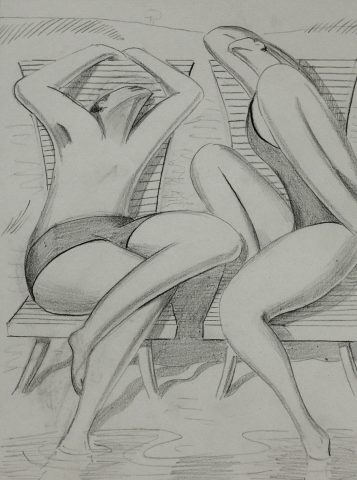 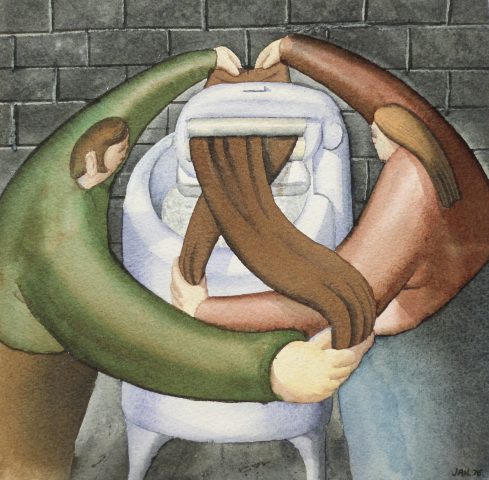 In 1969, Brian Jones moved to London to attend the special art course at H.B. Beal Secondary School.  After school and a brief apprenticeship with Jack Chambers, Jones dedicated himself to a straight-forward realism.  It was an important time in his development as an artist, which led him to his recognizable “Neighbours” style.

Working from family photo albums, Jones (like Chambers) embraced a subject matter that reflected everyday life: simple, ordinary moments from the past.  His exquisite and highly accomplished 1970s drawings and watercolours included in our middle gallery exhibit reflect this intimate world filled with Brian’s dynamic spirit.

As representatives of the Estate of Brian Jones we hold the archive from his studio which includes his personal notes, photographs, books, press clippings, slides and sketchbooks.  We have curated from the material this deeply personal exhibition that shares the development of a rising young artist.  Influenced by Jack Chambers, Stanley Spencer and Pablo Picasso, Brian proves, through these incredible works, that he was also a talent uniquely his own.

In September 1975, Jones wrote:  In my work I hope to achieve a certain awareness of time and a sense of something mystical, without being gimmicky or surrealistic, but just working with colour and tone, remaining pure, or true to reality as it is.

In the paintings and drawings done from old family album snapshots, I want to make the viewer aware of the passing of time.  (ie. Our parents lives, our lives, our children’s lives), rather than something nostalgic or sentimental.

In the end, I guess, I’m just trying, with as little “style” or invention as possible, to bring out something special in the everyday. 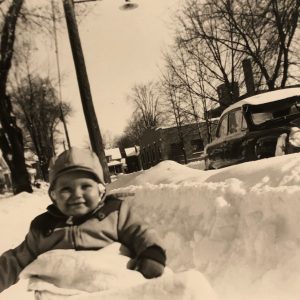 Included in our exhibit are drawings and watercolours ranging in date from when Brian graduated from Beal in 1971 through to the mid 1980s when he was embracing his new “Neighbours” style.

Highly personal, the artworks depict his father Lionel, his mother and grandmother, self portraits and a watercolour of his backyard on Stone Ave in Chatham, ON.  For Brian, what interested him in an image was simply the shape or design of a car or the light in the photograph.  There were no candid photos in the album, rather posed photos because, as Brian stated, “that’s the way people take photos”.

What is interesting about his comment, is the way he chooses to capture the figures in “Compositional study for Shovelling Show” (oil in the collection of the McIntosh Gallery).  This early “Neighbours” drawing depicts a neighbourhood working together to shovel the snow.  He takes a mundane ordinary scene and makes it more dynamic, inventing the story, characters and creating a more candid moment straight from life.

We have also included three sketches for mid 1980s “Neighbours” paintings – all beach themed – and a watercolour study titled “Doing Laundry”.  Brian was taught and formally followed the strict artistic method of beginning each work with a sketch, then drawing, watercolour and finally oil.  “Doing Laundry” eventually became an oil as well as the basis for his print “Wringing Trousers” (1976).  Found amongst papers and other supporting materials, we are pleased to share the watercolour with the public for the first time. 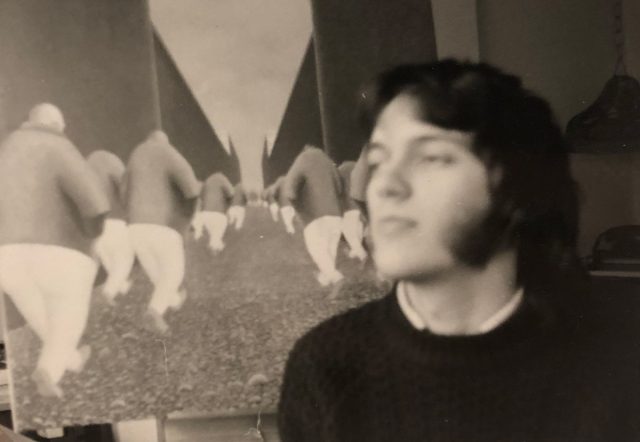 Brian Jones was born in 1950 in Chatham, a small city in south-western Ontario.

Upon completion of his training at H.B. Beal Technical School in London and after a brief apprenticeship with Jack Chambers, Brian became determined to pursue full time painting.  From the very beginning, his work depicted people during moments in their everyday lives – walking the dog, shovelling snow, picnicking in the park and visiting the grandparents. His strong narrative quality touched with subtle humour or charged with suspended energy links the artist and the viewer to common experiences mirroring life in Canada during the 50’s and 60’s.

Initially, a skillful photo-realist, Jones gradually learned that by adding a curve here, a line and some shading there, he could manipulate his images to great effect. By streamlining the figure, adding brighter colours and simplifying his shapes in a more abstract format, Jones developed what would eventually be called his “Neighbours” style.

The artist is represented in many major public collections: Canada Council Art Bank, Museum London, McIntosh Gallery, Confederation Centre Art Gallery, Province of Ontario, City of Toronto Archives and in Corporate and Private Collections throughout Canada, the US and Europe.

Sadly, Brian Jones passed away after a brief illness in 2008.